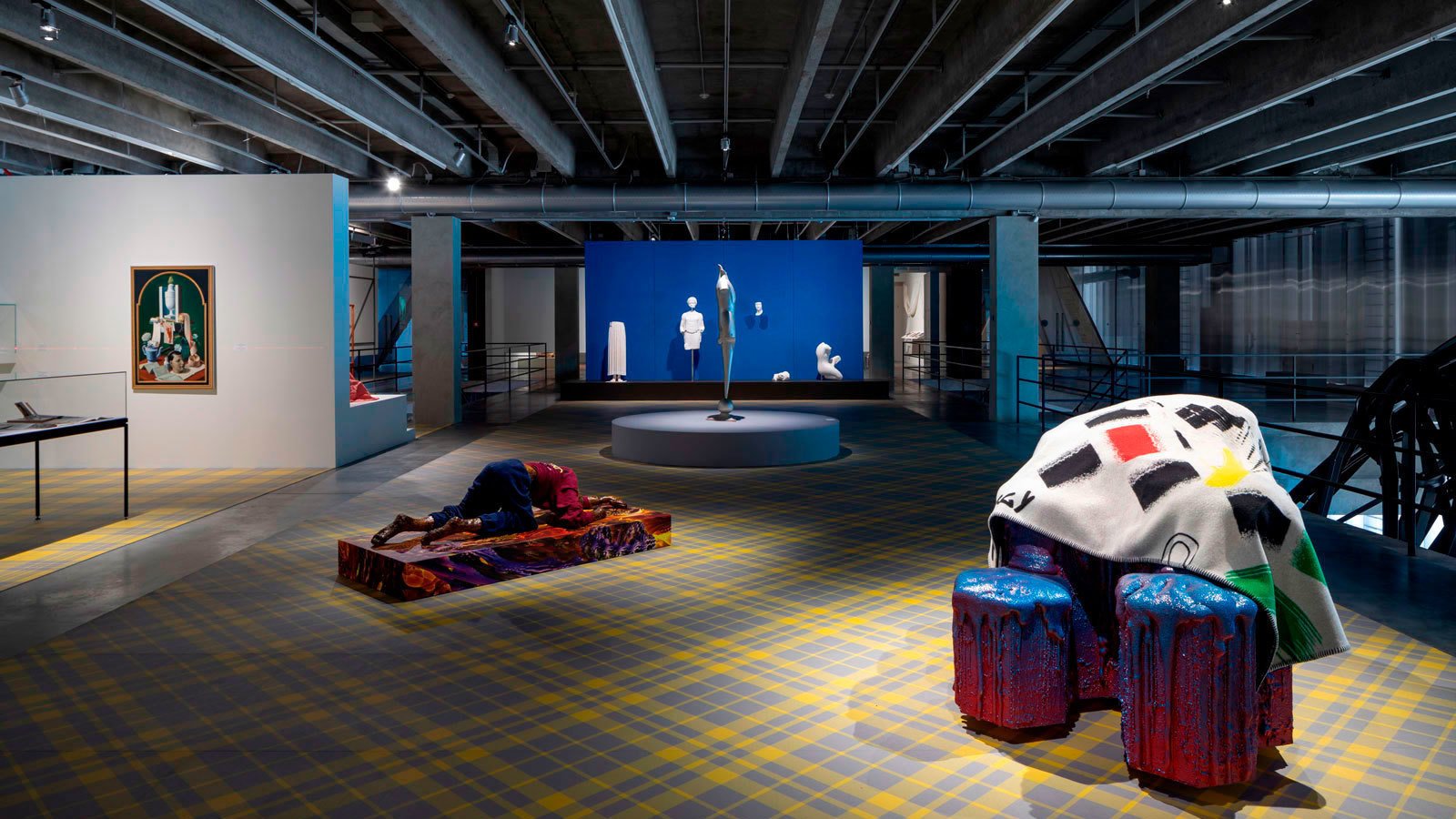 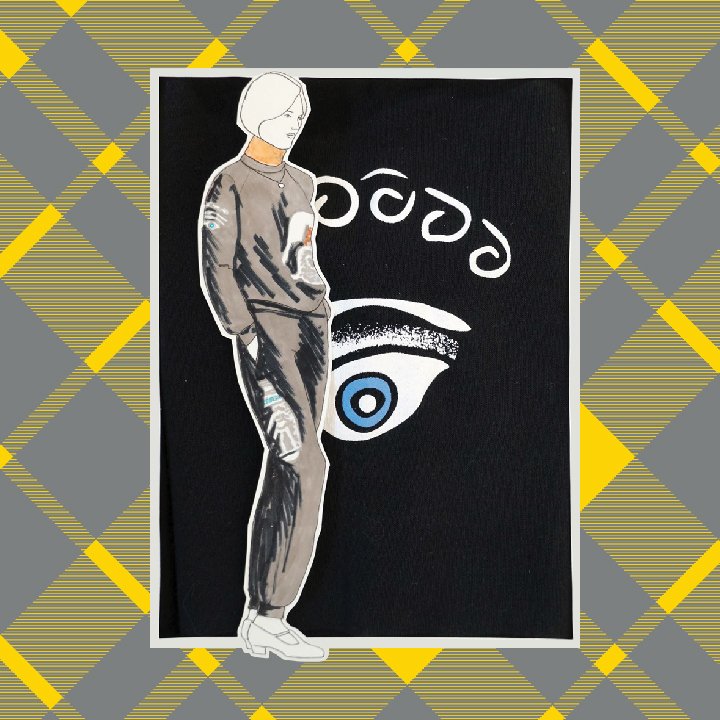 Atelier E.B (Atelier Edinburgh-Brussels) is the name with which designer Beca Lipscombe and artist Lucy McKenzie sign their collaborative projects. Formed in 2007, Atelier E.B is a fashion label that produces using local and exploitation-free manufacturing. It operates through networks outside the system of fashion, reinventing conventional modes of display and distribution. This often involves gallery presentations, which combine art, design, and cultural research.

The exhibition Atelier E.B: Passer-by is based on a two-year research project focused on issues around display and the people behind the rich and sometimes undervalued history of the twentieth-century world expos and fairs, iconic department stores, ethnographic museums and fashion in the former Socialist Bloc.

The name of the project reflects Lipscombe and McKenzie’s belief that consuming fashion is not just the individual purchase of garments but also the passer-by’s glances at shop window displays and the enjoyment of fashion through books, magazines, exhibitions, and the Internet. For Atelier E.B, the nexus of the overlap between art, design, commerce, and display is centered upon the figure of the mannequin and fashion display; as modes of artistic expression and reflectors of cultural change. The exhibition has a broad chronology: the duo’s historical research traces multiple narratives within art, design, and, retail, while commissions by contemporary artists focus on  the contemporary image of the mannequin. The project also features a bespoke display for Atelier E.B’s fashion designs, including their most recent collection Jasperwear.

The exhibition has previously been shown at the Serpentine Galleries, London (2018) and Lafayette Anticipations in Paris (2019). Each iteration of the project, including the one at Garage, was conceived to respond to its context. With the help of the Garage Field Research program, Lipscombe and McKenzie have examined how fashion and display functioned in the Soviet Union, within the restricted landscape of official magazines and fashion houses, and what this meant for individual consumers. They look at the Russian diaspora’s contribution to Western design, and how techniques and craft forms necessary for the “planned obsolescence” of capitalism were channeled into more permanent projects such as museum display and the Exhibition of National Economic Achievements (VDNKh). Passer-by is Atelier E.B’s most ambitious joint project to date.

Featuring contributions from dozens of practitioners and experts, Passer-by is underpinned by Atelier E.B’s firm belief in collaboration both in research and production. Lipscombe and McKenzie invited artists Tauba Auerbach, Anna Blessmann, Steff Norwood, Elizabeth Radcliffe, Bernie Reid, and Markus Selg to produce a mannequin or display device on which to present selected garments from their previous fashion collections: Inventors of Tradition (2011), Ost End Girls (2013), and Inventors of Tradition II (2015). Each of these artists recognizes the cultural significance of clothing within their own practice and is a customer or collaborator of Atelier E.B.

There are several other collaborations in the show: a new sculptural work made with Markus Proschek and produced by Lafayette Anticipations; and digitally produced objects made with Calum Stirling. A new app has been developed by Atelier E.B to explore the future of retail and display in the digital age. Shifting through different times, histories, and ways of looking, visitors become passers-by within Atelier E.B’s hybrid dreamscape.

Until 2011 she taught on the MA Fashion+Textiles at The Glasgow School of Art, stepping down from this post to concentrate on her own work and the work of her company Atelier E.B, which she runs in partnership with artist Lucy McKenzie. Lipscombe’s varied practice has included the production of fashion, commissioned display and interiors for public and private spaces, textiles, furniture, and publishing

The designer-artist duo challenging our perception of the fashion display 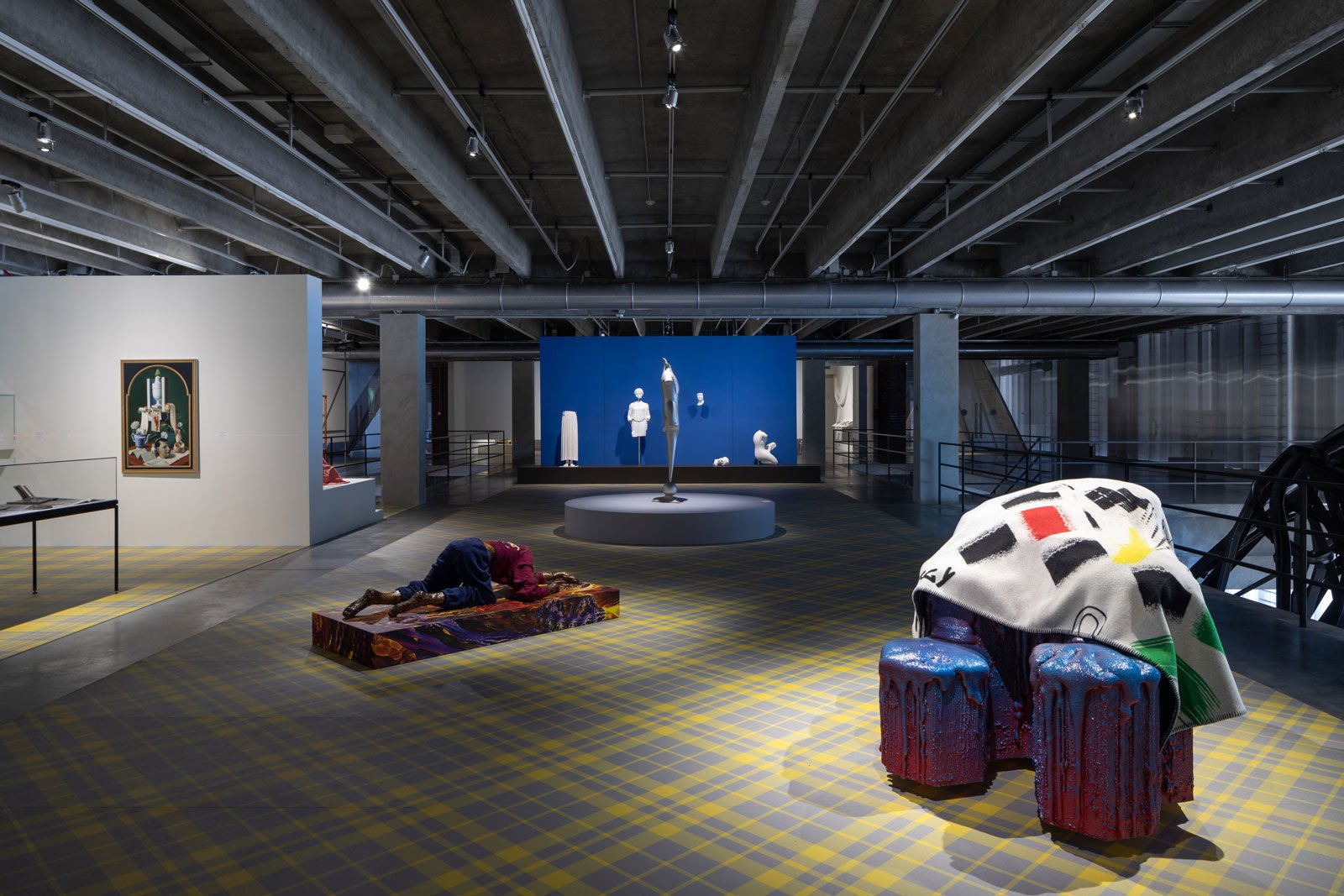 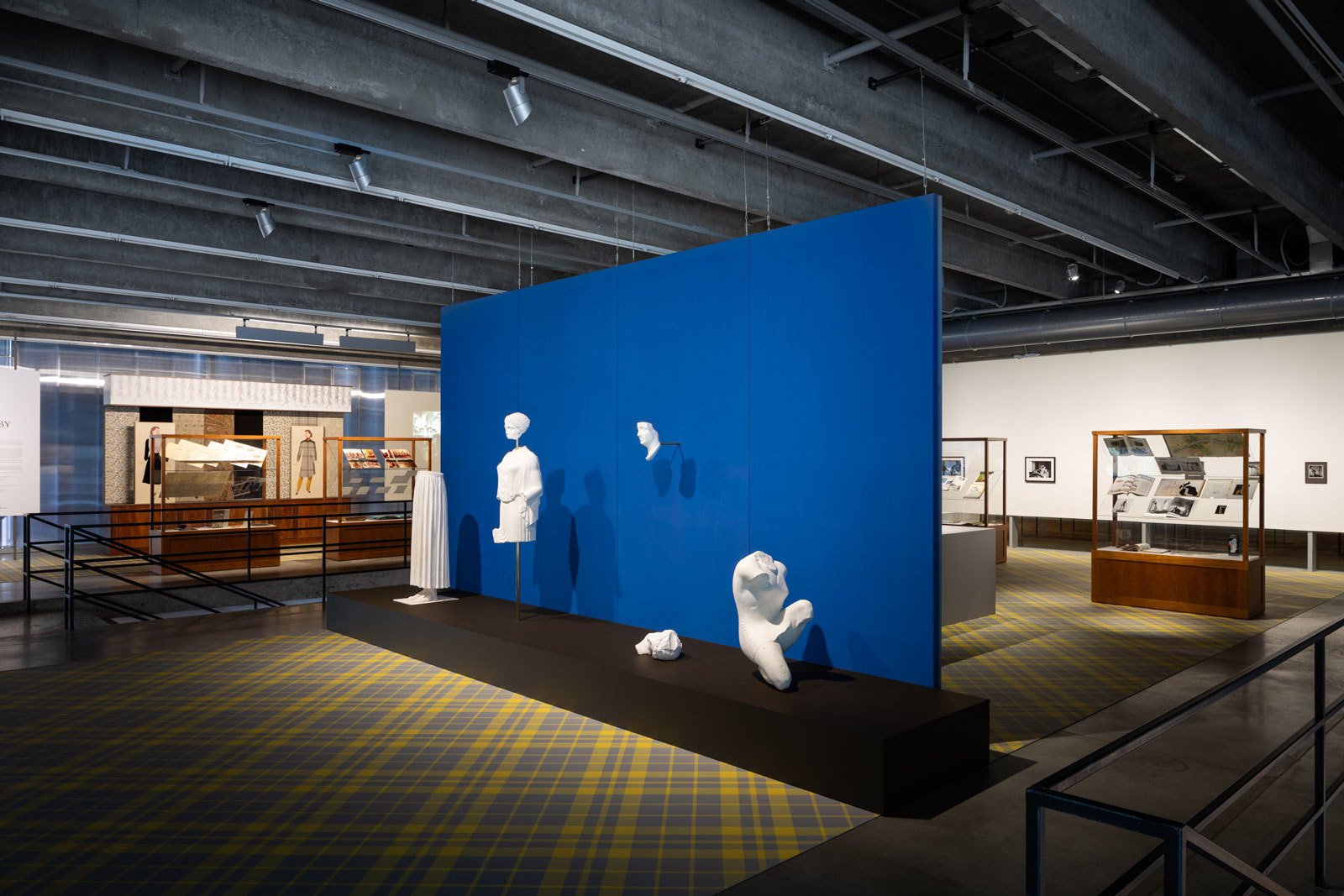 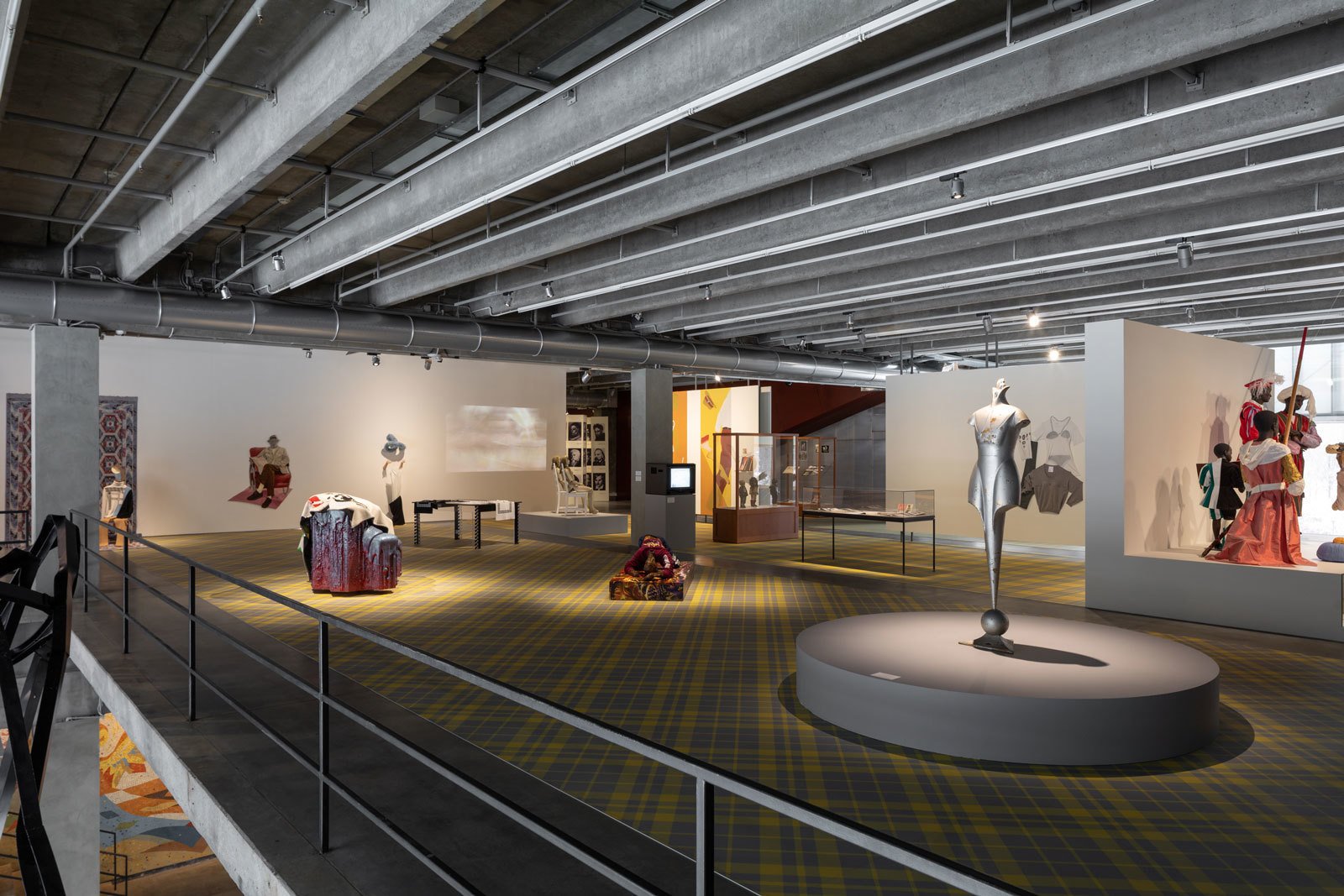 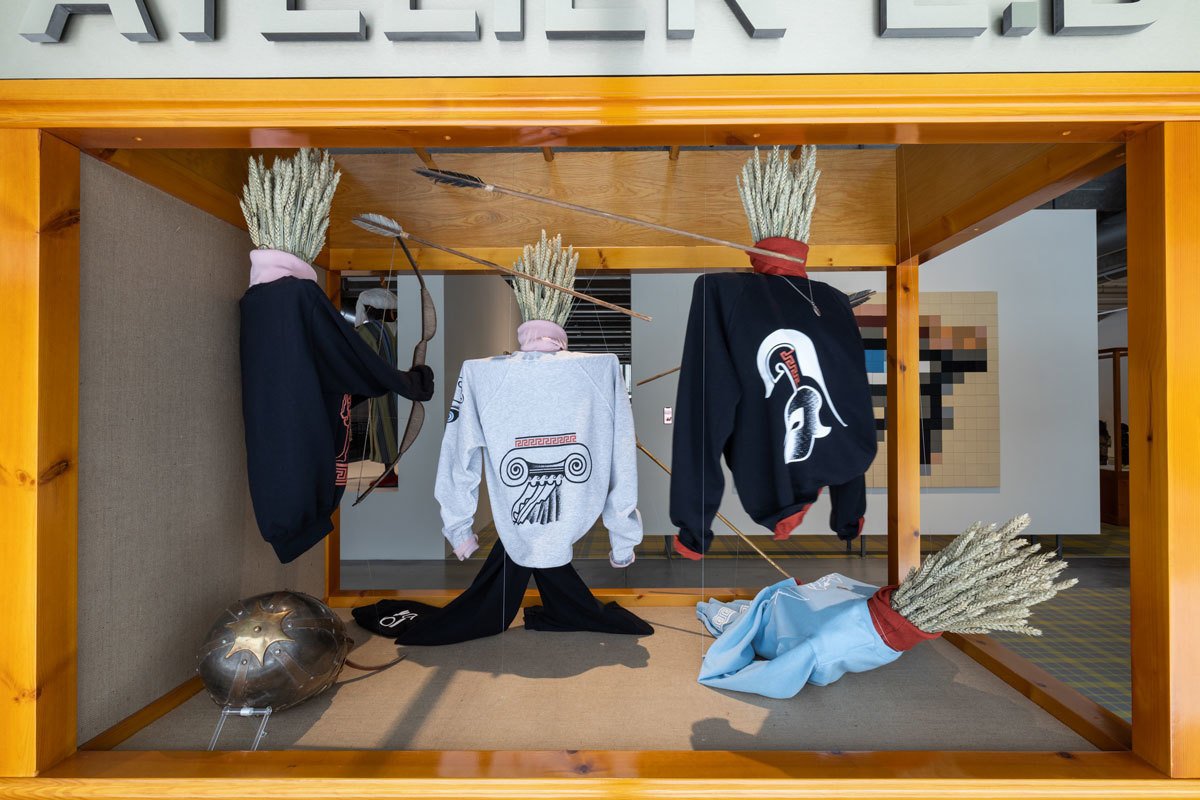 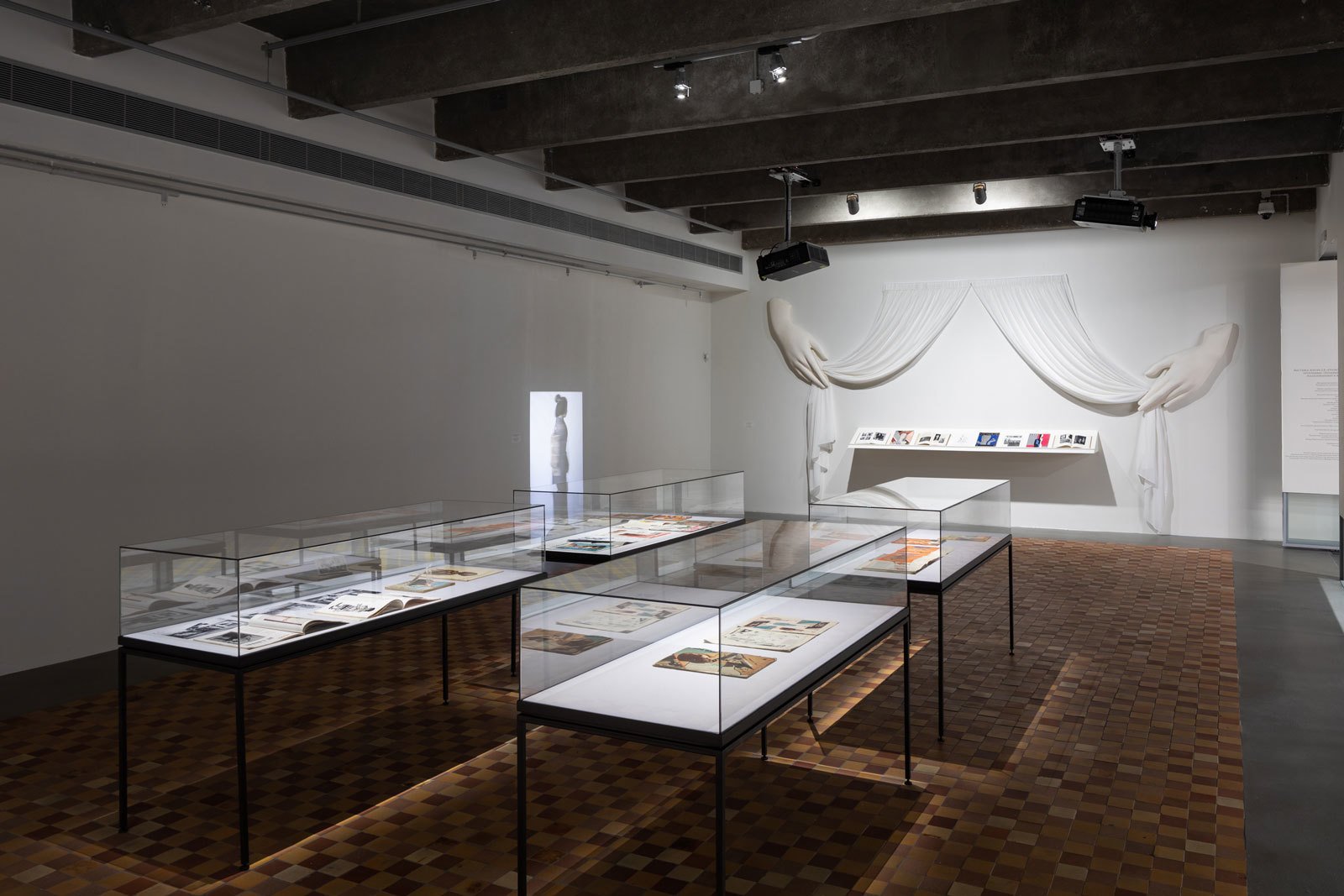 Public program
The public program for the exhibition Atelier E.B: Passer-by includes lectures and discussions featuring Russian and international experts in the history of fashion and exhibition design.

On offer for children and teenagers are masterclasses with Garage educators that will introduce Atelier E.B’s practice in the format of a Family Lecture.

The exhibition is accompanied by an audio guide.

On the first day of their exhibition Passer-by at Garage, Atelier E.B (artist Lucy McKenzie and designer Beca Lipscombe) will be in discussion with the project’s curators, Oksana Polyakova and Daria Bobrenko.

As part of the public program accompanying the exhibition Atelier E.B: Passer-by, fashion historian, journalist and TV anchor Tim Ilyasov will deliver an online talk on the history of Soviet fashion through the prism of fashion magazines.

“Programmed Architecture of Leonardo Mosso.” A talk by Olga Shpilko

The public program for the exhibition Atelier E.B: Passer-by continues with a talk on the museum and public architecture of Italian architect, artist, and theorist Leonardo Mosso by art historian Olga Shpilko.