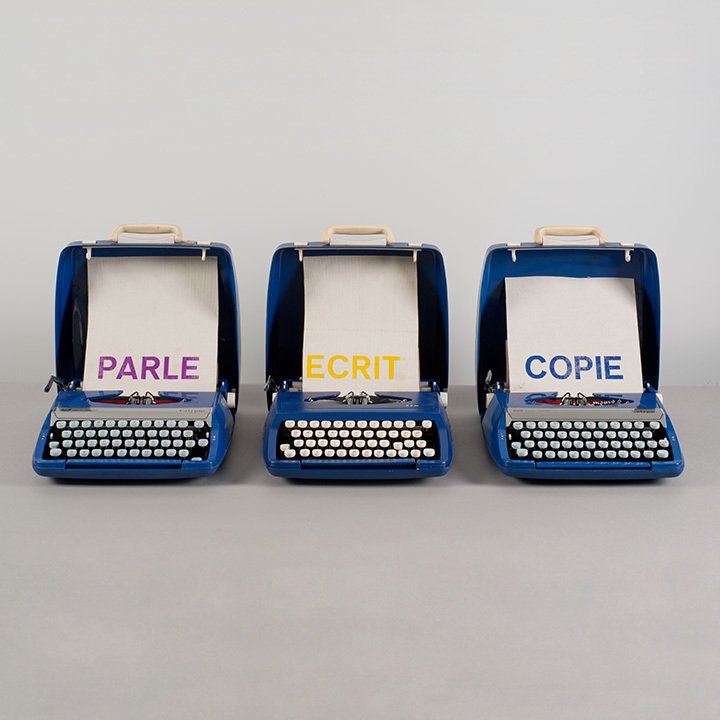 Developed specifically for the 10th anniversary of the Museum, the exhibition reveals what the artist once described as “the place where the world of visual art and poetry may perhaps converge on the exact dividing line that absorbs both.” Presenting over eighty works, including many of the artist’s key pieces—from early objects and films to sections of the project Museum of Modern Art, Department of Eagles, as well as his last installations with palm trees, also known as décors—the show reveal how Broodthaers’ use of language and unique take on institutional critique led to a cult following among Russian artists. It also examines the potential for rethinking the values of the museum as an institution, a mission Garage has been involved in since it opened ten years ago.

Broodthaers’ artistic career began in 1964, when he was forty years old. His work offered the possibility of a new relationship between text and image, as he had spent over two decades working as a poet and journalist. In 1968, he became the self-designated director of his own conceptual museum, Museum of Modern Art, Department of Eagles, only to declare himself an artist again in 1972, just as his museum gained institutional recognition. A legendary figure, Broodthaers was the pioneer of many conceptual strategies used by contemporary artists today: the idea of medium dissolved in his practice; he did not discriminate between unique and replicated objects; he was one of the first artists to highlight postcolonial issues in his work; and his investigation into the function of museums wrestled with their very structure. He revised and questioned everything that seemed rigid, unconditional, and mandatory, such as the artist’s signature, the status and meaning of text, traditional exhibition formats, art movements, and the mechanisms of art. Looking for “the art of distraction [in] the hope for a new alphabet,” Broodthaers left a rich legacy of enigmatic works ripe with humor, awkwardness, and contradiction, which continue to provide inspiration for new generations of artists around the world.

Broodthaers was born in Brussels in 1924 and died in Cologne in 1976. In twelve years as an artist he participated in over 115 exhibitions across Europe and in the United States, with eleven solo shows in the last year of his life.  In 2016–2017, he was the subject of a major retrospective at The Museum of Modern Art, New York, the Museo Nacional Centro de Arte Reina Sofia, Madrid, and K21 Ständehaus, Dusseldorf. In 2015, Monnaie de Paris in Paris and the Fridericianum in Kassel also mounted large-scale shows.

Garage would like to thank Maria Gilissen Broodthaers and the Estate of Marcel Broodthaers for making this exhibition possible.

Garage is grateful to V-A-C Foundation for the Russian premiere of décors installation. 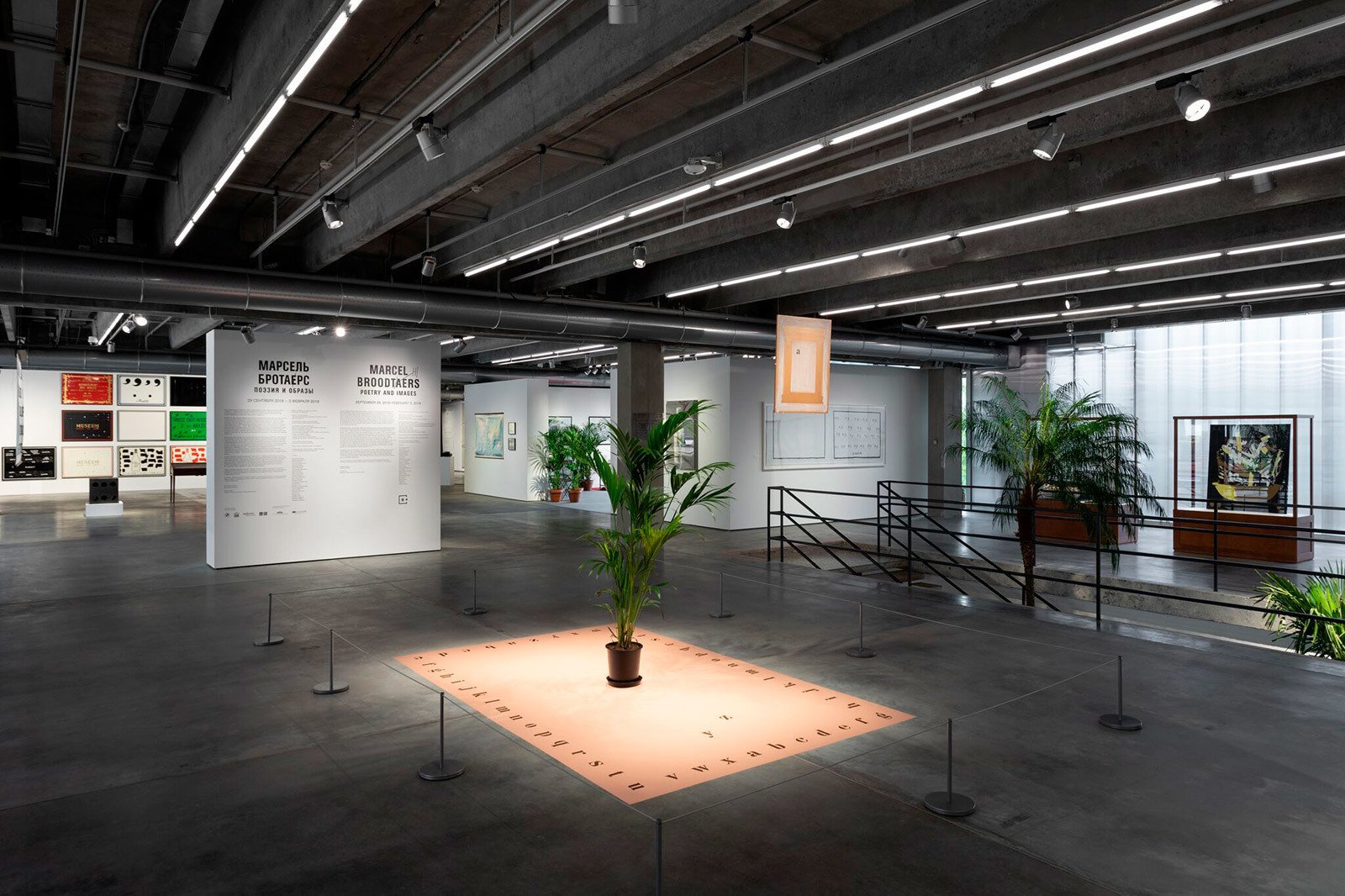 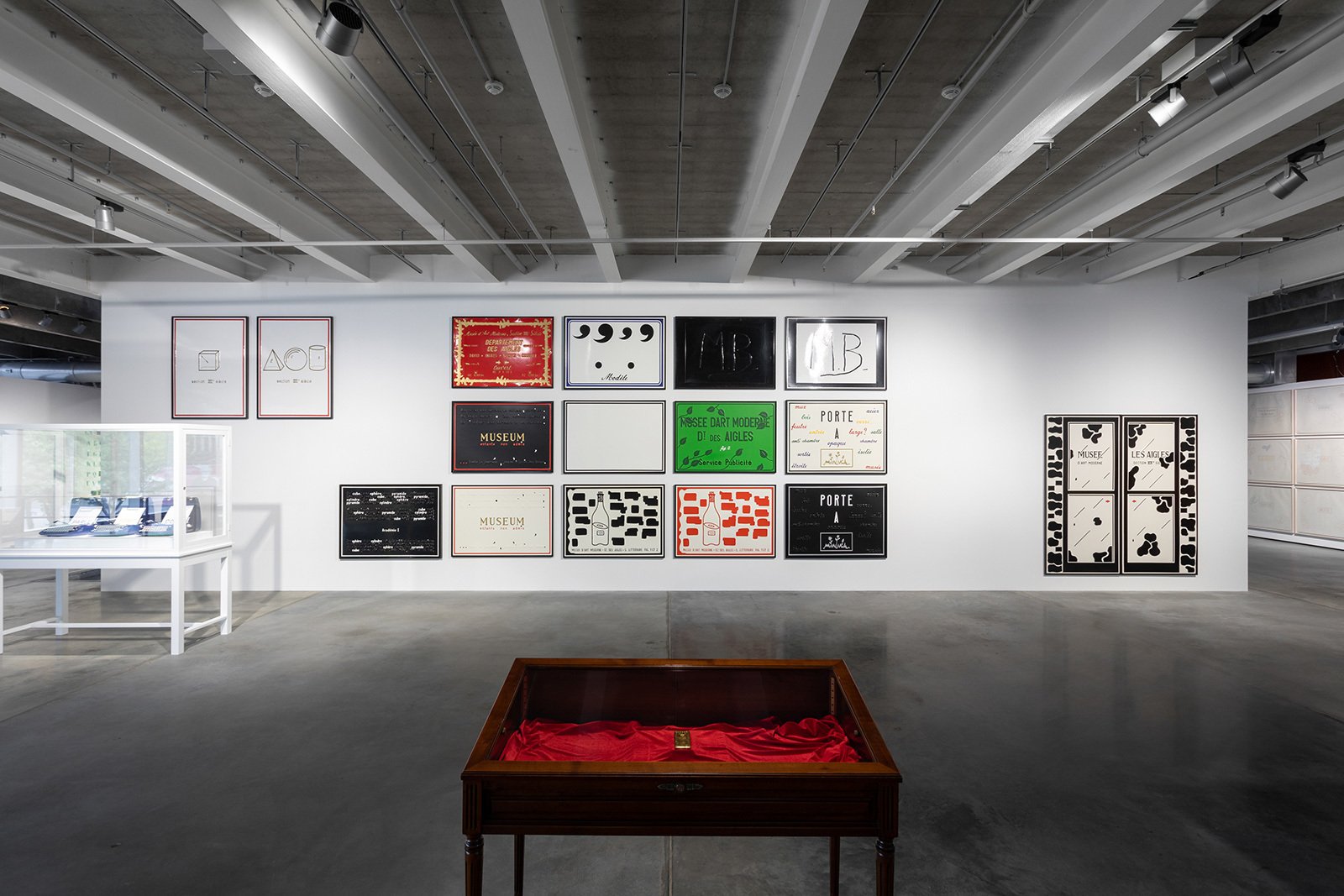 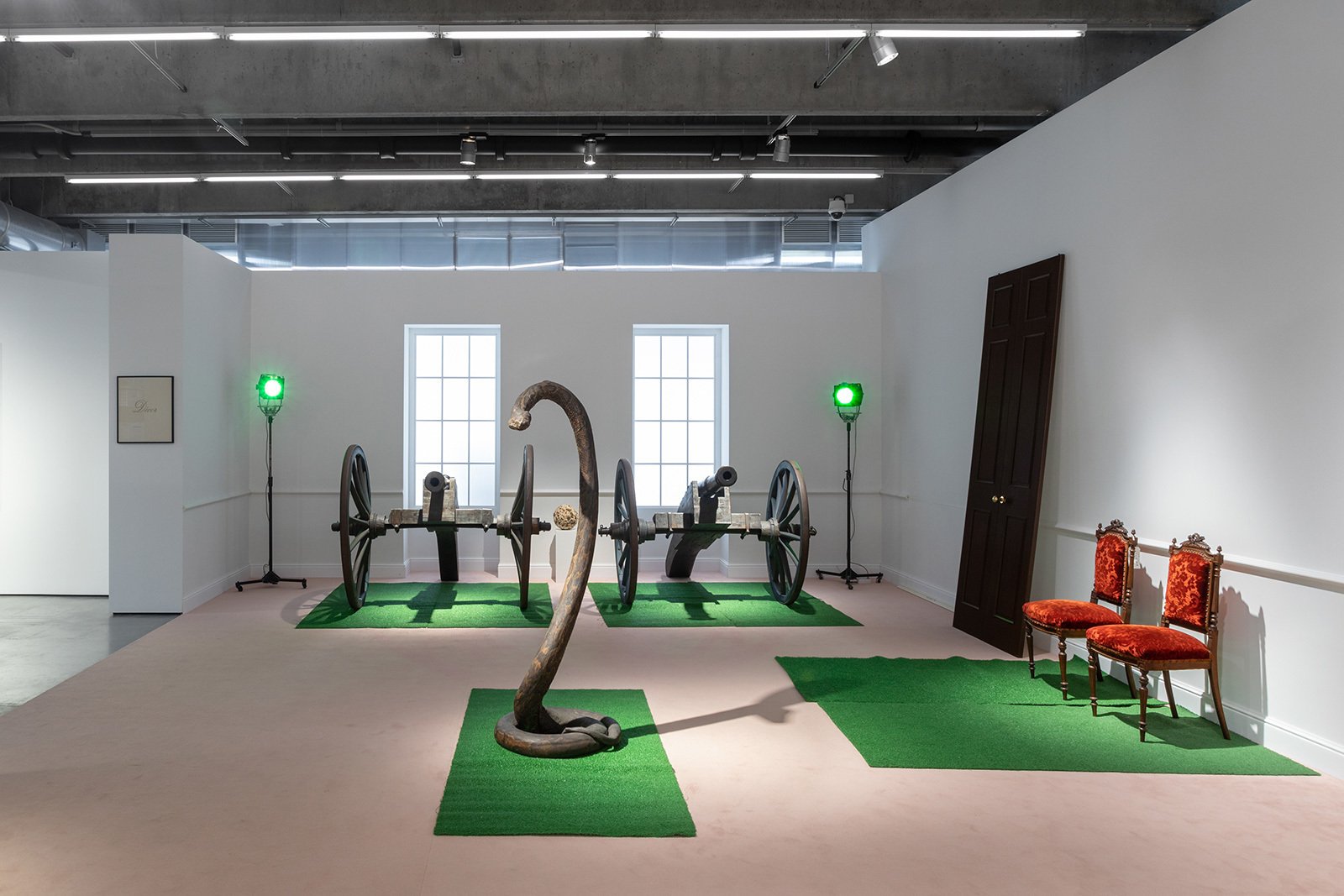 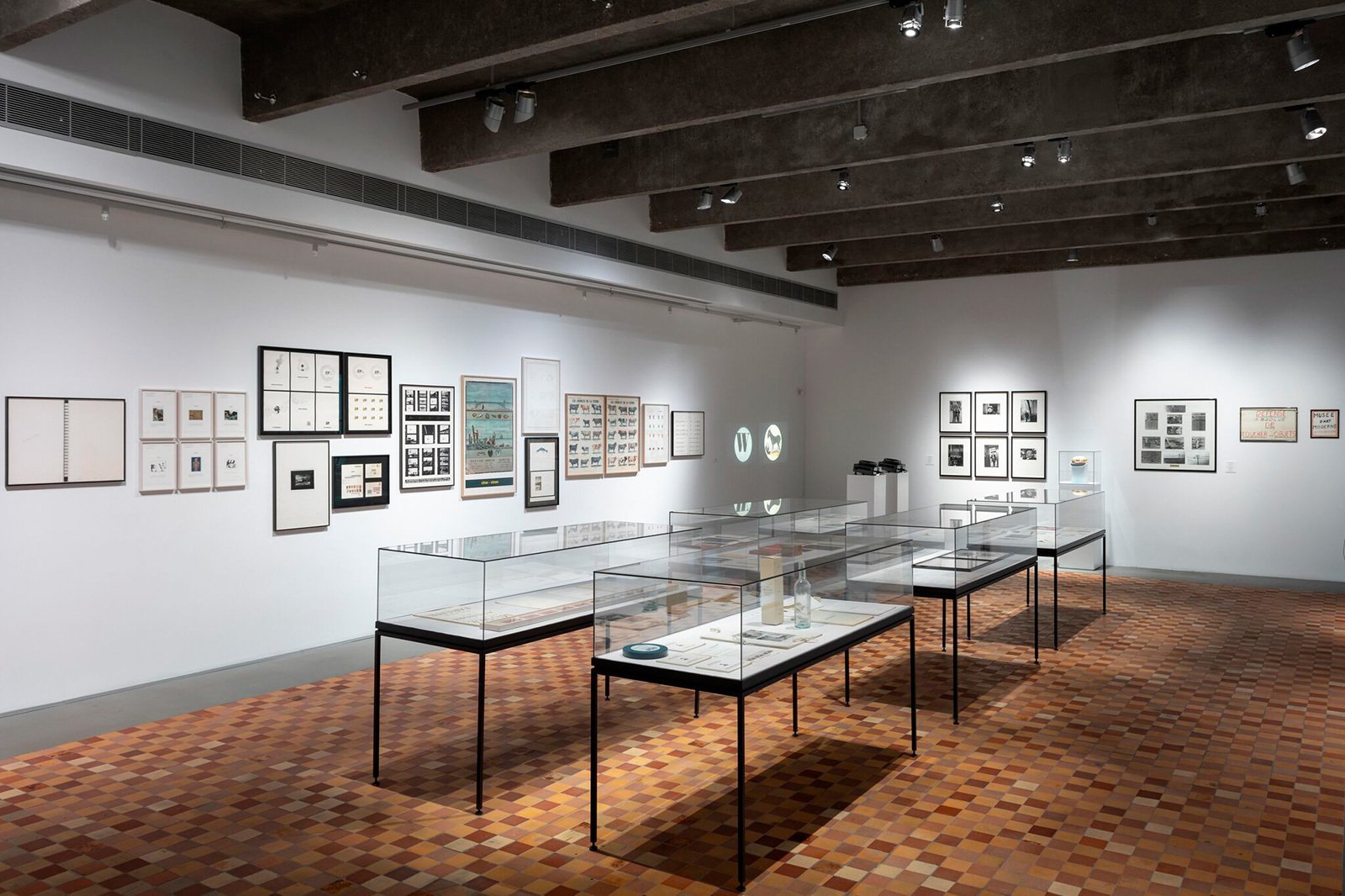 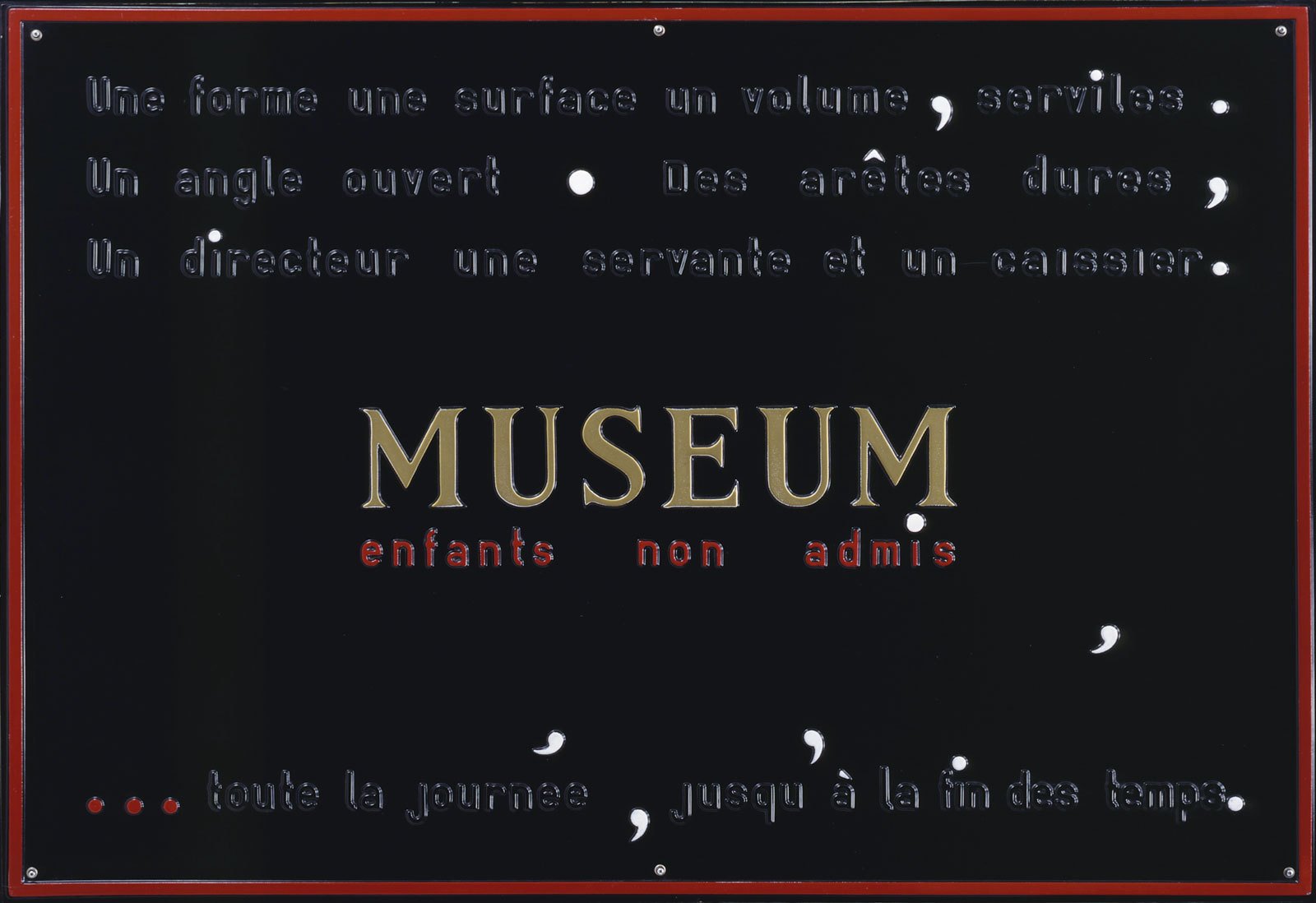 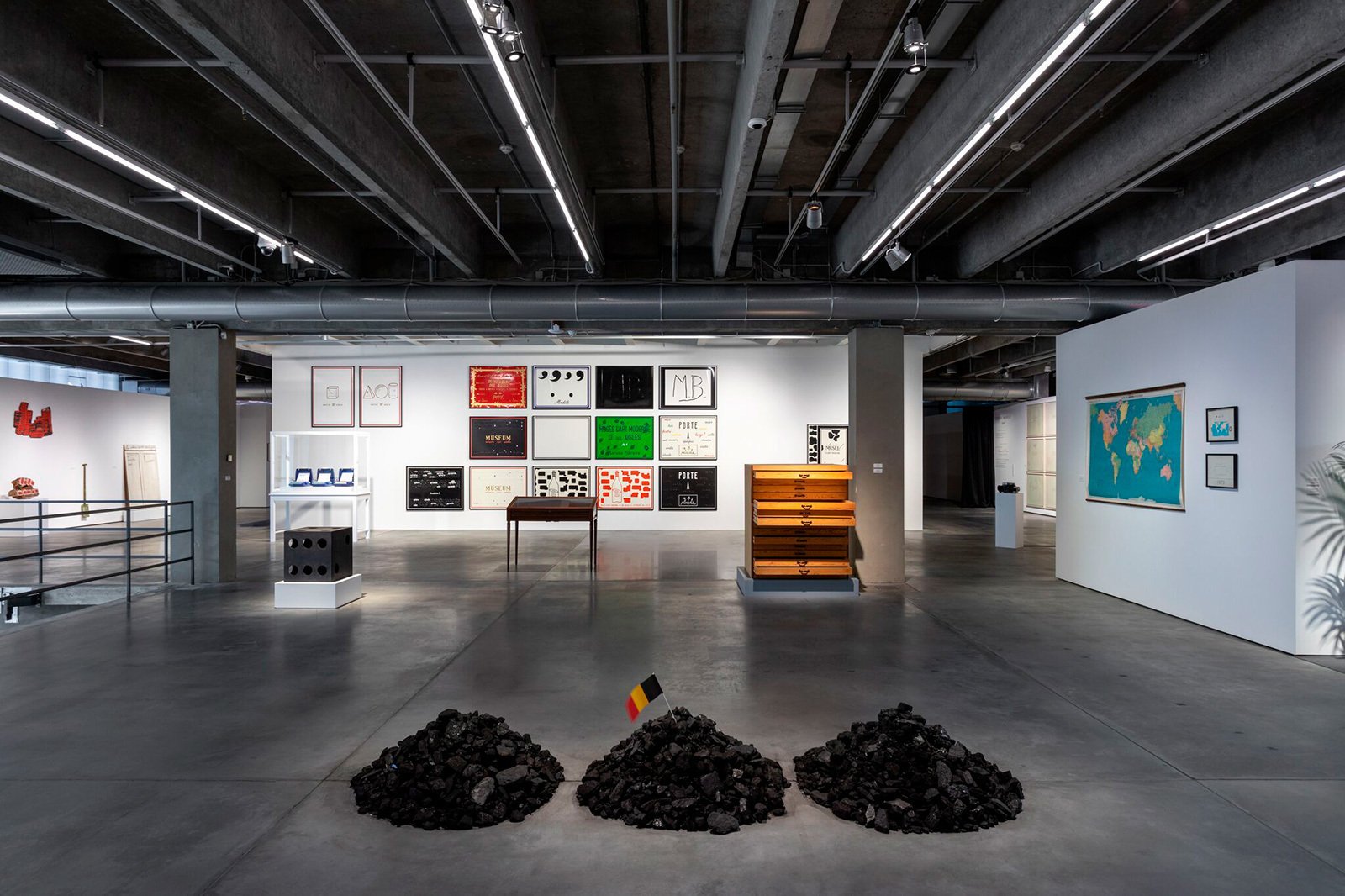 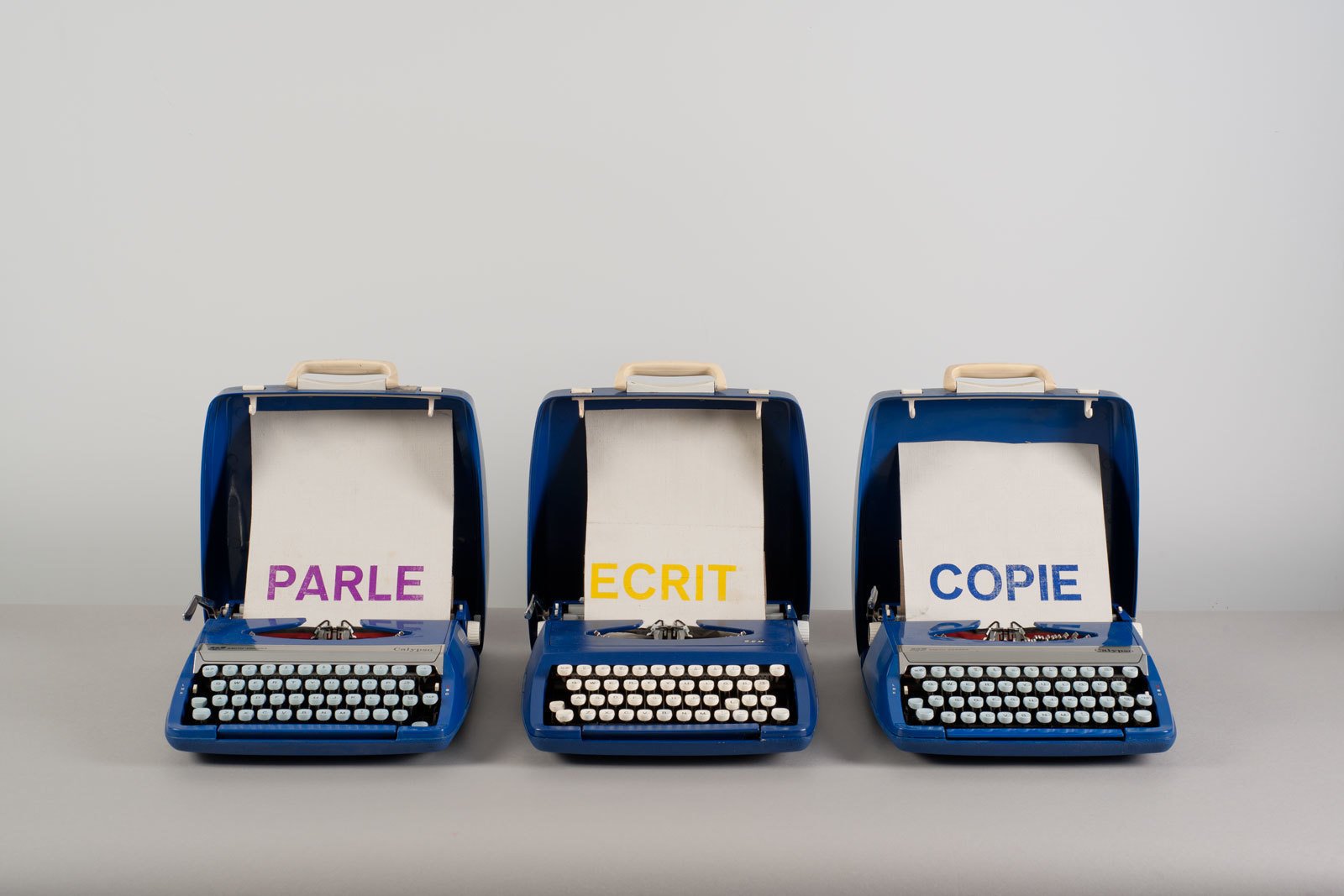 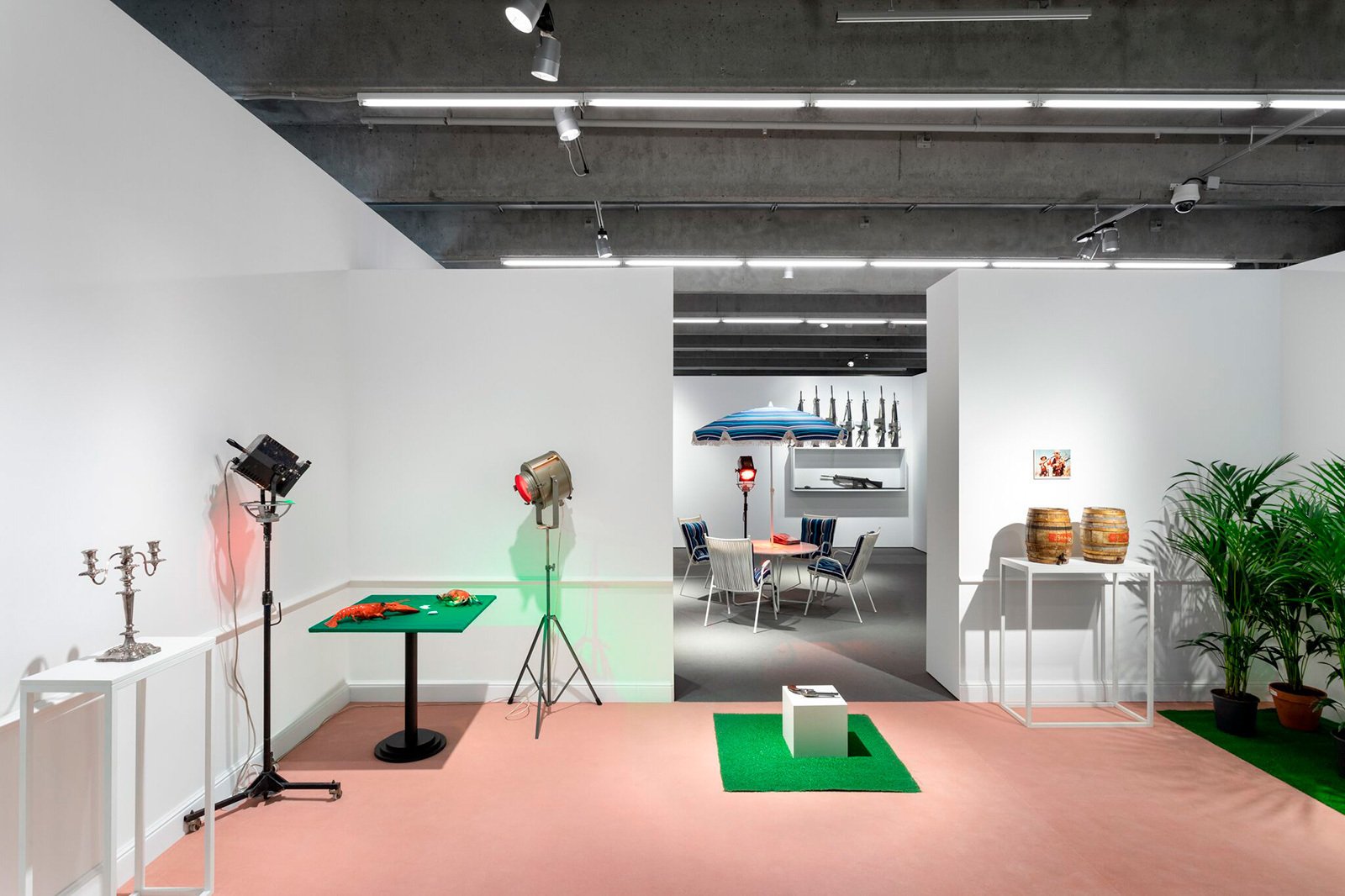 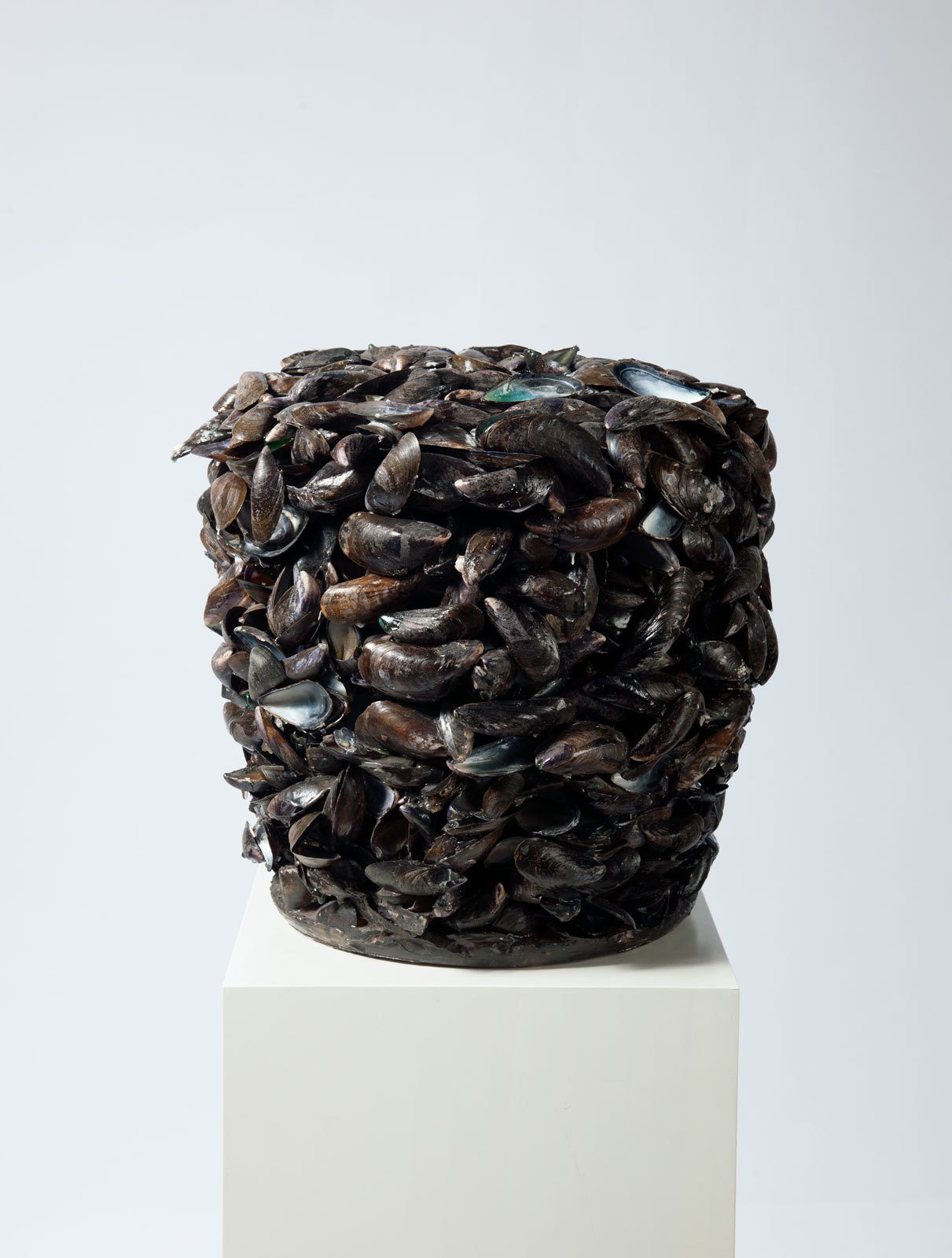 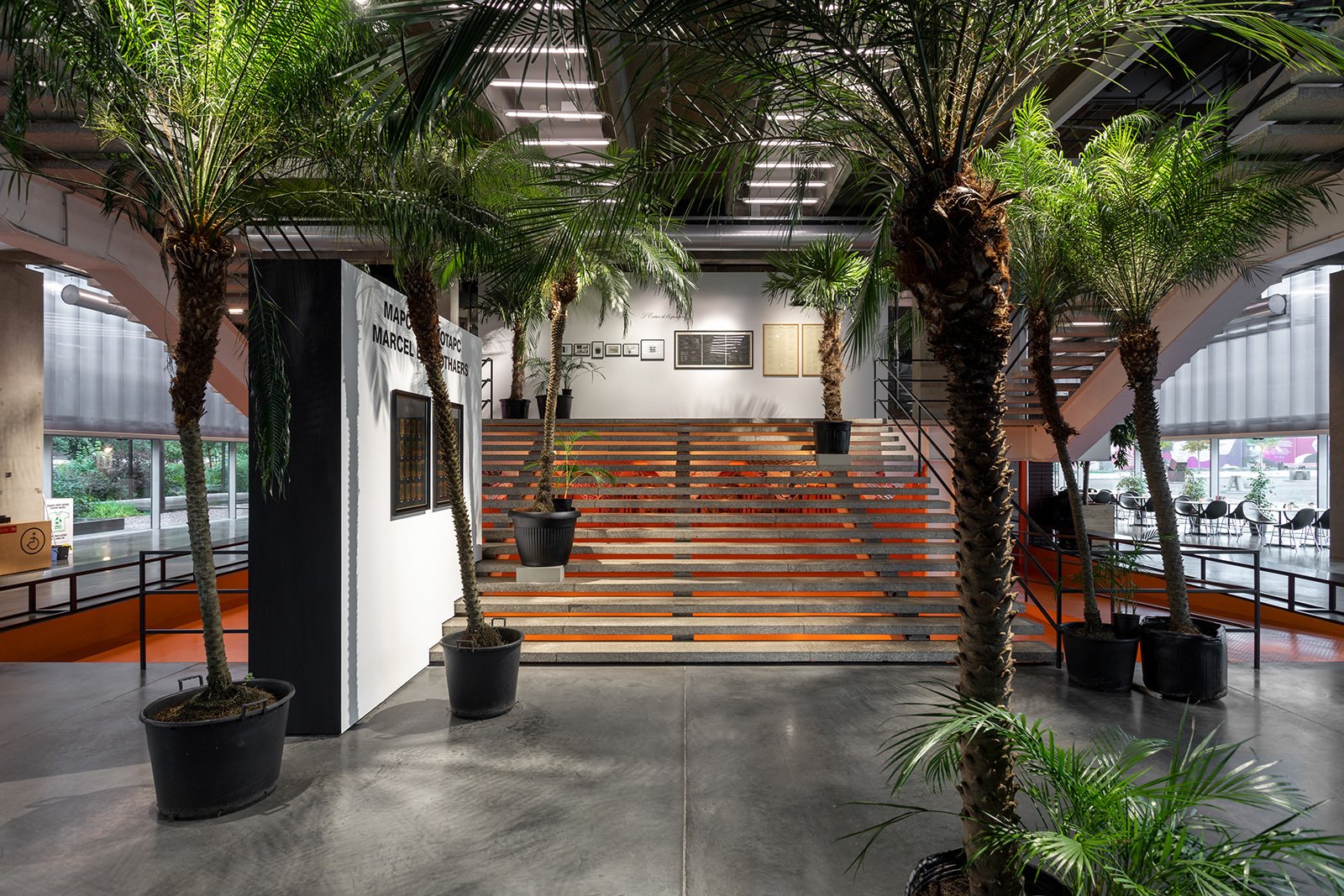 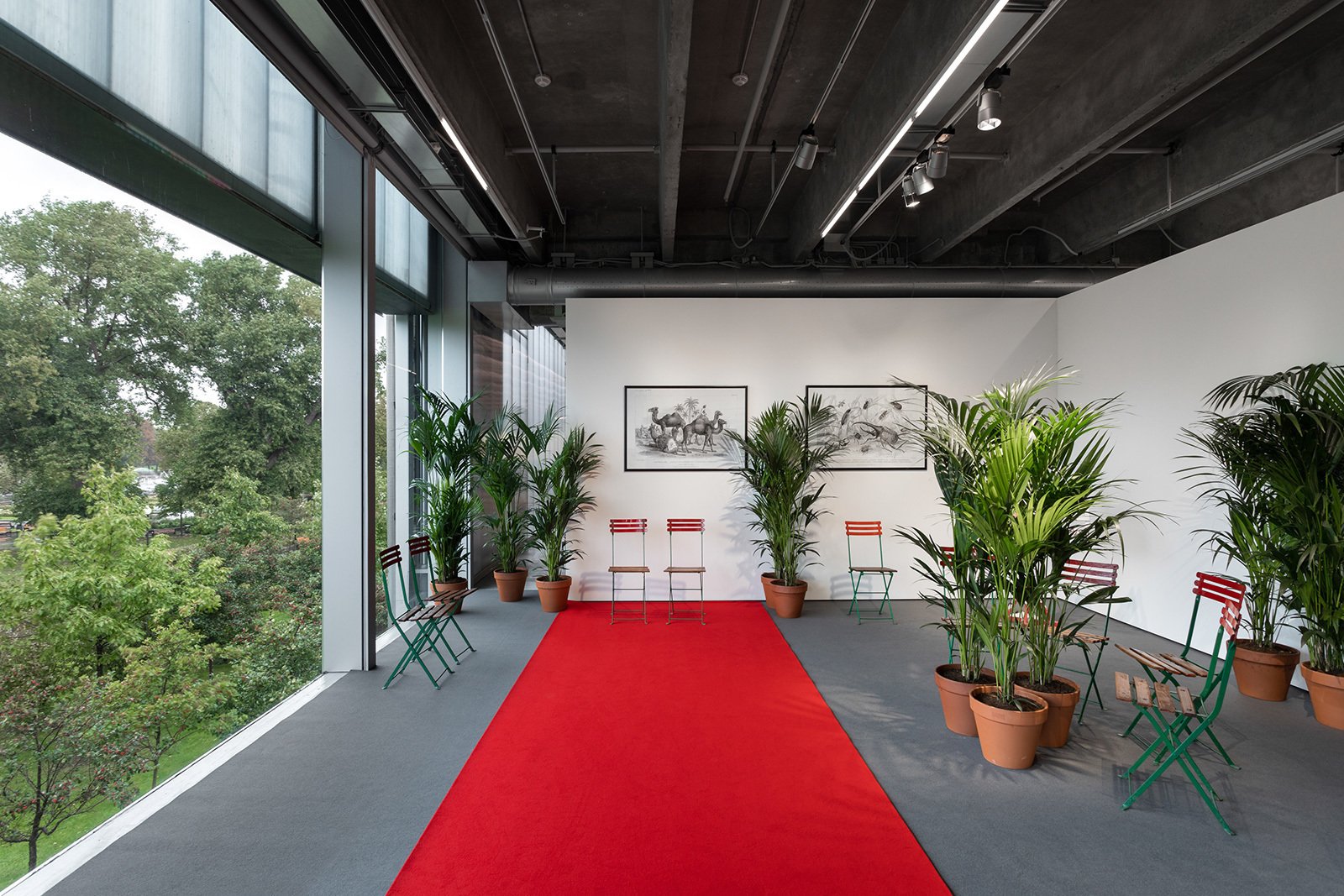 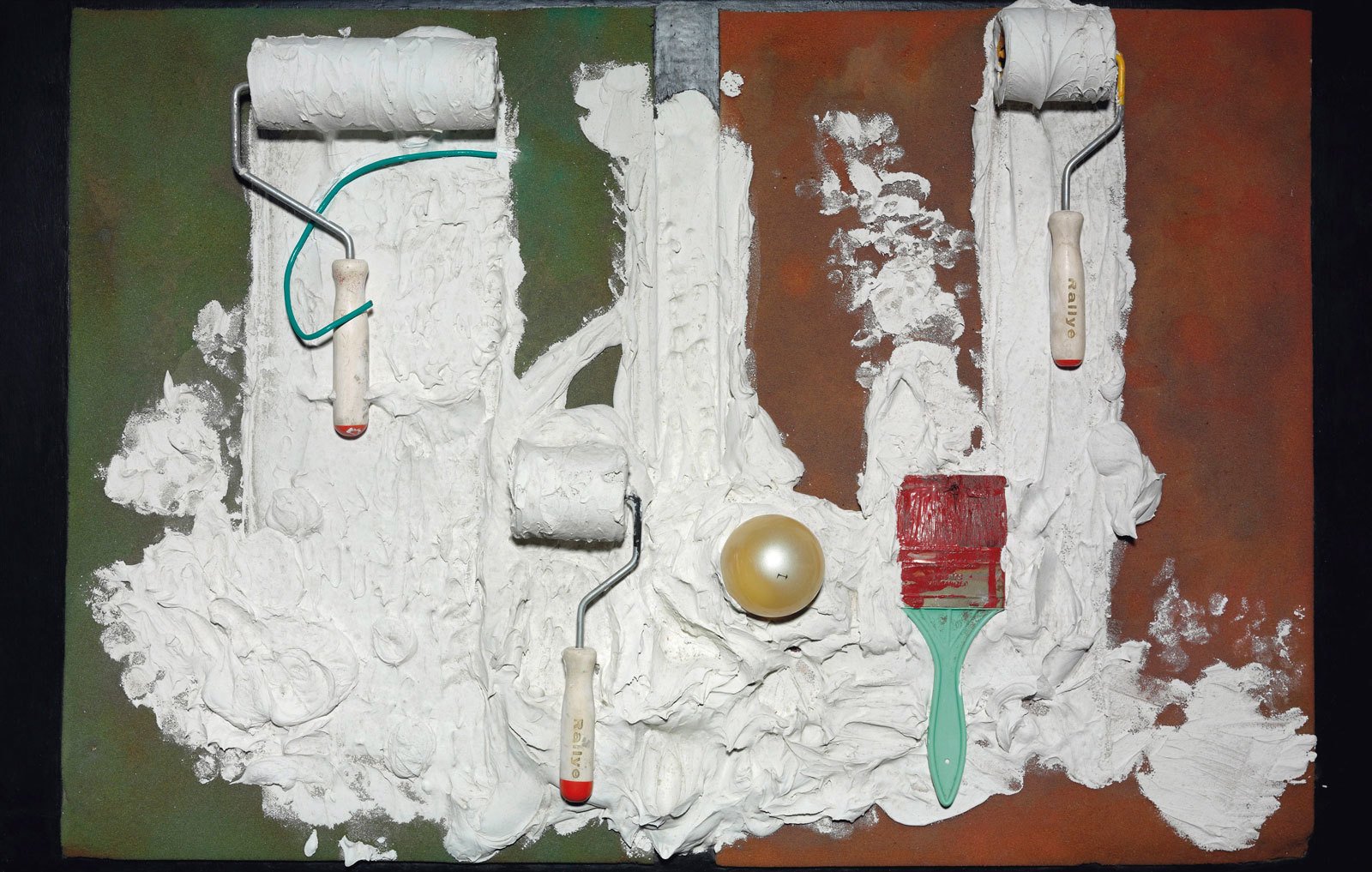 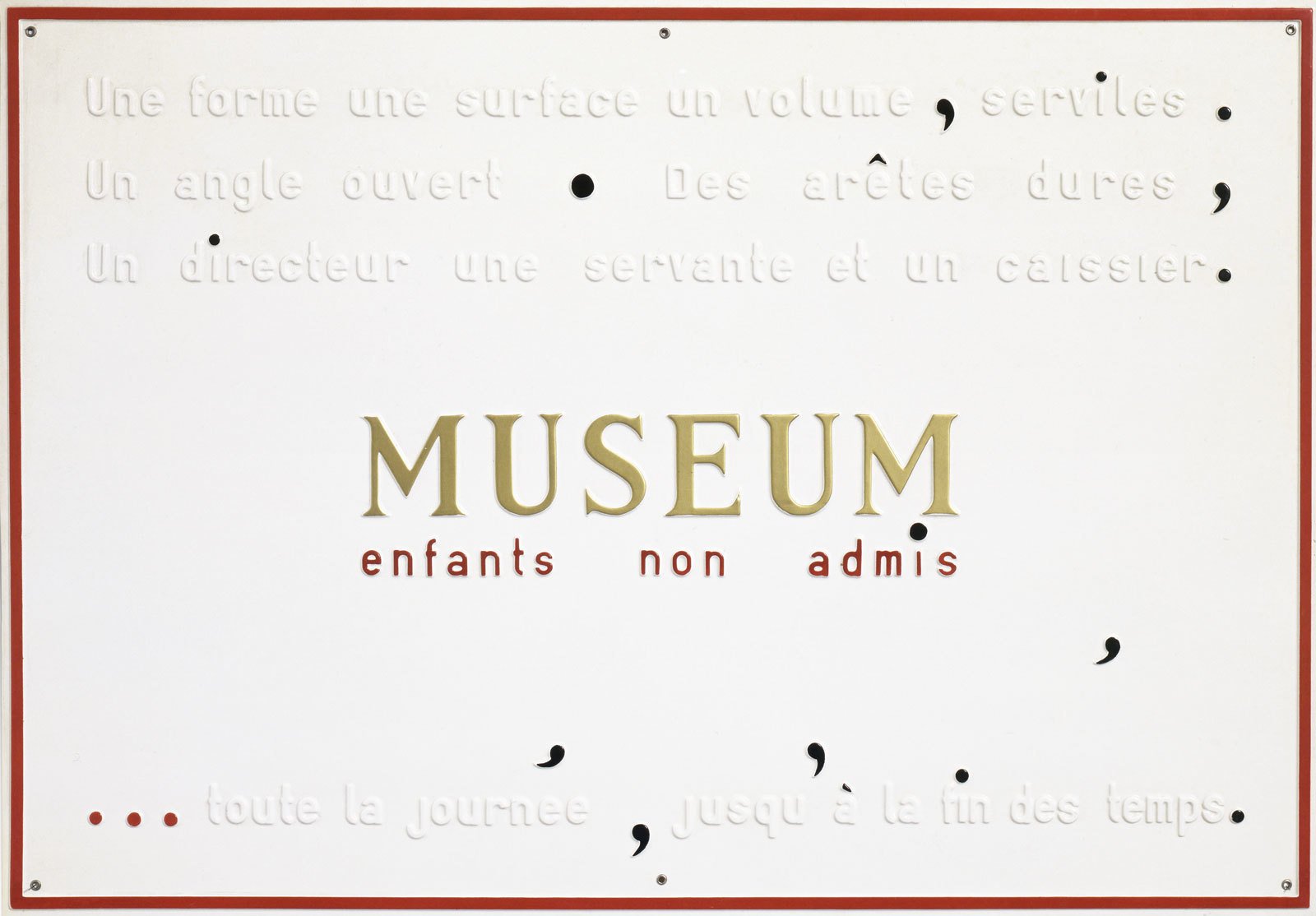 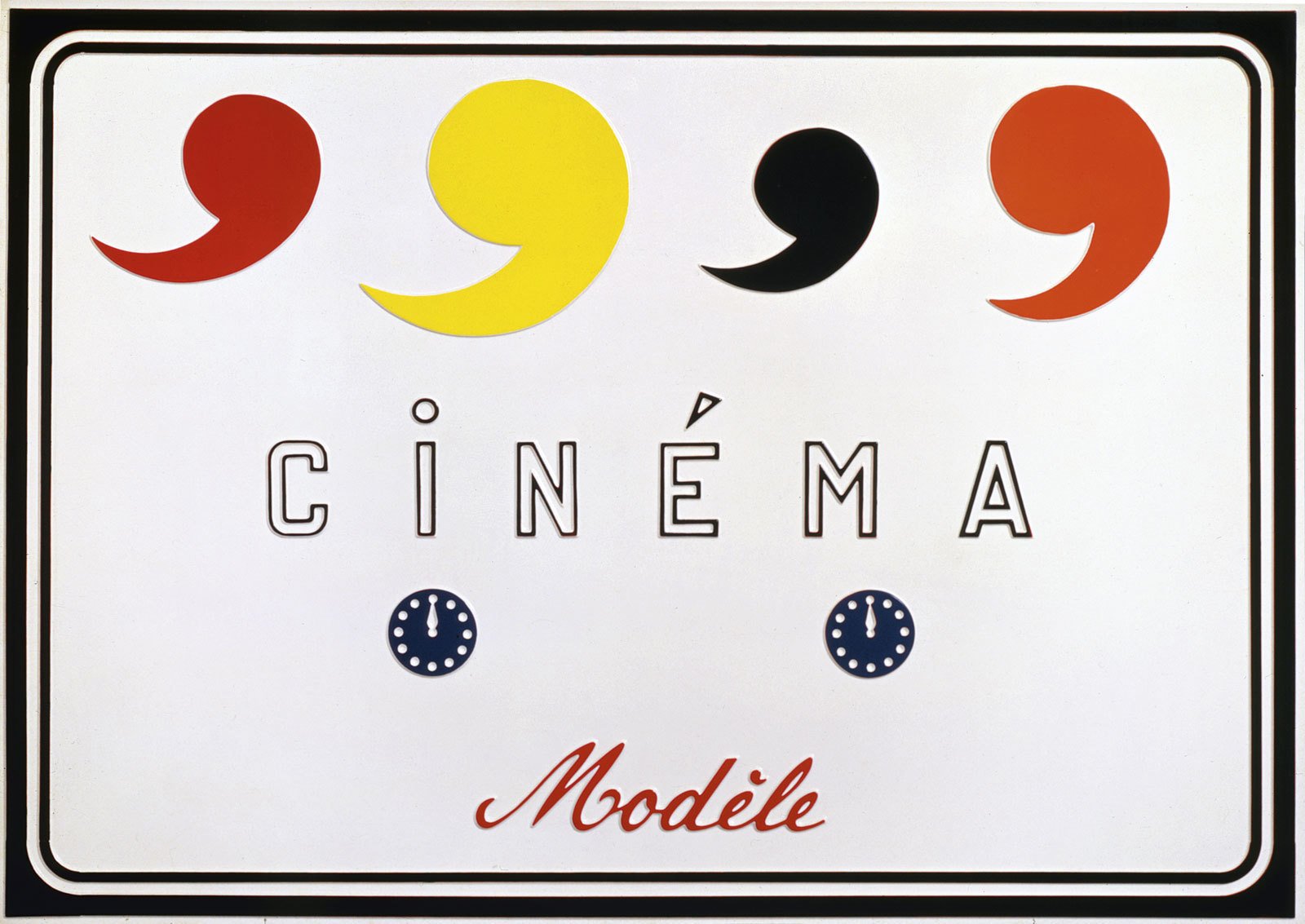 Public program
Looking at details and exploring the diverse mediums and activities invented by the Belgian conceptual artist will form the basis of the public program accompanying his retrospective Marcel Broodthaers. Poetry and images.

Composed of lectures on Marcel Broodthaers' poetry, art, film, and curatorial strategies, the public program studies the historic and cultural contexts of the legendary Belgian artist’s practice and a variety of particular items and phenomena that informed it.

The October to February workshops will acquaint participants with the principles of Broodthaers’ verbal and visual poetry, experimental films, and installations, and will enable them to realize their own ideas in individual or group projects.

For children and teenagers, Garage has developed guided tours around the exhibition adapted for each age group, as well as workshops delivered by the Museum’s educators. Family Auditorium lectures that will explain and illustrate the term “conceptual art”, and there will be a quest through the exhibition for the whole family.

Audio guides in Russian and English will be available at the information stand.

As part of the exhibition Marcel Broodthaers. Poetry and images Garage Museum of Contemporary Art has prepared a lecture cycle based around the Belgian artist’s legacies and practice.

This series of twelve interactive workshops is dedicated to Marcel Broodthaers’ practice and its conceptual implications. The participants will create their own artworks in the form of homages or transmedia translations of pieces originally created by the Belgian artist.

These seminars, conducted by Natalia Smolyanskaya, will focus on the history of contemporary art through the lens of the art movement that has become known as “institutional critique”. This movement will be analyzed through the texts of such artists as Marcel Broodthaers, Robert Smithson, Daniel Buren, Julio Le Parc, Guy Debord, Andrea Fraser, The Yes Men, Hito Steyerl, and others.

The public program for the exhibition Marcel Broodthaers includes a public talk organised in collaboration with V-A-C Foundation and devoted to one of the key works in Broodthaers’ practice and in the history of the twentieth-century art.

Laboratory: A Throw of the Dice

This two-day laboratory will become a platform for studying language as a gestural form. The participants will learn about modern sign languages, various communication systems and signs, as well as performative practices involving choreography and plastic arts.