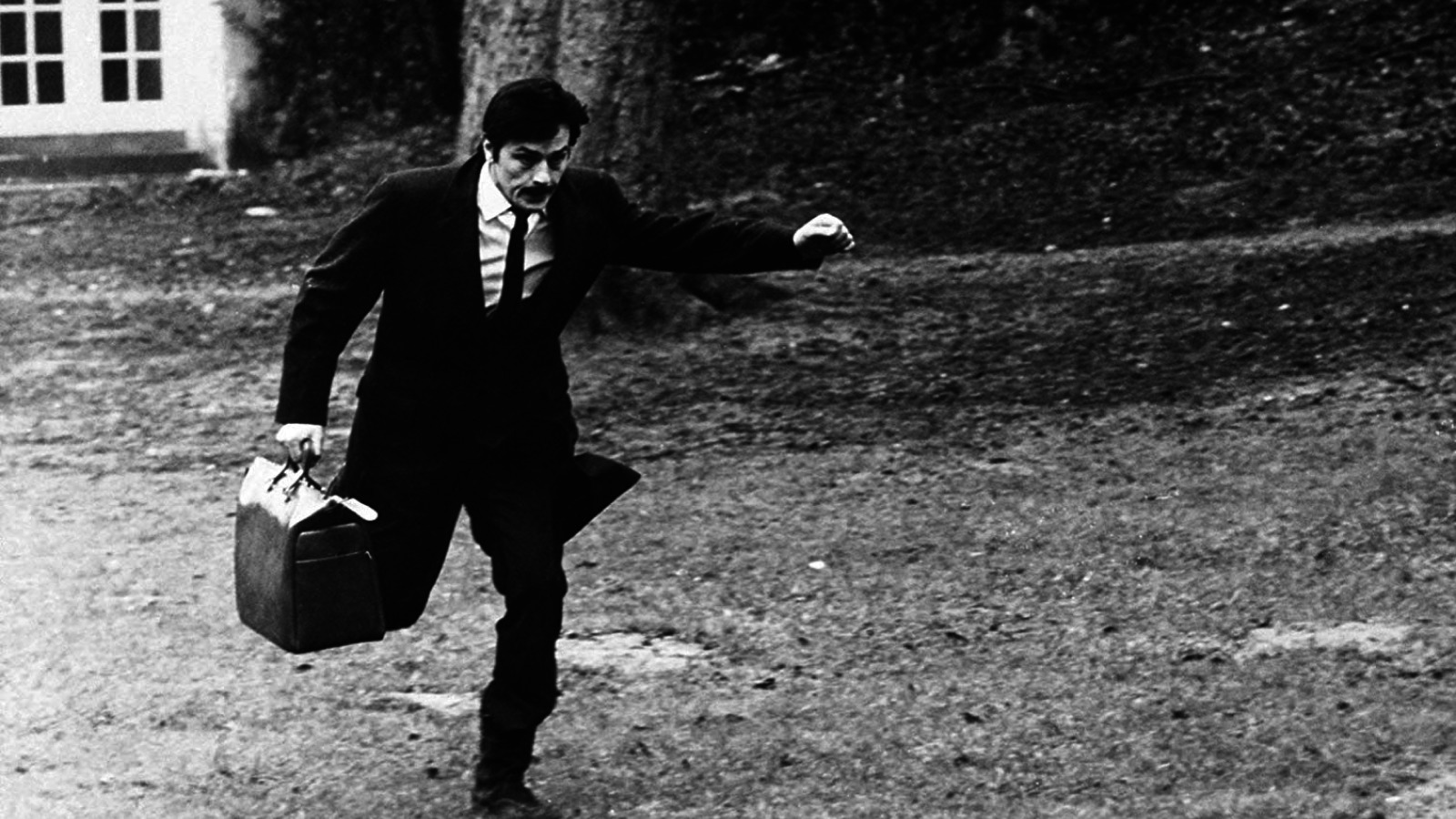 Fate brings together three men: Kore, recently released from prison, the fugitive Vogel, and former policeman Jansen. Together they plot a raid on an impregnable jewelry store. On their tail is a fourth protagonist, police commissioner Mattei. Jean-Pierre Melville’s artistic pinnacle and most commercially successful film, The Red Circle has been praised by such gangster thriller masters as John Woo, Michael Mann, Wong Kar-wai, and Quentin Tarantino.

The famous epigraph of the film reads: «When men, even unknowingly, are to meet one day, whatever may befall each, whatever their diverging paths, on the said day, they will inevitably come together in the red circle.» Attributed to the Buddha, but in fact made up by Melville, it refers to the motif of a fatal accident, which, like the inclusions of red in the trope of a billiard ball, a traffic signal, and a rose, shoots through this bleak, uninviting, and aesthetically flawless film. Melville’s thriller, especially the half-hour robbery scene shot without dialogue, is an elaborate chess game, the outcome of which is known in advance.

Melville’s silent and dangerous men move around in capes and hats to the overcast jazz of Éric Demarsan, who also wrote the soundtrack for Army of Shadows (1969). The trio of protagonists, performed by Alain Delon (who appeared in Melville’s films more than any other actor, including in The Samuraï (1967) and Un Flic (1972)), Yves Montand, known for starring in another thriller about a group of men on a dangerous mission, Henri-Georges Clouzot’s The Wages of Fear (1953), and Gian Maria Volontè, whose villain in Sergio Leone’s spaghetti western A Fistful of Dollars (1964) remains one of the most memorable antagonists in the history of the genre.