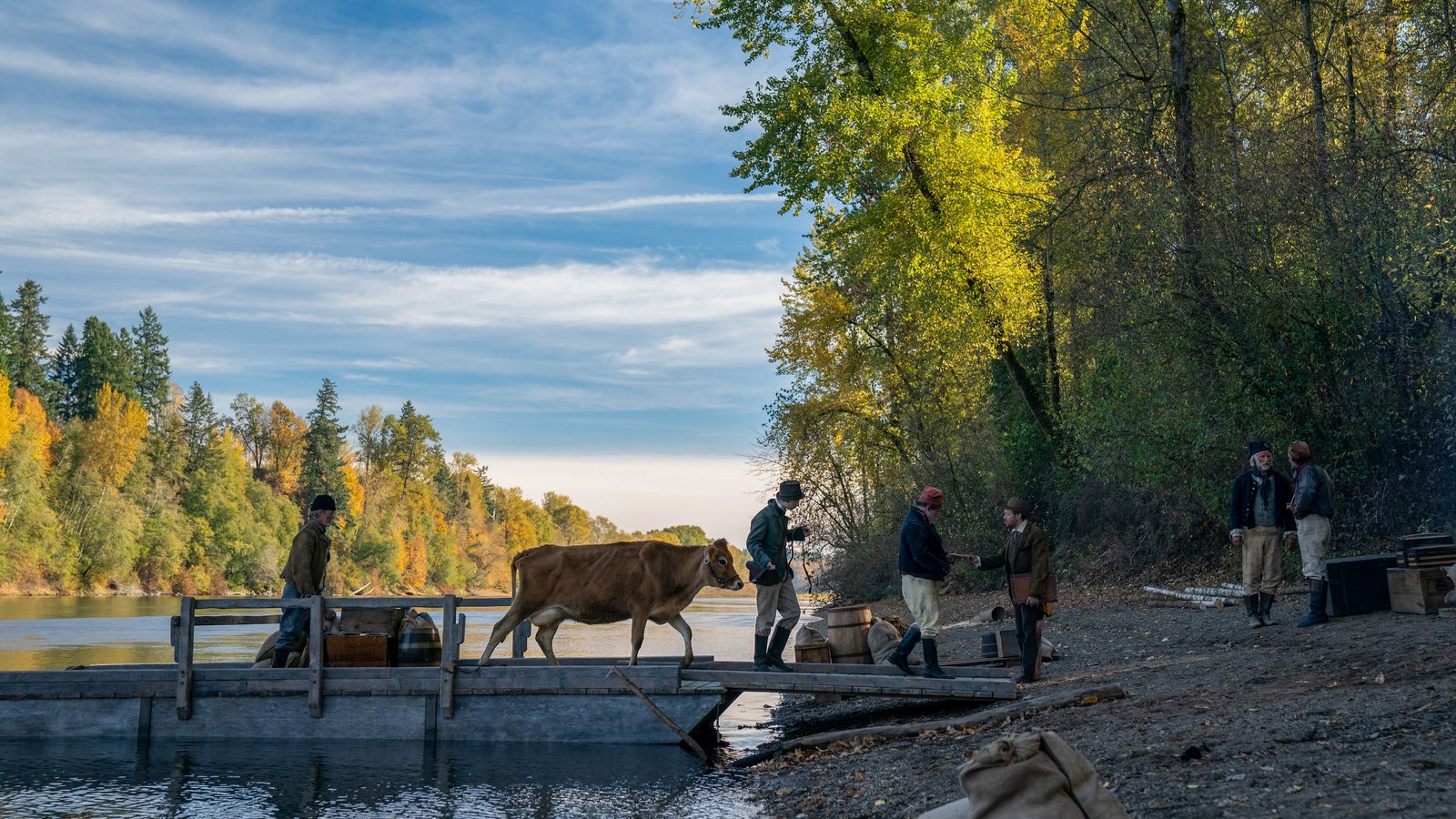 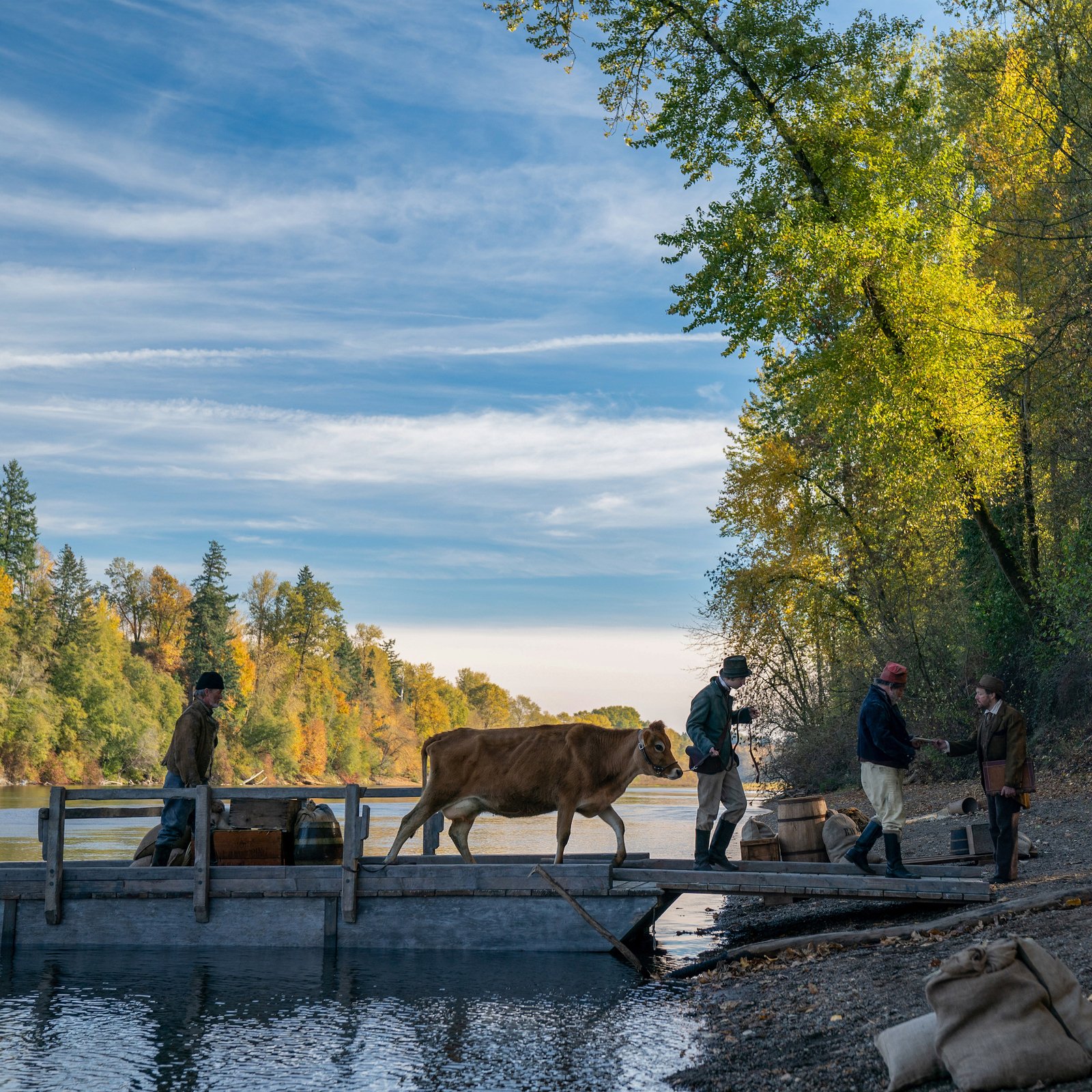 In the twenty-first century, a girl digs up two skeletons in the woods. Two hundred years earlier, a quiet American chef nicknamed Cookie and a venturous Chinese immigrant King Lu are trying to earn a living in a provincial town. Cookie, who has worked as a baker's assistant, dreams of opening his own bakery in San Francisco; King Lu has seen the world and knows how to make money. The key to their success is cow's milk, which makes the best pastries, but the only cow in the area belongs to a wealthy and uncompromising Englishman. Kelly Reichardt's revisionist Western premiered in Telluride in 2019 and has been screened at New York and Berlin Film Festivals. Garage Screen will host the Russian premiere of the picture.

"The bird a nest, the spider a web, man friendship," says the film's epigraph taken from William Blake's Proverbs of Hell. Following her almanac entirely devoted to women (Certain Women), Reichardt has made a drama about male friendship and non-toxic masculinity. Throughout the film, the two protagonists sharing a hut are shown cooking, cleaning, fishing, taking care of a child, and milking a cow. Like several recent films that review historical clichés (Lucrecia Martel's Zama, Céline Sciamma's Portrait of a Lady on Fire), First Cow gives voice to people who did not make it into history textbooks: Native Americans, Asian immigrants, and men who chose a handshake over a gunfight.

Like Reichardt's previous films (Old Joy, Wendy and Lucy, and Meek's Cutoff), First Cow is also a film about man and nature, lovingly shot on film with minimal movement of the camera. Warm shots from Reichardt's frequent collaborator, cinematographer Christopher Blauvelt and a stylized folk soundtrack by William Tyler create a fully immersive experience of the era.