The group SVOI was formed in 1987 by students from the Leningrad Vera Mukhina Higher School of Art and Design: Pavel Veschev, Dmitry Dudnik, Manya Kotlyn, Victor Kuznetsov (a.k.a. Hypper-Pupper), Alexander Menus, Maksa (Lyubov Maksyutina), Sveta Nosova, Herman Petrovykh, Alexander Podobed, and Mikhail Tkachev1. After graduating, the artists decided to stay together to create group exhibitions and performances. SVOI was active until 1992. Later Alexander Podobed, who took on the role of archivist of the group, described its strategy for being together: “Rather than a single concept and a general style, which often bring groups together, SVOI was a living organism in which every participant played a very special role, different to the others [. . .]. It was the understanding of the uniqueness of each individual that formed the basis for the name of the group, which believed that everyone around was OURS (“SVOI”) rather than strangers.”2.

Each artist in the group, whether working on drawings or collages, objects or paintings, searched for their own range of topics and plastic language. Despite the “dissimilarity” of the works, they had something in common. The young artists were clearly interested in the artistic movements of the early twentieth century—from fauvism to surrealism—and used their knowledge to create works. However, the main unifying practice was happenings, most of which were based on improvisation and open interaction with the audience. Today it’s surprising that recent graduates of “Mukha,” which trained designers and applied artists, decided to work seriously with this art form in 1989, when information about international contemporary art was in short supply. For instance, when John Cage, one of founders happenings, visited Leningrad a year earlier, SVOI did not meet him. The genealogy of their art was more complex.

According to group members’ memories, one of the most important stages that influenced their artistic practice was the Experimental Educational Course at the Mukhina Higher School, which in 1986 became the Department of System and Software Design. SVOI artists were among its first students. Evgeny Lazarev was the head of the Experimental Department. Working in the field of design theory at the Leningrad branch of theAll-Union Scientific Research Institute of Industrial Design, he came to the conclusion that for the development of the discipline it was necessary to have a systematic, project-based approach.

Students of his Department were not supposed to become “designers of industrial products” but designers who created “prototypes (projects) of new object systems with new functional and aesthetic properties.”3. It was not just the Department’s goals that were experimental but also the approach to education itself. For example, as for their diplomas, 1987 graduates were asked to imagine what new types of professions related to their specialty might appear in future. For the models proposed (designer-predictor, designer-communicator, artefact designer, environmental designer, and others), students then had to find an appropriate visual form4. Most of the students, including SVOI, decided to create installations or objects, suspiciously similar to the costumes from the The Triadic Ballet of the Bauhaus or the design of the Russian futurist opera Victory over the Sun, as well as Alexander Calder’s sculptures, El Lissitzky’s design, and other examples of modernist experiments.

The second “school” for SVOI was the Derevo theater, organized by Anton Adasinsky. In the 1980s he studied under Vyacheslav Polunin, cooperated with the group Pop Mekhanika, created a show playing with the aesthetics of the Soviet parade, got involved in practices of Japanese buto for the rock band AVIA, and put together his own team that shared this interest. One of the forms with which Derevo worked was absurdist street performance. During one performance, Adasinsky slowly and expressively opened up and folded his body, moving along the white line separating the traffic on Nevsky Prospekt. In front of him he held stuffed bird on a leash, which he moved and tried to “catch up with.” During another performance, random passers-by were invited to sit on a chair and hide for a while under a mask of raw plaster to rediscover their feelings when the slightly hardened cast was removed5.

Adasinsky suggested that SVOI decorate the space through which viewer entered the small hall in the Leningradsky Palace of Youth, where Derevo performed. Some of the objects created by the artists were used in theater performances.

SVOI decided to create happenings based on the practices of Derevo, going out into the streets, working with improvised actions, abandoning narrative plots, creating a collage of episodes invented by different members of the group, and physical interaction with the audience. As well as the artists who were members of the group, Dmitry Tyulpanov and Alexey Merkushev from Derevo and double bass player Vladimir Volkov also took part in their events. However, the main event in SVOI happenings was not the performers’ actions but the slow transformation of the space.

Most of the “absurdist” events took place in the shabby courtyards of the building at Pushkinskaya, 10, which was taken over by artists and musicians in the late 1980s. The happening Plane took place here, described in detail in Alexander Podobed’s archive: “Moving behind the invisible man, through screens of tracing paper, we find ourselves in the first courtyard, transformed from a garbage dump into a snow-white relief. At the foot of the paper mountain, a man with a double bass (Vladimir Volkov) extracts ragged sounds. [. . .] Slowly, the action flows into the second courtyard. In the center of a huge white field is a plaster figure of a man without a face (Alexey Merkushev). Rope-threads stretch in all directions from it, as if entangling the yard in a web. Two people in black-and-white suits, moving from the center to the edge, quickly fill the entire field with drawings. At the same time, people in blue and pink bathing caps are working around the entire perimeter of the white square: some decorate the courtyard with ornaments, others unfold scrolls with hieroglyphic lines going up, others pour water on plaster figures in the corner, which suddenly turn blue before their eyes.  [. . .] On the white square of the courtyard, chaotically moving from different points, people in hats begin to fiercely build an incomprehensible structure. The fuselage, wings, engine appear out of the trash, a trolley with suitcases appears. Loading is underway. The man without a face crawls out of the far corner laughing hysterically, dragging a group of plaster comrades behind him. He destroys the white field, the construction, life. At the end the drawing falls, stupidly completing it. Like in a reverse movie, all the details of the construction disappear in a chain in the depth of the frame. [. . .] A man in a black-and-white suit puts a small model of an airplane on a white field. It’s July, it's snowing.”6.

Studying the SVOI documentation, one discovers that the principles of organization of their performative events largely coincide with Susan Sontag’s description of American happenings of the late 1950s and 1960s7. They worked not on stage but in cluttered spaces; they focused on materials, bringing these performances “closer not painting than theater”; there was no theme, plot, or culmination but rather an illogical chain of events resembling a dream; the duration of the event was unpredictable for the audience and the sense of time was lost. All of these characteristics are typical of the Leningrad group's happenings. Of course, SVOI created performative events a lot later than their American colleagues and already knew something about their practices, but many of the discoveries of the 1960s were repeated accidentally. Sontag wrote that a happening should aggressively “shake” the viewer, bringing them out of their “emotional anesthesia,” but SVOI’s performative events were a response to an era of rapid change. In order cope with the absurdity and disorder of reality, the artists preferred to organize “alogical dreams.” 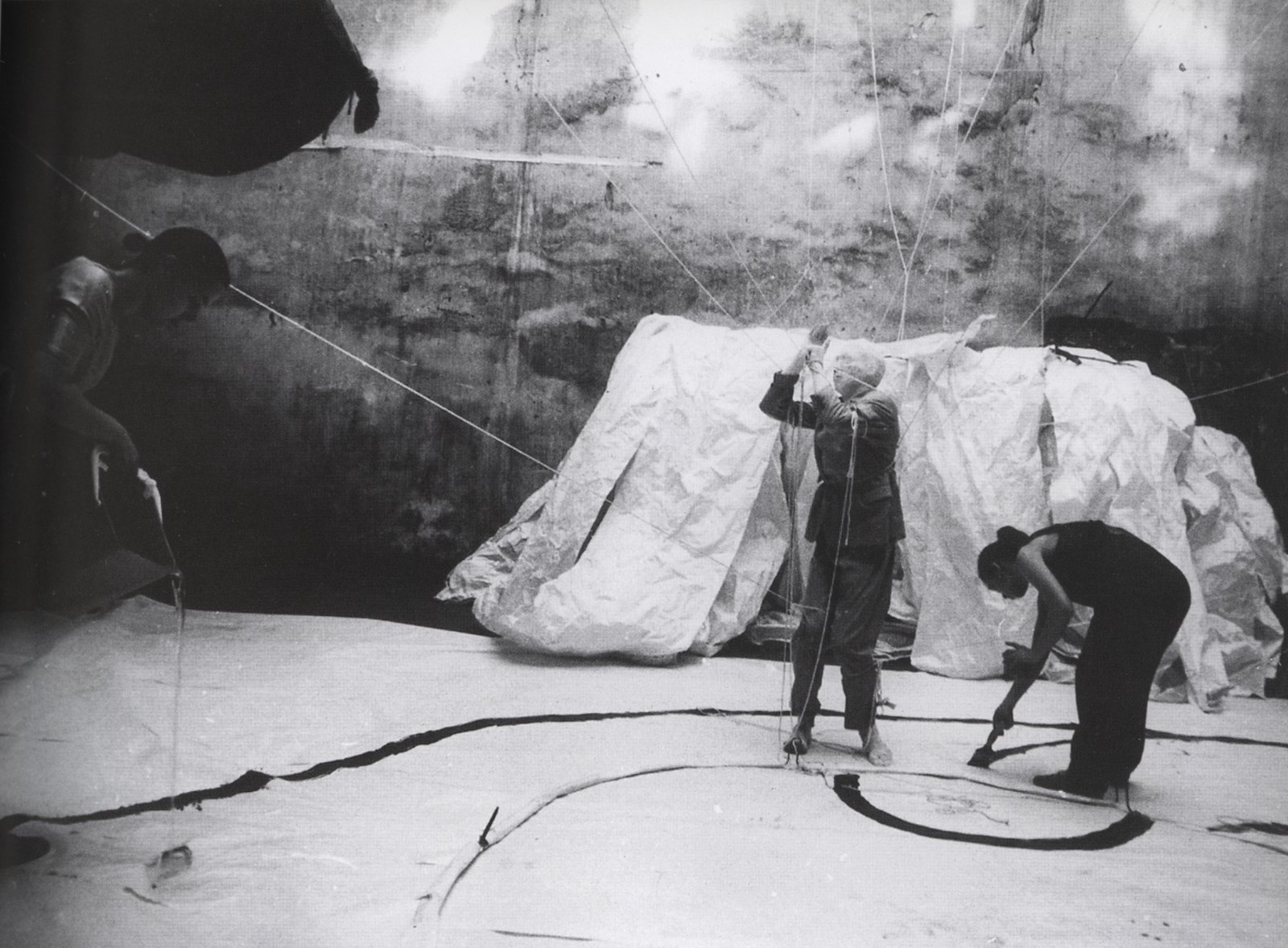 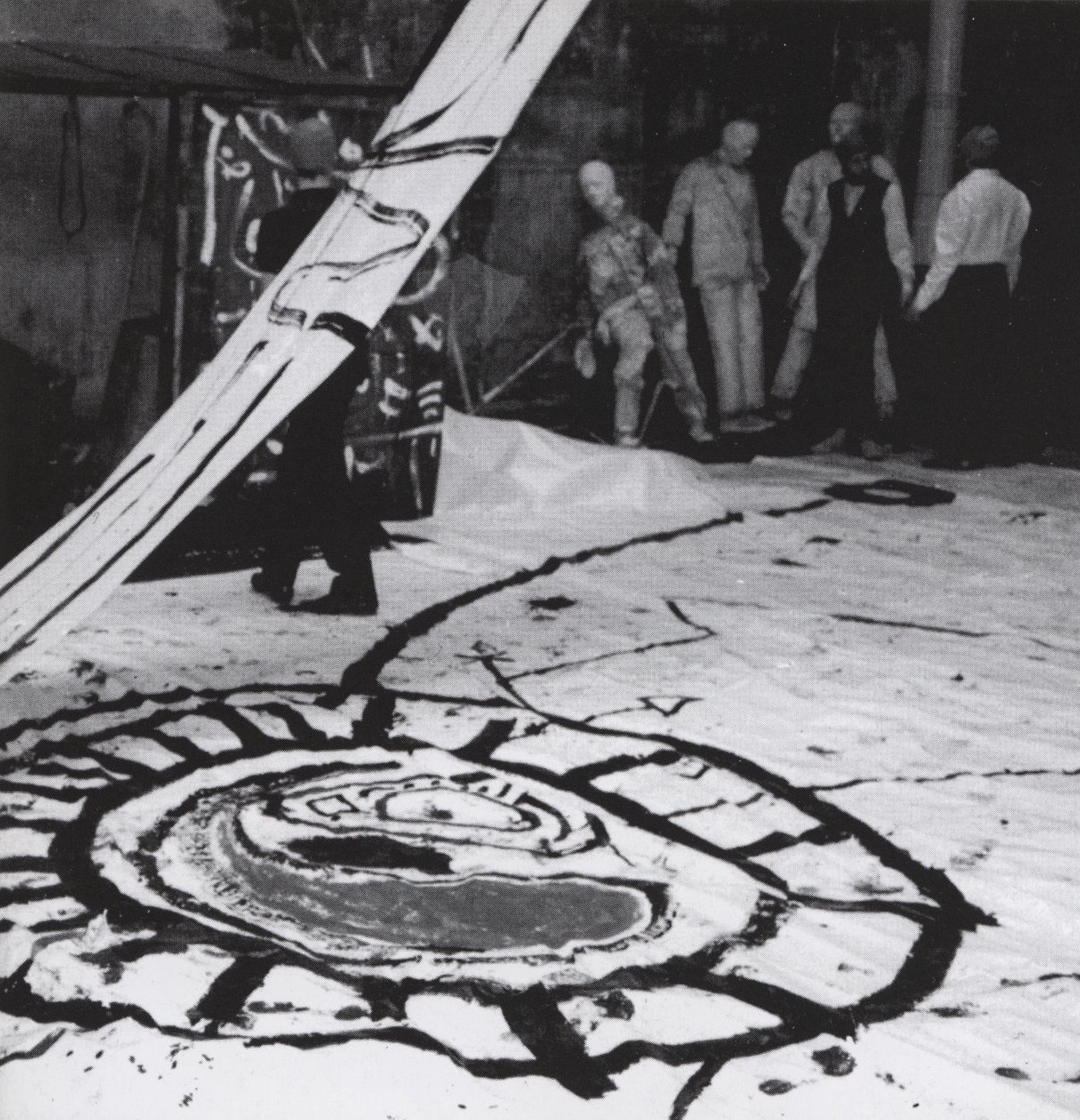 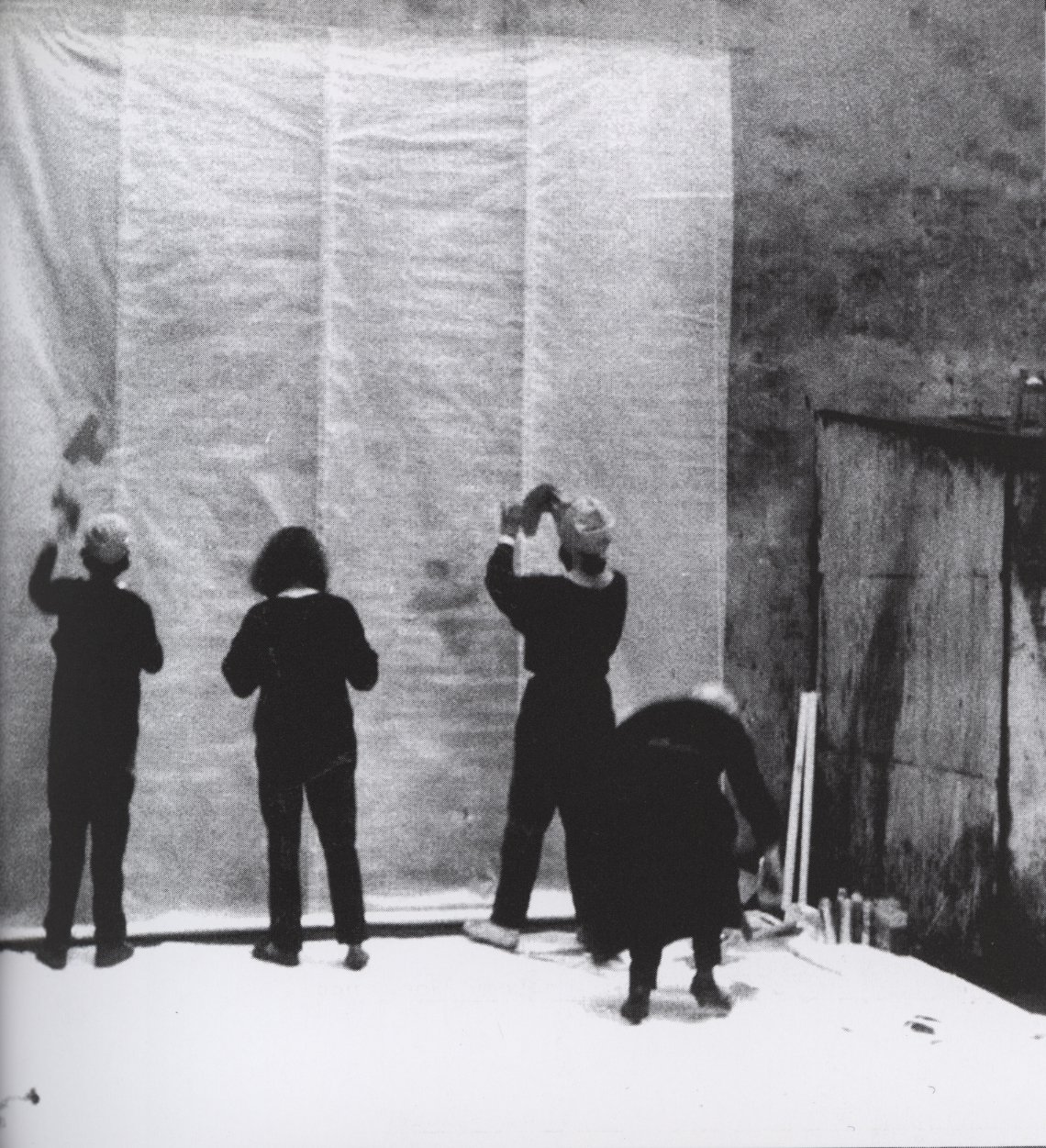 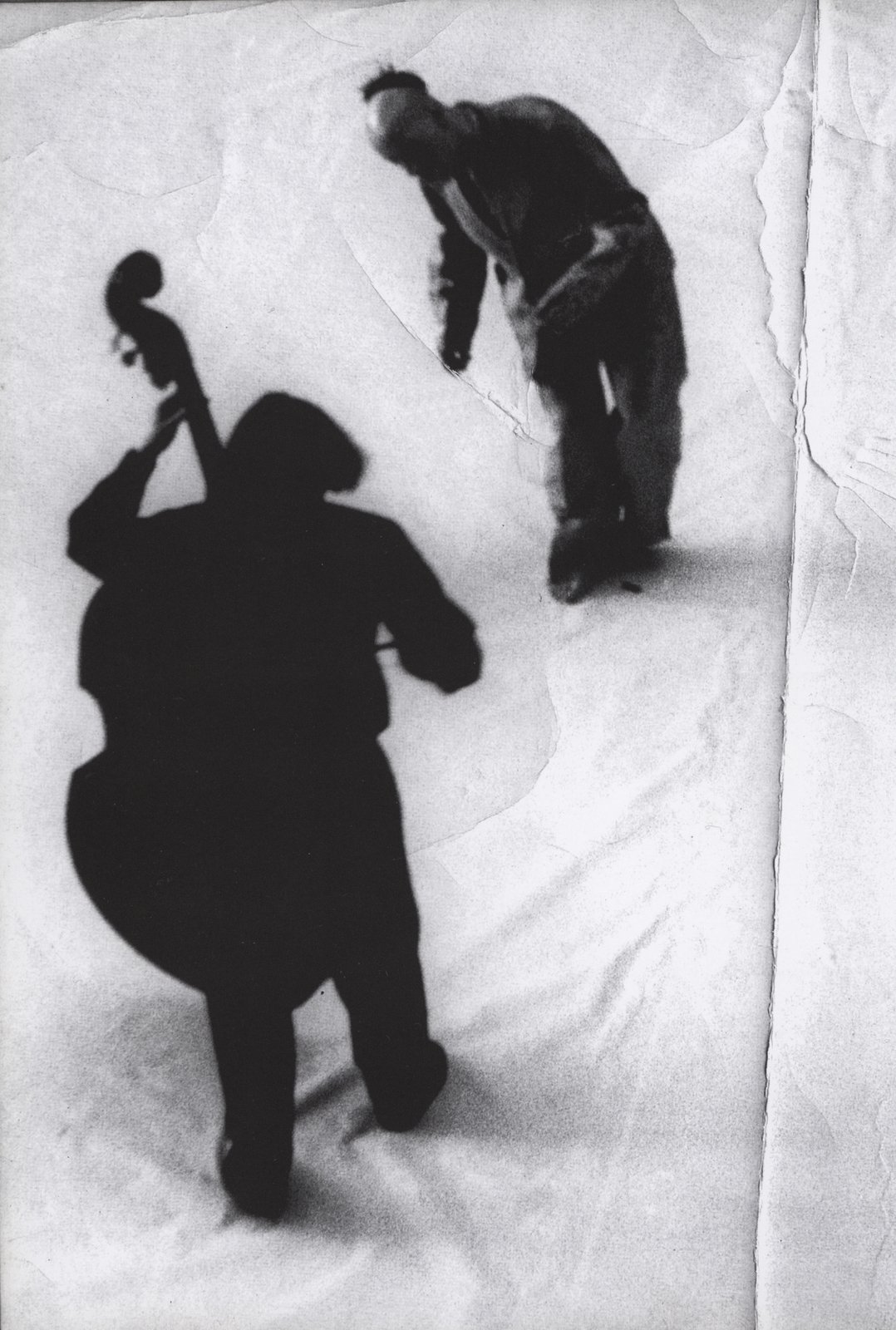 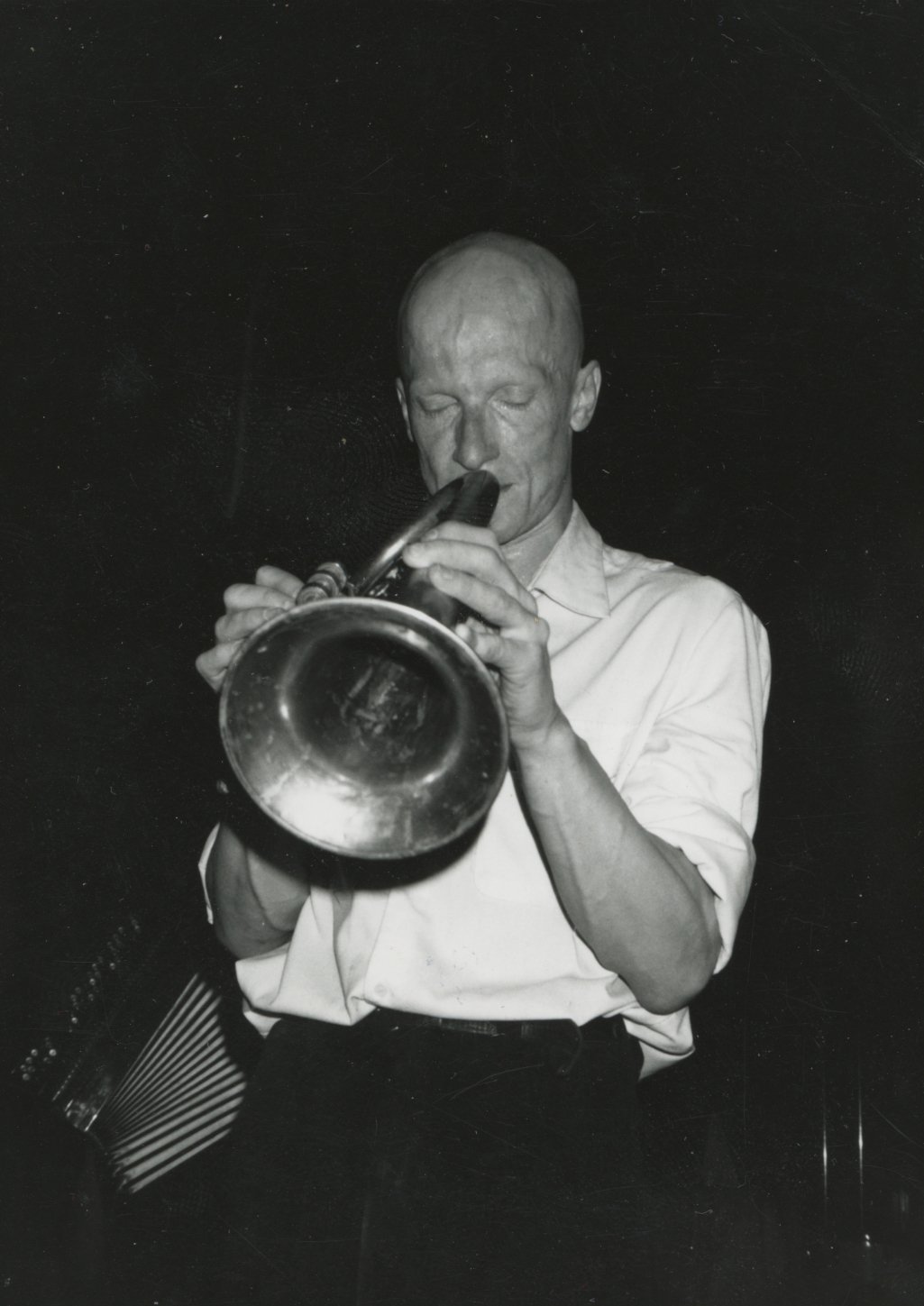 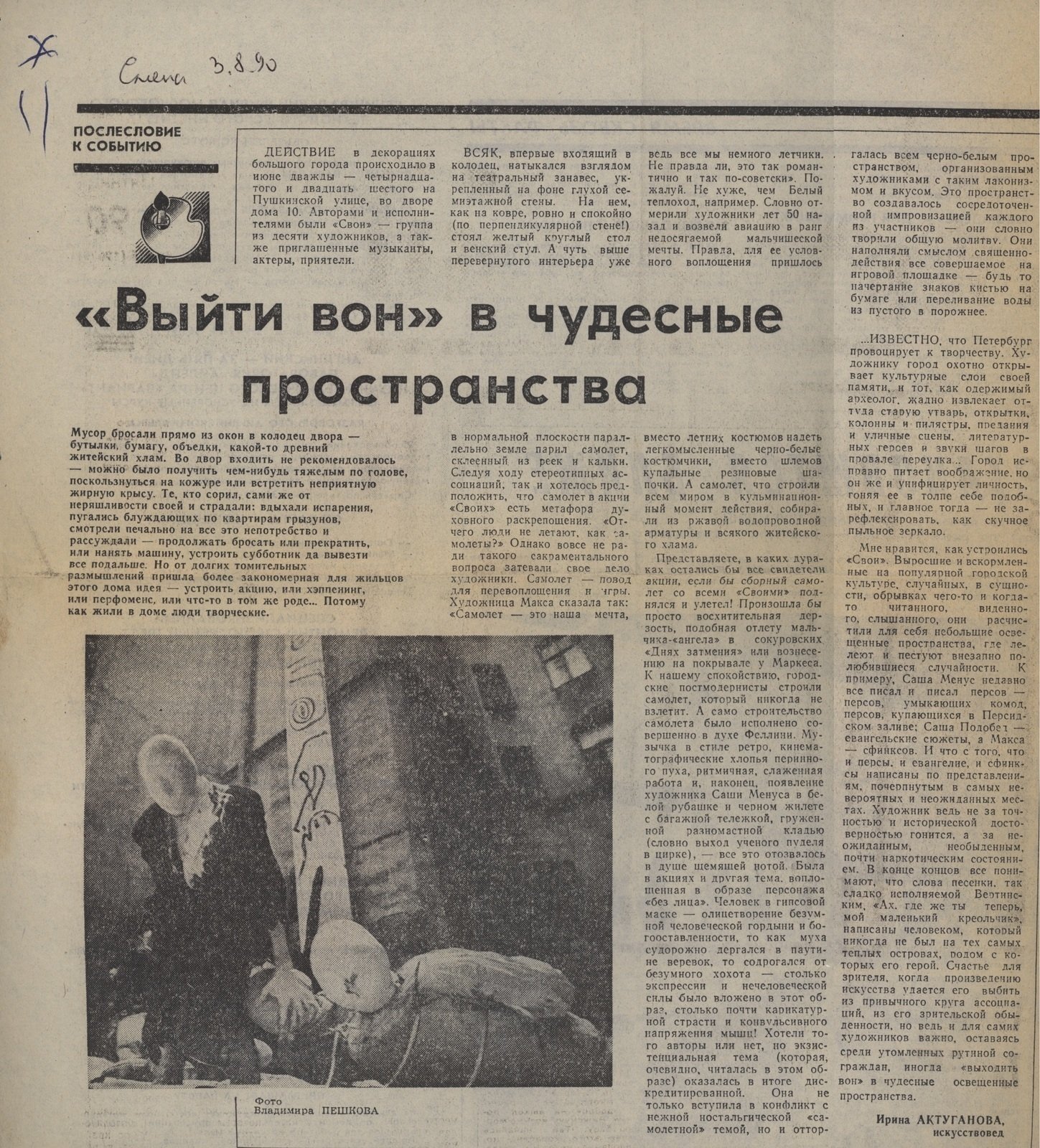