Lead researcher of the laboratory:
Viktor Belozerov (b. 1996, Moscow) has a Master’s degree in the theory and history of art and is a researcher and Japanese specialist. Graduated from the Art History Faculty of the Russian State University for the Humanities (Moscow). Created the educational project Gendai Eye, which aims to promote contemporary Japanese culture in Russia. Lives and works in Moscow.

Japanese Laboratory J100R focuses on ideas about contemporary Japanese art in Russia from the 1920s to the present.

The obvious alignment of the chronology of events is difficult, but it is by no means the essence of the research, which prioritizes reflecting the complexity of interpretive processes and the formation of a holistic perception of twentieth-century Japanese art by both professional and mass audiences. From the 1920s, Soviet art history began building its own history of contemporary Japanese art, allowing certain names and prohibiting others. In the 1950s, the names of Iri and Toshi Maruki, “progressive artists and peace activists,” could be heard in the Soviet Union, but avant-garde groups such as Jikken-kobo or Gutai, who worked at the same time, remained completely unknown.

Since this ideological cordon sometimes failed, the work of “alien” artists, representatives of all sorts of “isms,” seeped into the pages of magazines as negative examples, but they made it possible to simultaneously emphasize the “mistakenness” of new Japanese artists’ turn to bourgeois art and the exceptional correctness of realist artists, so pleasing to Soviet ideology. Commitment to the same topics, rooted in social and political struggle, humanistic motives, and recognizable elements of national culture, made it impossible to present a general picture of contemporary Japanese art, ultimately (in the post-Soviet period) leading to a historiographical void. Attempts to show contemporary Japanese artists in Russia have not filled the gaps in research into the subject of twentieth- and twenty-first-century Japanese art.

The reaction of Soviet and Russian art history to the art of Japan over the past hundred years allows us to look at the complexity and problematic nature of the cultural exchange between Japan and Russia. The laboratory aims to mark the activity of Japanese artists in Russia, including their participation in exhibitions, establishing contacts with local artists and institutions, and unrealized projects and events.

One of the main aims of this project is to show how ways of constructing an alternative history of contemporary Japanese art, different to those versions that exist in the international space, are being formed. As well as demonstrating how (by which authors and using which methods) art was presented from the Japanese side, it is important to show how the domestic model of art history and criticism shapes the viewer’s attitude to foreign narratives.

The laboratory focuses on understanding modern and contemporary Japanese art, architecture, photography, performative practices, and experimental Butoh dance in the later stages of Japanese art’s presence in Russia. It includes the creation of an archive that will bring together periodical materials that were one of the sources for this study. The preservation of this information is a tribute to anyone who has ever been involved in the exploration of this subject. Other plans include organizing educational programs and producing a book on the history of the representation of Japanese contemporary art in Russia.

Garage Museum of Contemporary Art is a key venue for exhibiting Japanese artists in contemporary Russia’s institutional space and actively promotes the culture of Japan in collaboration with J-FEST, a festival of contemporary Japanese culture. The Museum has shown Japanese artists on several occasions, both in group exhibitions such as JapanCongo (2011) and in the solo exhibitions Yayoi Kusama. Infinity Theory (2015) and Takashi Murakami’s major retrospective Under the Radiation Falls (2017). The laboratory will develop the interest of Russian audiences in the art and culture of Japan, emphasizing the importance of the cultural ties and friendship between the two countries. 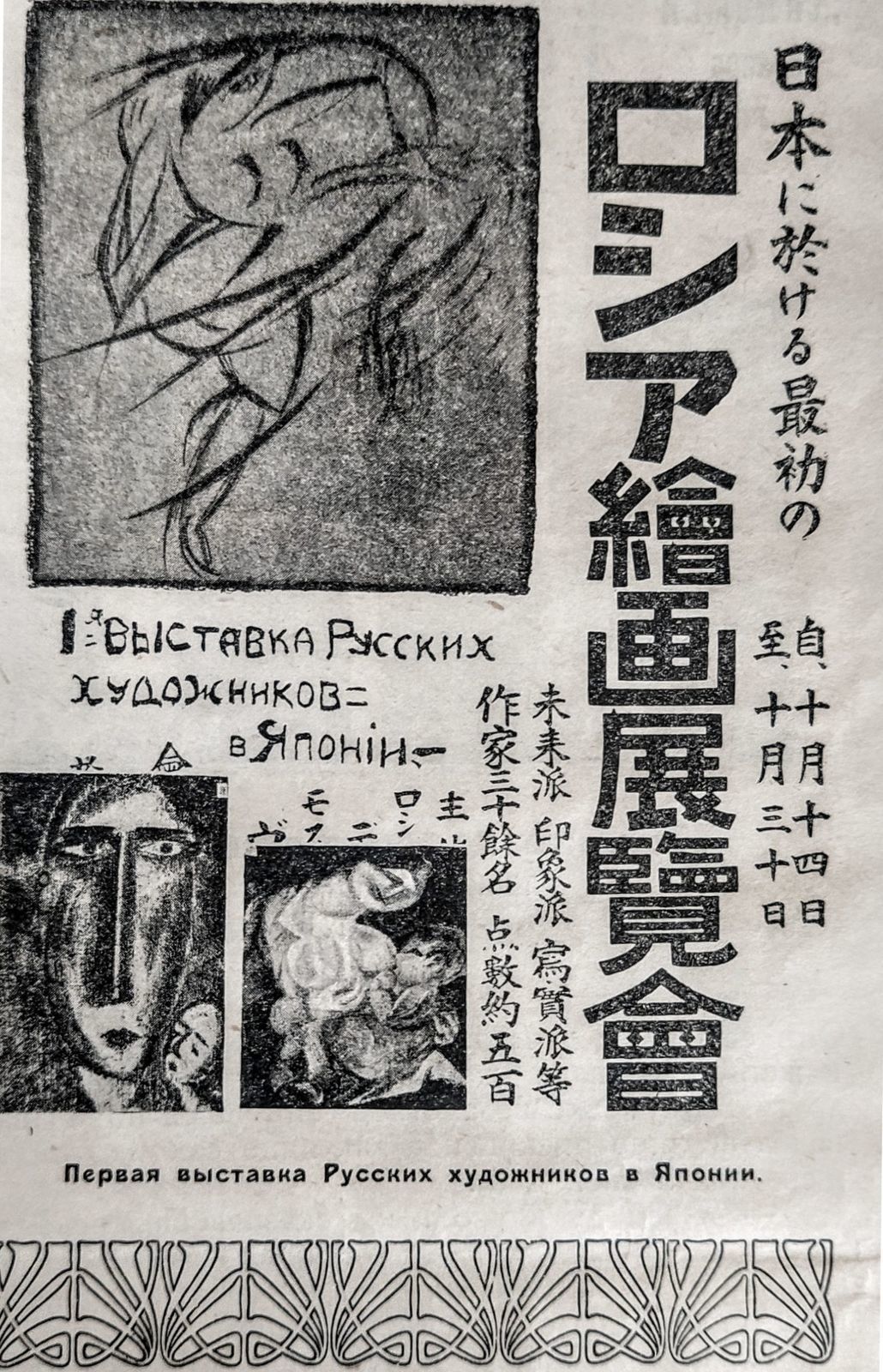 Poster for the 1st Exhibition of Russian Artists in Japan, Tokyo, 1920. Image from the magazine Vsemirnaya illyustratsiya, issue V, 1922 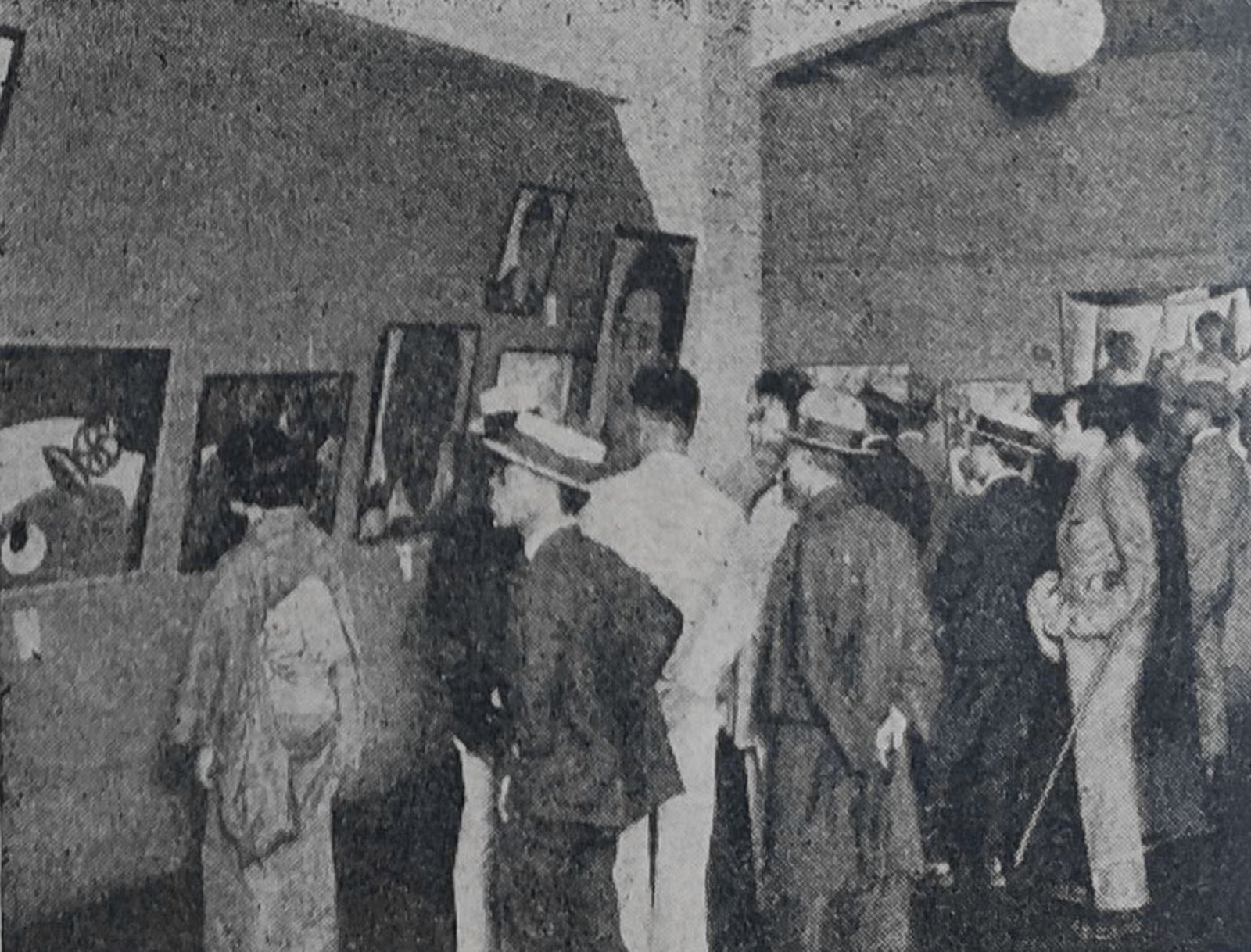 Eighth room of the exhibition of paintings by USSR artists in Osaka, 1927. Illustration from the newspaper Zhizn iskusstva, 34, 1927 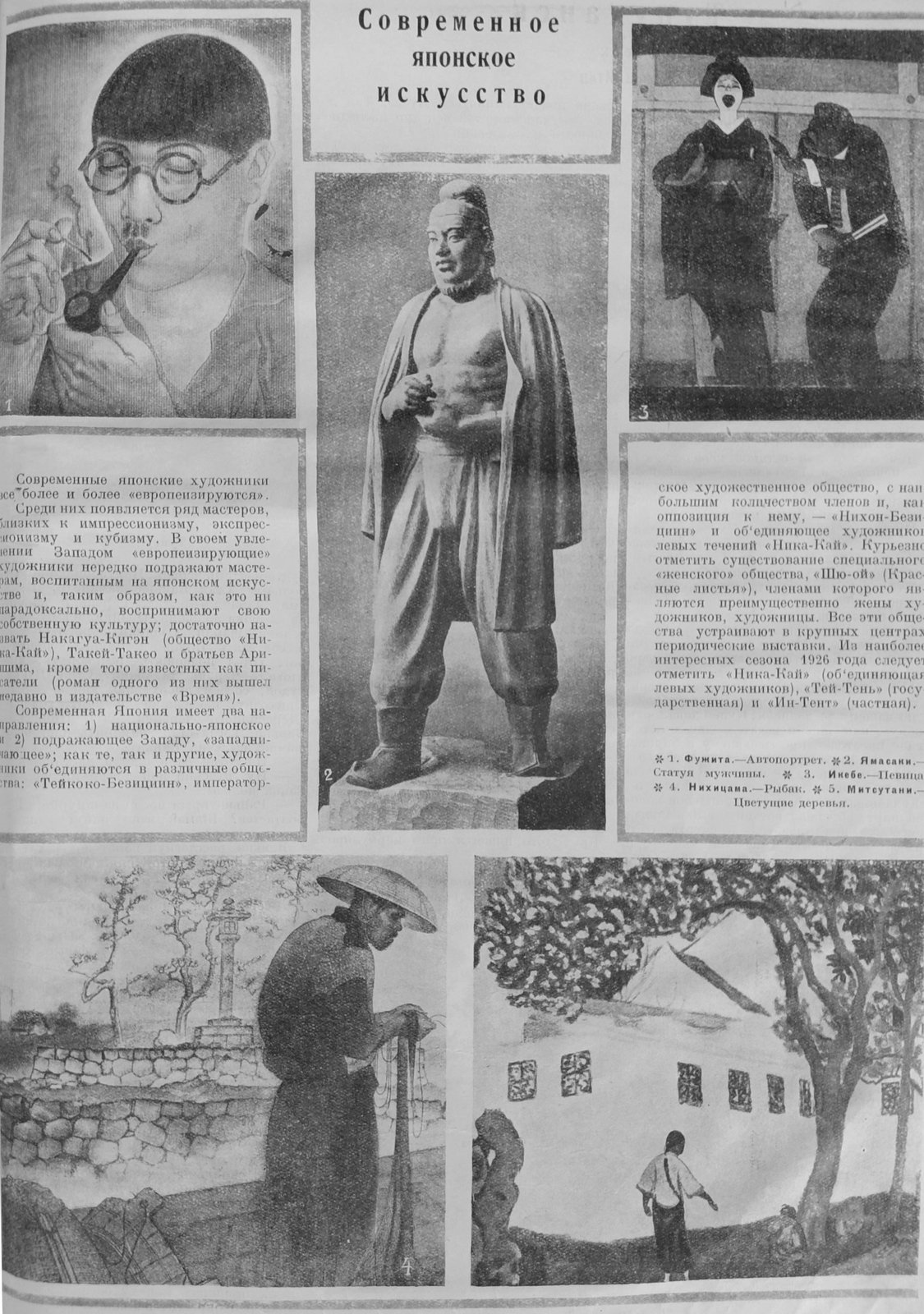 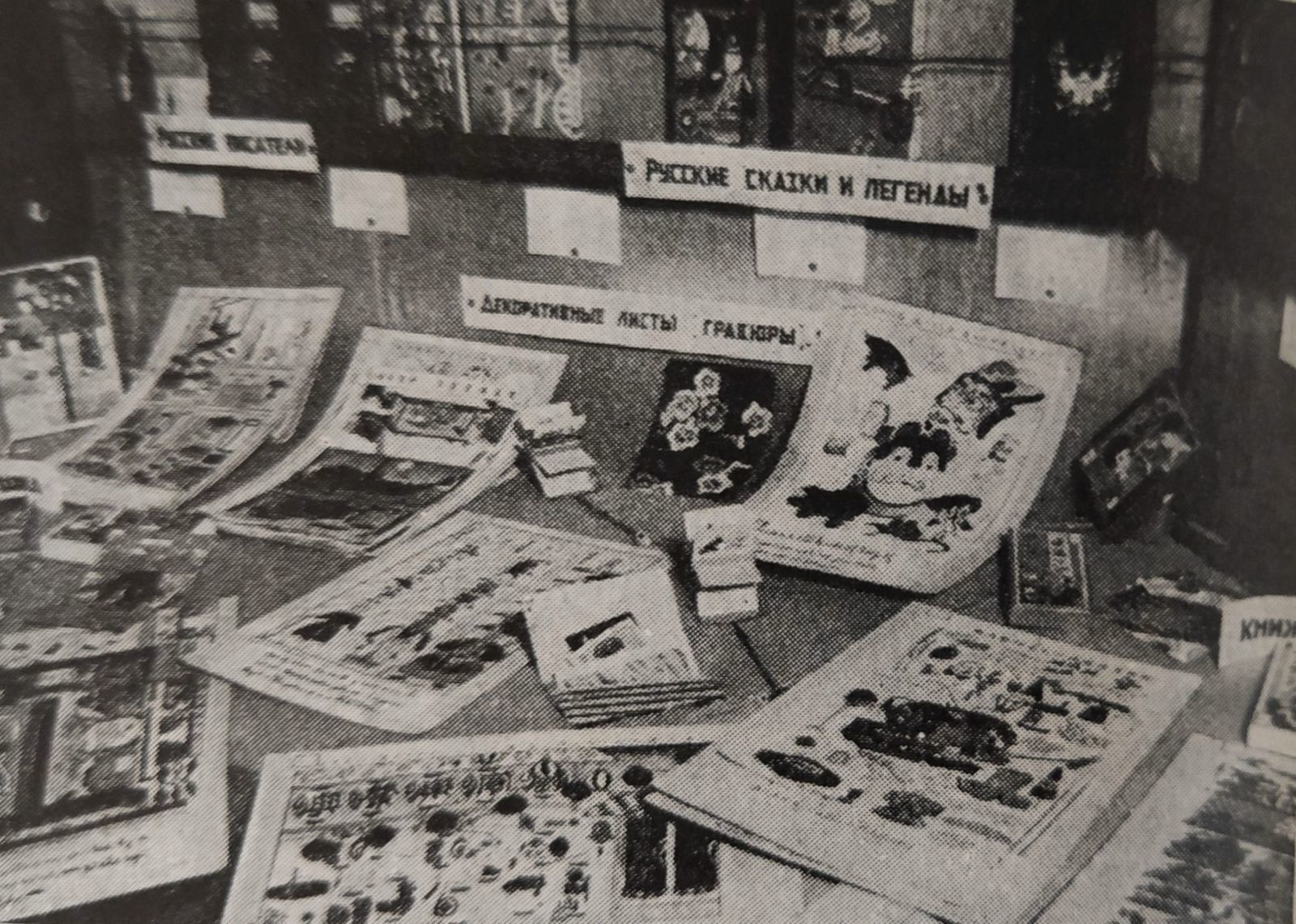 Part of the Exhibition of Japanese Children’s Literature and Children’s Creativity, Moscow, 1928. Illustration from the magazine Bulletin d’Information V.O.K.S., 52, 1928