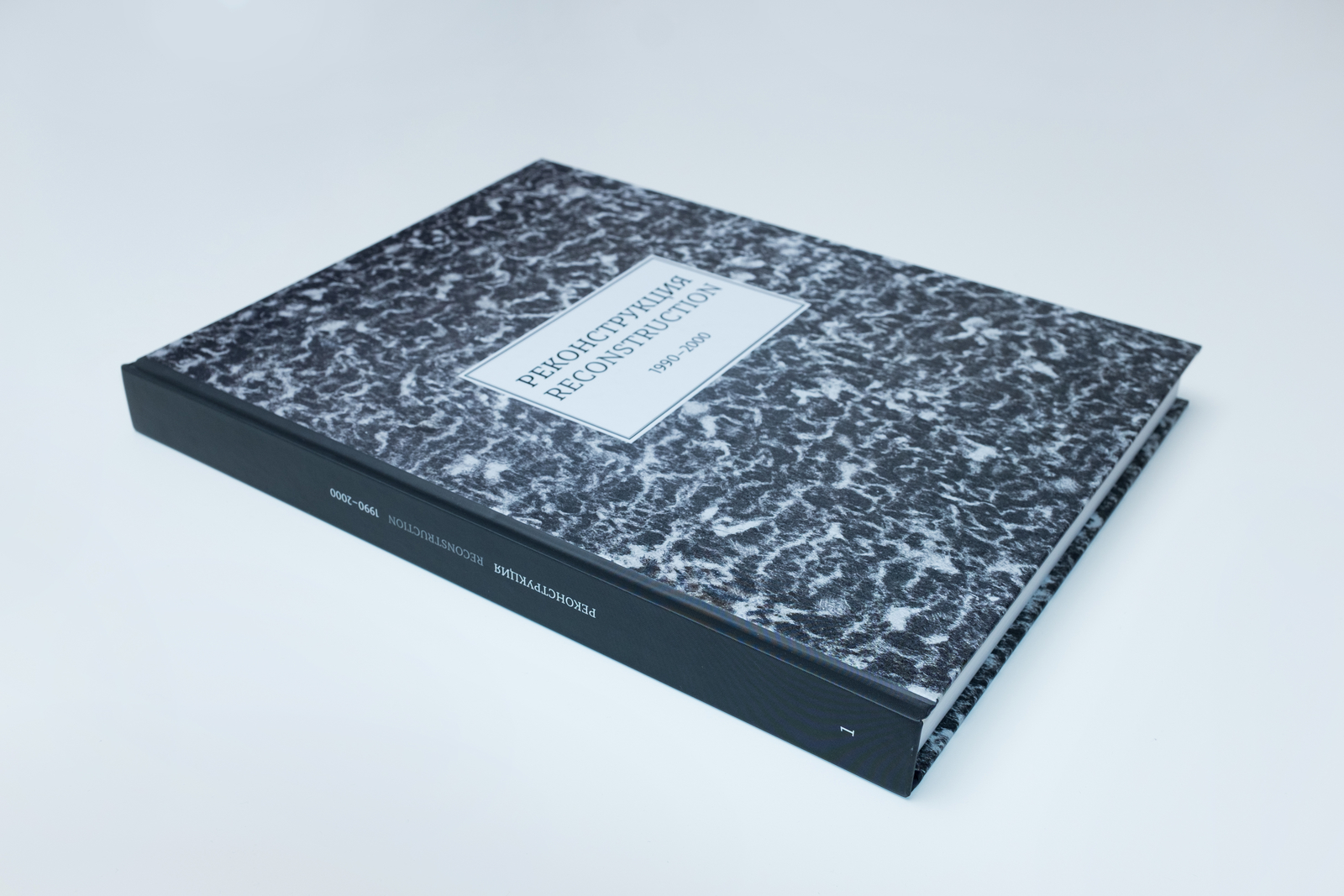 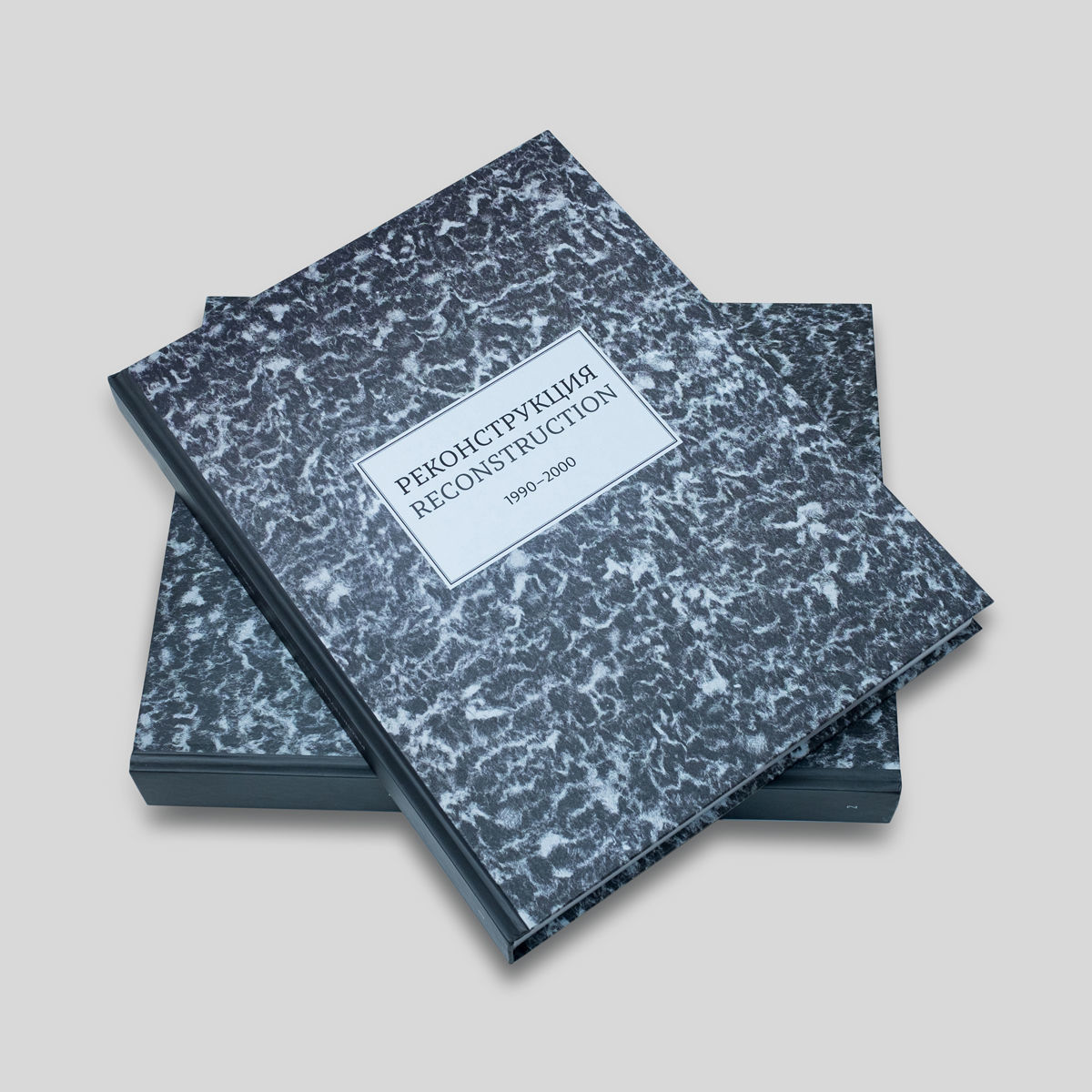 This is the second volume of the edition published in 2013–2014 to accompany a two-part exhibition project titled Реконструкция. Reconstruction. 1990–2000. Forming an integral part of the project, the bilingual publication, produced in collaboration with Artguide Editions, presents a chronology of Moscow art from 1999 to 2000 and a history of Russian art galleries based on archive materials.

The two-volume bilingual publication was produced to accompany the exhibition of the same name organized by Garage in collaboration with Ekaterina Foundation and XL Gallery. Реконструкция. Reconstruction. 1990–2000. Part 2 documented the eponymous exhibition that was presented at Ekaterina Foundation from January 23, 2013 to March 23, 2014, and will be equally interesting to art professionals and the general reader.

Devoted to the Moscow art scene in the 1990s, the publication celebrates the definitive period in the history of Russian contemporary art and offers a chronology of art events of the decade. The volume features exhibition views, fragments of interviews and memoirs by artists and other witnesses of the era. These materials (many of which are made available to the public for the first time in this book) will provide Russian and international readers with a better understanding of the Russian art market and allow them to trace the evolution of the Moscow contemporary art scene.

Реконструкция. Reconstruction. 1990–2000. Part 2 has three sections. The first section is titled Moscow Galleries. Exhibitions. 1990–1995 and contains information on all shows that took place at the 14 most influential galleries in Moscow in the first half of the 1990s, including fragments of press releases and reviews in papers and magazines; Moscow Galleries. Profiles contains essays on the history of the galleries; and section three continues with the chronology of exhibitions in the second half of the 1990s. 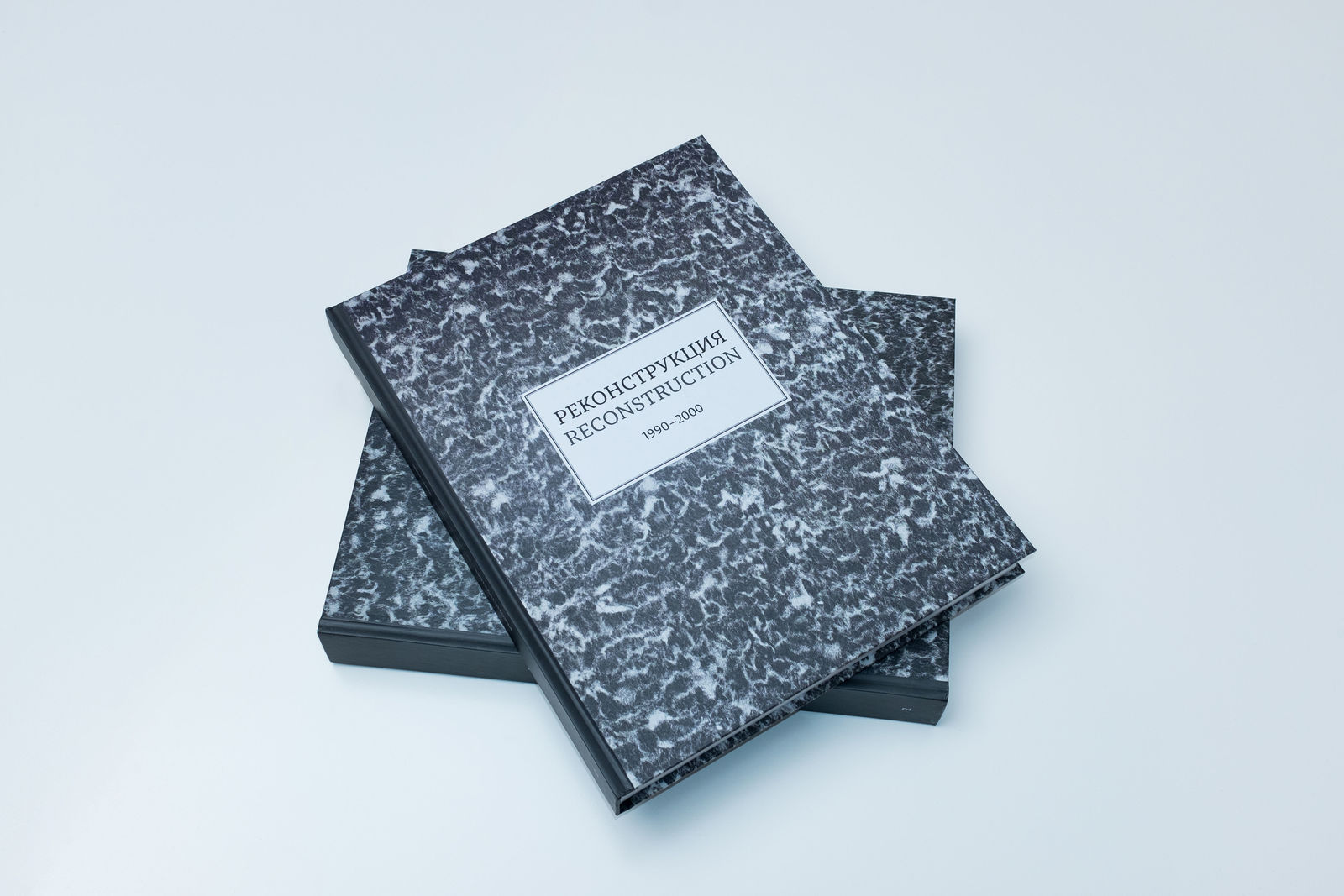 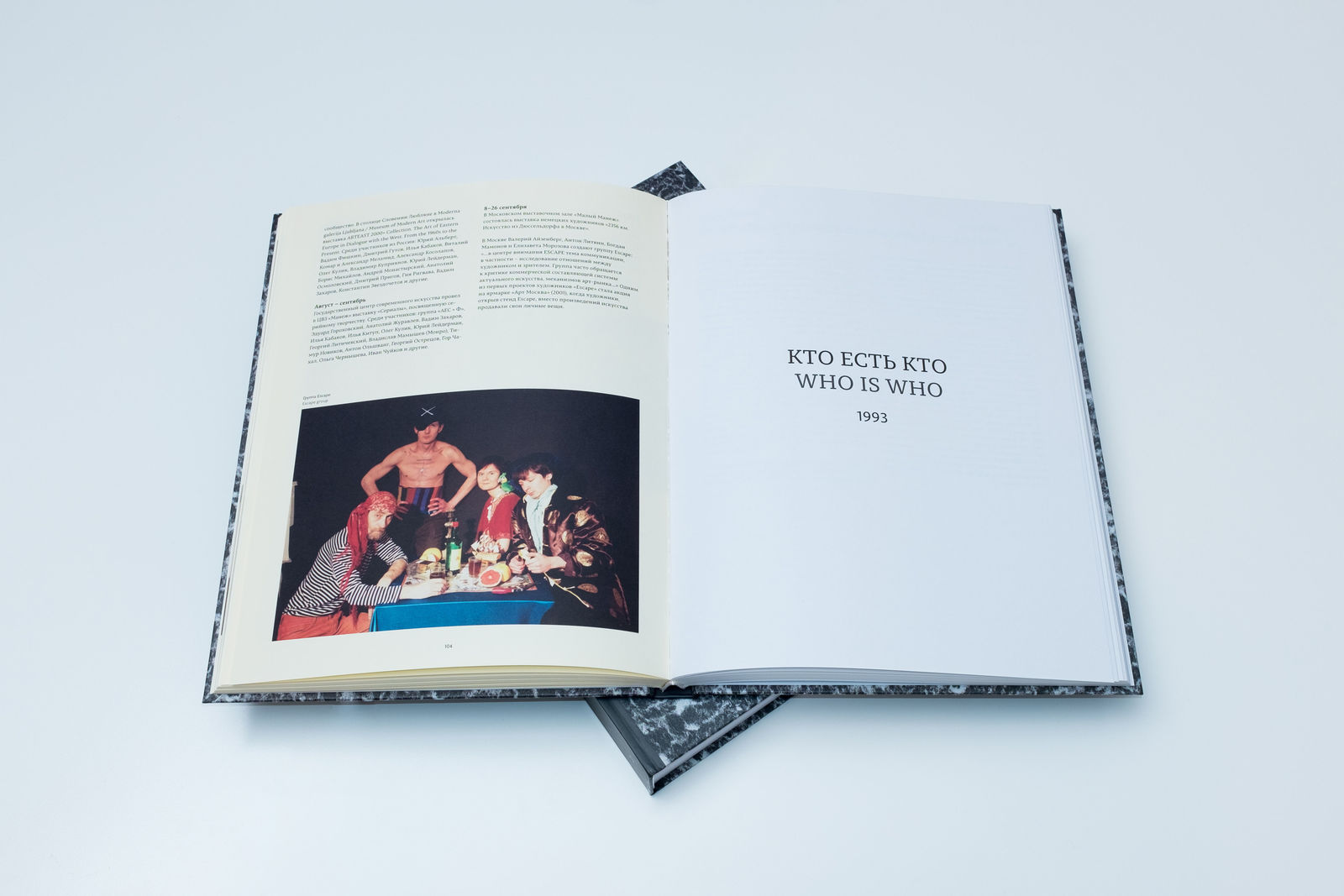 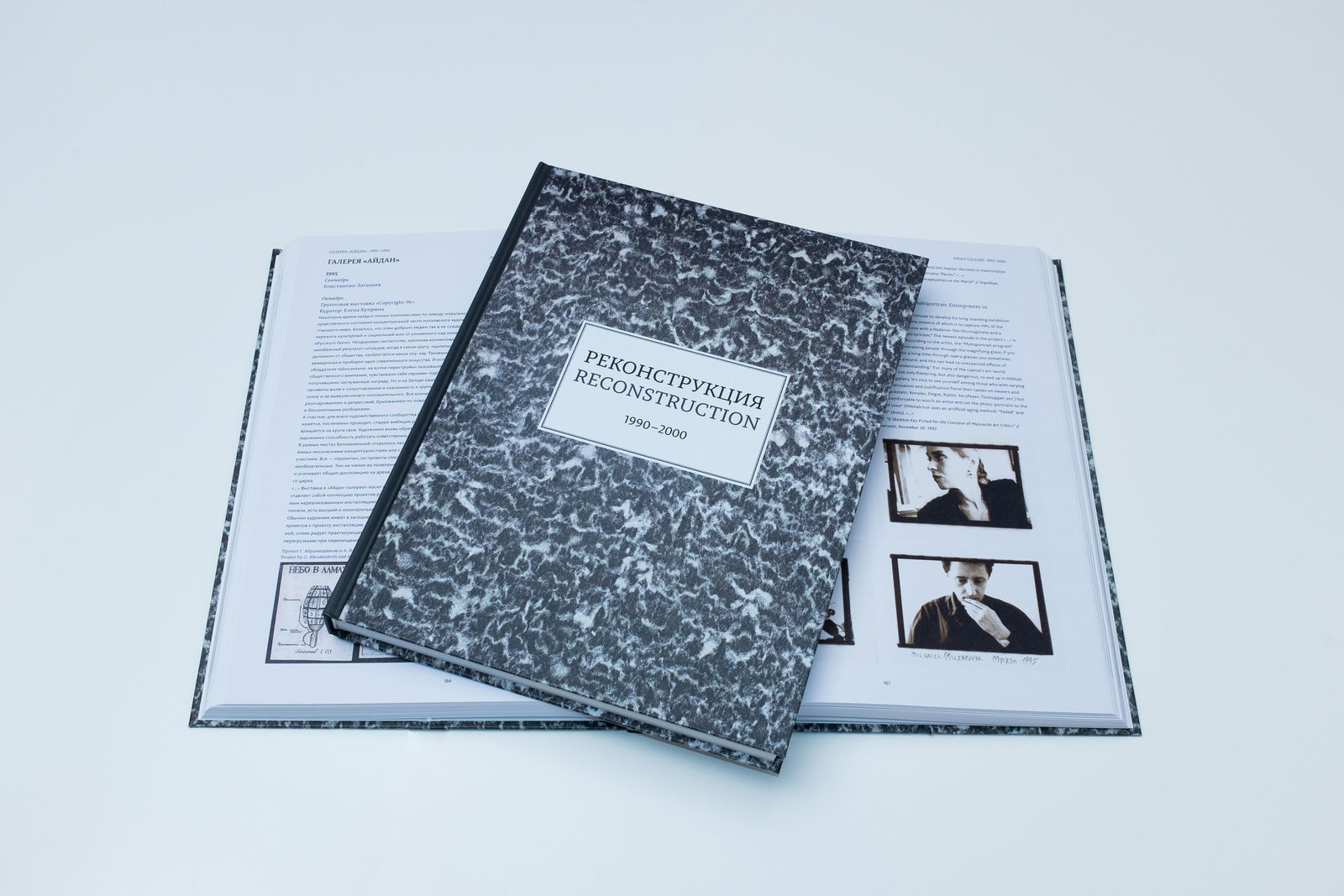