Woman's Film of the 1940s: Gender, Narrative, and History 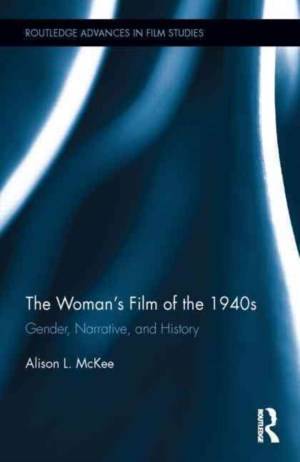 This book explores the relationship among gender, desire, and narrative in 1940s woman's films which negotiate the terrain between public history and private experience. The woman's film and other form of cinematic melodrama have often been understood as positioning themselves outside history, and this book challenges and modifies that understanding, contextualizing the films it considers against the backdrop of World War II. In addition, in paying tribute to and departing from earlier feminist formulations about gendered spectatorship in cinema, McKee argues that such models emphasized a masculine-centered gaze at the inadvertent expense of understanding other possible modes of identification and gender expression in classical narrative cinema. She proposes ways of understanding gender and narrative based in part on literary narrative theory and ultimately works toward a notion of an androgynous spectatorship and mode of interpretation in the 1940s woman's film.