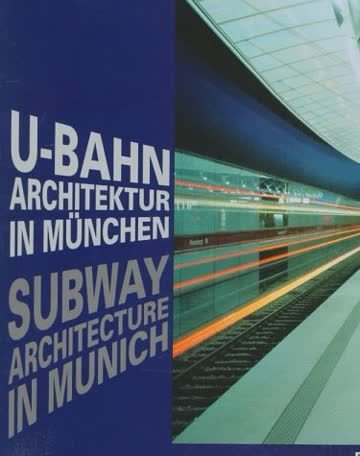 The changing architectural style of the Munich subway system is meticulously documented in this book and supported with numerous photographs. These developments are carefully followed, ranging from the functional design chosen in 1971 when preparations were made for the 1972 Olympic Games, to the modern and innovative architecture of the present. Subway Architecture in Munich is of particular interest to architects, developers, civil engineers and urban planners, tracing the development of Munich's subway over a period of 30 years.

Architecture by city or nation