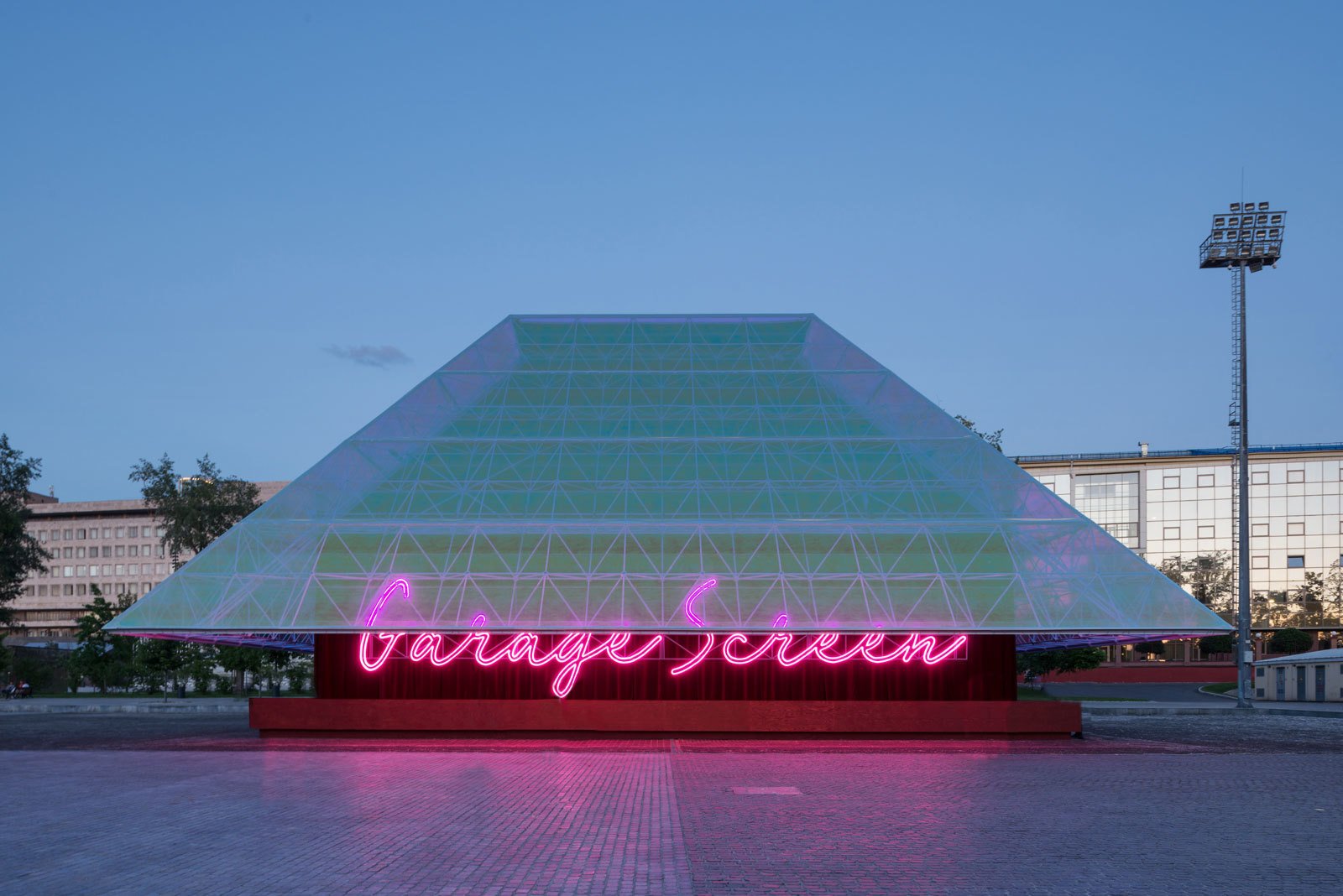 Garage Museum of Contemporary Art announces the second competition for concept design development of the 2020 Garage Screen summer cinema which will be located on Garage Square in front of the Museum.

The goal of the competition is to provide architectural bureaus with an opportunity to submit their vision of a temporary pavilion to be installed in Gorky Park from spring to fall 2020. Applications will be accepted from July 22 through August 16, 2019.

With the inaugural competition held in the beginning of 2019 gathering over 130 applications from 24 Russian cities. Its geography and number of participants confirmed the importance of such initiatives for the development of the local architectural community and the practice of building temporary structures. Throughout its history, Garage has on numerous occasions collaborated with Russian and international architectural studios on the construction of temporary pavilions on the territory of Gorky Park.

The 2019 winning design—a pyramid with holographic facades, red velvet curtains, and modern cinematic and sound equipment—was developed by SYNDICATE (Moscow) and became one of the most popular leisure spots on the map of summer Moscow.

The competition is expanding its geography in the new season by inviting architects from Armenia, Belarus, Kazakhstan, and Kyrgyzstan to participate.

For further information and to apply for the competition please check Garage website.

The Garage Screen film program introduces the viewers to notable examples of Russian and foreign feature, documentary, and experimental film. Last season, the Museum organized over a hundred summer screenings visited by 18,000 people. Screenings were also held outside of Moscow, in several across Russia, Azerbaijan, Kazakhstan, and Uzbekistan.