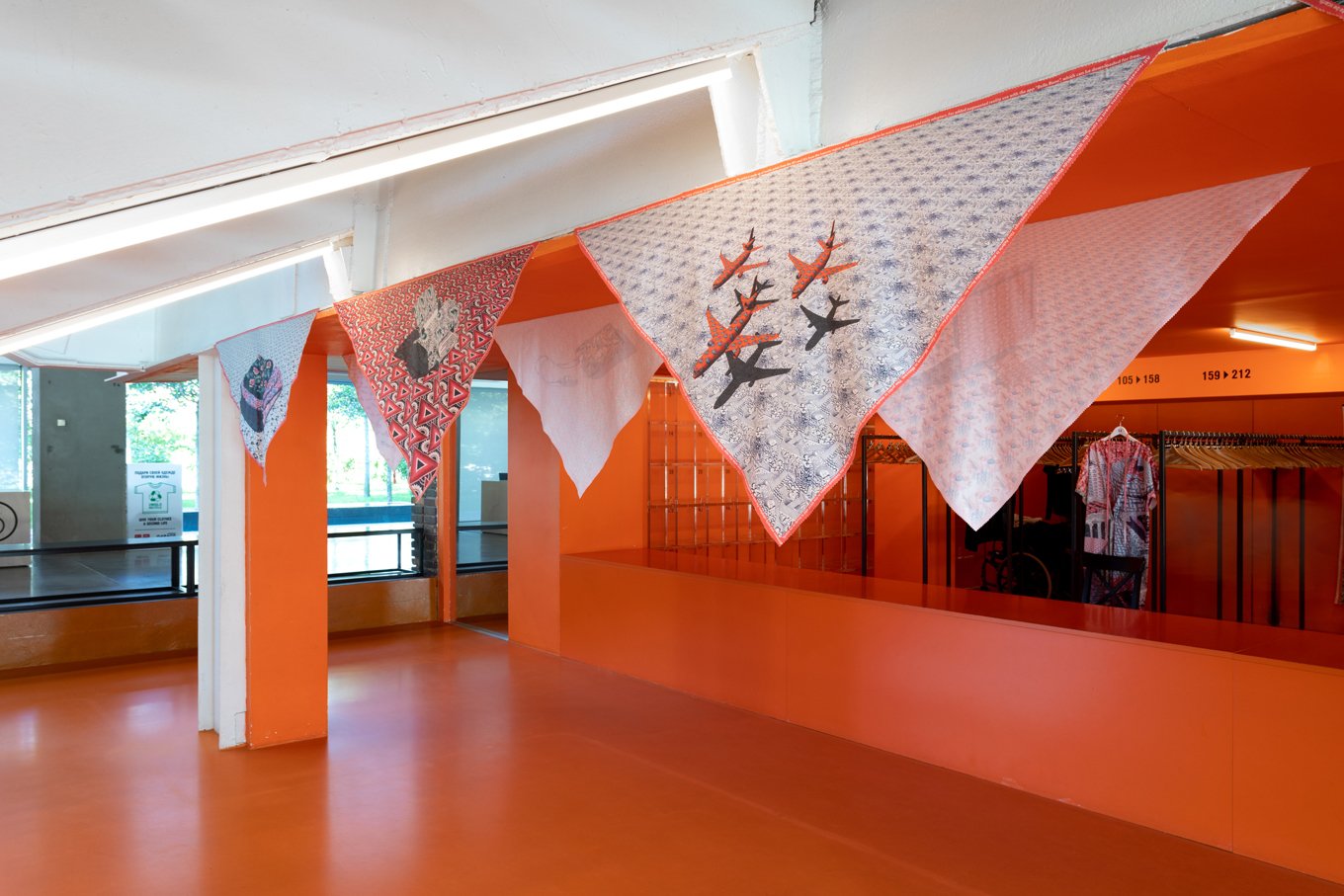 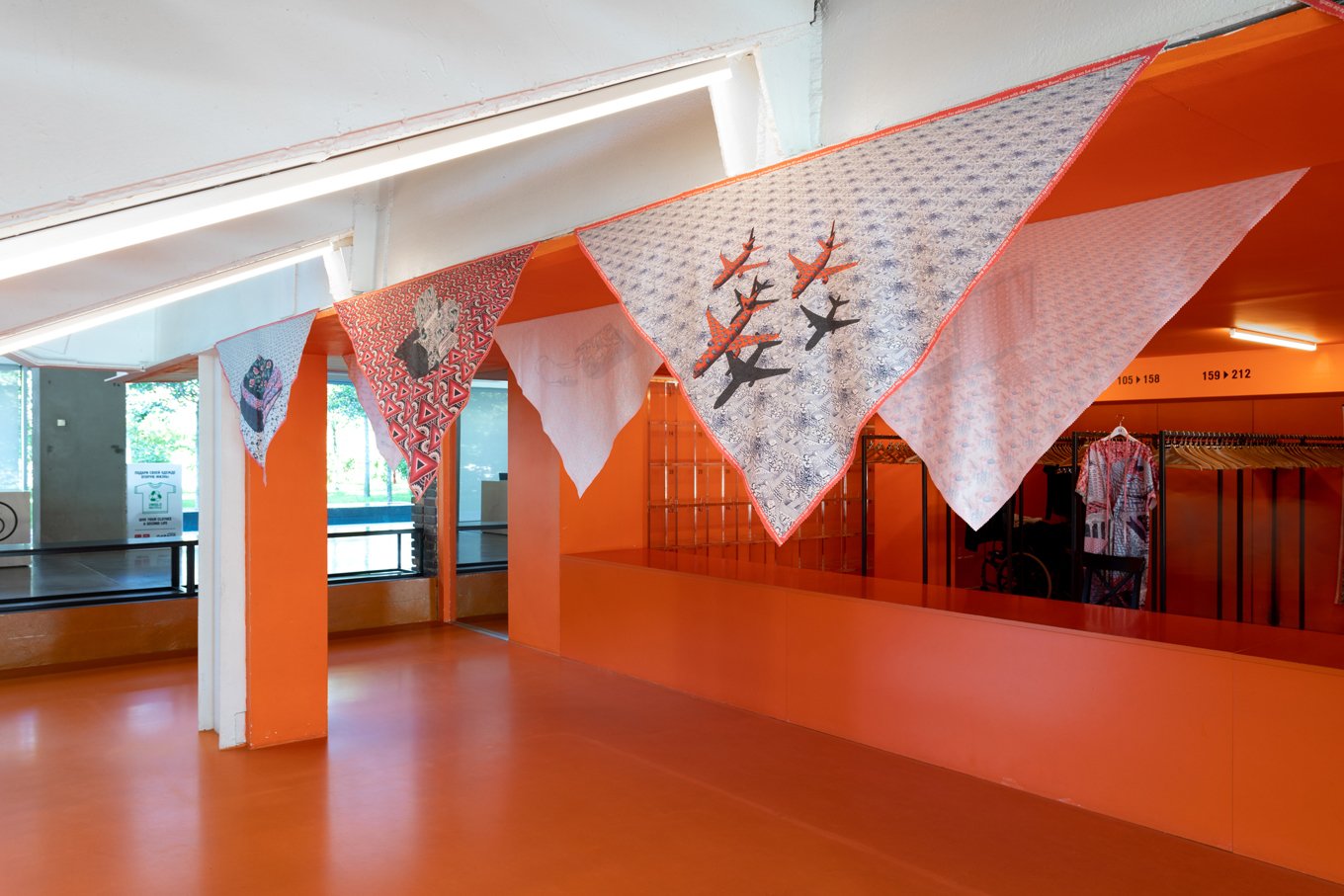 This program, featuring a series of public lectures followed by a two weekends of “crit sessions”, has been organized for those who wish to deepen their knowledge of research-oriented practices under the guidance of participants in the exhibition The Fabric of Felicity—artists Bella Rune, Natalia Pershina-Yakimanskaya (a.k.a. Gluklya), and Olga Egorova (a.k.a. Tsaplya). The lectures and closed sessions will offer the opportunity for a more engaged dialogue and critical discussions.

The series of lectures will be open to the public and will give a broad overview of the invited artists’ practice. The crit sessions will be for a limited audience preselected through an open call (see information below).

Ten outstanding applicants based outside of Moscow will be awarded the Garage Weekend Faculty Scholarship, which will cover return economy class airfare and three nights' accommodation.

During a two-day workshop with Bella Rune, participants will use a modified version of the DasArts feedback sessions where they use drawing, as well as words to give constructive feedback and reveal hidden potential in the participants’ work. Together they both metaphorically and physically construct a social weave and generate patterns from the participating artists’ material.

Bella Rune (b. 1971) is an artist, educator, and curator based in Stockholm, Sweden, working with sculpture, installation, and digital media, often with a high degree of audience participation. Rune has a keen interest in how Textile subtexts infect and communicate our social fabric and how flat surfaces, like cell phones and clothes become the stage for negotiating the world.

The works create bridges between various spaces and worlds, between the forest and the smartphone camera, between digital space, DIY, and the gallery room, between modernist sculpture and folklore. Creating room for alternative kinds of meetings and possibilities through art is central to Rune’s practice. Her works challenge routine modes of vision and patterns of movement and require that the viewer move differently both mentally and physically, while challenging common-sense behaviour and views.

Her work has been included in group-exhibitions at, amongst others, Gallery Magnus Karlsson, Moderna Museet, Trondheim Art Museum, Kalmar konstmuseum, Norrköpings konstmuseum, Oslo Kunstforening, and the Finnish Museum of Photography.

Rune is represented at, amongst others, Malmö Konstmuseum, Moderna Museet, Göteborgs konstmuseum and Espo Museum of Modern Art. She is Professor of Fine Art in Textiles at Konstfack University College of Arts, Crafts and Design in Stockholm and is represented by Galleri Magnus Karlsson, Stockholm.

The Faculty of Natalia Pershina-Yakimanskaya (a.k.a. Gluklya) and Olga Egorova (a.k.a. Tsaplya) will offer the opportunity for critical conversations combining theory and practice between aspiring artists, curators, art critics, writers, and researchers.

Natalia Pershina-Yakimanskaya (a.k.a. Gluklya) (b. 1969 St. Petersburg) сonsidered one of the pioneers of Russian Performance. She co-founded the artist collective The Factory of Found Clothes (FFC) using conceptualized clothes as a tool to build a connection between art and everyday life and the Chto Delat Group, of which she has been an active member since 2003.

In 2012, the FFC was reformulated into The Utopian Unemployment Union, an inclusive project uniting art, social science, and progressive pedagogy, giving people with all kinds of social backgrounds the opportunity to make art together with the help of artist method embracing human fragility. Gluklya’s work has been presented at the 56th Venice Biennale of Art, All the World’s Futures, curated by Okwui Enwezor (2015). She lives and works in Amsterdam and St -Petersburg.

Olga Egorova (a.k.a. Tsaplya) (b. 1968, Khabarovsk) is an artist, filmmaker, teacher. In 1995 with Natalia Pershina-Yakimanskaya (a.k.a. Gluklya) created The Factory of Found Clothes (FFC) and was a member until 2014. In 2003, she became one of the founders of the group Chto Delat. Since 2013, she has been teaching at the School of Involved Art. One of the most important topics of her art is the study of the relationship between the personal and the public (“personal as political”). She is a director of the films and performances (learning play) of the Chto Delat group. As a member of Chto Delat, she takes part in exhibitions, theater and film festivals, conferences, etc. She lives and works in St -Petersburg.

All sessions will be in Russian, except for Bella Rune’s Faculty, which will be in English (applicants must be able to demonstrate a level of at least Upper-Intermediate English to attend this faculty). Ten outstanding applicants based outside Moscow will be awarded the Garage Weekend Faculty Scholarship, which covers travel and accommodation expenses.

Applications will only be accepted from artists, curators, art critics, writers, and researchers with a proven record in the field of contemporary culture. There are no age restrictions.

Applicants will be expected to make a presentation at the beginning of the first session of their research project, which the mentor and peers will then critically discuss. Please note this is not a portfolio review and only one research project will be discussed.

To apply, you will need to submit:

In your motivation letter, please specify:

Applications and motivation letters must be sent in Word format, with the candidate’s family name and the place where the application is coming from in the name of the file, as in the example below:

Ten scholarships are available for outstanding applicants from outside Moscow (but within Russia and the CIS). The Scholarship will cover return one economy class return airfare and three nights' accommodation.