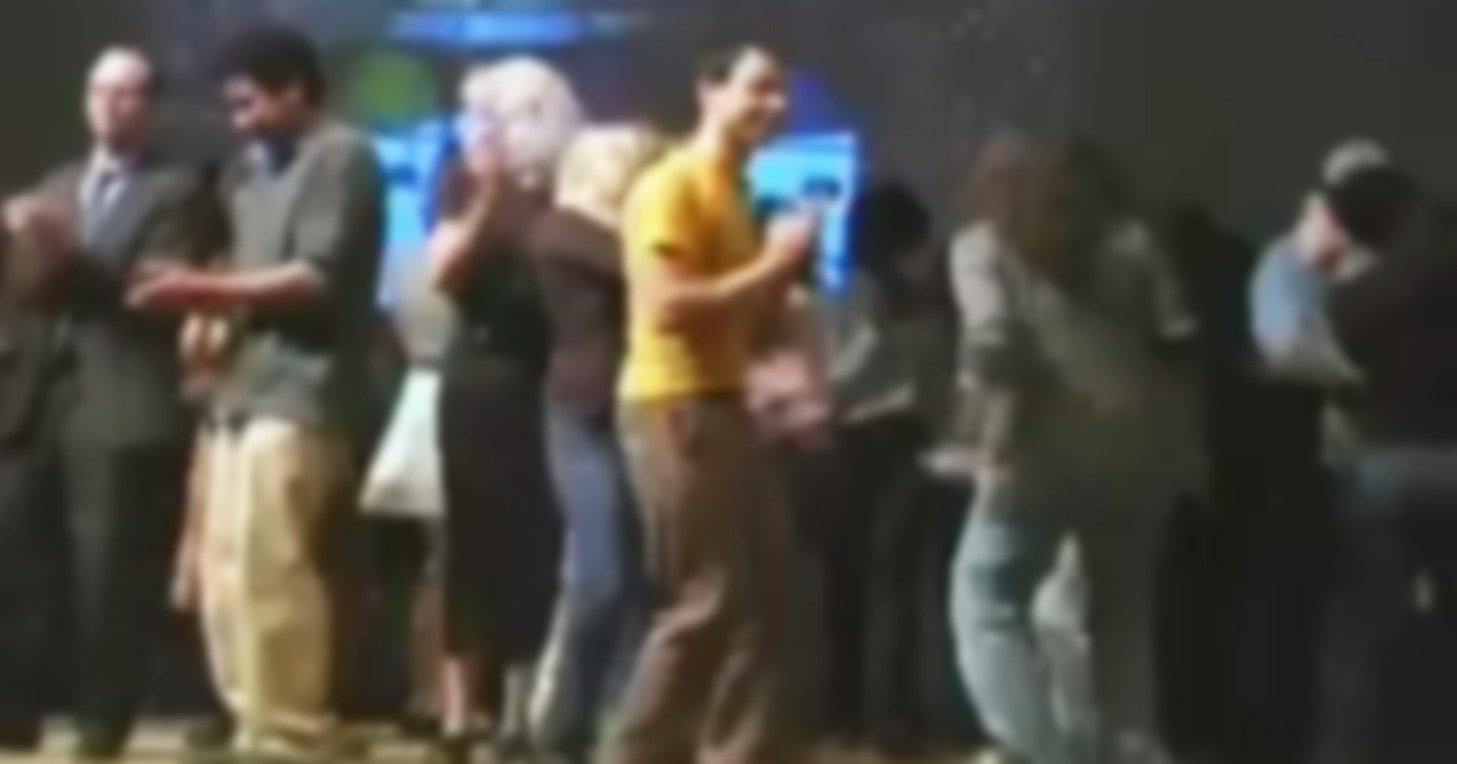 She often uses a politically charged, in-your-face approach that forces people to confront their own prejudices and preconceptions.

The videotape work is based on an audience-interactive performance of Funk Lessons at the University of California, Berkeley that goes considerably beyond the performance. Both performance and tape address the ambiguous status of African-American working class music and dance as serious contributors to American art and culture. In the performance Adrian Piper teaches her audience how to listen to this music and how to dance to it.

Köken Ergun saw Funk Lessons at Okwui Enwezor’s La Trienalle in 2012. According to the artist: “This was pretty influential for me at the time, while I was busy with writing my PhD about the dances in the Turkish community’s wedding ceremonies in Berlin. Getting to know the other by participating in the other’s dance was one of the topics of my thesis at the time, and the same topic came up again in Young Turks. In Young Turks Kenyan, Indonesian, and other foreign students in Turkish schools learn Turkish folk dances, and this education becomes their “ticket” to Turkey, where they perform these dances at the Turkish Olympics to a purely Turkish audience.