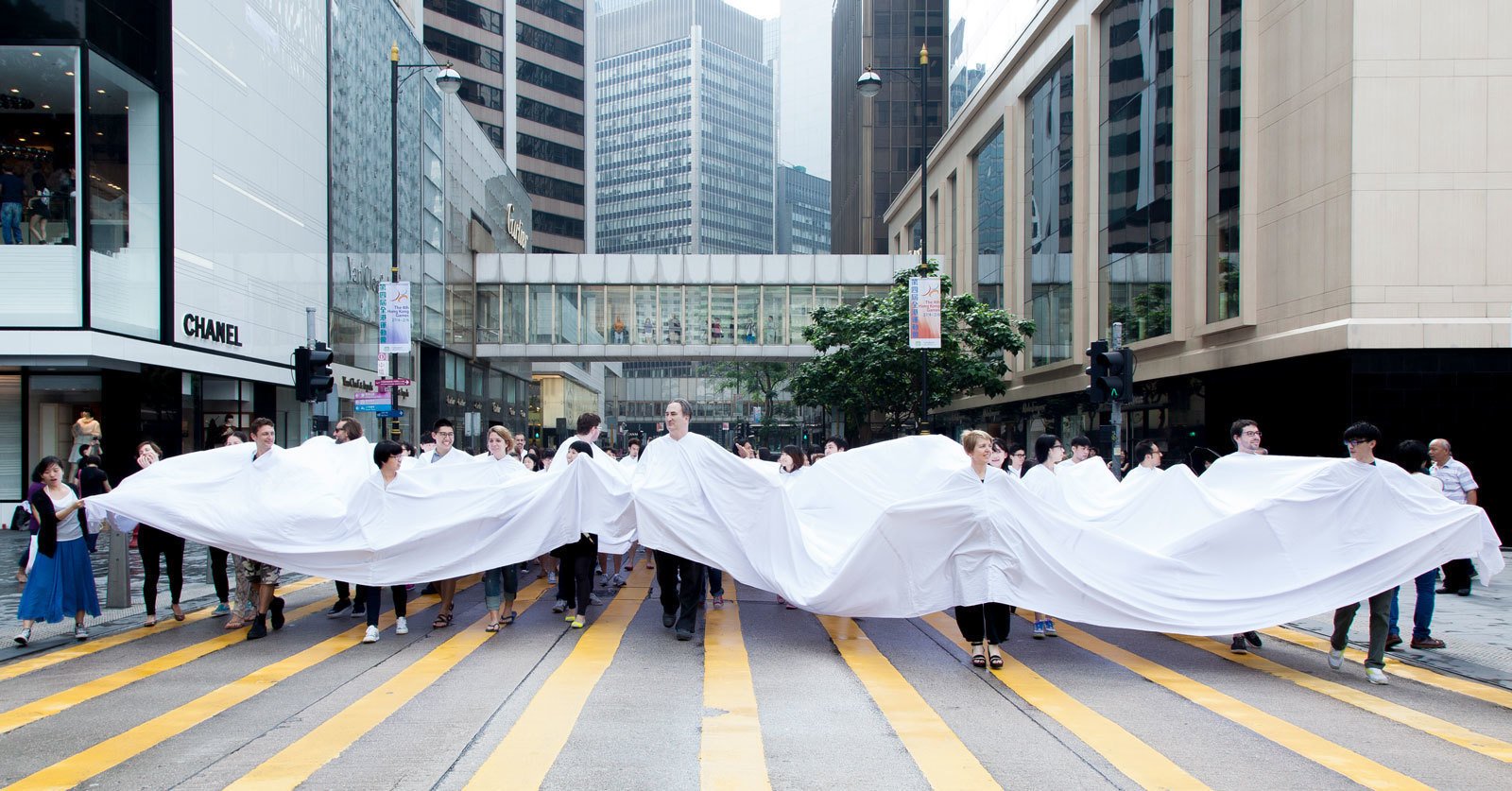 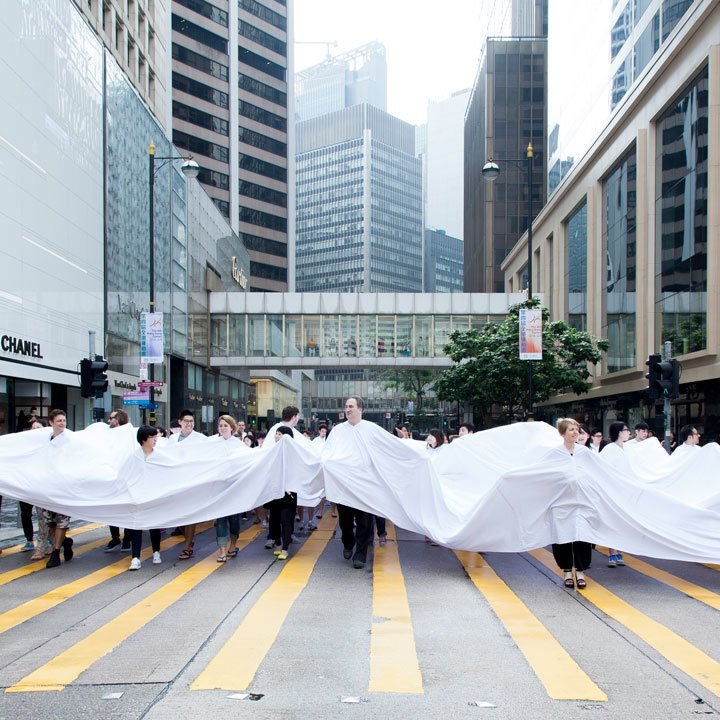 On September 29, Garage Museum of Contemporary Art launches its fall exhibition season, including The Fabric of Felicity, which brings together over forty artists from around the world who explore clothes outside the context of the fashion industry. As part of the exhibition, visitors are invited to take part in Divisor, a recreation of a performance first organized by Brazilian artist Lygia Pape (1927–2004) in the favelas of Rio de Janeiro in 1967.

On September 29, as with the original performance half a century ago, participation is open to everyone. An important artist of the postwar Brazilian avantgarde, Lygia Pape experienced her country in times of great historical contrasts: the futurist aspirations symbolized by the new capital, Niemeyer’s Brasilia, were destroyed by a military coup and a dictatorship which lasted two decades (1964–1985). In 1967, on the eve of the abolition of an already authoritarian constitution, Pape invited children from the favelas to walk the streets of Rio de Janeiro in a procession. The artist covered the children with a huge white cloth, the slits in which divided the crowd into single faces. Anyone could join the “carnival of the disenfranchised.” Divisor offered an opportunity to withdraw from the public space strictly regulated by the junta and into a zone of creative autonomy, albeit for a short while. This “social sculpture” made from white cloth and dedicated to human freedoms can rightly be considered part of the worldwide movement against oppression and inequality.

Garage invites visitors to join the procession along the riverbank and around the park in a group covered by a large white cloth.

After the performance, all participants will be offered free admission to the new exhibitions at Garage.

Go to exhibition
The Fabric of Felicity