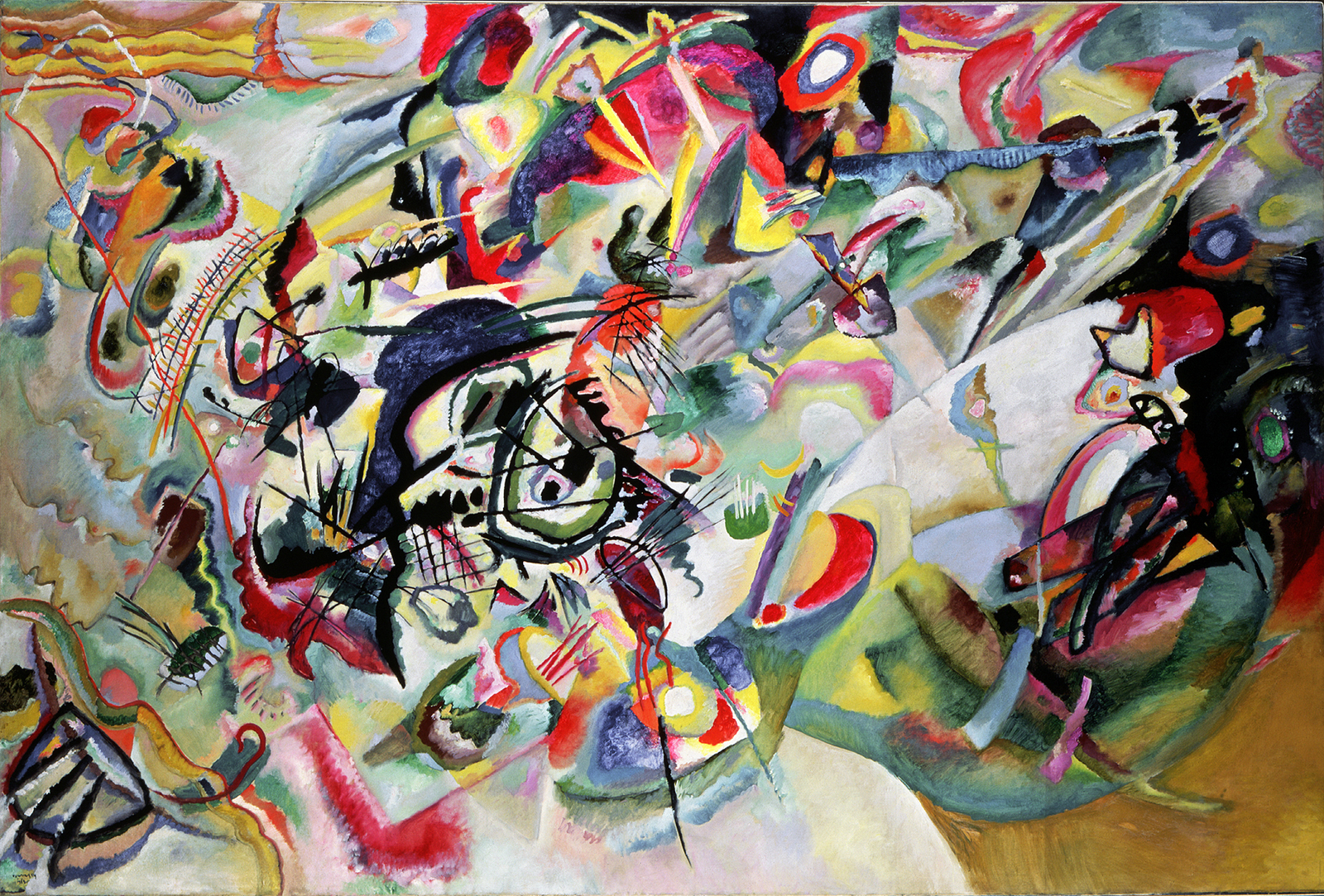 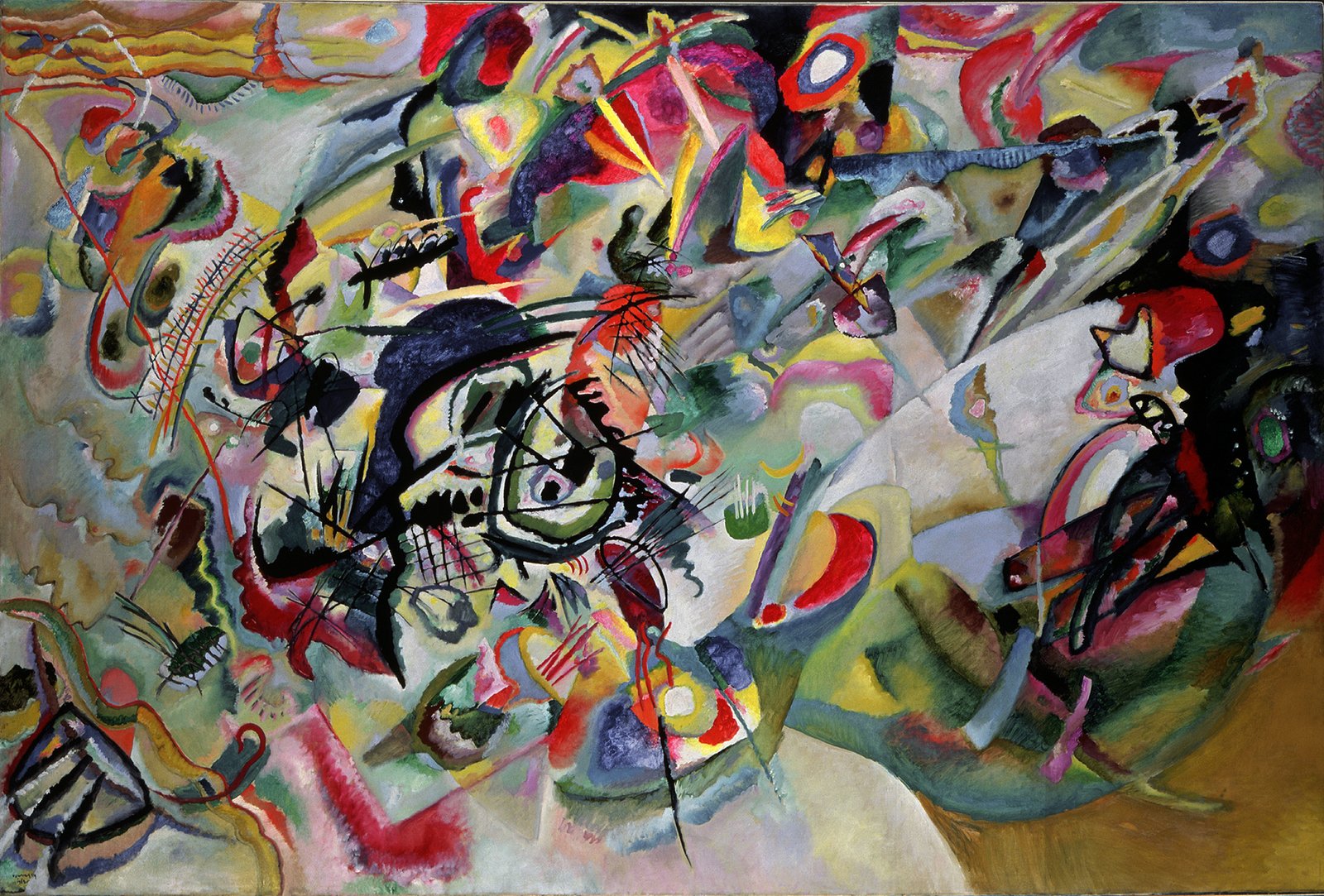 To mark the 150th anniversary of the birth of artist Vasiliy Kandinsky, the State Tretyakov Gallery and Garage Museum of Contemporary Art have co-organized an international seminar. It will focus on how contemporary museums and curatorial practice can reevaluate Kandinsky and the legacy of the classical Russian avant-garde today.

The seminar will take place within the framework of the exhibition Vasiliy Kandinsky. Counterpoint: Composition VI / Composition VII, which brings together two of the artist’s key works, shown side by side for the first time since 1989. The exhibition at the Tretyakov Gallery (April 13-June 13, 2016) will subsequently travel to the State Hermitage Museum.

Inviting renowned curators from Russia and abroad, the seminar will look at retrospectives on the legendary Kandinsky, as well as some critically acclaimed recent projects. Examining current issues in exhibition-making, particularly with well-known historical figures, the aim of the seminar is also to explore what the “ideal” exhibition of Kandinsky would be today, in terms of how to represent the avant-garde in contemporary contexts.

The seminar is organized by Garage Museum of Contemporary Art and the State Tretyakov Gallery in Moscow.

Natalya Avtonomova has been the head of private collections at the Pushkin State Museum of Fine Arts since 2000. She studied art history and theory at Moscow State University and worked at the State Tretyakov Gallery from 1970 to 2000. Her research interests include the art of the late 19th early 20th century and in particular the work of Vasiliy Kandinsky. In 1989 she organized Kandinsky’s first solo exhibition in the USSR and in 1994, a conference on his life and work. In 2003 she initiated the publication of a two-volume book exploring Kandinsky’s theory.

Tracey Bashkoff is senior curator of collections and exhibitions at the Solomon R. Guggenheim Museum. Since joining the museum in 1993, she has contributed to over 15 special exhibitions covering a range of 20th century subjects, including the international retrospective Kandinsky (Lenbachhaus, Munich; Centre Pompidou, Paris; Guggenheim, New York, 2008–2009), which she co-curated. Bashkoff has curated collection-based exhibitions for the museum since 1997, including permanent displays as well as temporary presentations, such as The Great Upheaval: Modern Art from the Guggenheim Collection, 1910–18 (Guggenheim, New York, 2010). For the Deutsche Guggenheim, Berlin she organized the commissions and presentations of works by John Baldessari (2004) and Hiroshi Sugimoto (2000), as well as the exhibition On the Sublime: Mark Rothko, Yves Klein, and James Turrell (2002). In 2014, she was a fellow for the Center for Curatorial Leadership.

Kate Fowle is Chief Curator of Garage Museum of Contemporary Art in Moscow and Director-at-Large at Independent Curators International (ICI) in New York, where she was Executive Director from 2009 to 2013. Prior to this, she was the inaugural International Curator at Ullens Center for Contemporary Art in Beijing. From 2002 to 2007, Fowle was chair of the Master’s Program in Curatorial Practice at California College of the Arts in San Francisco, which she co-founded in 2001. Before moving to the USA, she was Co-Director of Smith + Fowle in London (1996–2001) and curator at the Towner Art Gallery in Eastbourne (1993–1996). She graduated with a Fine Art degree from Norwich School of Art and was awarded the Arts Council of England Traineeship in Curating in 1991.

Jens Hoffmann is a writer and exhibition maker. He currently works as deputy director of the Jewish Museum, New York. He has been senior curator at large at the Museum of Contemporary Art Detroit since 2013, and was the director of the Wattis Institute of Contemporary Art, San Francisco (2008–2013) as well as director of exhibitions and chief curator at the Institute of Contemporary Arts, London (2003–2007). Hoffmann has curated over 50 exhibitions internationally since the late 1990s and was curator of the 10th Shanghai Biennial (2012), the 12th Istanbul Biennial (2011) and the 2nd San Juan Triennial, Puerto Rico (2009). In 2009 Hoffmann founded The Exhibitionist: A Journal for Exhibition Making. Since 2003 he has been adjunct professor at the Nuova Accademia di Belli Arti in Milan. He was an associate professor at the curatorial practice program of California College of the Arts in San Francisco (2008–2013) and a senior lecturer at the curatorial studies program of Goldsmiths College, University of London (2003–2010). His most recent books include Theater of Exhibitions (2015) and (Curating) From A To Z (2014). He is currently working on Futurism: An Art History of the Future, to be published in 2017.

Angela Lampe is curator of the collection of modern art at the National Modern Art Museum at the Centre Pompidou. She holds a PhD in art history from the Sorbonne and previously worked at Kunsthalle Bielefeld in Germany. She has published many articles on avant-garde art and a monograph on Vasiliy Kandinsky at the Centre Pompidou publishing. Her recent curatorial projects include: Kandinsky. A retrospective (Mailand, Milwaukee, Nashville, and Madrid, 2013–2015), Robert Delaunay, Rythmes sans fin (Centre Pompidou, 2014), and Paul Klee. L’ironie à l’œuvre, (Centre Pompidou, 2016).

Irina Shumanova is an art historian. She studied at Moscow State University and has been working at the State Tretyakov Gallery since 1989. Since 1992 she has been curator of the collection of 19th and early 20th century drawings, and since 2005 she has been head of the department of drawings and prints of the 18th–20th She has curated many exhibitions and is the author of numerous publications on Russian drawing, fine art, and theatre in the early 20th century. She has written extensively on Mikhail Vrubel, Leon Bakst, Victor Borisov-Musatov, Aleksandr Golovin, Natalia Goncharova, and Vasiliy Kandinsky. She is the curator of Vasiliy Kandinsky. Counterpoint: Composition VI / Composition VII at the State Tretyakov Gallery.

The seminar is organized by Garage Museum of Contemporary Art and the State Tretyakov Gallery in Moscow.

Exhibitions of Vasiliy Kandinsky in the Late 20th Century. Mathematics and Metaphysics

In her lecture, curator Irina Shumanova will discuss some of the key exhibitions of Vasiliy Kandinsky’s work in the late 20th and early 21st century.

The National Aspect. How to Present Kandinsky to a Contemporary International Audience

Curator Angela Lampe will discuss the history of retrospective exhibitions of Vasiliy Kandinsky in various countries including Italy, the United States, and Spain. The role of multimedia in Kandinsky exhibitions will also be explored.

The 1989 Show in Moscow. The Return of Vasiliy Kandinsky

Natalya Avtonomova will present the history of the legendary exhibition of Vasiliy Kandinsky’s art at 1989 in Russia.

Thinking Small: Kandinsky after the Retrospective is Over

Tracey Bashkoff’s presentation will explore the challenges to reinvent Kandinsky for audiences in ways other than a large career exhibition view.

The Role of Archives in Kandinsky’s Exhibitions

Angelika Weissbach will examine the significance of archival documents in the context of Kandinsky exhibitions, and the way that field of scholarship is growing.

Jens Hoffmann will present an “ideal” Kandinsky exhibition focusing on a number of different sections that look at various forms of abstraction related to areas such as politics, language, religion, history, sciences, economics, and even the digital realm. 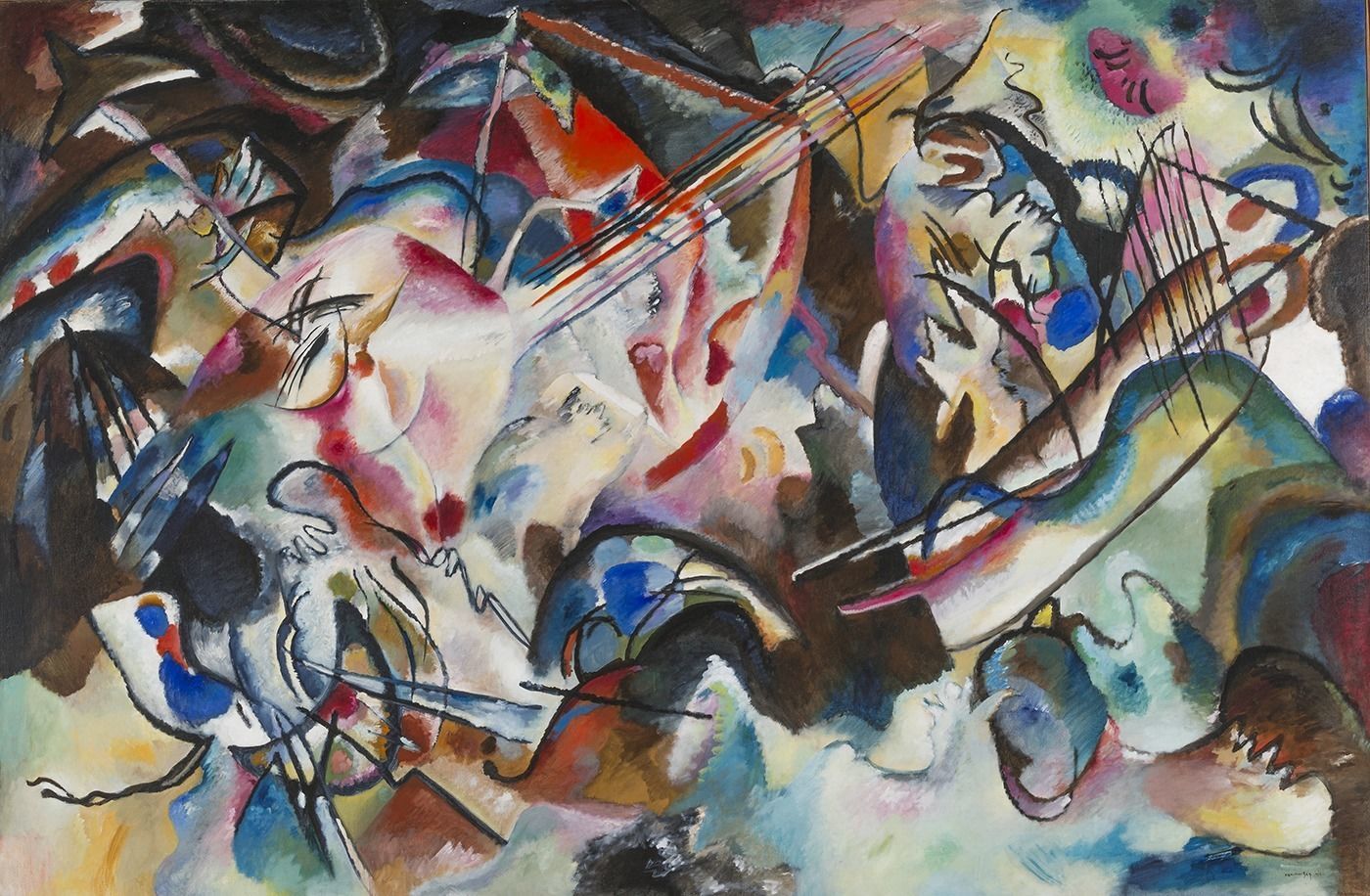 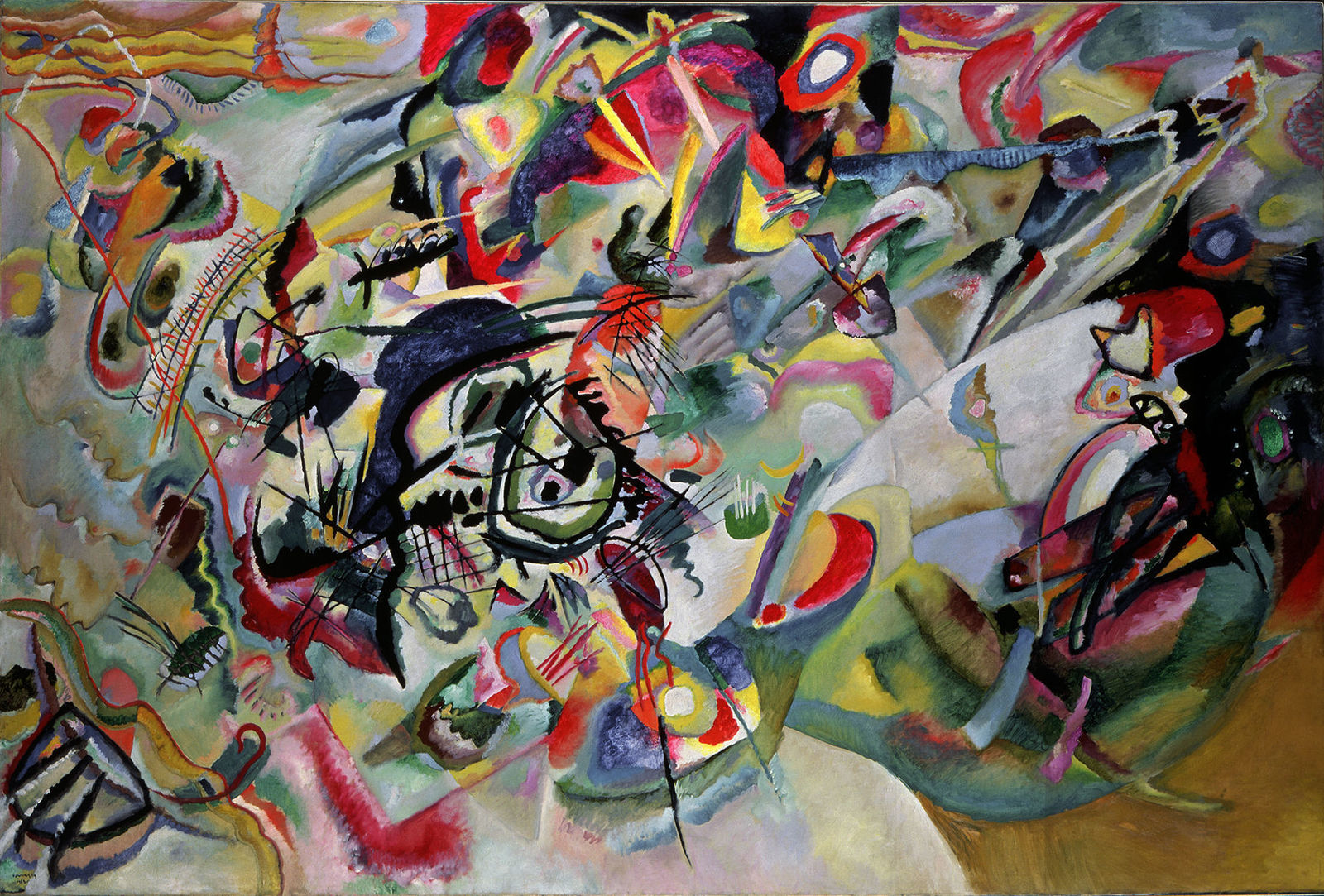