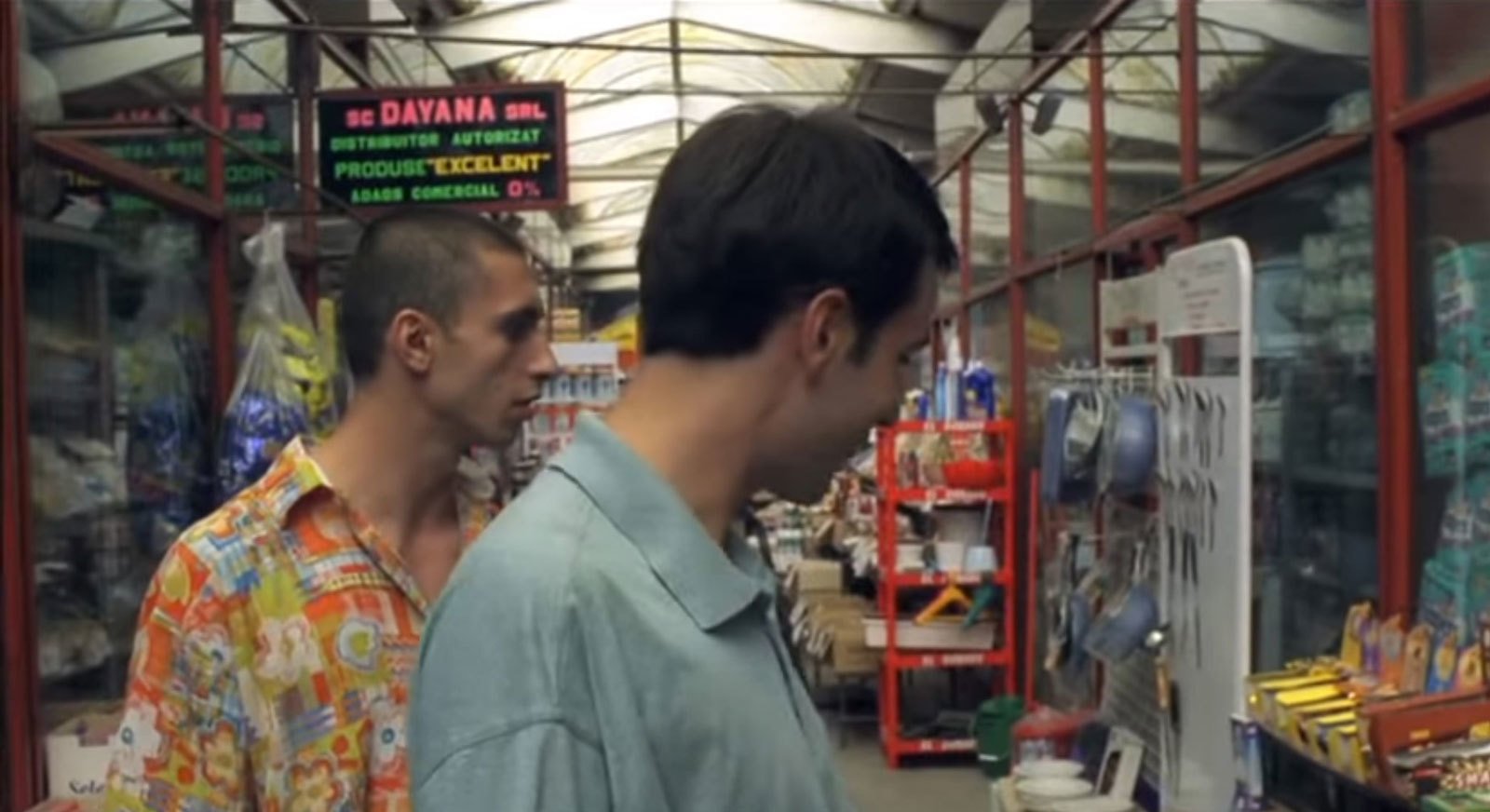 Romania, beginning of the 2000s. Ovidiu is a young man with an entrepreneurial bent who is trying to launch a business in his hometown Constanta, but is short of money. He is approached by a family friend Mr. Marcel, who offers Ovidiu the cash he needs if he delivers packages with some "medication" to Bucharest. The delivery should be kept in secret and not draw unnecessary attention. Without considering the likely implications of such shady deal, Ovidiu neglects Marcel’s request and hits the road with the best friend and his girlfriend.

The full-length debut of Cristi Puiu—one of the best modern directors—is less well-known than his The Death of Mr. Lazarescu or Sieranevada, but it is Stuff and Dough which is considered the source of the Romanian New Wave. Intent and almost documentary view of the routine reveals its mythological dimension: crime-themed road movie turns into a philosophical parable about choice and its consequences. The picture was selected at the Directors’ Fortnight in 2001 and won numerous awards at other festivals, paving the way for the world triumph of Romanian cinema.

The film will be presented by Anton Dolin, film critic and editor-in-chief of Film Art magazine.