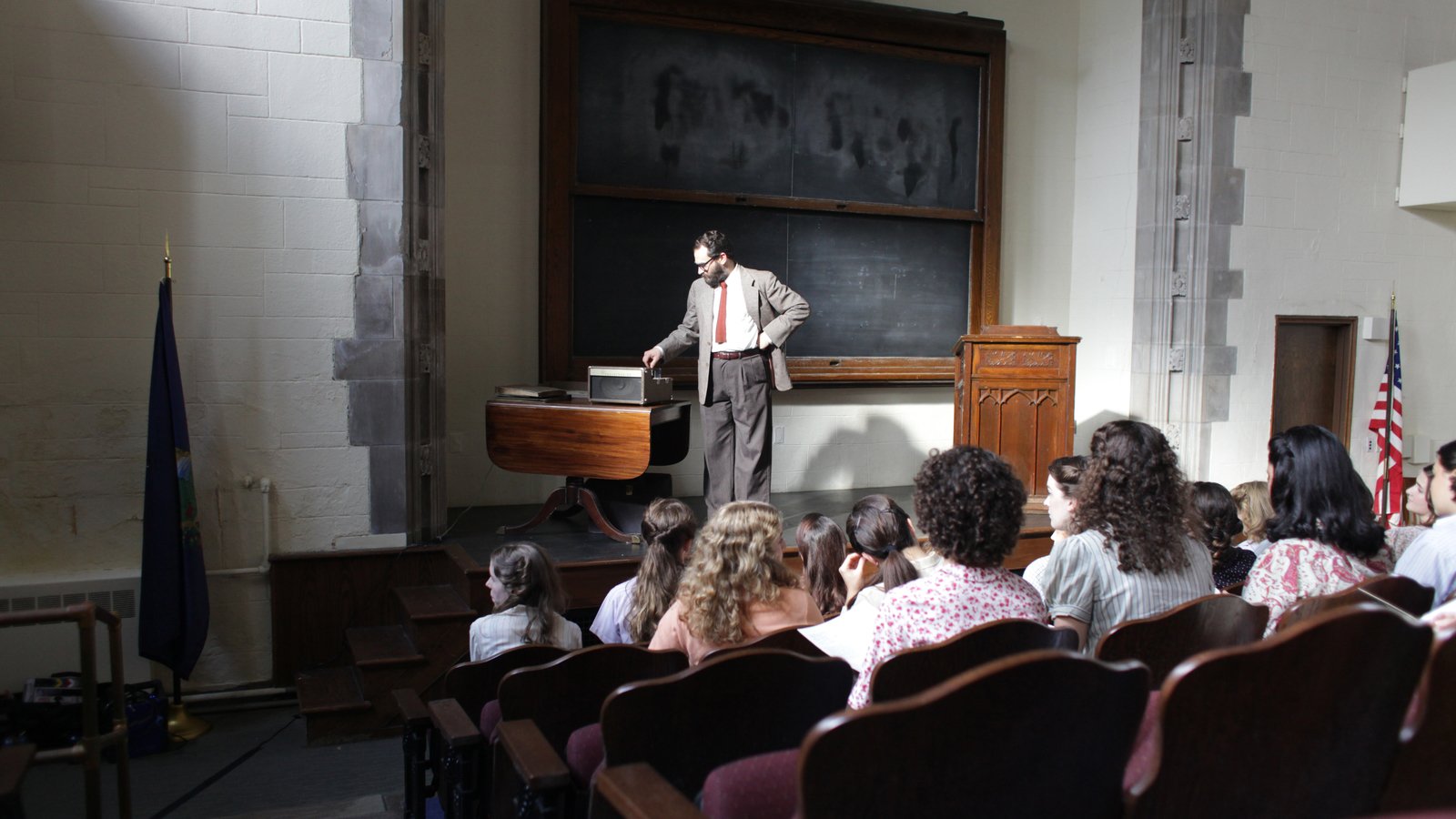 A dark fantasy on women’s emancipation based on the life of the novelist Shirley Jackson, known for The Lottery and The Haunting of Hill House

In the USA of the 1940s, newlyweds Fred and Rosie move to Vermont, where Fred is planning to work as an assistant lecturer under the brilliant Stanley Hyman. They move into Hyman’s house, where Rosie is expected to help his wife, author Shirley Jackson (Elizabeth Moss), with the housework. Jackson writes horror novels (her short story The Lottery about human sacrifice in a small town resulted in readers of The New Yorker submitting the most complaints in the publication’s history). She is always moody, always sarcastic, always drunk, and her neighbors think she’s a witch. The two women develop a strong emotional bond.

More than just a biopic on the famous horror and mystery author Shirley Jackson, Josephine Decker’s film is a homage to her work and specifically to the novel Hangsaman, whose female protagonists exist on the verge of madness, unable to distinguish between horrible, stifling reality and their own imagination. Decker’s gothic fantasy explores the possibility of revolt, self-expression, and the discovery of self in an era when educated women were expected to keep the house clean, overlook their husbands’ weaknesses, and not stand out amongst the neat wives of their husbands’ colleagues. The unpredictable Shirley Jackson is one of Elizabeth Moss’s best roles, in which she, among other things, manages to look very similar to her subject.