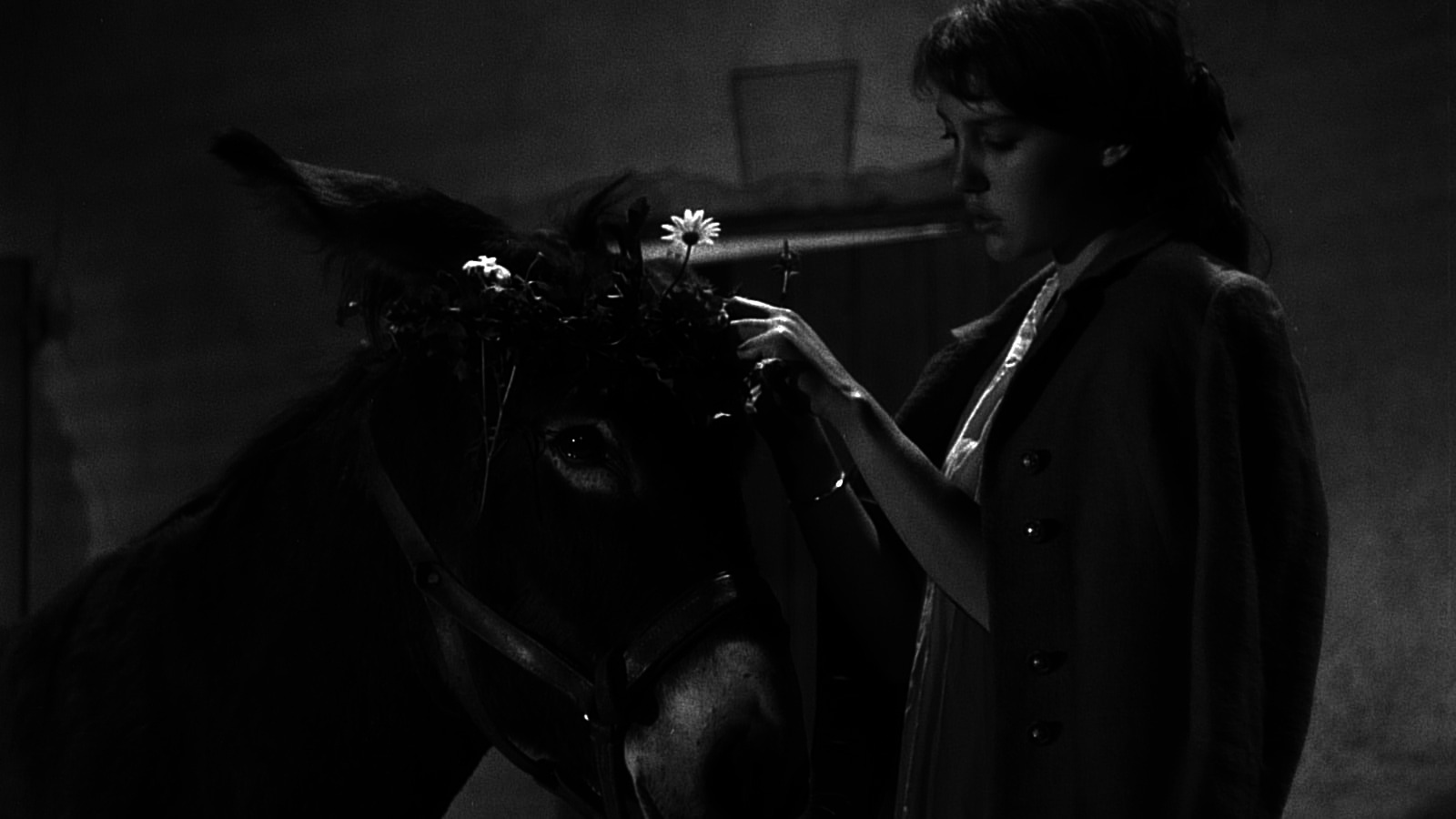 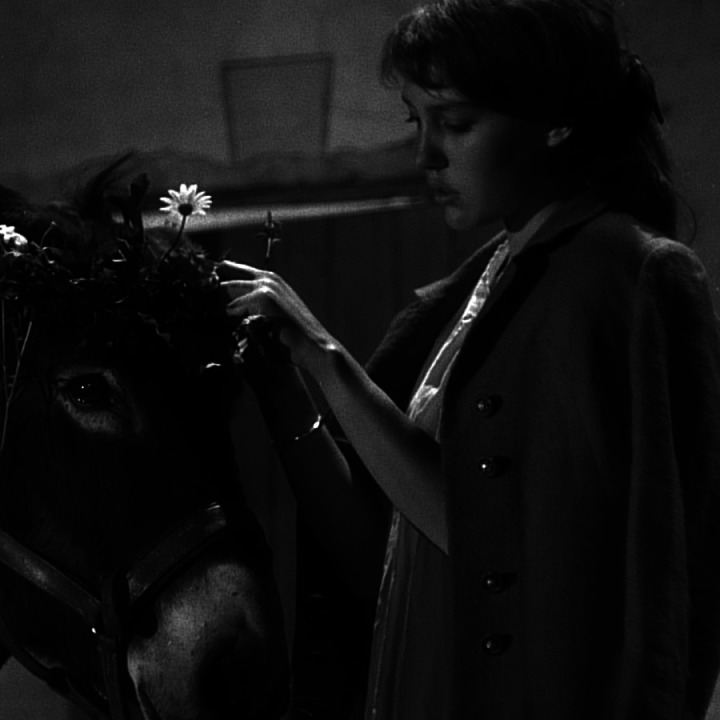 Full of dignity, this is the story of the wanderings of a domestic donkey and his owner.

In mid-1960s rural France, young Marie and Jacques love each other with an idyllic childhood feeling, but class conflict and a court action between their parents put an end to the relationship. Realizing her social position and experiencing deep turmoil, Marie goes on a rampage with a gang of local hooligans, while her pet, a smart and humble domestic donkey, whom she baptized and called by the biblical name Balthazar, begins to randomly move from owner to owner. In a 2012 poll by the British publication Sight & Sound, Robert Bresson’s movie was named the sixteenth best film of all time by critics.

«Your film must take off. Bombast and the picturesque hinder it from taking off, ” Bresson wrote in his Notes on Cinematography, and there is no better proof of these words than Au Hasard Balthazar. Strikingly discreet and concise, the visual solution created by Bresson together with director of photography Ghislain Cloquet truly takes one’s breath away. The film is perfect both formally and at the narrative level: in a plot inspired by Fyodor Dostoevsky’s The Idiot, the motifs of Christian transcendence are naturally combined with an insightful portrait of the French working class.

The role of Marie immortalized 18-year-old debutante Anne Wiazemsky, who would become a writer and professional actress known for collaborations with her future husband Jean-Luc Godard as well as Pier Paolo Pasolini, Marco Ferreri, and Philippe Garel. The other Bressonian «models» (non-professional actors, or non-actors, who exist rather than «perform») include philosopher, writer, and artist Pierre Klossowski as a violent and prudent merchant and pianist Jean-Joel Barbier as the priest, who also performs the Andantino from Franz Schubert’s Sonata No. 20, the leitmotif of Balthazar. The film inspired many authors, from Michael Haneke, Nuri Bilge Ceylan, and Bela Tarr, who confessed their love for this picture, to Todd Solondz and Jerzy Skolimowski, who revisited it in Wiener-Dog (2016) and EO (2022) respectively.