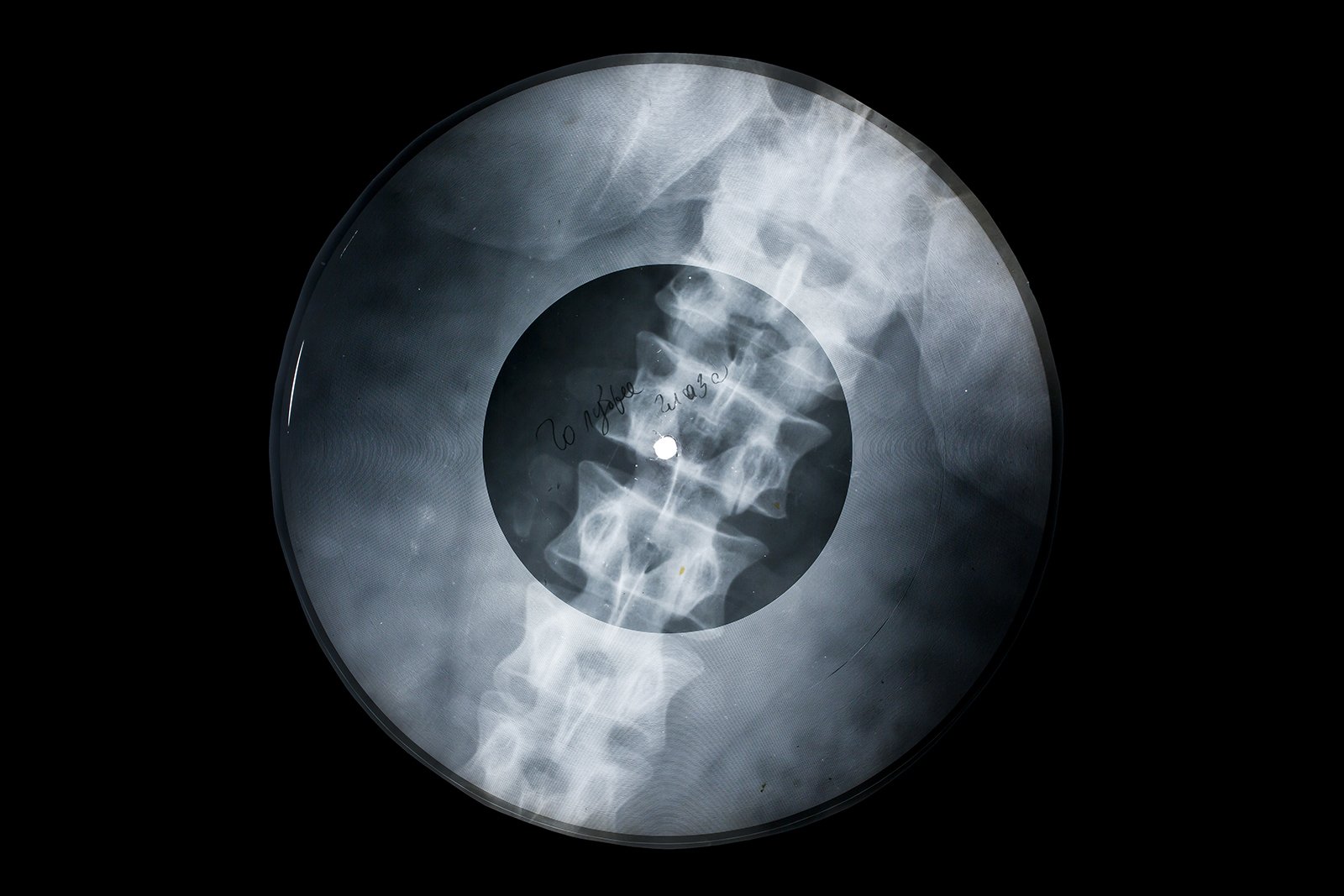 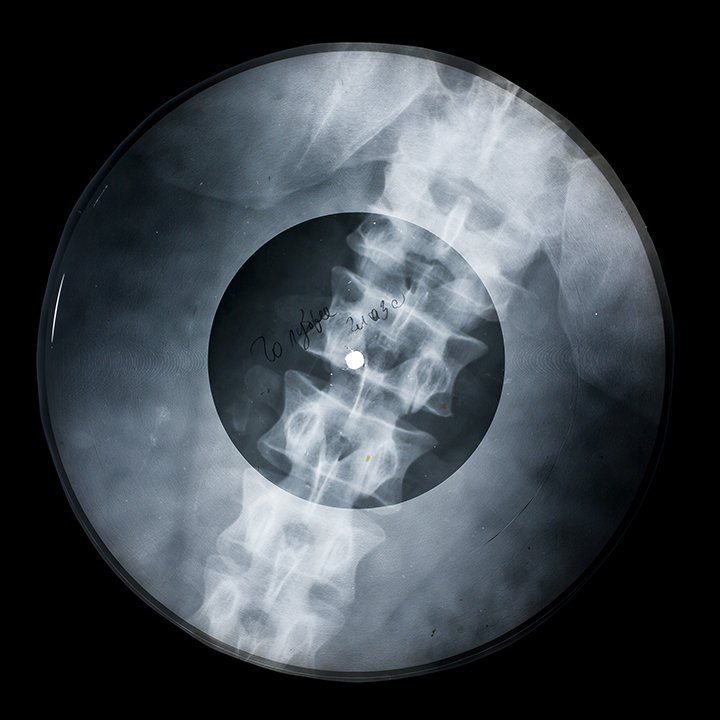 The public program accompanying the exhibition Bone Music at Garage presents the discussion Tabooed Music featuring music experts and human rights advocates, creating a platform for sharing opinions about the underground as a cultural phenomenon, discussing questions related to cultural censorship and the relevant experience of human rights organizations.

The talk about cultural bans of the past and present will open with two reports: Chief Executive Officer of NKSC US, Inc. Peter Lee will talk about cultural bans in the Democratic People’s Republic of Korea and his own human rights organization, dealing with the risky mission of importing culture to the territory of North Korea. Meanwhile human rights advocate Magnus Ag will reveal selected cases from his practice related to the defense of musicians.

The talk about the musical avant-garde, cultural underground, and censorship in the past and present in various countries will be moderated by journalist and music critic Artemyi Troitsky.

The event will be followed by a three-day film festival, that will run on September 7, 9 and 10.

Stephen Coates is a composer and music producer. A graduate of the Royal College of Art, he is particularly interested in the interaction between music and culture. In 2010, Stephen wrote and presented an eight-part radio documentary series for Resonance FM (London), "Sounds of propaganda and the Cold War," investigating the way music and audio was used for political purposes in the West and in the Soviet bloc. He came across the subject of the x-ray recordings when travelling to Russia to perform over the last six years.

Magnus Ag is an international human rights and freedom of expression advocate. Prior to joining Freemuse in 2015, Magnus spent five years with the Committee to Protect Journalists in New York, most recently as the organization's Assistant Advocacy Director. He has previously worked in government for the Danish Ministry for Science, Technology and Innovation, in journalism at the Danish news agency Ritzaus Bureau, and as a researcher on a book project about the Arctic. In 2007, Magnus developed the first social media strategy for the Mayor of Auckland in New Zealand. He has been a regular commentator for Radio 24syv in Denmark and has appeared in the Huffington Post, DR Orientering, Politiken and on Harvard University’s HPCR Blog. He holds a bachelor’s and a master’s degree in political science from the University of Copenhagen.

Peter Lee is Chief Executive Officer of NKSC US. Mr. Lee began his career as a program officer for human rights in North Korea project at the Freedom House, a Washington-based human rights and democracy organization in 2005 and has managed a federal grant program commissioned by the U.S. Congress pursuant to the North Korea Human Rights Act of 2004.  In this capacity, Mr. Lee hosted three major international conferences on human rights in North Korea in Washington D.C., Seoul and Brussels through the federal grant program, and accompanied the official visit to South Korea of the U.S. Special Envoy for North Korean Human Rights, Mr. Jay Lefkowitz during the Bush Administration.  Mr. Lee also hosted the first hearing of the North Korean defectors and human rights at the European Union Parliament in 2006, and commissioned two reports on the Crimes Against Humanity by the North Korean regime in 2007.

Andrey Smirnov is an interdisciplinary artist, independent curator, collector, writer, composer. He is a researcher and senior lecturer at the Centre for Electroacoustic Music at Moscow State Conservatory, and a lecturer at the Rodchenko School for Modern Photography and Multimedia where he teaches courses on history and aesthetics of electroacoustic music, sound design and composition, new musical interfaces and physical computing. In 1992-2012 he was the founding director of the Theremin Center in Moscow. He has conducted numerous workshops and master classes in the U.S., Europe and Russia, and participated in various festivals and conferences. Since 1976 he conducts research on the development of electronic music techniques and gestural interfaces. His collection of the historical documents and original electronic musical instruments has been combined with extensive research into the history of music technology with broad experience in composition, interactive performance and curatorial activities.  He is the author of the book Sound In Z: Experiments In Sound and Electronic Music in Early 20th Century Russia (2013).

Artemyi Troitsky is rock journalist, music critic, TV and radio presenter, producer and teacher. The first article on rock music was published in 1975 in the magazine Rovesnik. The author of the first monograph Russian rock Back in the USSR: The True Story of Rock in Russia (Faber&Faber, 1988), as well as the books Party. What happened to the Soviet underground (1990), Pop-leksikon (1990), Rock in the Union: 60s, 70s, 80s... (1991), Rattling the skeletons in the closet (2008). In the 1980s, he was an active participant in the Soviet music underground, organized rock festivals and concerts of groups such as "the time Machine", "Zoo", "Cinema". In the 1990s, was produced by electronic music festivals and performances of such artists as Fantastic Plastic Machine, De Phazz, Sonic Youth. He lives and works in Tallinn.

Maksim Kravchinsky is a journalist, collector, historian of the Russian chanson song genre,, writer, music producer, and lead author of the program on the TV channel RTVI (Canada). The author of Russian music in exile (2007), The History of Russian Chanson (2012), Gypsy song from "Yara" to Paris (2013), Songs and entertainment of the era of the NEP (2015), Musical diversions (2016), and Intellectuals singing "bawdy" songs (2017). He lives and works in Toronto.