Garage Auditorium
Go to event
Dance Beyond Itself. A lecture cycle by Anna Kozonina and Anastasia Proshutinskaya 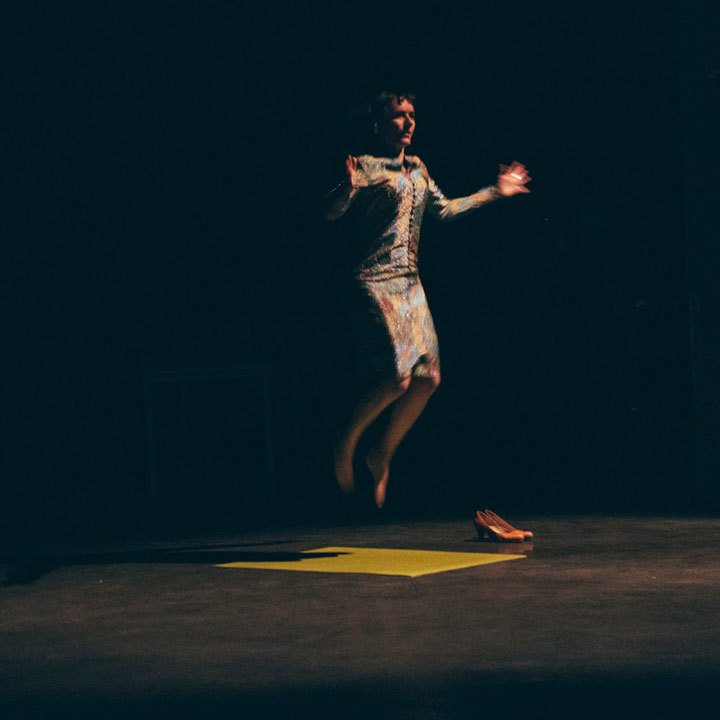 In Russia, contemporary dance finds itself in very diverse contexts and environments, from former Houses of Culture to drama theaters, and from chamber art galleries to major institutions. Is it legitimate then to speak about a scaled curator’s experience as a profession in the absence of a unified and scaled structure of an actual center of contemporary dance? Does it mean that curatorship implies only unique solutions in the given circumstance—or does some kind of universal understanding of methods and tasks, which can be discussed and shared in particular educational formats, still exist?

Anastasia Proshutinskaya (b. 1983, Yaroslavl) is a curator and researcher in the field of contemporary dance, with a master’s degree in Performance Studies from the University of Southern Illinois and in Art History from Lomonosov Moscow State University. She worked at ZIL Cultural Center from 2012 to 2018 focusing on the organization of residencies for young choreographers and the production of new works. She was included in the selection committee of the [8:tension] Young Choreographers’ Series at ImPulsTanz, Vienna, in 2019.

Olga Tsvetkova is a choreographer, performer, and curator. She studied choreography and performance-making in the field of contemporary dance at the School for New Dance Development (SNDO, Amsterdam). In 2016 and 2017, she was a resident of the Dansateliers dance space (Rotterdam). In 2017, Tsvetkova completed the DAS Theatre master’s program in Directing (Academy of Theatre and Dance, Amsterdam). She received the DANCEWEB scholarship (Vienna). Since 2018, she has been curating Contemporary Dance at V-A-C Foundation (Moscow).

Ekaterina Alekseenko is Executive Director at Meyerhold Center. She graduated in Theater Management from St. Petersburg’s Russian State Institute of Performing of Arts (2004) and Moscow’s School of Theater Leader (2014). During her student years at the Institute of Performing of Arts, Alekseenko worked as a manager for the independent contemporary dance theater Iguan Dance, moving to Moscow after graduation. From 2005 to 2013, she was Executive Director at TSEKH Agency of Dance Theaters, where she organized the TSEKH Festival of Dance Theaters, TSEKH Summer Dance School, TSEKH Dance School, and Aktovy Zal—Moscow’s first platform for displaying contemporary dance and performance. She did an internship in theater management at the San Francisco International Arts Festival, The Counter Pulse, and Dancers Group Company (all based in San Francisco). Alekseenko has been working at Meyerhold Center since 2013, where she curated the program Performance and is currently the curator of NONAME Festival dedicated to performance and contemporary dance.

Dina Hussein s a choreographer and dance activist. She graduated in Ballet from the Choreographic Lyceum (Moscow), Dance Academy Rotterdam, and EX.E.R.CE program in experimental choreography (France) under tutor Mathilde Monnier. Since 2005, Hussein has been producing works in the realm of contemporary dance, performance, and contemporary art. Often involved in collaborations with artists, directors and theorists, she also initiates her own platforms, festivals, and research projects. Recipient of scholarships from Jardin d’Europe, DanceWEB, and American Dance Festival. She has worked with renown choreographers as a dancer, including Tino Sehgal, Loïc Touzé, Anouk van Dijk, Philippe Jamet, Regis Obadia, etc. Her own pieces have participated in many European, American, and Russian dance festivals. Based in France since 2009, Hussein visits Moscow while working on projects there.

Go to event
Dance Beyond Itself. A lecture cycle by Anna Kozonina and Anastasia Proshutinskaya