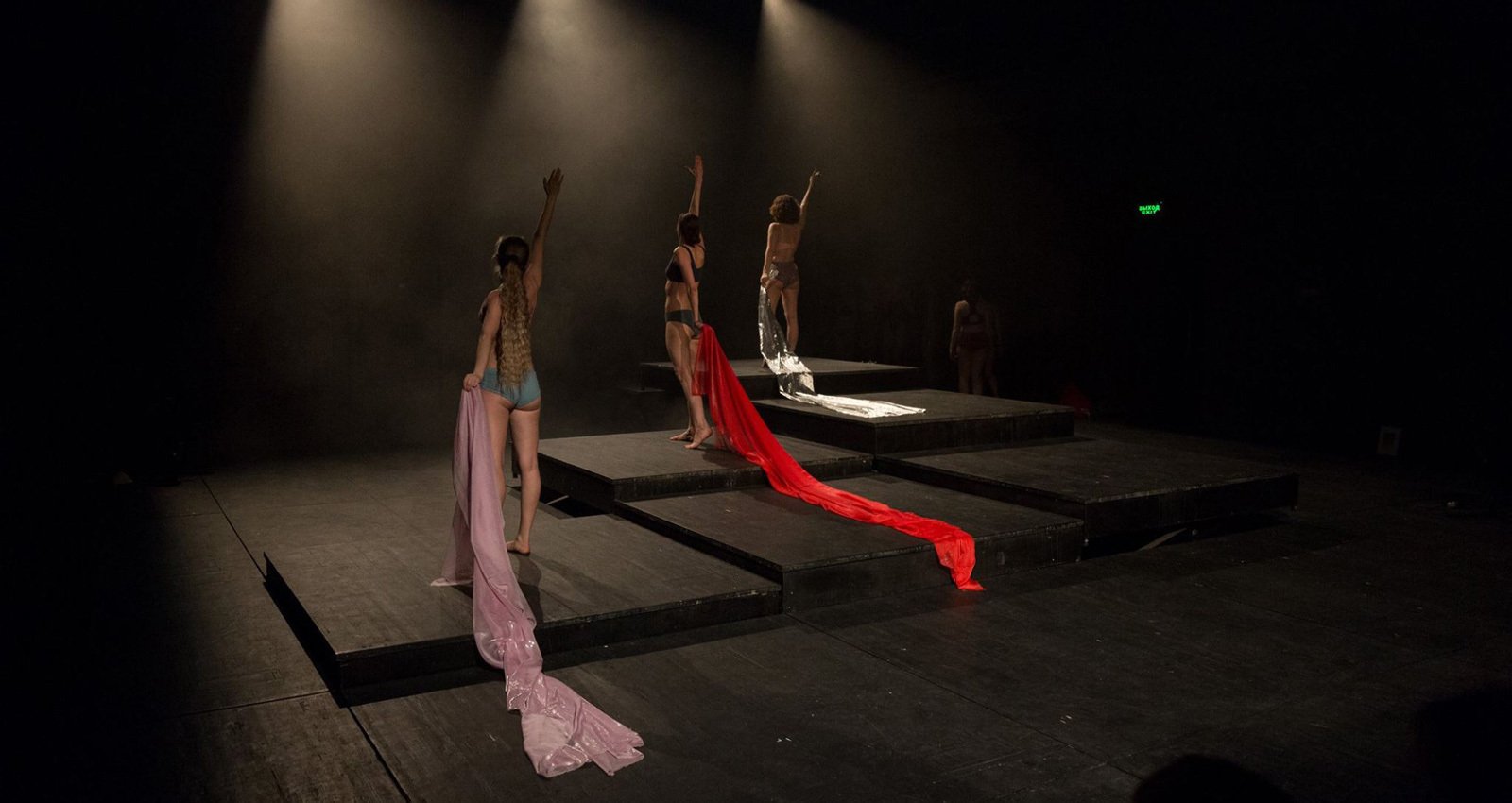 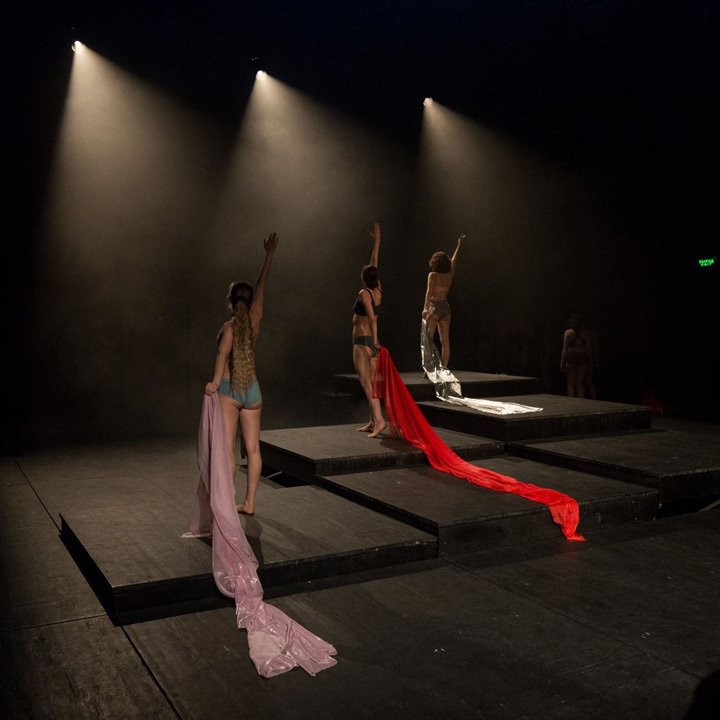 Since 2015, dance cooperative Isadorino Gore has been investigating the heritage of experimental dance that emerged in the times of the Russian Empire and continued to exist after the October revolution, until the 1930s.

Taking as a starting point Nicoletta Misler’s work A Choreological Laboratory, which presents the history of a laboratory attached to the Russian Academy of Artistic Sciences; and the history of visual arts, film and photography, the Soviet Taylor system and gymnastics, and “free dance” in Russia by Irina Sirotkina, Isadorino Gore is looking for opportunities to “unzip” the verbal and visual archive of the early twentieth century culture of movement into a contemporary dance practice.

The first iteration of this conversion was realized as part of the residency at the Meyerhold Black Box Center (October 2017–January 2018), where the cooperative Isadorino Gore introduced a draft version of the spectacle Soviet Gesture using previously published resources. To maintain contact with this material, the cooperative’s participants frequently performed this version at various event in Russia, from academic conferences to performance festivals, before starting to deepen their method by switching to an anthropological approach in order to delineate and fix the dance experience, which allows for examination of the history of dance in the context of the history of meanings and values, as well as the history of the bodily experience thereof.

Looking for answers to these questions, the cooperative organized a laboratory based at Garage Museum of Contemporary Art, bringing together ten participants selected through an open call. The artists originally planned to document this practice-oriented opening up of the archive in the form of an inspirational zine. However, the informational and intonational heterogeneity of the documents discovered and the direct experience of working with the material inspired Isadorino Gore dance cooperative to produce a publication with a different mood. Instead of a cursory and laconic version of the process in graphic form, they published a textually rich volume that operates as a catalyst for artistic research for any reader—the Manual for the Practical Use of a Dance Archive: Experiments in Choreology, or Where the Soviet Gesture Has Led Us. 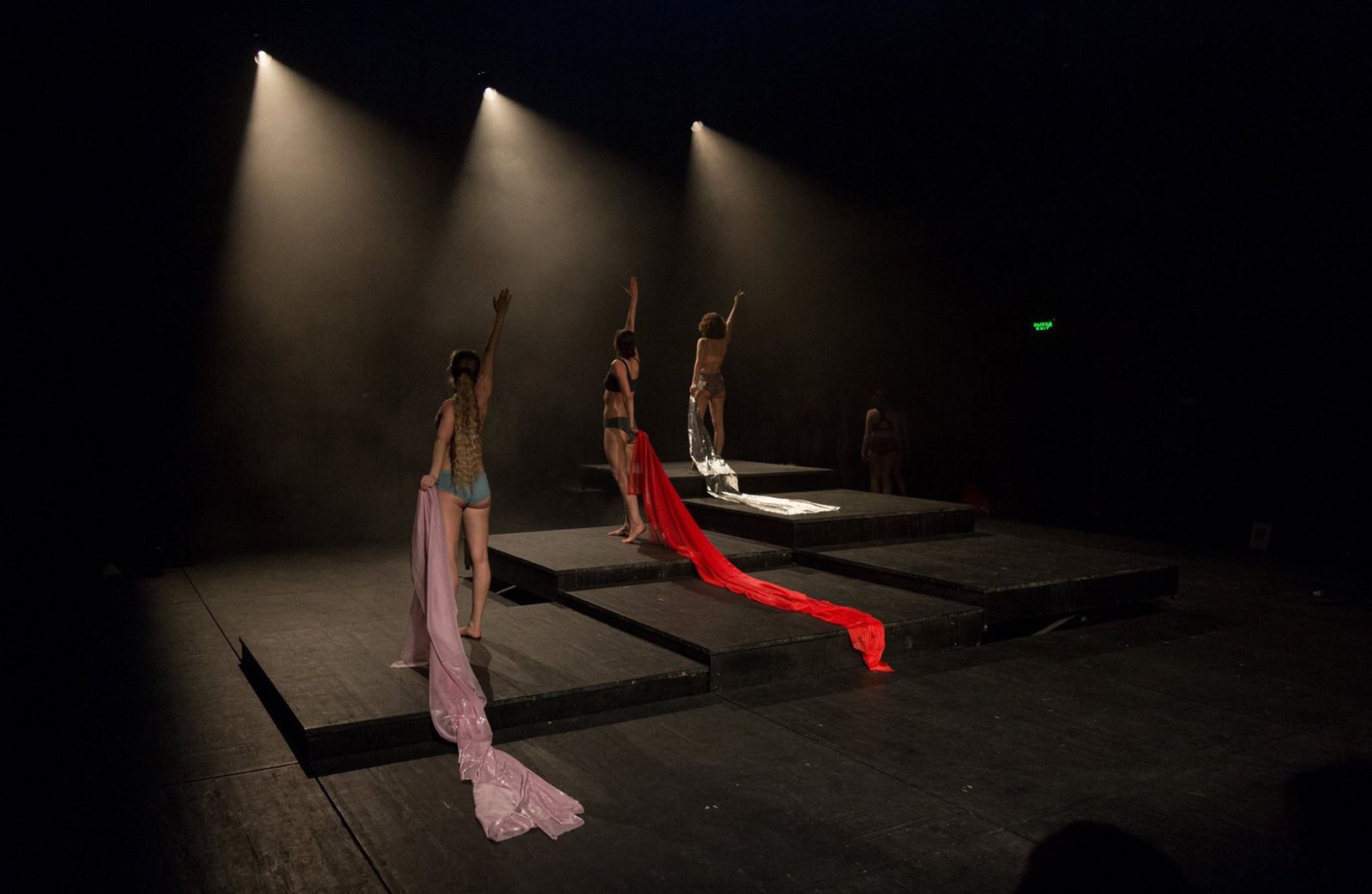