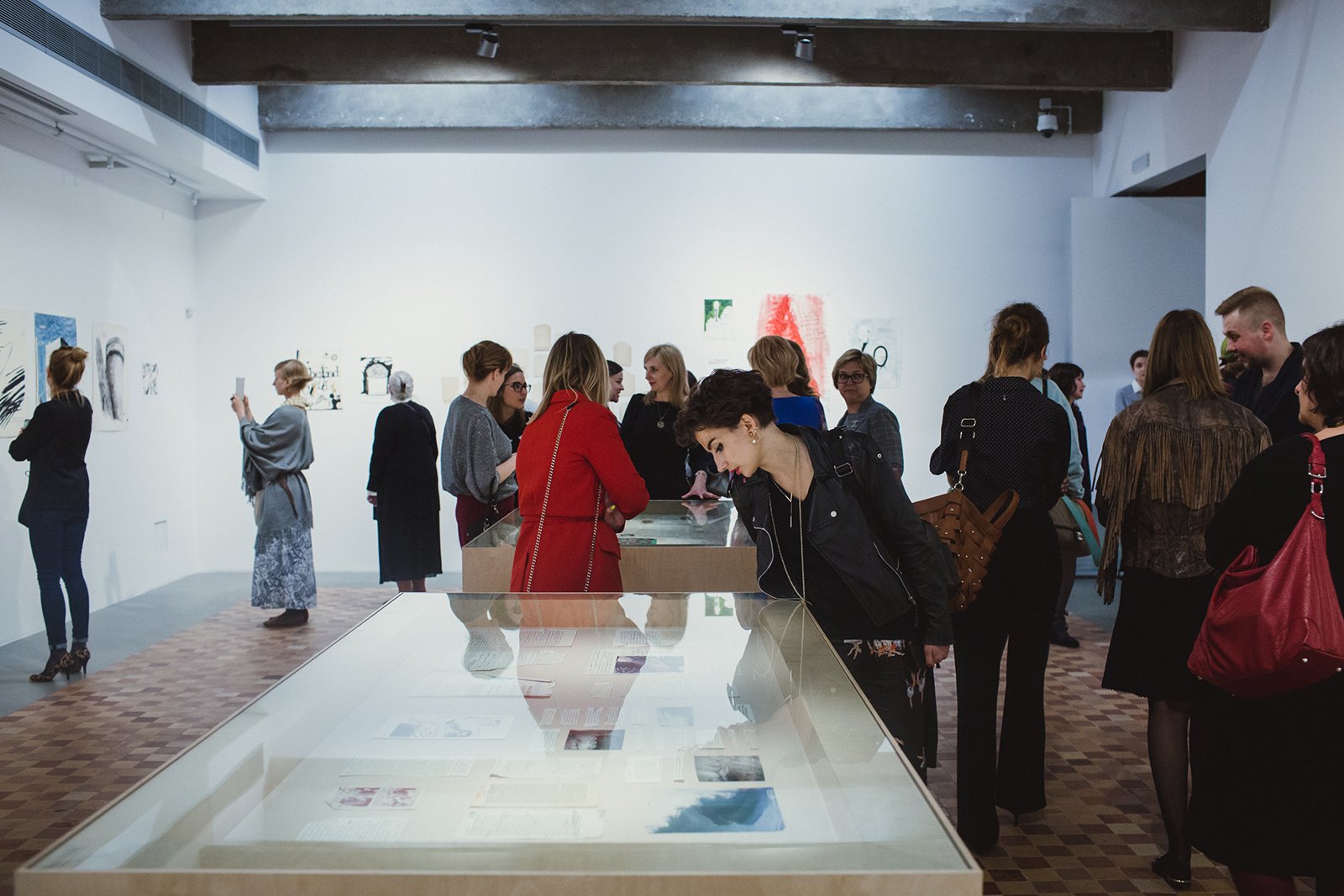 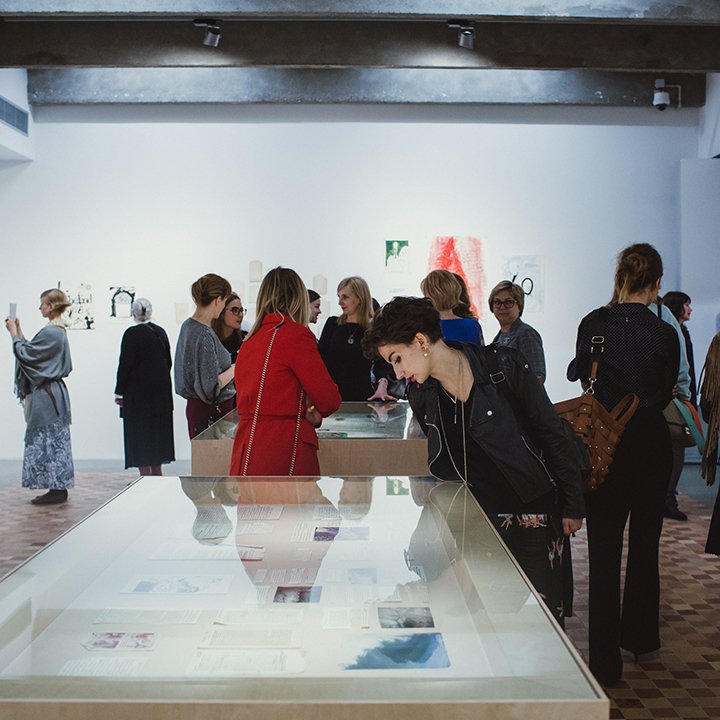 Garage members of Premium and higher levels get an opportunity to see what happens behind the scenes of the art world. Each season, they are invited to learn about our projects directly from those who create them—Garage curators.

This summer, tours are run by three Garage curators: Ekaterina Inozemtseva, Valentin Diaconov and Sasha Obukhova. Visitors will see the solo exhibitions of American punk artist Raymond Pettibon The Cloud of Misreading; the show David Adjaye: Form, Heft, Material, featuring the architect’s projects for Moscow School of Management SKOLKOVO and the Smithsonian National Museum of African American History and Culture; Congo Art Works: Popular Painting, which explores Congolese art of the past fifty years; and Kholin and Sapgir: Manuscripts—a project devoted to two key Soviet nonconformist poets Igor Kholin and Genrikh Sapgir and based on Garage Archive, which boasts the world’s biggest collection of documents on the history of Russian contemporary art.

Sasha Obukhova is the curator of Garage Archive Collection. She graduated in Art History and Theory from Moscow State University in 1992. She headed Garage Research in 2012 and later became the curator of the Museum’s archive. She has published a number of articles and edited several books and catalogues devoted contemporary artists and art movements in Russia. In 2015, she was awarded a Sergey Kuryokhin Prize for the Best Text on Contemporary Culture (2015).

Ekaterina Inozemtseva is a curator at Garage Museum of Contemporary Art. She graduated in Philology from Moscow State University in 2004 and obtained her Candidate’s Degree in Philology there in 2007. She has been a curator at Garage since 2014. She also curates Garage’s interdisciplinary Field Research program. She has published articles in exhibition catalogues and periodicals and is a recipient of Kariatida Award (2013).

Valentin Diaconov is a critic and curator at Garage Museum of Contemporary Art. He is a doctoral candidate in Cultural Studies and wrote his candidate’s dissertation on Moscow Art Life in the 1950s and 1960s: The Beginning of Non-Conformist Art. He curated the project Philosophy of the Common Cause at Perm Art Gallery and the exhibition/tour A Piece of Europe in the Winter Garden at the 2nd Urals Industrial Biennial in Yekaterinburg in 2012. In 2014, he was the curator of the exhibition Detective at the Moscow Museum of Modern Art. His other curating projects include Oglyanaz (MishMash artistic duo, Roza Azora Gallery) and Volume Two (The New Wing at Gogol House).

Join Garage’s loyalty program: our managers will be pleased to advise you about becoming a member.