About Obrist and Beyond. Fabian Schoeneich 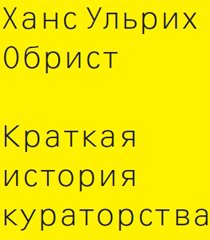 November 9, 2012
About Obrist and Beyond
Lecture by Fabian Schoeneich
Presentation of the first Russian edition of Hans Ulrich Obrist’s “Brief History of Curating”

Watch the video of the lecture here.

Fabian Schoeneich (b. 1985) is a assistant curator at Kunsthalle Basel in addition to being an independent curator on a number of independent projects. He organized the Melanchotopia Program in 2011 as assistant curator at the Witte de With Center for Contemporary Art in Rotterdam and curated Tobias Spichtig’s exhibition at the Ursula Blickle Foundation in 2012 in Kraichtal, Germany. Schoeneich has also worked on a number of projects with the Canadian Fogo Island Arts Corporation.
Schoeneich will talk about the impact of the famous book by Obrist on his own professional formation, will explore the role of the curator and how it has changed over the past decade, examining the position of the curator as a mediator between artist and viewer, and the relationship between the various bodies involved in the display of art: large public institutions, private galleries, patrons, artists and independent curators.

Before the lecture the Russian edition of Hans Ulrich Obrist’s “Brief History of Curating” will be presented by the translator of the book, curator, assistant director of the Moscow Multimedia Art Museum Anna Zaitseva, head of the Education Department of GARAGE Center for Contemporary Culture Anastasiya Mitiushina, editor-in-chief of Ad Marginem Press Aleksandr Ivanov.

A Brief History of Curating by Hans Ulrich Obrist has been published for the first time in Russian as part of a new publishing program from Garage Center for Contemporary Culture and Ad Marginem Press.

Featuring 11 interviews with some of the most influential and forward-thinking curators of the past fifty years, A Brief History of Curating maps the history and development of the field from the early independent curators of the 1960s and 70s, to the experimental institutional programs developed in Europe and the US, the inception of Documenta, and other influential biennales and fairs.

Among those interviewed are Pontus Hulten, the first director of Centre Pompidou in Paris and independent curator Harald Szeemann. In the aftermath of the Second World War, when works by Picasso and Magritte – through to be ‘debauched and pro-communist’ – were removed from American art museums, and at a time when the American abstract expressionists were hardly known in Europe, it was Hulten and Szeemann who introduced viewers on both continents to some of the most important artists of the time. Considered to be the founding figures of curating, all 11 interviewees not only promoted the careers of artists through exhibiting their works – such as Johannes Cladders, who would later discover Joseph Beuys -  but they also explained the cultural and social significance of contemporary art to a wider public audience.

Free admittance, but seating is limited.

The lecture will be in English, with simultaneous translation. Headsets are distributed in exchange of a document or a deposit (1000 roubles).

Hans Ulrich Obrist (b. 1968) is a curator, art critic, historian and Co-Director of the Serpentine Gallery in London. He was a Co-Curator of the Biennial of Contemporary Art Manifesta 1 and a curator at the Museum of Modern Art of the City of Paris in 1996. In 2009, Art Review magazine named Obrist the most influential person in the art world. A Brief History of Curating forms part of his long-term project to interview key figures in contemporary art, which has resulted in the publication of over 70 conversations with artists, architects, composers and writers, such as Zaha Hadid, Yoko Ono, Rem Koolhaas and John Baldessari.

Fabian Schoeneich (b. 1985) is assistant curator at Kunsthalle Basel in addition to being an independent curator on a number of independent projects. He organized the Melanchotopia Program as assistant curator in 2011 at the Witte de With Center for Contemporary Art in Rotterdam and curated Tobias Spichtig’s exhibition at the Ursula Blickle Foundation in 2012 in Kraichtal, Germany. Schoeneich has also worked on a number of projects with the Canadian Fogo Island Arts Corporation.

The joint publishing program of GARAGE Center for Contemporary Culture and Ad Marginem Press was lauched in May 2012. The series includes publications on contemporary art and architecture, new media, photography, theater, cinema, sociology and cultural marketing. 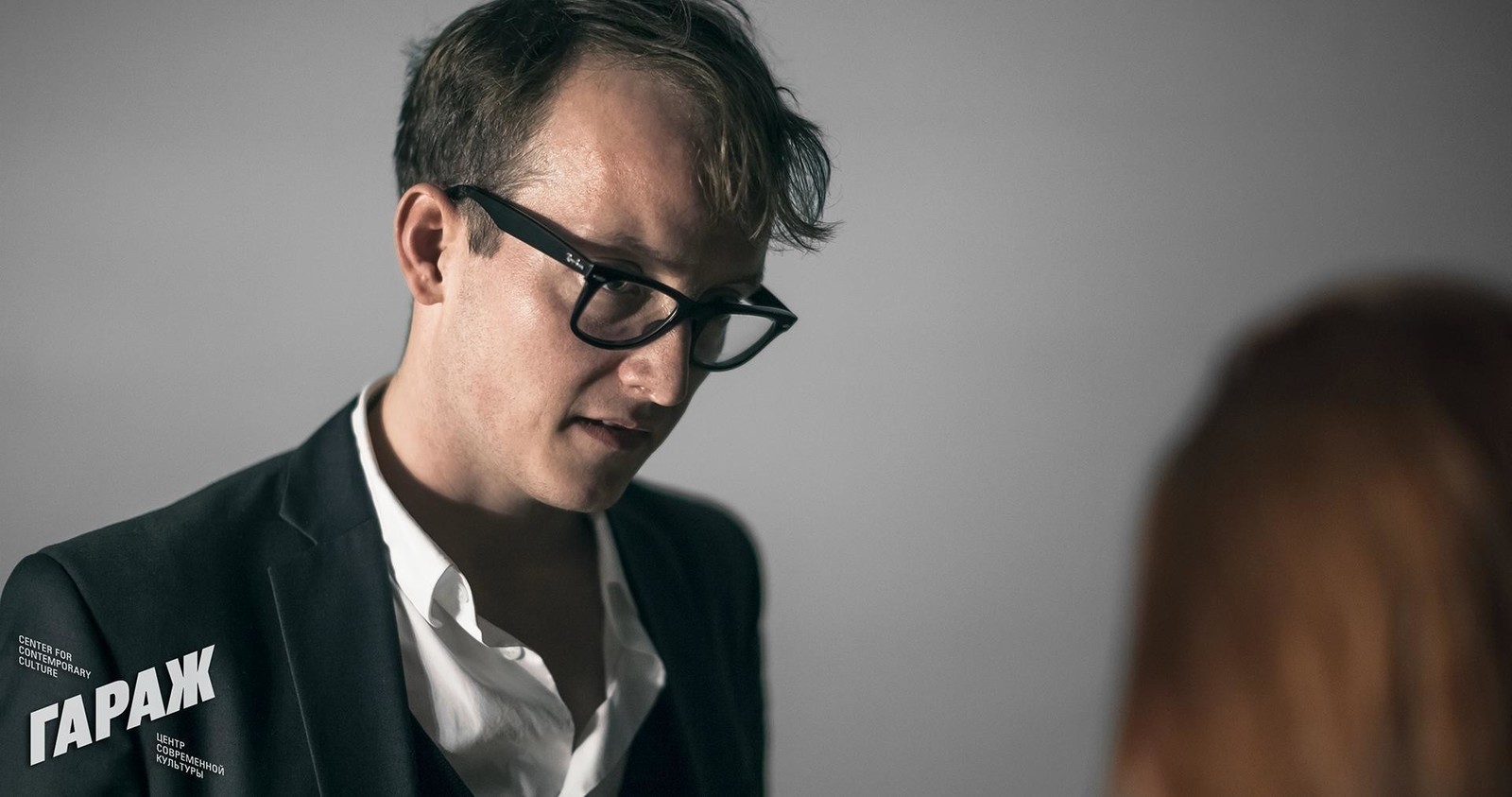 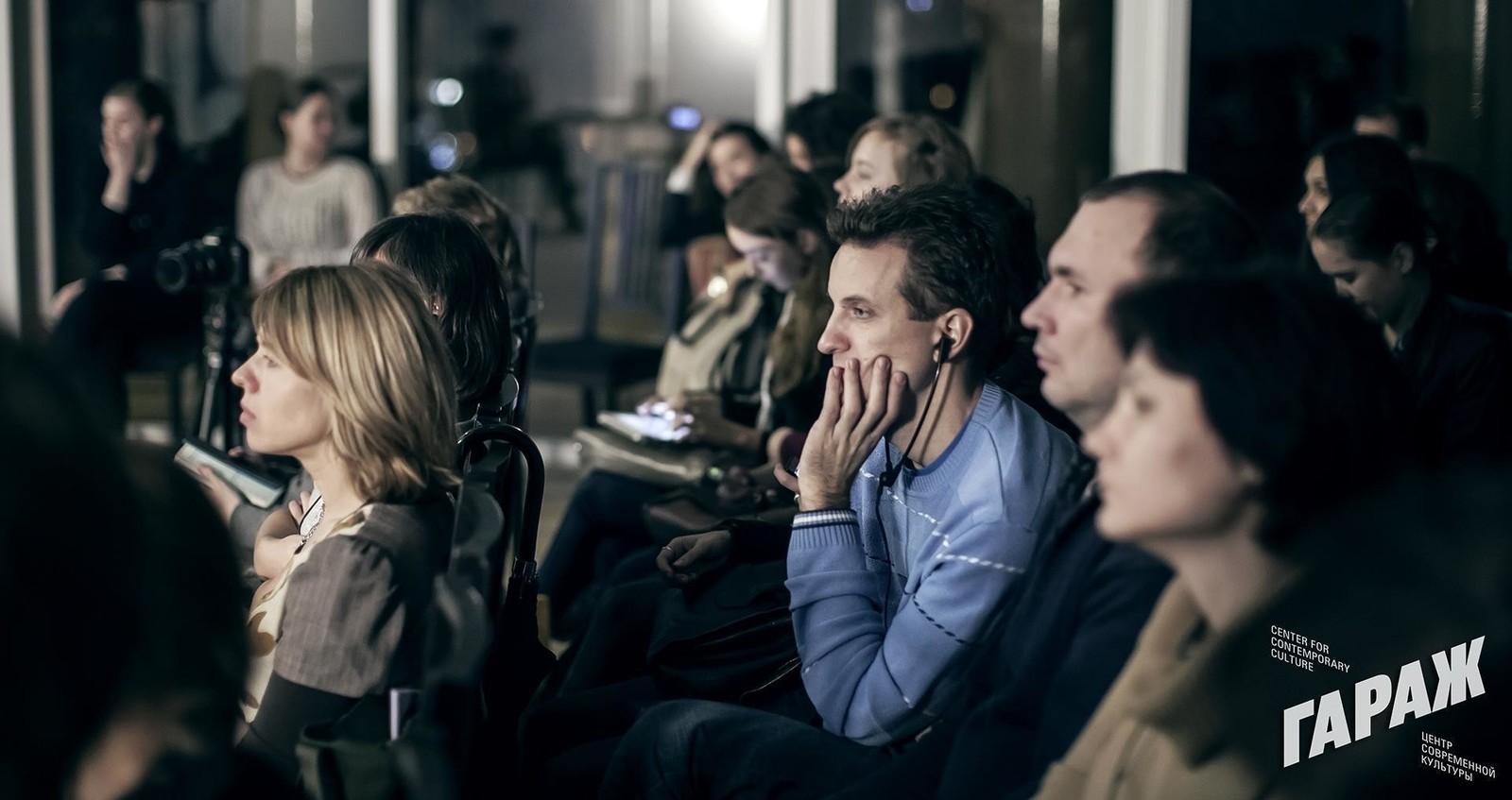 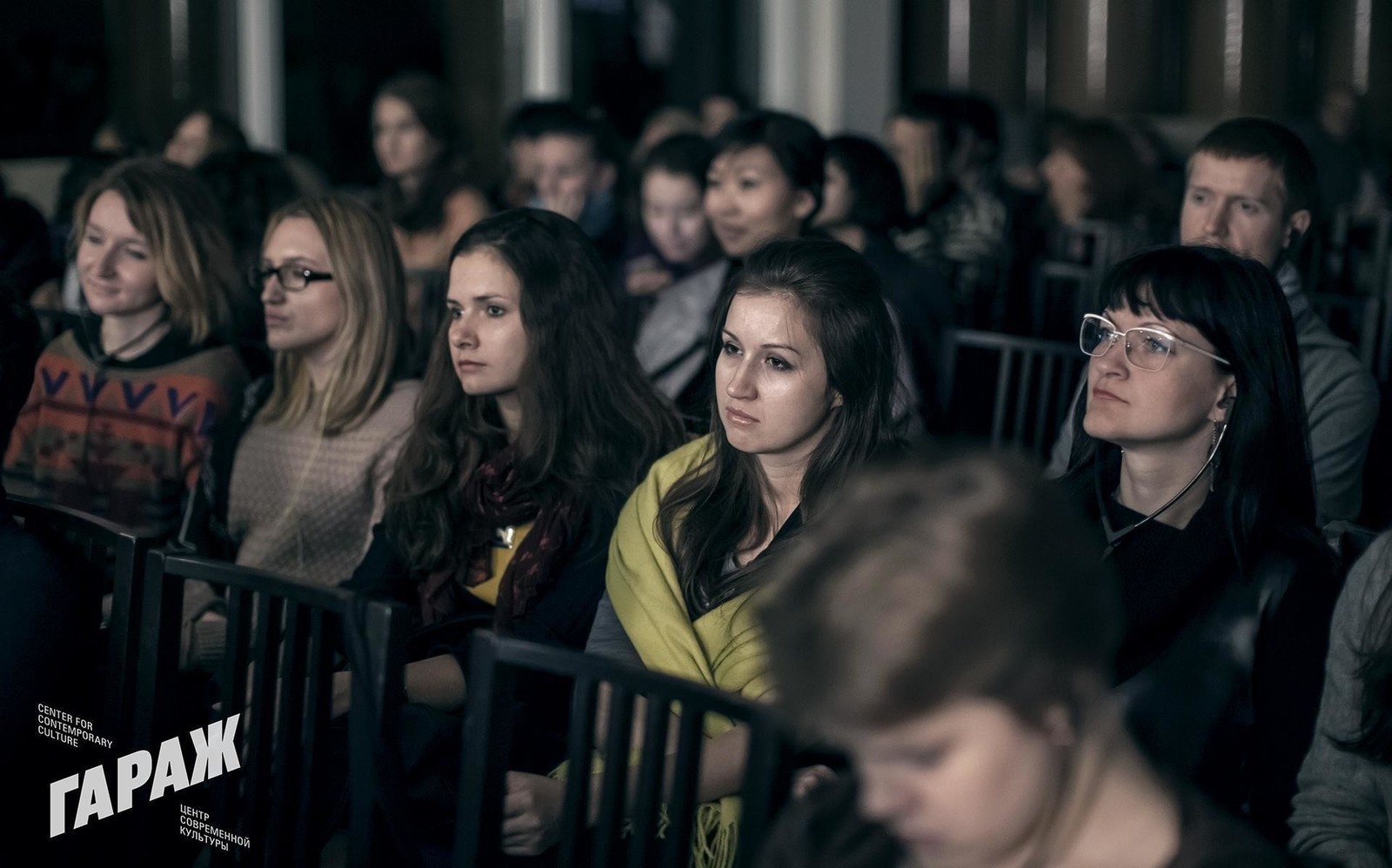 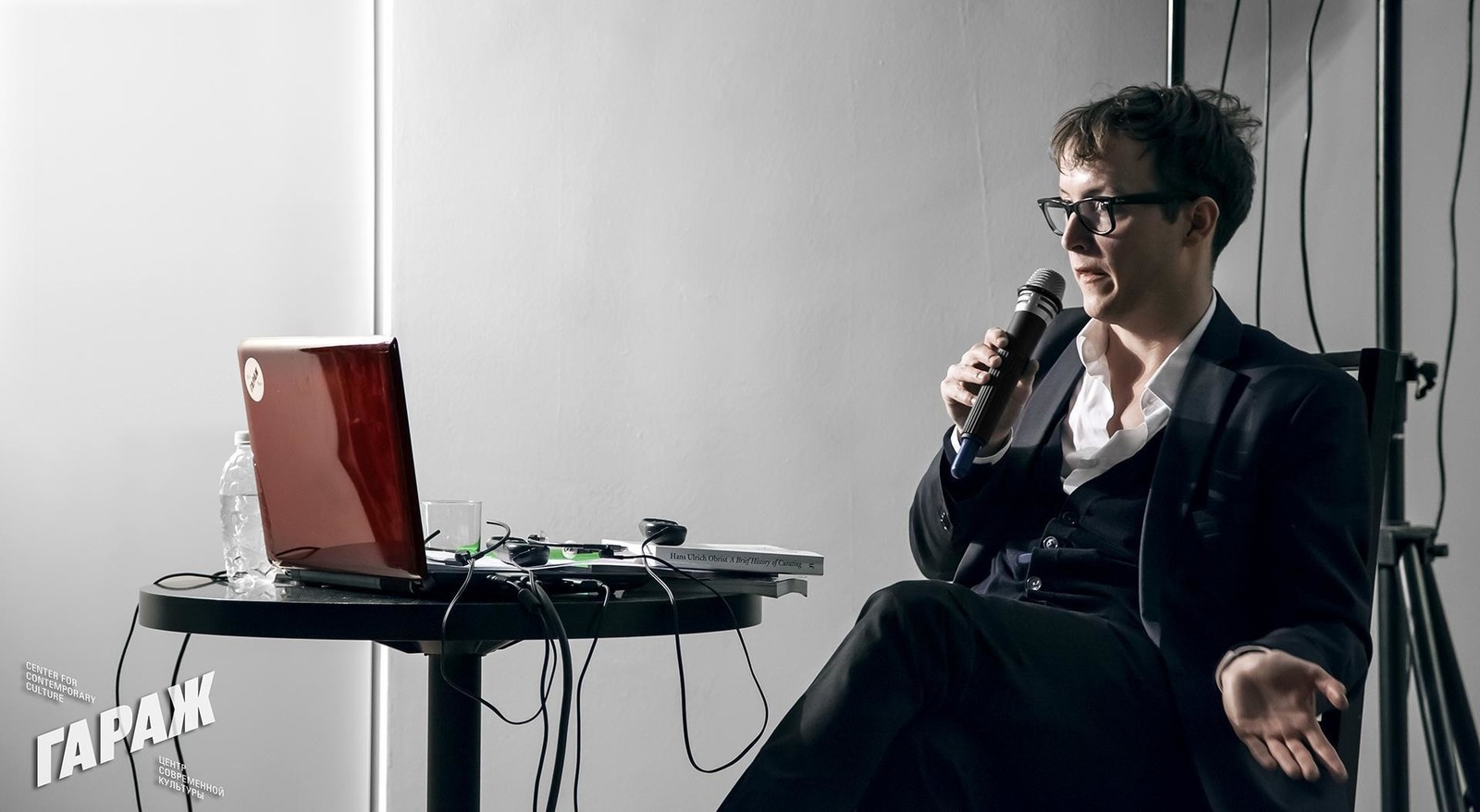 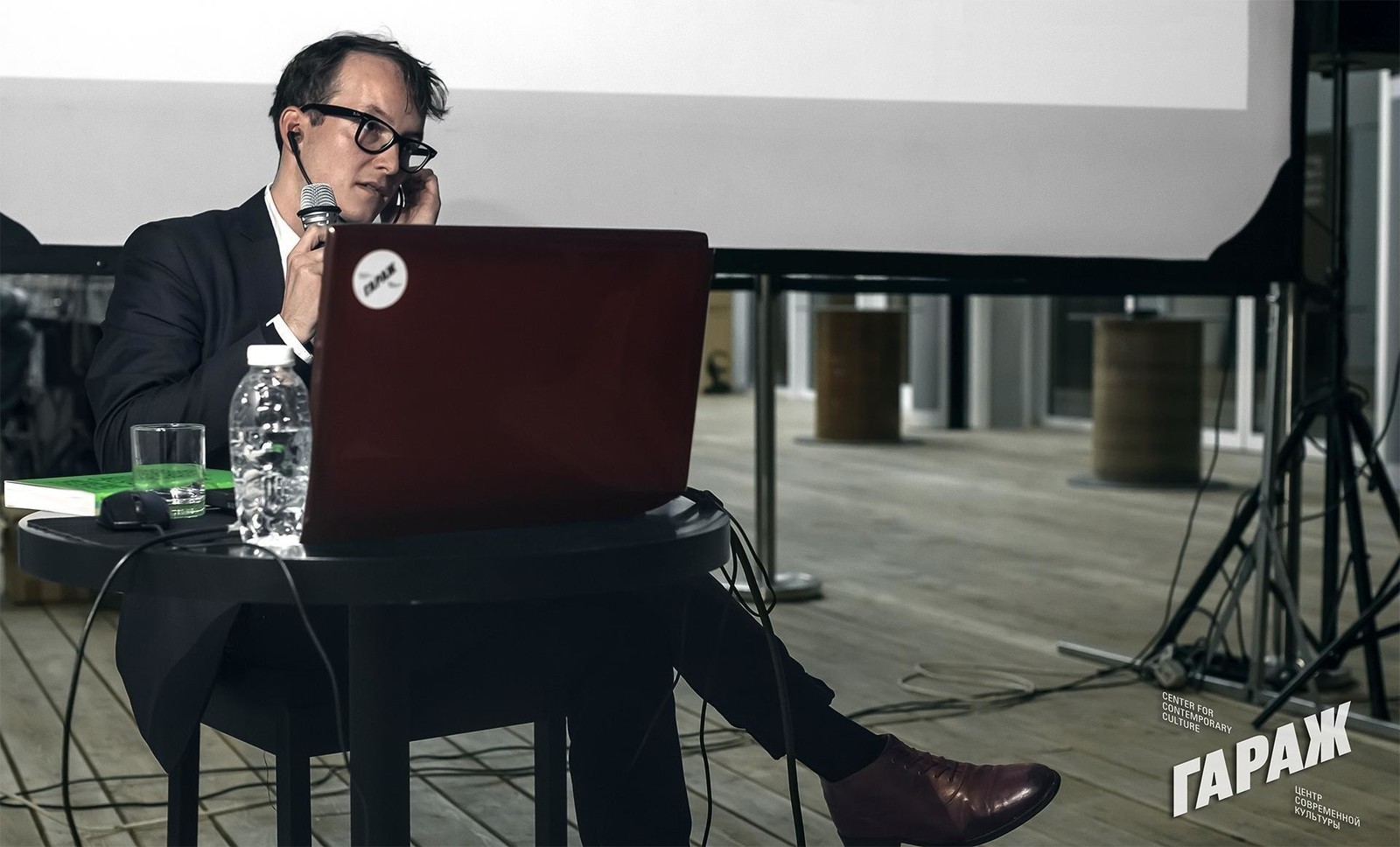 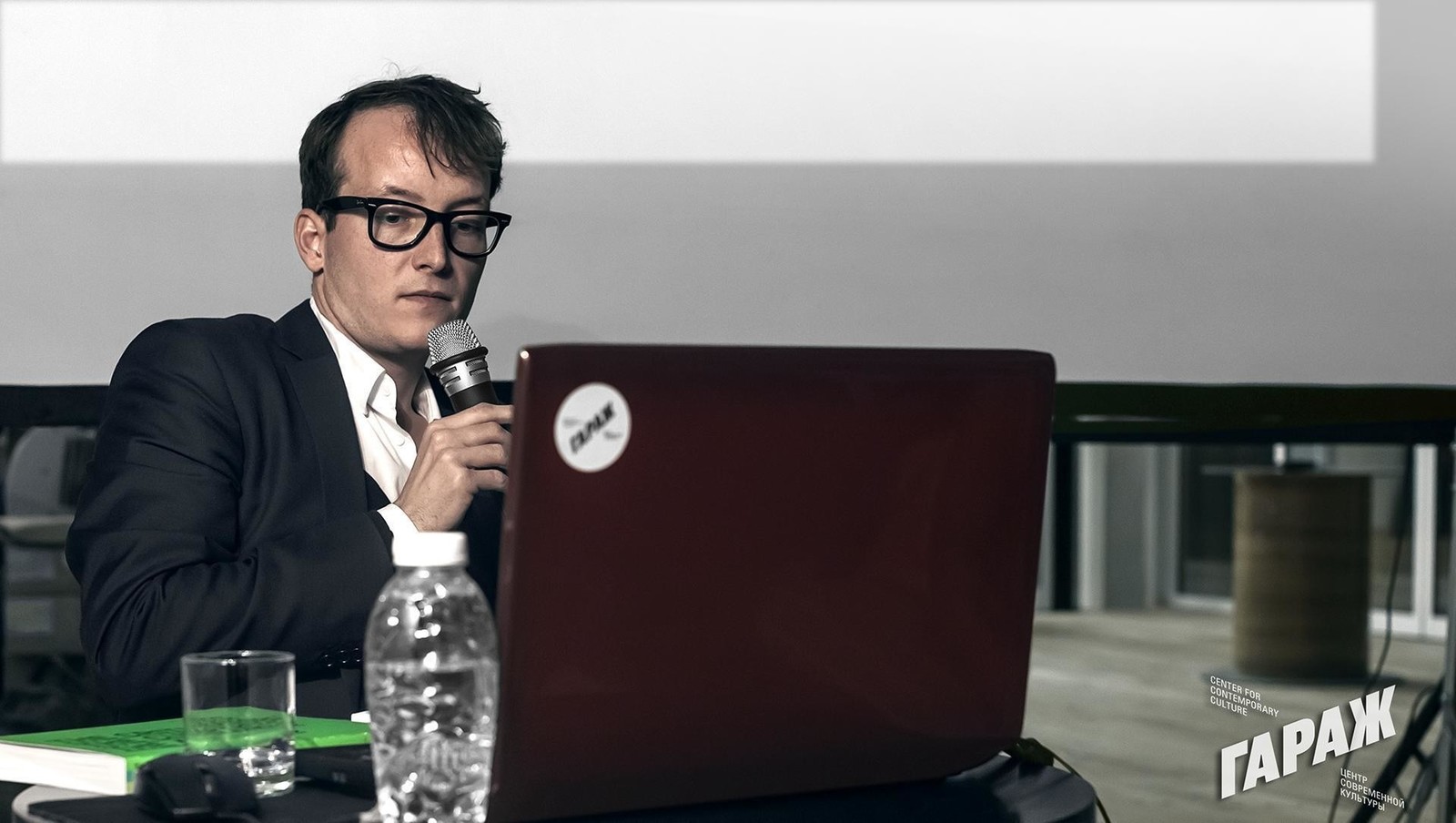