Minima series: Cinema, The Theory of Radio 1927–1932, Telehor, On Advertising 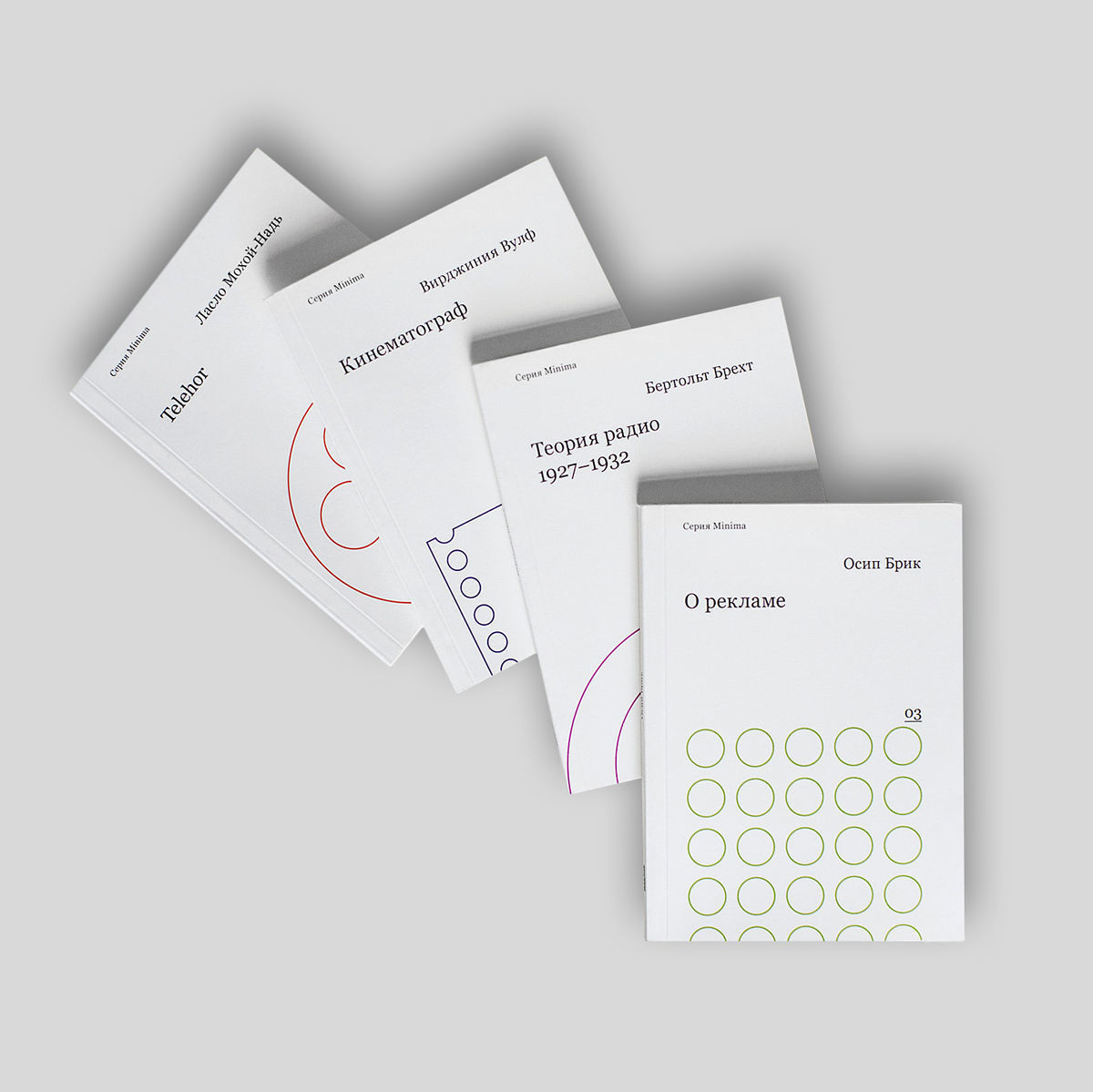 Berthold Brecht’s Theory of Radio is a critical survey of the function of radio: the first means of mass information to achieve universal dissemination during the 1920s.

Virginia Wolf discusses cinema as a new instrument for creating artistic images in the moment of its ascendance.

László Moholy-Nagy also reflects on cinema, commenting on the opportunities that came about in the 1930s as a result of new techniques in montage and audio.

Osip Brik’s collection of articles On Advertising gives a strong impression of the consequences of the New Economic Policy in Soviet society during the 1920s.

This first series of Minima publications is dedicated to the radical modernization that defined the “roaring twenties.” The early 20th century was a time of radical development of industrial technologies. These unprecedented innovations were met with great enthusiasm by the European intellectuals, who immersed in an experimental search for new methods of artistic expression, and explored the subject in numerous public statements, as well as essays and articles published in avant-garde press.

German playwright and art theorist Bertolt Brecht’s Theory of Radio presents a critical overview of the radio’s function as the first ever media against the backdrop of its worldwide integration throughout the 1920s. Brecht shares ideas on the media’s further improvement that remain as relevant as ever in our 21st-century world of proliferating technologies, advising that radio must “make the listener not simply listen, but also speak, and not isolate him, but establish a relationship.”

By the mid-1920s, cinematic technology had already developed to include color and sound, and took a status of an independent art form that became an indispensable topic of the intellectual discussions of the time. Disregarding the superficial character of the developing media’s first products, Virginia Wolf, a master of modernist literature, accepts it as a new way of implementing artistic visions: “The past could unfold like a scroll, distances could be abolished.”

Cinema is also the subject of contemplation for Hungarian artist and art theorist László Mohoy-Nagy, who in Telehor magazine comments on the possibilities made available to future filmmakers through the latest developments in filming, montage, and sound-related techniques.

On Advertising, a collection of essays by renowned avant-gardist literary critic Osip Brik, presents a sharply insightful view of the influence of the USSR’s New Economic Policy on the public attitudes towards the time. His surprisingly accurate concept of productive, beneficial advertising appears especially relevant in light of today’s global tendencies towards commercialization.

Each of these four mini-books is a tribute to the new aesthetic forms that emerged throughout the intense decade of the 1920s, evoking a certain feeling of nostalgia in the face of the future that came about too soon.

Osip Brik (1888–1945) A Russian author, literary scholar and critic, member of several leftist art groups (KomFut, MAF, LEF, REF). Editor of LEF and Noviy LEF journals, writer of novels and drama, scriptwriter, and essayist. He was a close friend of Vladimir Mayakovsky, whose works he published, edited and commented on.

Bertolt Brecht (1898–1956) was a German writer, director, and playwright known for his works of philosophical and political satire, such as the plays “The Threepenny Opera” (prod. 1928) and “Mother Courage and Her Children” (written 1939, published 1941). He outlined the main principles of the “epic theatre,” a genre aimed at appealing to the rational mind and critical analysis as opposed to more traditional theatrical notions of identification.

László Mohoy-Nagy (1895–1946) was a Hungarian artist, photography and cinema theorist, journalist, and one the central figures of the early 20th-century avant garde. 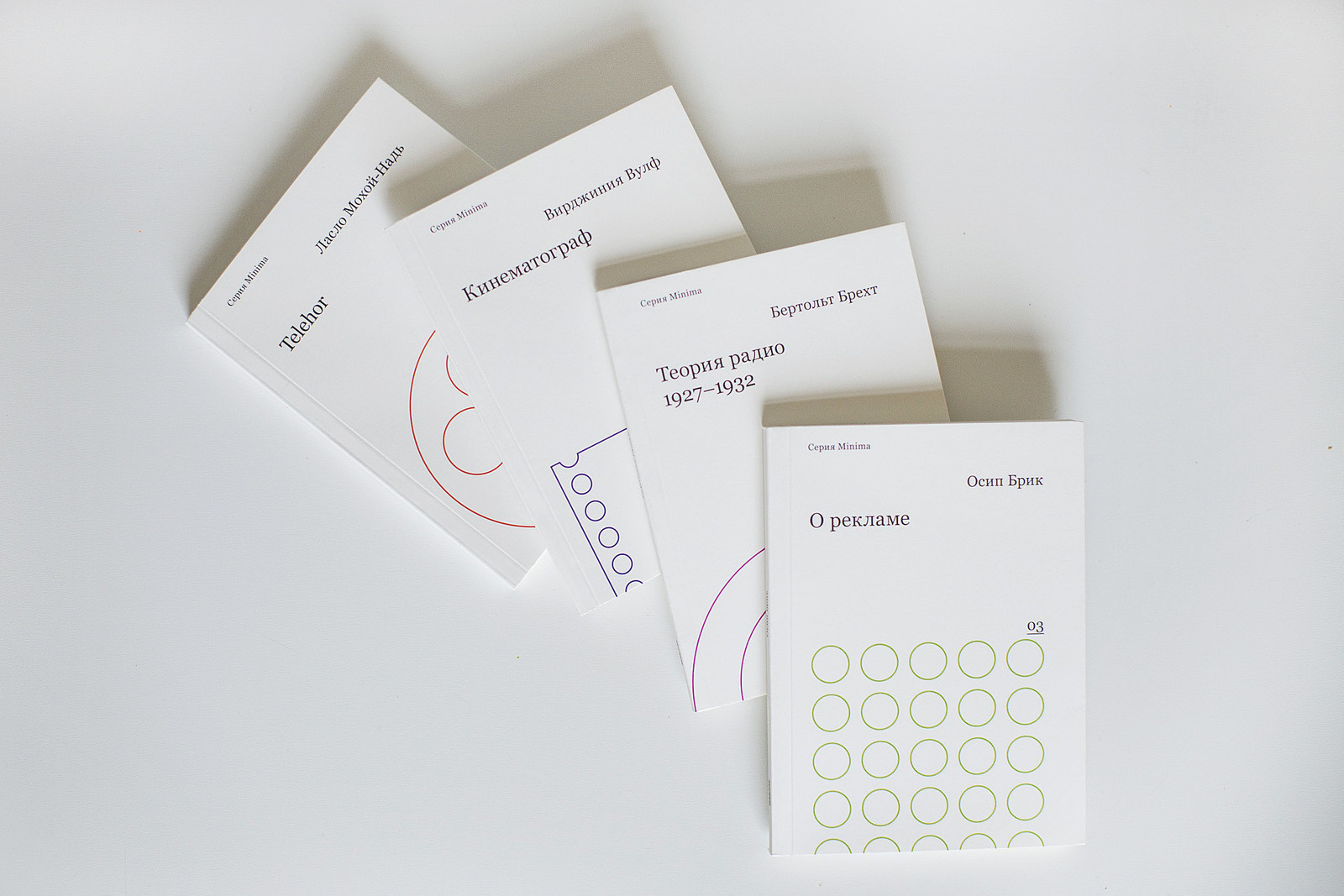 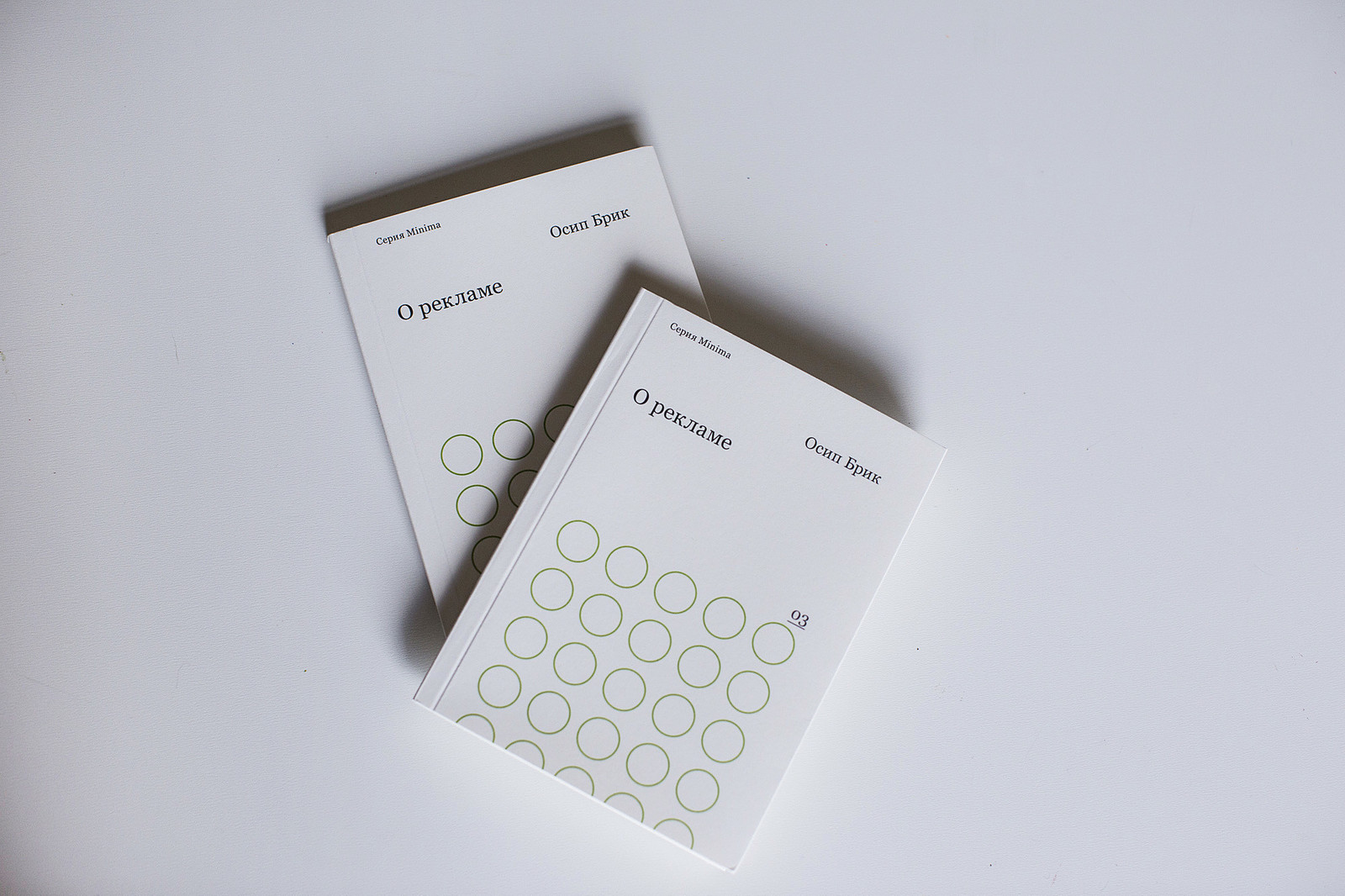 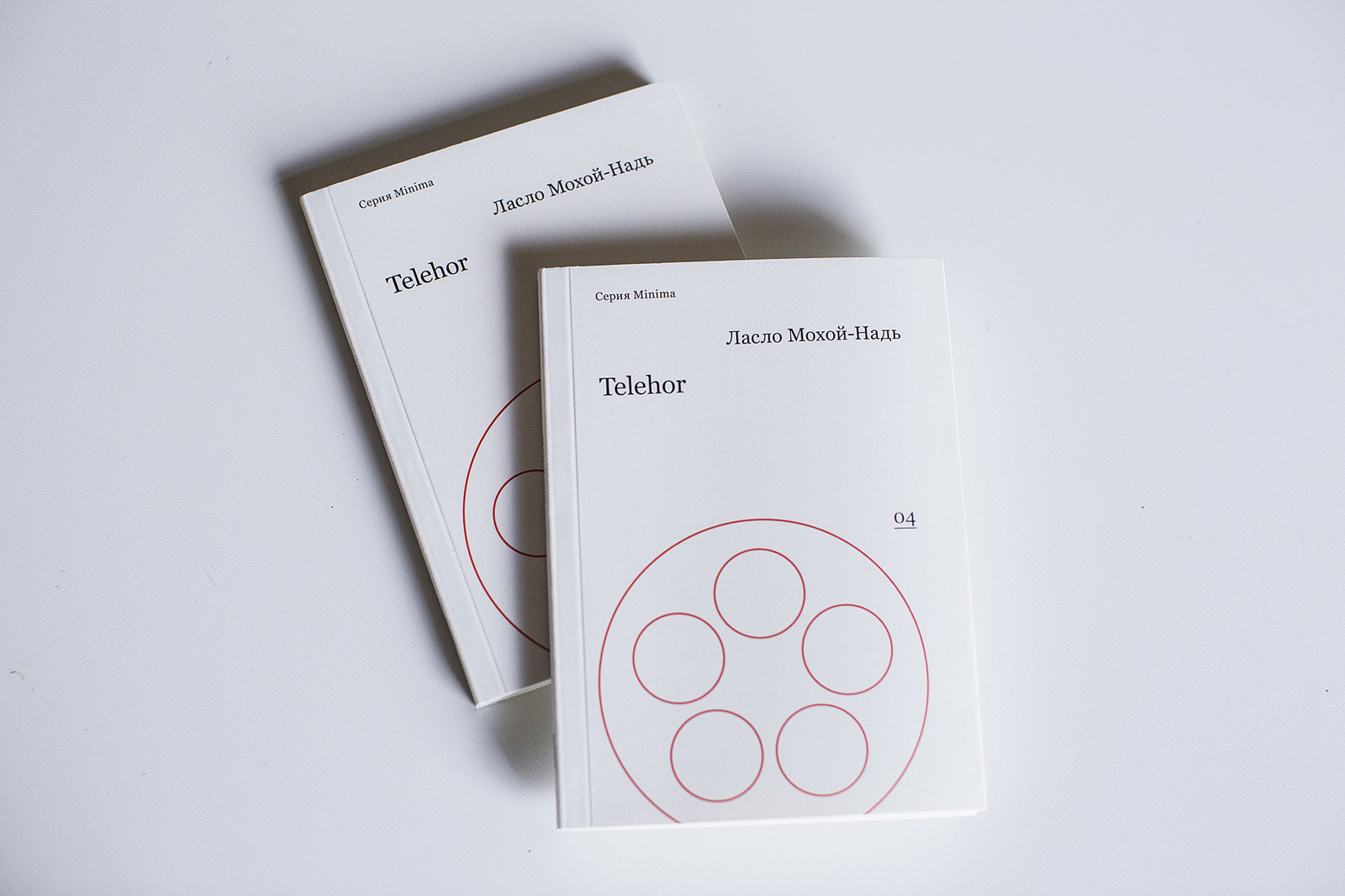 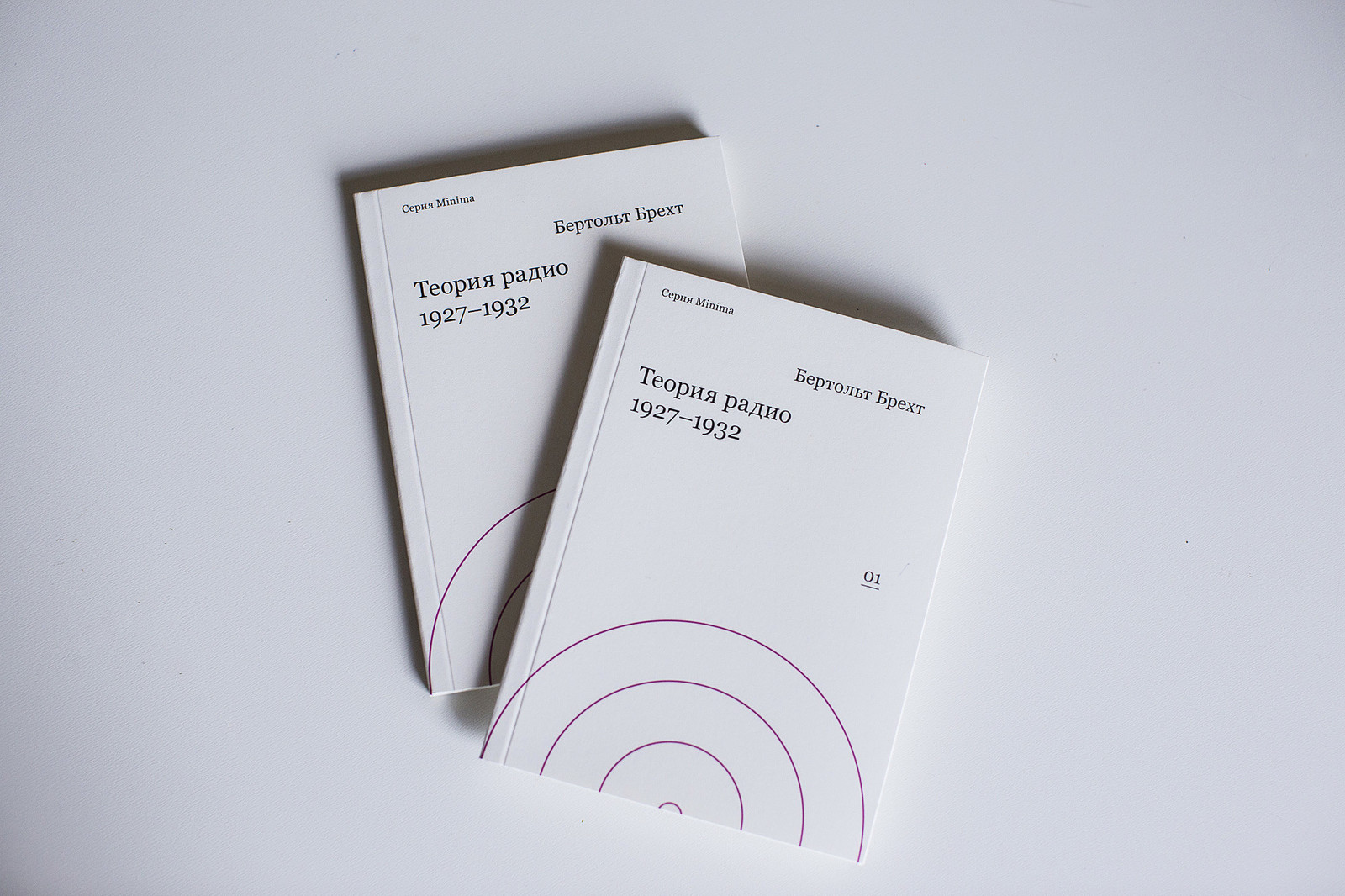