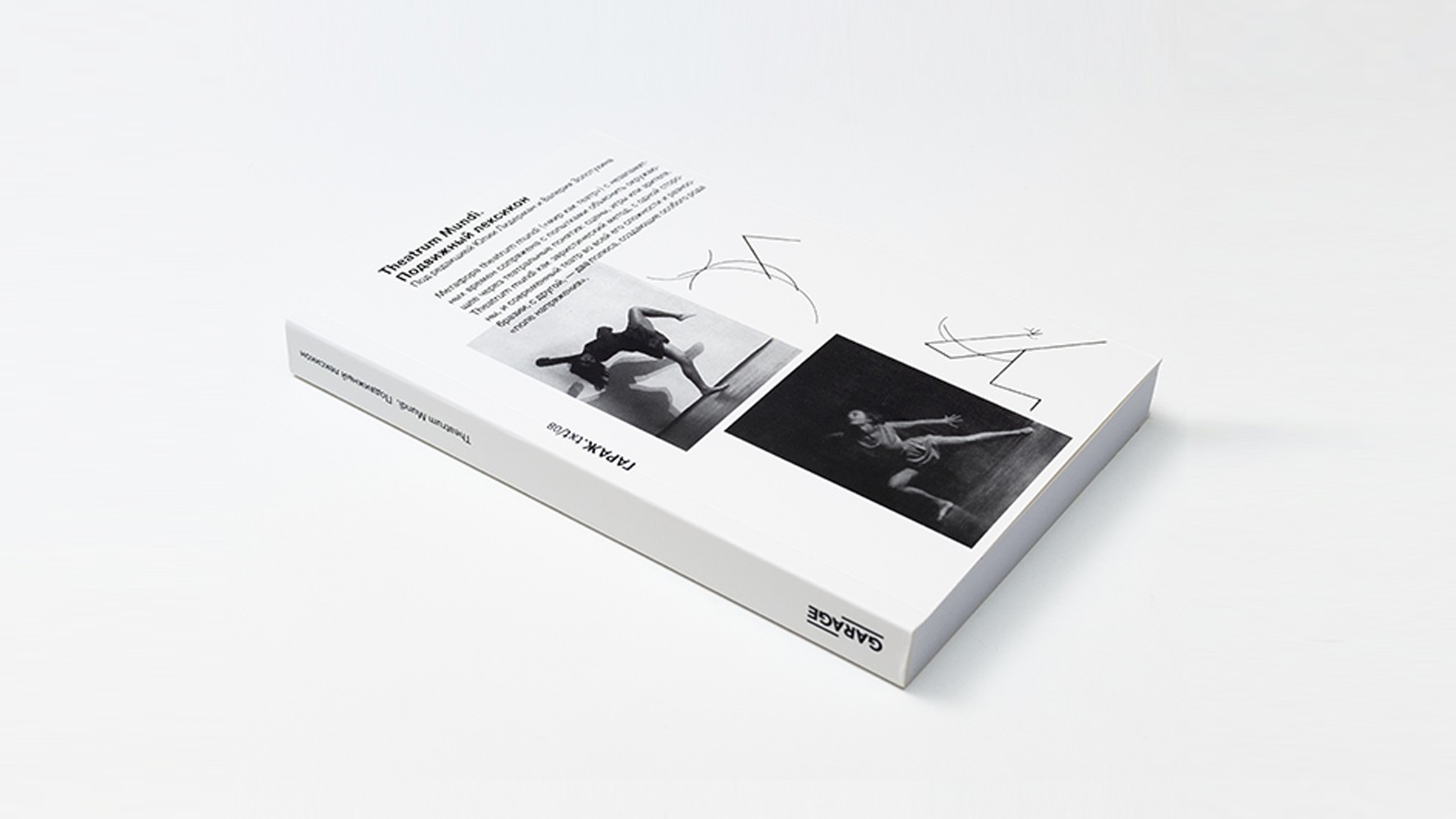 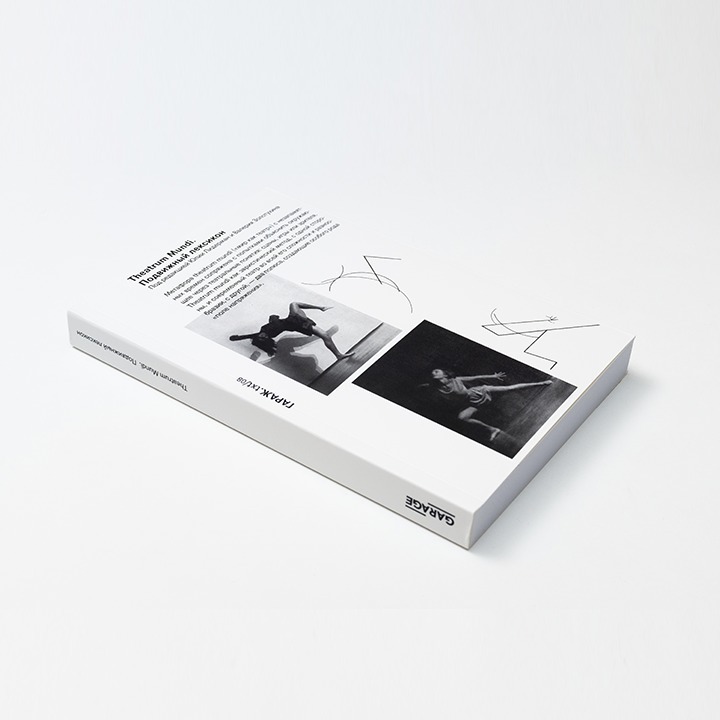 The eighth book in the GARAGE.txt series is a collection of writings edited by Yulia Liderman and Valery Zolotukhin. The research is dedicated to contemporary theater’s life forms, from performance to contemporary dance.

“Since times immemorial, the metaphor ”theatrum mundi“ (”the world as theater“) has been associated with attempts to explain the world around through theatrical conceptions, such as stage, game, or spectator. Theatrum mundi as a heuristic method, on the one hand, and contemporary theater in its entire complexity and versatility, on the other, are two poles that create a special ”field of tension.”

All of the authors of the book, which include philologists, philosophers, theater historians, cultural scholars, and historians, participated in the Moscow based independent research laboratory Theatrum Mundi, founded by Maria Neklyudova and Yulia Liderman in 2007. The compilation of their texts offers an analysis, in the broad context of contemporary humanitarian theory, of mediums in which theater exists today—from performance to contemporary dance. The articles featured in the publication allow readers to form an idea of both the fundamental categories of contemporary theory of performative arts (the politics of spectatorship and theatricality, affect, etc.) and the possibility of implementing them in humanitarian research.

Yulia Liderman is a cultural scholar, researcher, co-founder (with Maria Neklyudova) and curator of the Theatrum Mundi independent laboratory.

Valery Zolotukhin is a theater historian, senior researcher at the School for Advanced Studies in the Humanities at RANEPA’s Institute for Social Sciences, regular participant of the Theatrum Mundi laboratory. 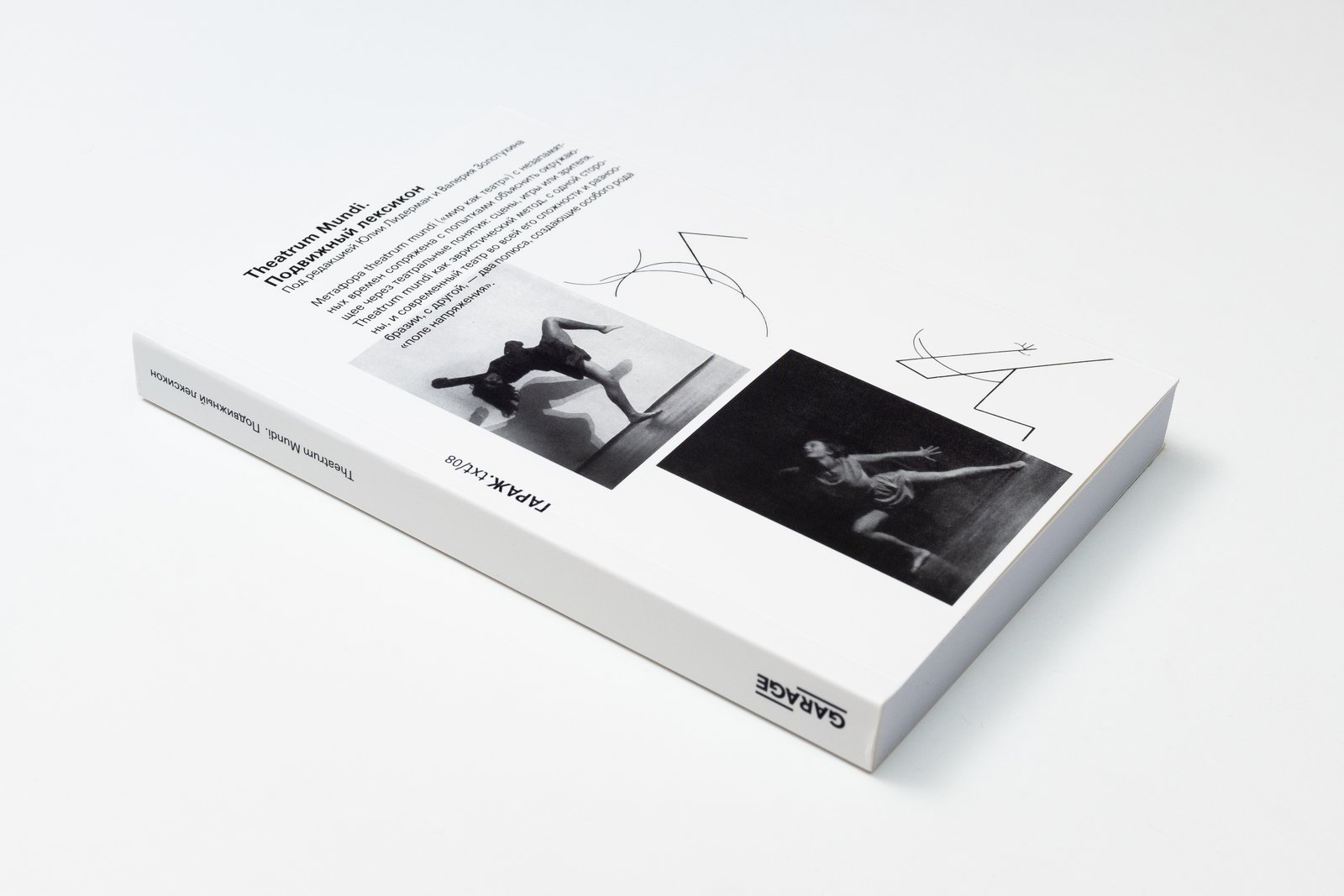 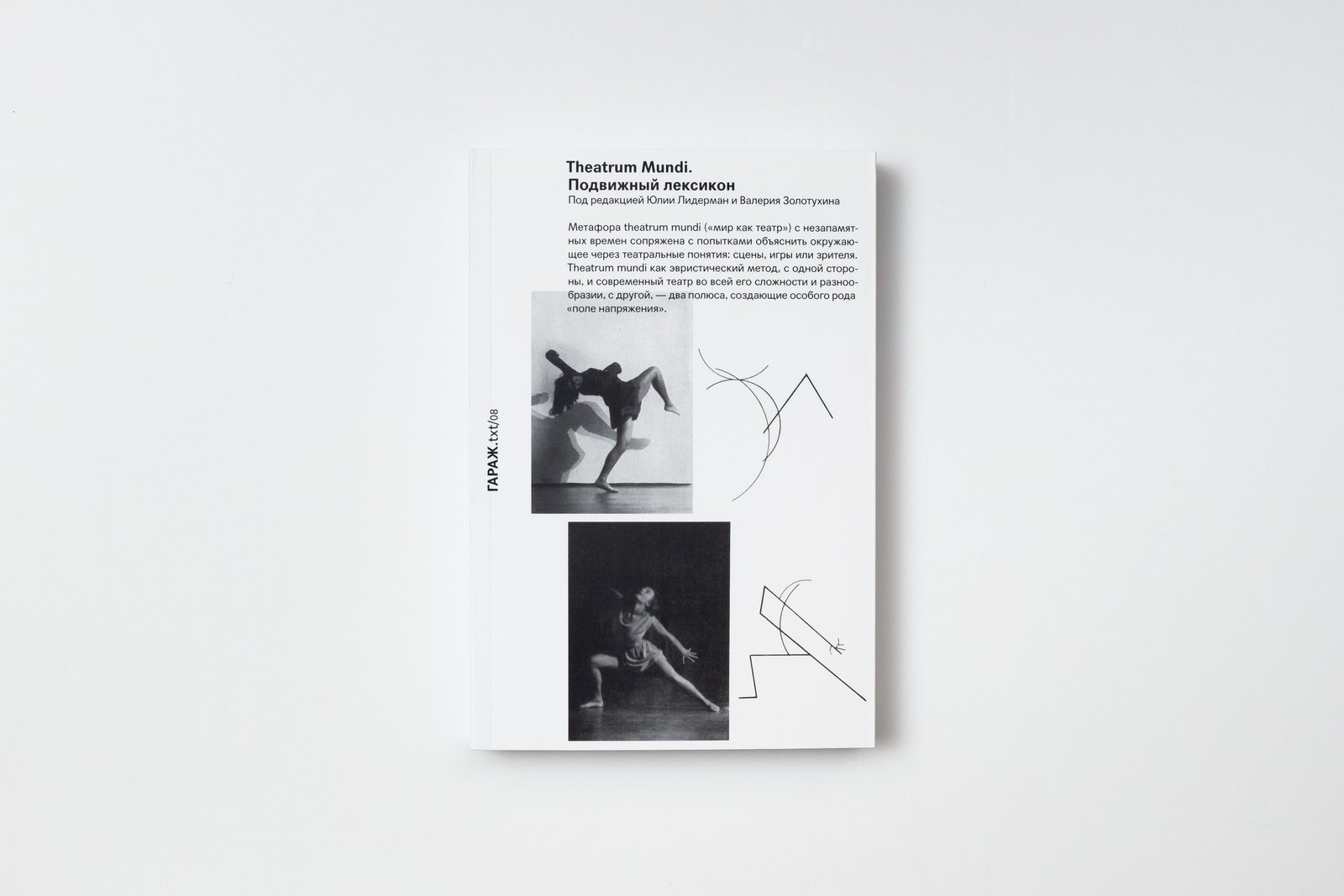 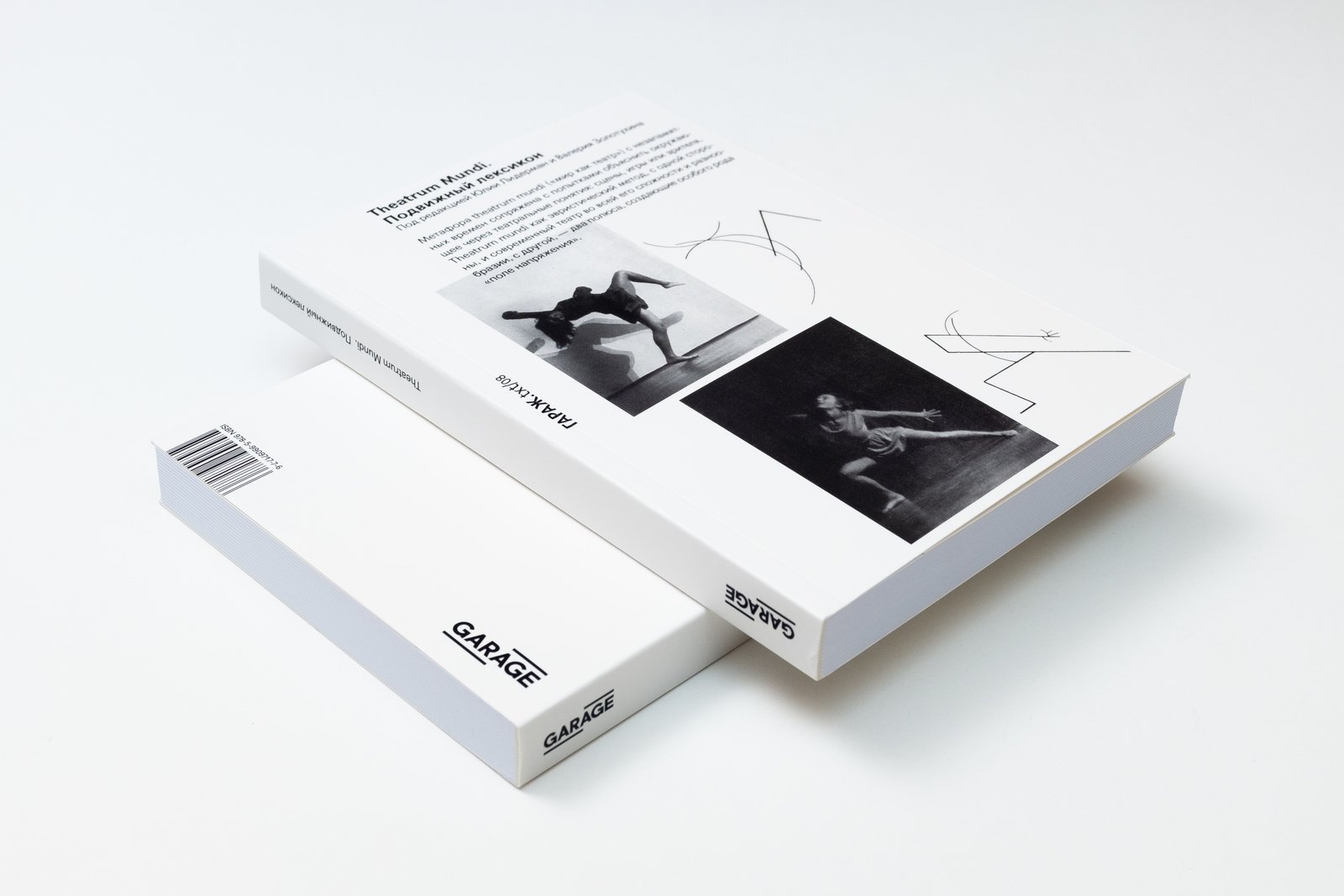 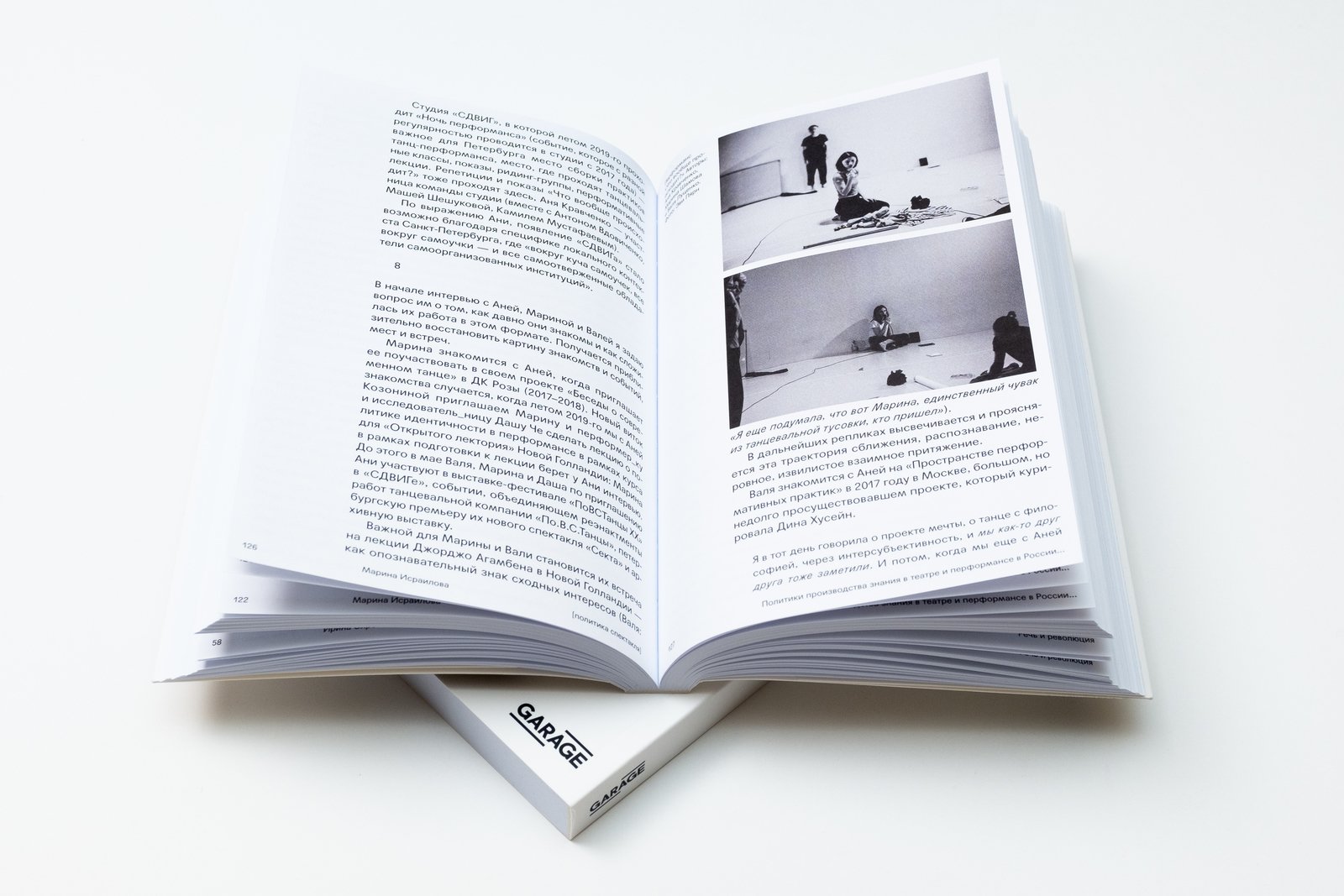