Malyshki 18:22
12 Magical Stories in the Underworld

Malyshki 18:22 was founded in 2018 in Tomsk by sisters Nika and Aksinya Sarycheva. The group’s practice is based around stereotypical “girly” imagery.

Barbie pink, rhinestones and shiny fabrics, and the attributes of fairy tale creatures are indispensable elements of the artists’ urban interventions, total installations, performances, and other works. Even so, Malyshki 18:22 touch upon “adult” subjects and topics that the artists consider personally important: complex family ties, gender inequality, violence and aggression in society, and social problems of their native Western Siberia. This contrast between deliberate visual naivety and challenging content is the central nerve of the group’s artistic method.

The core of the Sarycheva sisters’ installation for Garage Archive Commissions is the video 12 Magical Stories in the Underworld. This work is a remake of a video from Garage Archive Collection, Blue Noses Present 14 Performances in an Air-Raid Shelter (1999), which marked the establishment of the art group Blue Noses. According to the speculative predictions popular in late 1999, the beginning of the third millennium and the transition of the designation of the current year from 99 to 00 would lead to widespread failure of operating systems and a “technological apocalypse.” An international group of artists, including future members of Blue Noses Alexander Shaburov, Vyacheslav Mizin, Dmitry Bulnygin, and Konstantin Skotnikov, decided to explore the impending catastrophe by simulating its consequences. They locked themselves in a bunker for several days and began making art. One of the outcomes of this self-isolation was a series of short, ironic video performances in which the protagonists wore blue plastic bottle caps on their faces like clown noses.

Driven by a similar anxiety about global changes, Malyshki 18:22 offer their own interpretation of 14 Performances. Whereas Blue Noses faced the future with humor, fantasizing about the emergence of “innovative art that should arise in the absence of high technology,” Malyshki 18:22 focus on the present and see their video performances—a "cyclic fairy-tale“—as a means of working through various modern-day fears and traumas. For the artists, interaction with materials in Garage Archive Collection was an opportunity to explore more deeply those factors that influenced their artistic identity, which the Sarycheva sisters see as inseparable from the local artistic context but also alien to it. To these young Tomsk artists, the members of Blue Noses are important and authoritative contributors to the Siberian art scene, whose methods (making art “from scratch” and using deliberately simple language) and artistic positions (irony, tricksterism, the attitude of the “small” person) have had a significant influence on its development. While drawing certain parallels between their practice and that of Blue Noses, Malyshki 18:22 aim to detach themselves from it and emphasize the key difference in their approach to artistic reflection on reality, which they describe as “men laugh, girls cry.” 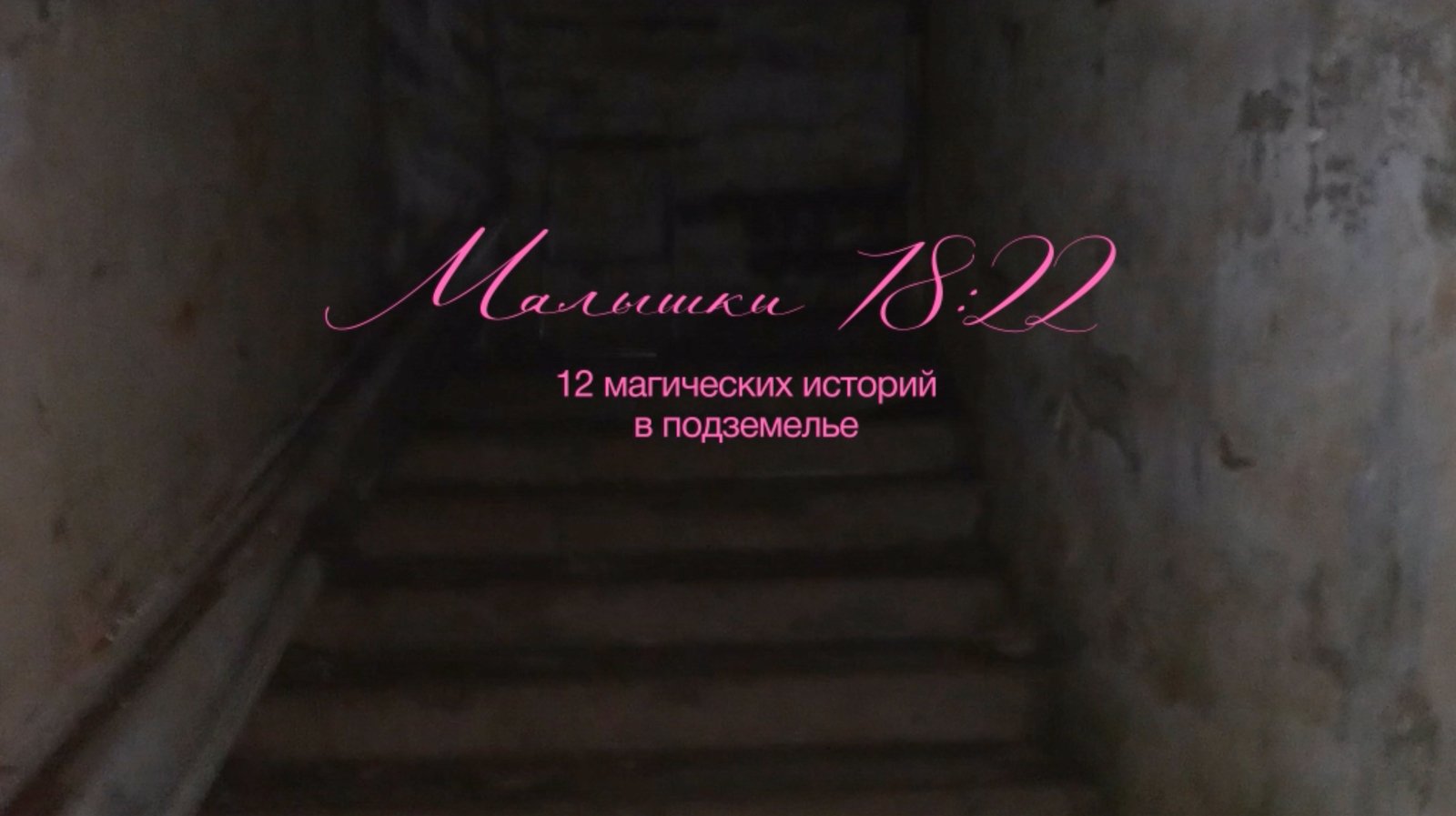