Paweł Althamer has created a sculpture for the project Silence 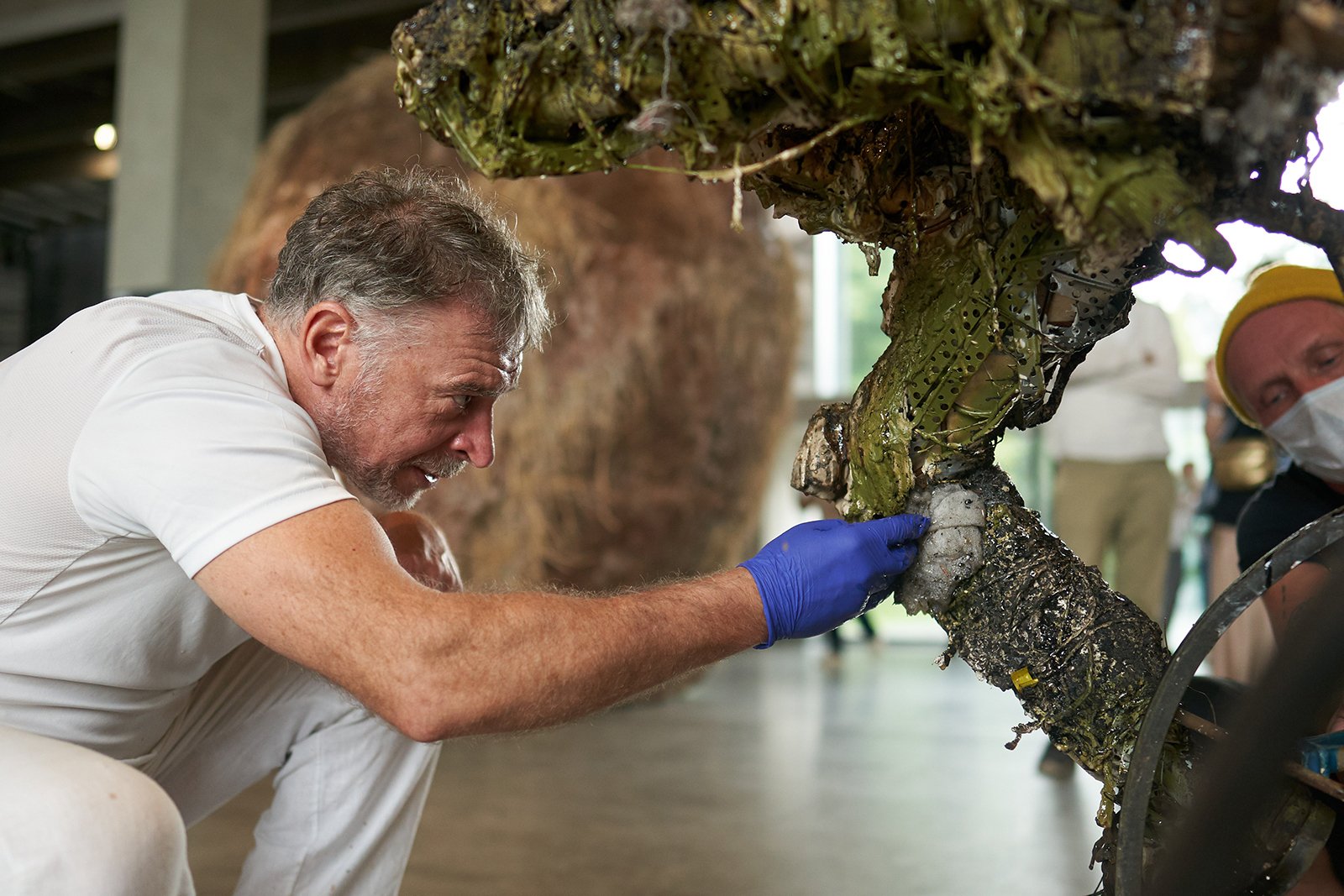 Part of Paweł Althamer’s project Silence is a sculpture that was created especially for Garage. Even though the artist chose to sculpt a portrait of the project’s curator using forms inspired by his wandering around the park and its abandoned buildings, the work is devoted to everyone who took part in the making of Silence, from the agronomist who selected the seeds for the garden to chance visitors. The sculpture continues Althamer’s project Common Task, started many years ago and based on the logic of collective labor, the engagement of various communities, and an open ending.

Everyone who found themselves in the Museum during making of the sculpture was invited to contribute to its final form and share authorship with Paweł Althamer and his friends and colleagues Józef Gałązka and Rafał Żwirek.

For Althamer, the group experience of art production has special value, as it implies unpredictability, chance, and freedom of gesture. Every visitor, he says, «was able to come closer to an understanding of the cognition of action and the meaning of inaction, noise and silence.»