Ugo Rondinone. your age and my age and the age of the rainbow 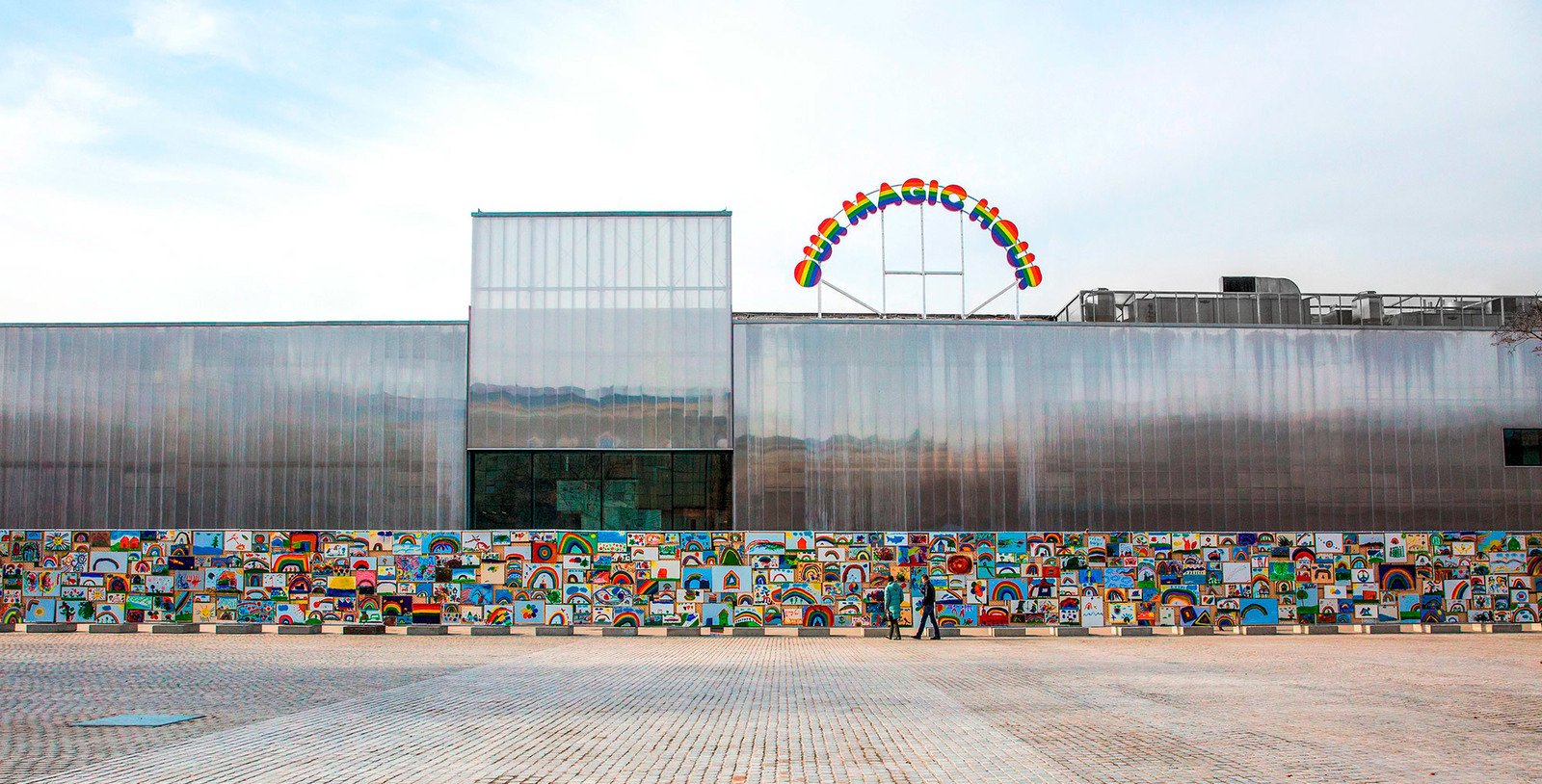 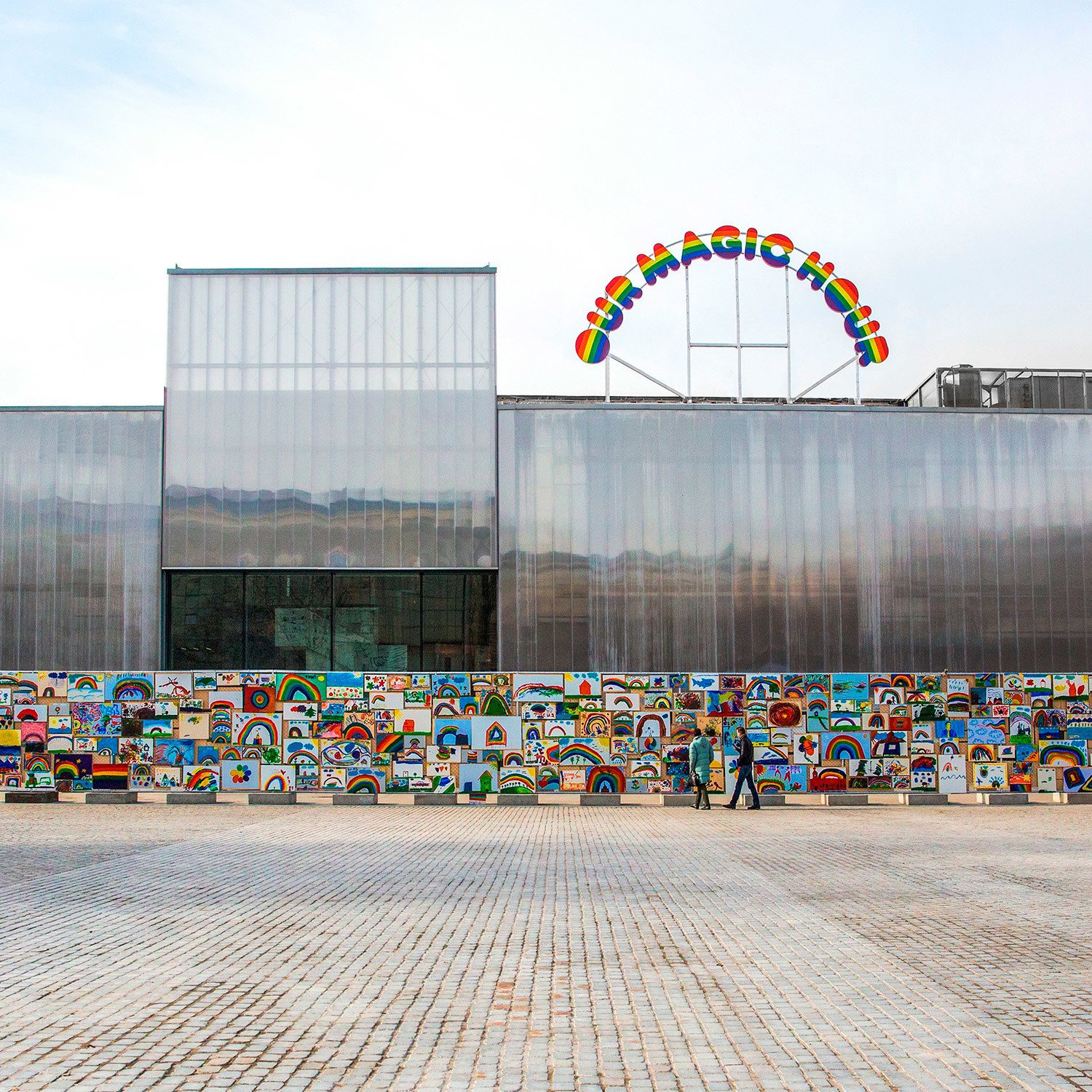 The artist’s first project in Russia consists of two interconnected pieces: an installation in front of the Museum, and an object on its rooftop. In Garage Square, visitors find a one-hundred-meter-long fence supporting thousands of images of rainbows painted on wood panels by kids with various disabilities from all over the country. Garage Rooftop also hosts a ten-meter-long rainbow that spells out OUR MAGIC HOUR. This message celebrates the inauguration of the first Triennial of Russian Contemporary Art, which is taking place simultaneously inside the Museum. Having emerged in Rondinone's work in 1997, first as a sculpture for a public space, the rainbow has since become one of his most recognizable images, a convergence of visual and poetic energies—according to the artist, each rainbow represents a complete work of poetry.

When Rondinone made site visits to Moscow, he determined that public engagement would be one of the key aspects of the new work, as well as wanting to produce something that was responsive to the context of Garage. Acknowledging the Museum’s interest in developing country wide networks, he asked that his project should be far-reaching.  Assisted by Garage’s Inclusive Program department, the artist engaged 1,500 children, including deaf and hard of hearing kids, as well as children with physical and developmental disabilities, in nine cities across Russia: Moscow, St. Petersburg, Ivanovo, Nizhny Novgorod, Kazan, Perm, Yekaterinburg, Krasnoyarsk, and Novosibirsk. Fifteen hundred panels of different sizes, from 40 x 30 cm to 125 x 80 cm, are displayed on the front and back of the fence. Rondinone has realized a number of communal works, but this is his largest and longest rainbow fence to date. Unlike the previous ones, it is the first to be exhibited outside a museum, accessible to park visitors.

Each participant was invited to create a drawing for the installation on the Square with the promise that there would be no curatorial intervention and every rainbow produced would be presented. In a time of divisions and restrictions all over the world, Rondinone’s ethical standpoint, and his openness and generosity, restores a belief in the magic of the moment and the human essence of contemporary art.

Garage would like to thank Sadie Coles HQ, London, Galerie Eva Presenhuber, Zürich, Gladstone Gallery, New York and Esther Schipper, Berlin for their assistance and support of the project. 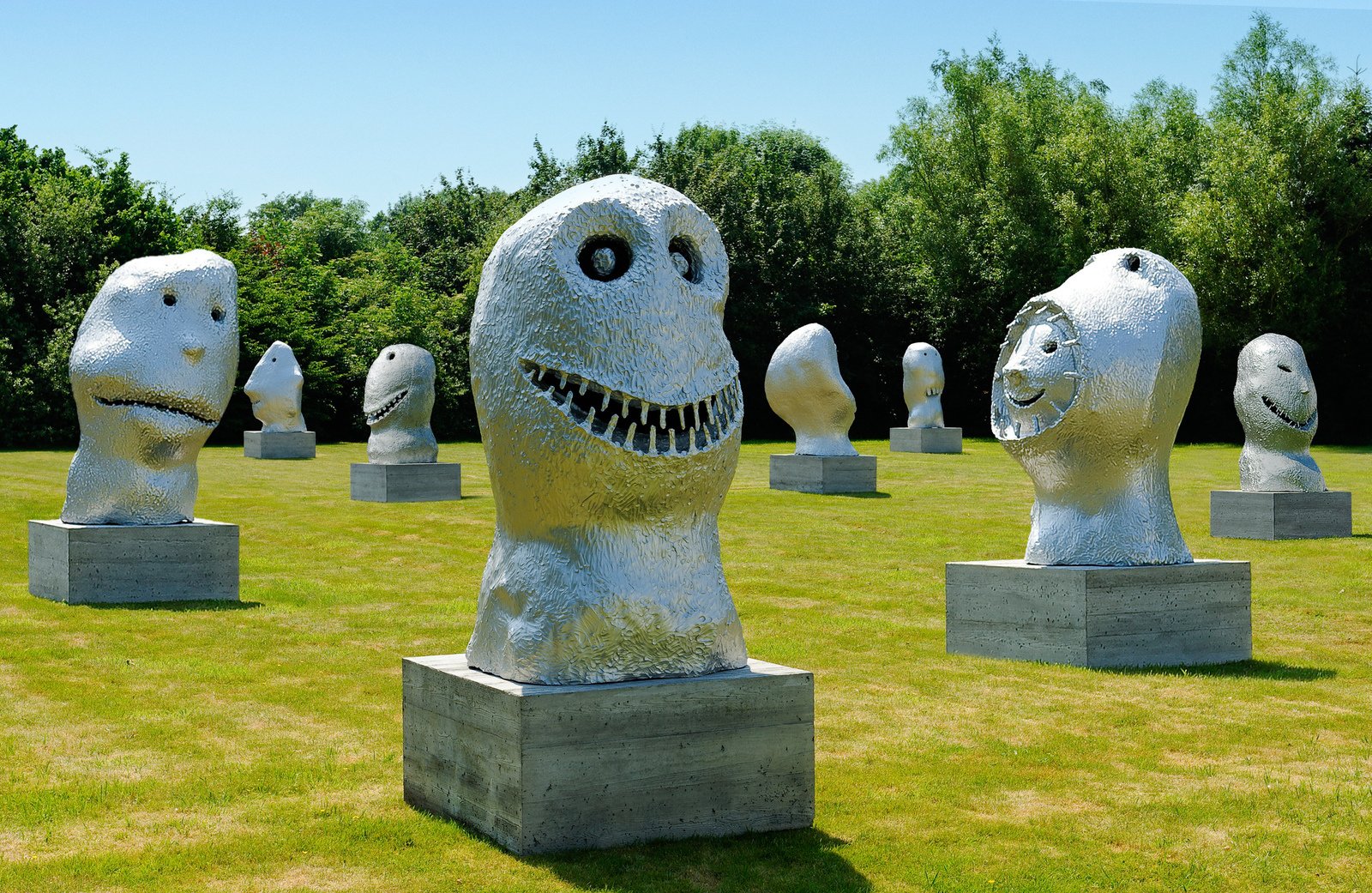 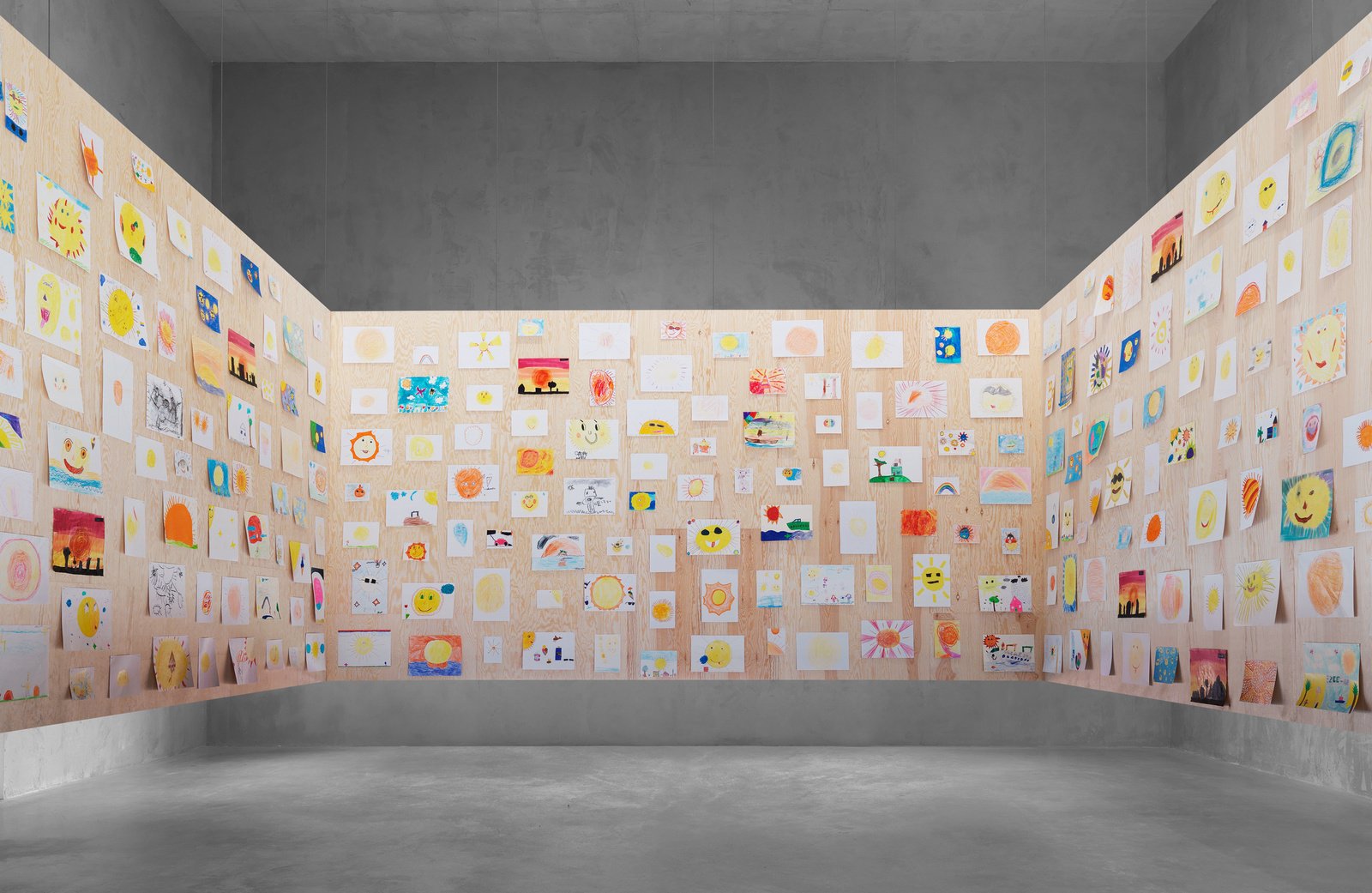 Ugo Rondinone
your age and my age and the age of the sun, 2013
Concrete, plywood, 450 sun drawings made by the children of Leuven
Dimensions variable
Courtesy of the artist