Go to exhibition
Irina Korina. The Tail Wags the Comet 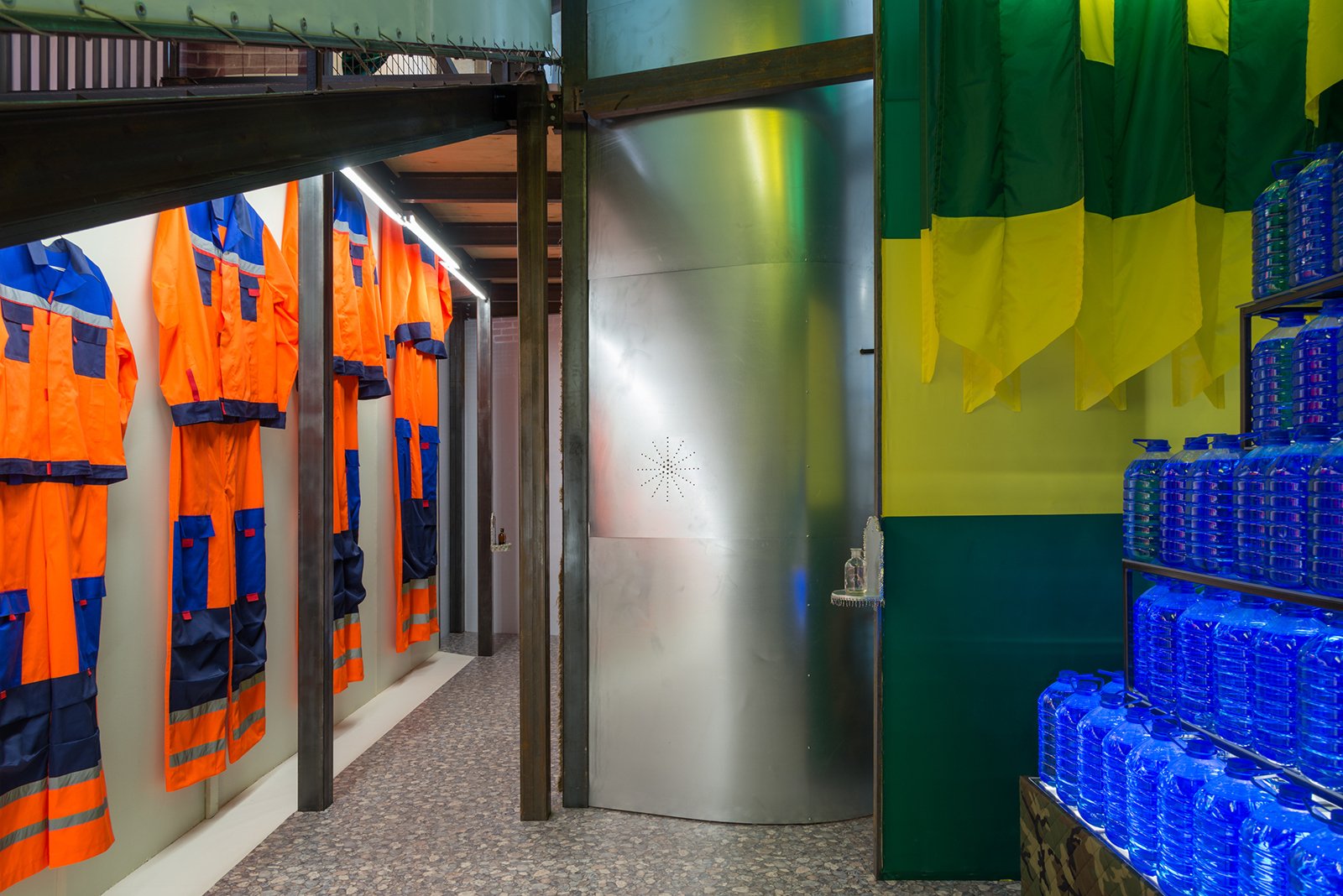 Irina Korina tells Garage Chief Curator Kate Fowle how memory and the novels of Vladimir Sorokin played a role in the creation of The Tail Wags the Comet.

Kate Fowle: The Tail Wags the Comet is a theatrical edifice that seems to both salute and poke fun at the Soviet modernist building that it’s temporarily inserted into. Based on the fact that you trained as a set designer for theater and cinema, as well as embarking on an art career in the late-1990s, what specific aspects of this past life would you say has most influenced your current art practice?

Irina Korina: To be honest I think my work—or at least the way I think—has a more direct connection with the literature of Vladimir Sorokin. Especially back in the late 1990s. I read all his books that were made available at that time: Marina's Thirtieth Love, The Queue, Norma, Blue Lard. They were key in shifting how I thought about the Soviet Union, its culture, its history, and what happened directly after Perestroika, which was the time that I started to work. Most importantly though, I was really interested in how Sorokin’s language—his descriptions—transformed space. He plays with the shape of text, with style. That really ignited my imagination.

KF: It’s interesting that you describe words as capable of transforming space.

IK: Language creates different kinds of spaces. How you choose to describe something (whether through words or the use of physical materials) changes how others experience what it is you are communicating about. This relates to one of the genres of film that inspires my practice, Dogme 95, which came about in the 1990s. These films were produced using interviews and  real life—real feelings—as their subject and form. I think it's a very special process that makes you see things differently.

KF: What made you decide to start making installations that are architectural in scale?

IK: Most of our memories are attached to architecture. Even if it is a very ugly or terrible place, if you have important associations with it, you will have nostalgia for the building or environment. There is this moment when something begins to be a part of history: we’ve all had those discussions about new architecture and how ugly it is, how no one likes it. And then a few decades pass and people start saying “Ah, how nice this place is,” completely forgetting how much they hated it, because now it contains their lived experiences. This all comes out of the fact that I have a lot of memories of places, of buildings, from my childhood, for which it takes harnessing all my trained sense of culture to understand as “terrible” places. As a young person I didn’t discern that the quality was bad, the materials were poor, or that the buildings were old and run-down, or spaces were ugly. They were just my reality and as you get older you remember them with fondness, ignoring their shortcomings. And yet objectively—to someone who has no direct associations—there is nothing but a dirty, old, run-down place, or bad architecture. This is also reality. I am interested in how to make work that joins these realities. For me ultimately it’s about a transformation of the hierarchy of values.

The material was first published in Garage Gazette 2017 issue.

Go to exhibition
Irina Korina. The Tail Wags the Comet