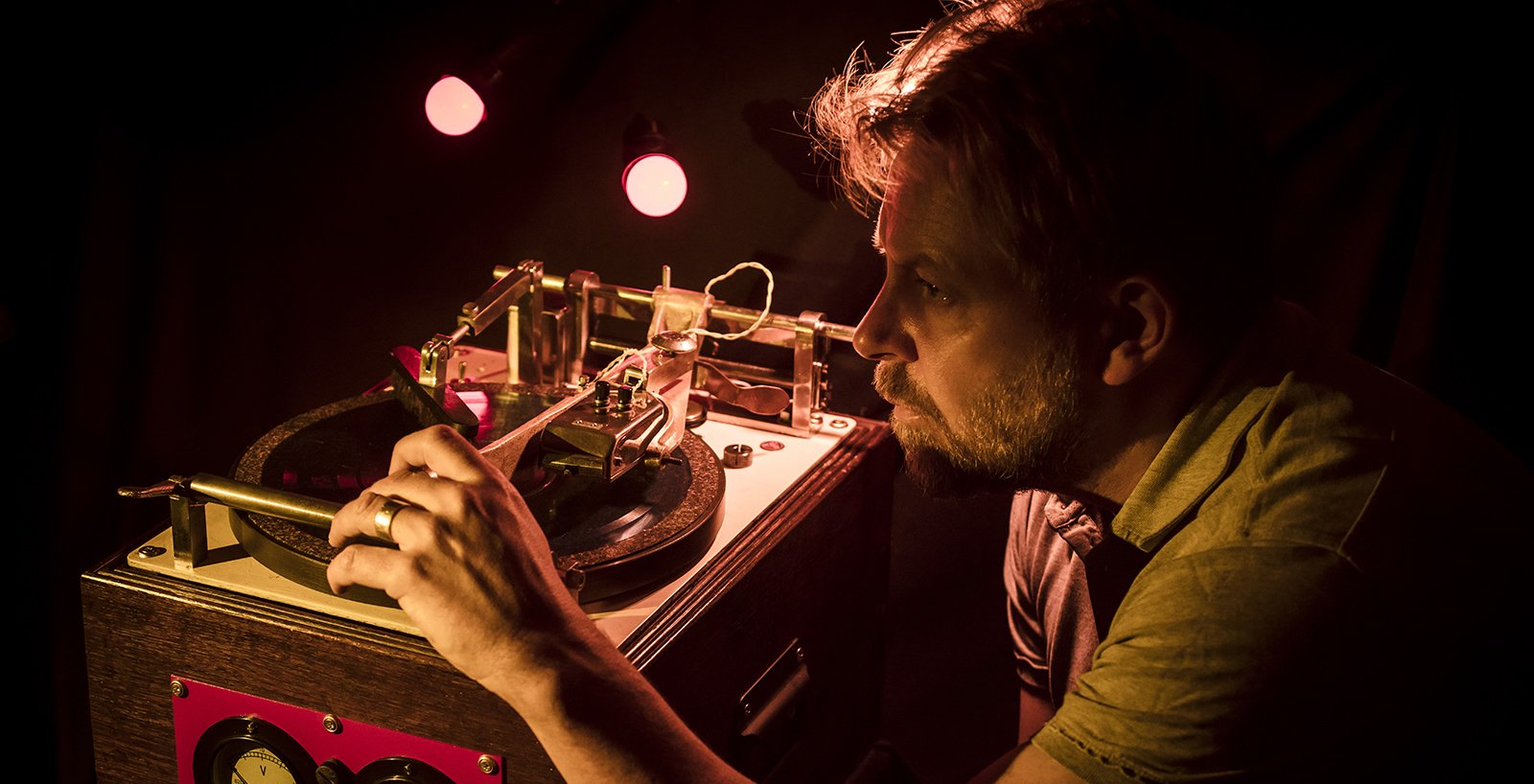 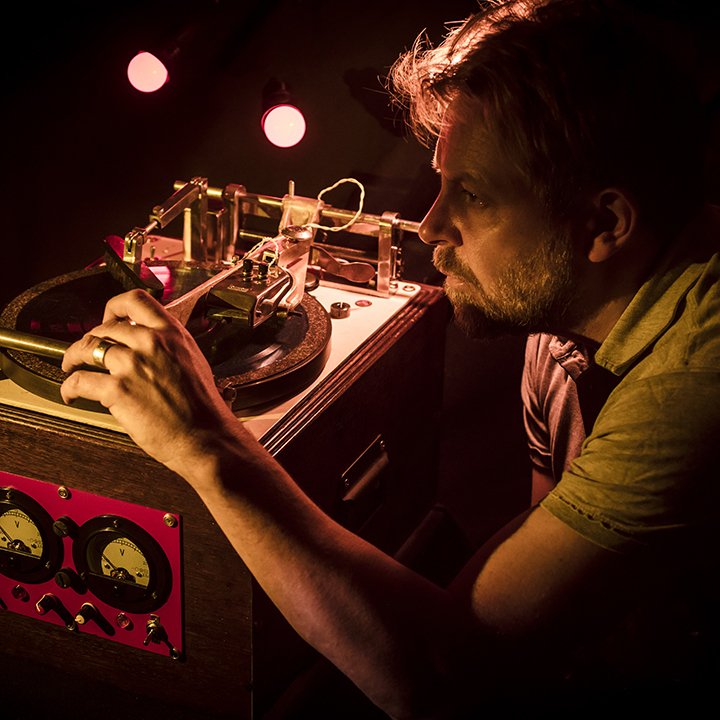 During the first week of the exhibition, Garage invites visitors to a night celebrating the underground ‘bone music’ culture.

Exploring a unique episode in postwar Soviet history created by the love of music and incredible human ingenuity, X-Ray Cabaret will revive both the music that was once banned by the Soviet state and the recording technology used by Soviet bootleggers who were ready to risk their freedom for the music they loved.

In memory of one of the most popular musicians recorded on x-rays, Pyotr Leshchenko and his famous Eastern Maxim’s cabaret in Bucharest, Garage will try to recreate the atmosphere of the music cabarets of the 1930s–1950s.

The program includes live performances by one of the exhibition’s curators Stephen Coates, frontman of the British indie pop band The Real Tuesday Weld, the rock band Vezhlivy Otkaz, and singers Miriam Sekhon and Misha Luzin. Each will play a mix of their own compositions and hits of the ‘bone music’ era.

The exhibition’s co-curator Paul Heartfield will use an authentic 1950s’ recorder to record the performance directly onto x-ray plates. The records will then be played back to the guests.

The poet and publicist Lev Rubinstein will read his short story about “bone music”.

Stephen Coates is a composer and music producer. A graduate of the Royal College of Art, he is particularly interested in the interaction between music and culture. In 2010, Stephen wrote and presented an eight-part radio documentary series for Resonance FM (London), "Sounds of propaganda and the Cold War," investigating the way music and audio was used for political purposes in the West and in the Soviet bloc. He came across the subject of the x-ray recordings when travelling to Russia to perform over the last six years.

Paul Heartfield is one of London's most experienced and respected portraitists. He has worked extensively in the music industry, photographing many international bands and musicians over the last decade. He is the regular portrait and archive photographer for the Houses of Commons and Lords in Westminster and has photographed most of the senior British politicians of the last few years.

Miriam Sekhon is a film and theatre actress and singer. In 2005, she graduated in Directing from the Russian University of Theatre Arts (GITIS, actors’ group, Sergey Zhenovach studio). In 2006, she formed a music ensemble Tatyana playing songs of the 1930s and 1940s. She is the singer in Green Point Orchestra (since 2000), Miriam Sekhon Jazz Band and Miriam Sekhon Under the Covers (since 2015). She works with Praktika Theatre and Mayakovsky Theatre in Moscow.

Vezhlivy Otkaz is a Soviet and Russian rock band. Having gone through several lineup changes since it was founded in 1985, today the band is comprised of singer and guitar player Roman Suslov, bass player Mikhail Mitin, and drummer Dmitry Shumilov. Over the past thirty years, the band has released nine albums and collaborated with artists Sven Gundlach, Dmitry Gutov, Konstantin Zvezdochetov, Igor Gurovich, and Yaroslav Shvartsshteyn.

Misha Luzin (b. 1980, Yekaterinburg, Russia) is a singer-songwriter and guitarist. His debut albums were produced by famous Russian musicians Vladimir Shakhrin (Chaif) and Vadim Samoilov (Agata Kristi). The last album Mira (released in 2016) was included in the list of the best albums of spring 2016 by popular daily newspaper Kommersant. Luzin also participated in The Voice show in Ukraine, as part of the team of outstanding Ukrainian musician Svyatoslav Vakarchuk (Okean Elzy).

Lev Rubinstein is a poet and essayist, author of over ten books of poetry and essays. He studied Philology at the Moscow State Pedagogical Institute and has worked in the institute’s library. He started working in journalism in the 1990s and was a critic at Itogi magazine from 1996 to 2001. In the 1970s he invented poetry on cards, and published books in this new genre. He is a recipient of Andrey Belyi and NOS awards (1999) and Liberty Prize of Russian émigré writers. 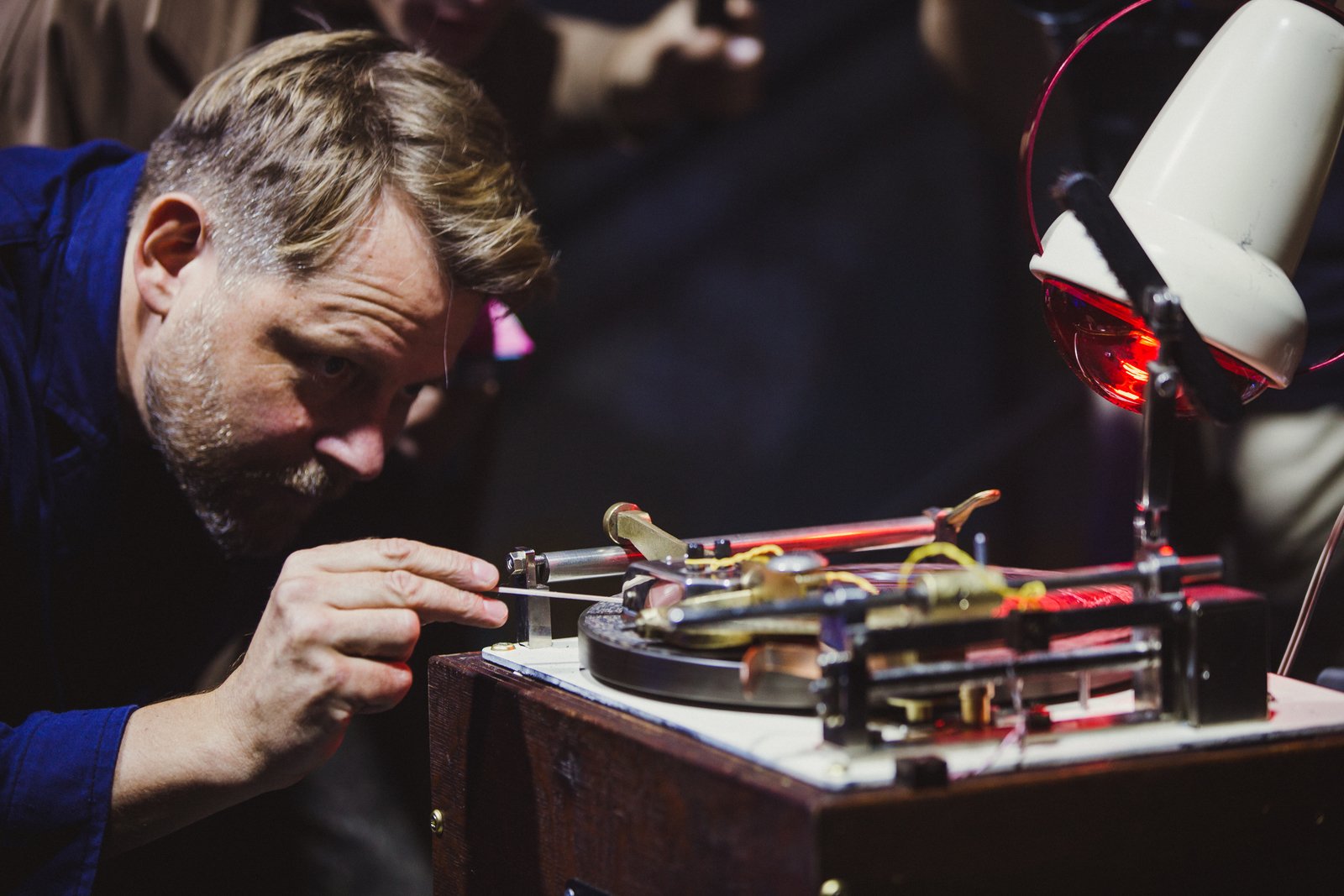 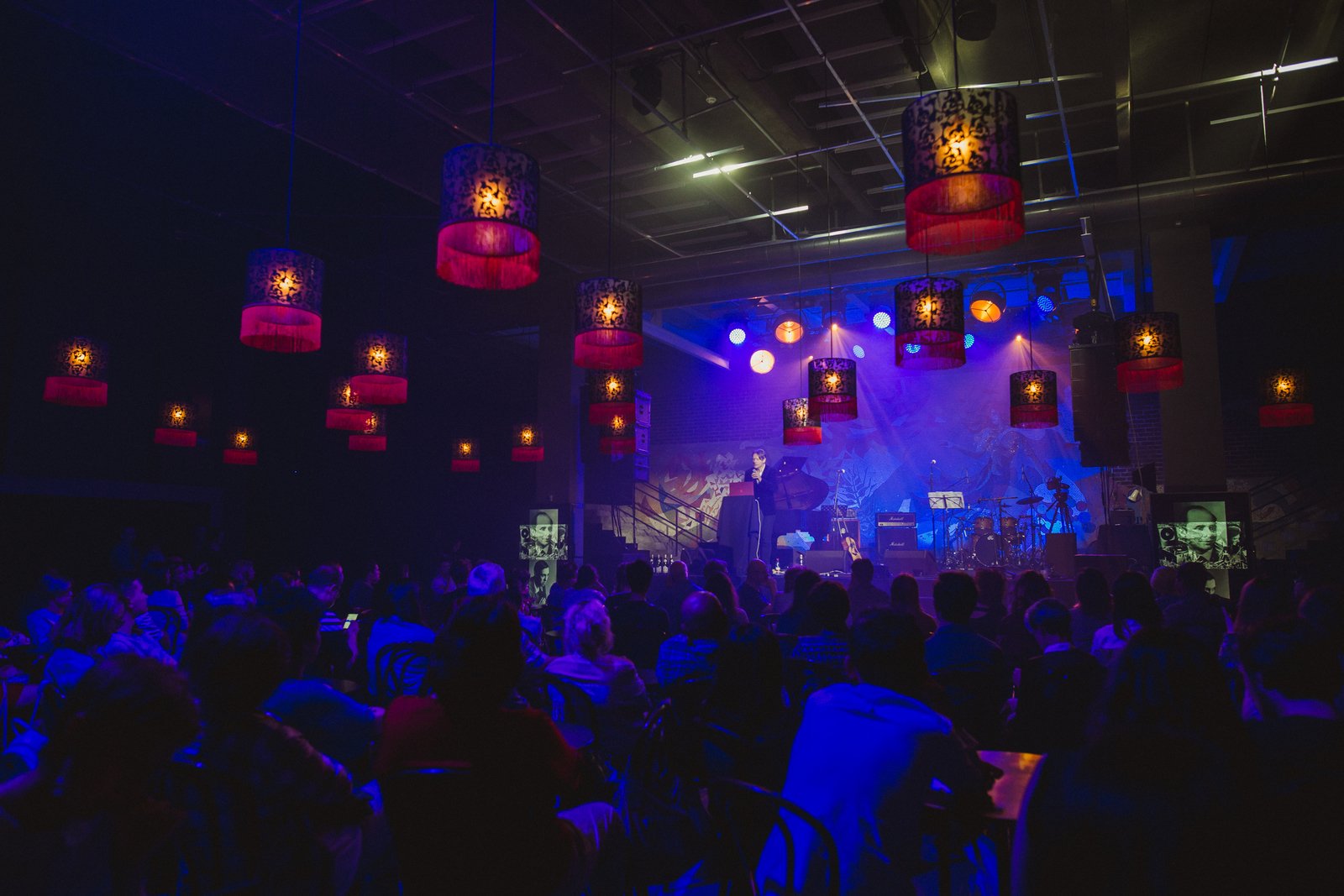 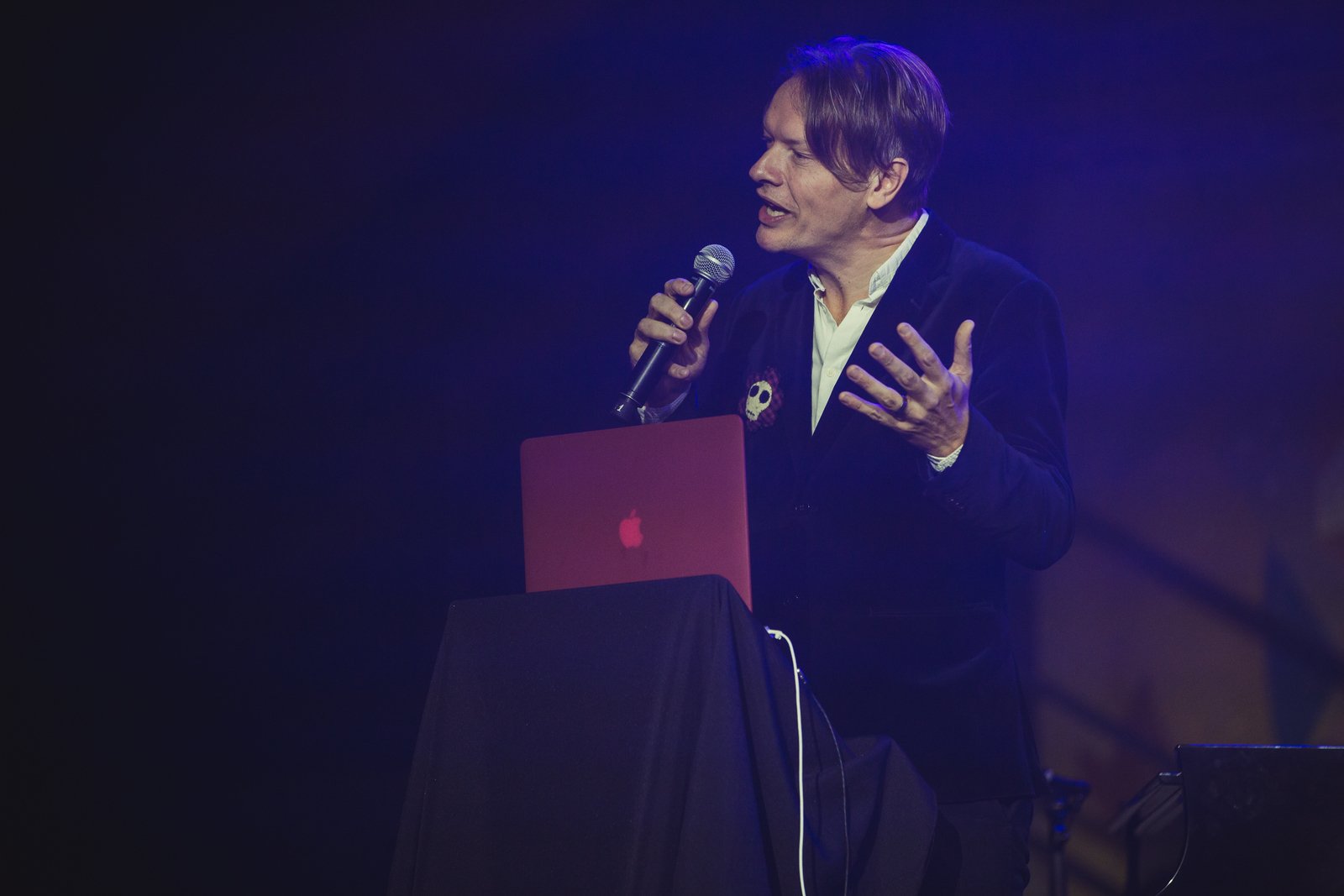 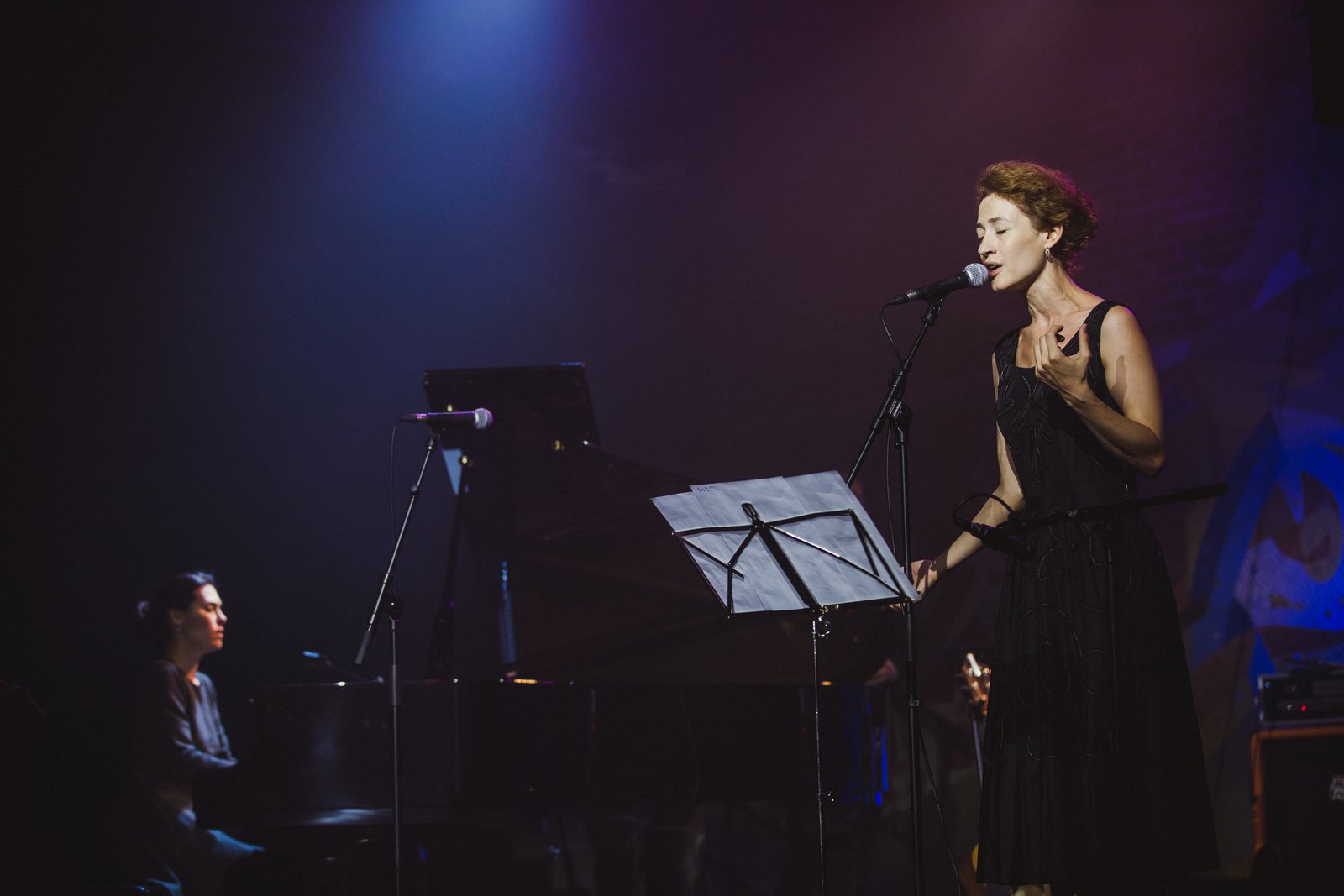