Special screening of Thirty for patrons, partners, and members 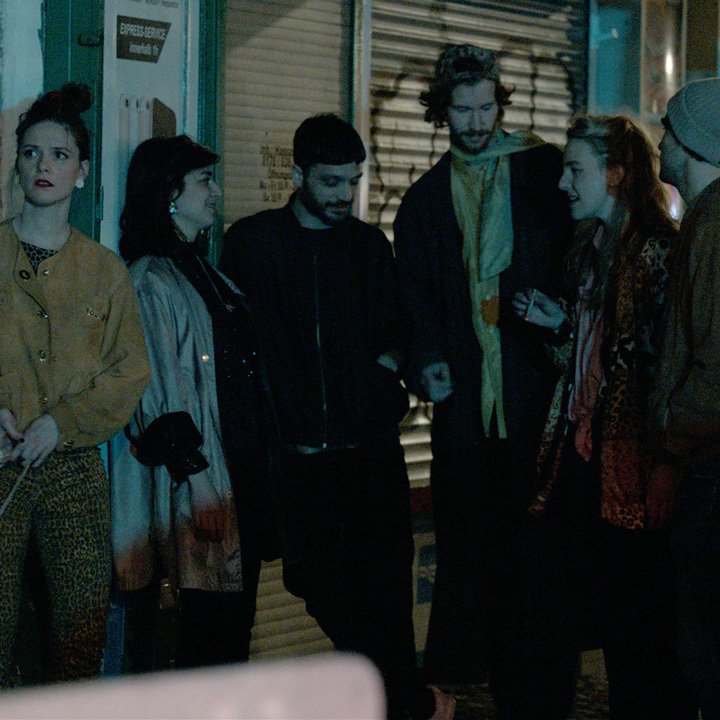 One of the biggest debuts of 2019, Simona Kostova’s picture was shot in real time and to a live soundtrack spanning jazz and techno. After a birthday party, a group of friends go out in the hip Berlin neighbourhood of Neukölln. As they go around bars and clubs, their lives are falling apart like in a Chekhov play.

Thirty follows a group of young Berliners on their 24-hour journey that starts with a birthday celebration and continues deep into the night, taking the protagonists to various locations around the city and becoming, unexpectedly, a turning point in their lives.

A graduate of DFFB—one of the best film schools in Germany—Simona Kostova shot her debut feature over a few days and with a minimal budget and cast her friends in the leading roles. Filmed almost in real time, an intimate story set in one apartment evolves into an epic polyphonic drama about the fragility of human feelings and relationships. Thirty premiered at the 48th International Film Festival Rotterdam and was screened at the 69th Berlinale.

Members can bring one guest. Registration will open on May 21.

Do you want to become a part of this? It is easy to join!