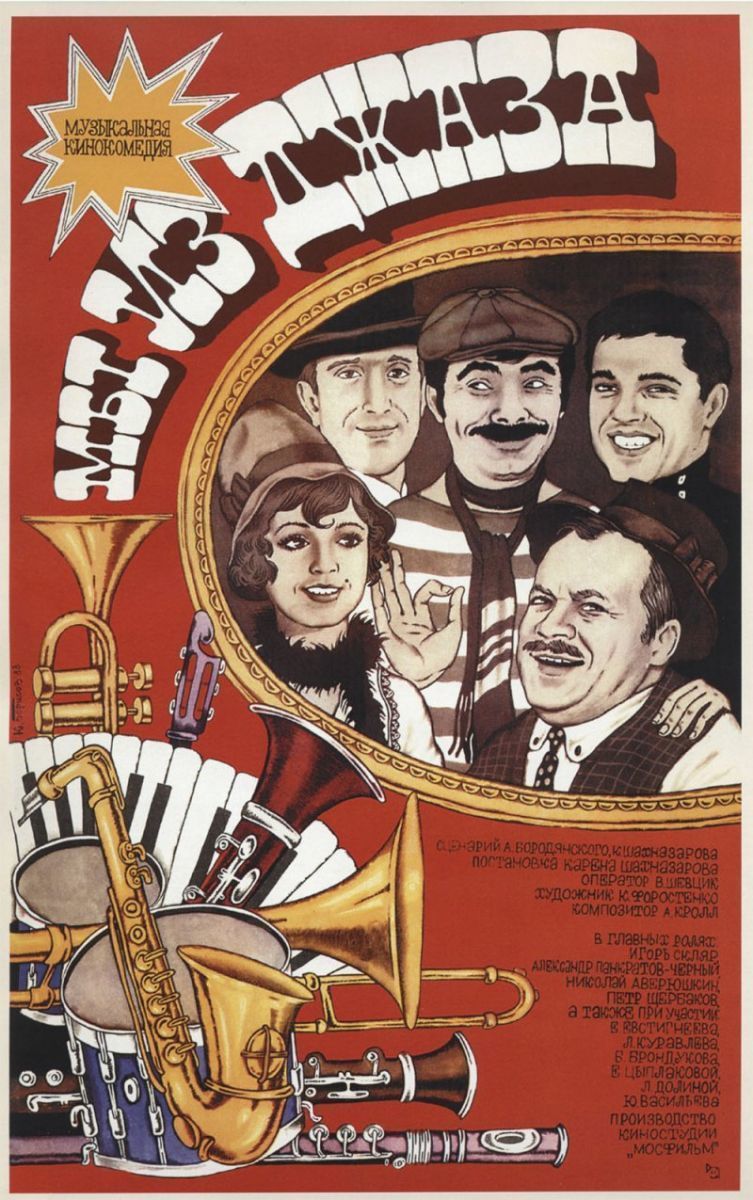 Karen Shahnazarov’s second feature was in the top-fifteen most successful films at the Soviet box-office in 1983, and remains one of the favorite music films made in the Soviet era.

This film by Shakhnazarov partially references the “reversal of fortunes” plot of Alexandrov’s Merry Fellows. The action is set in 1926, during the USSR’s New Economic Policy, when Afro-American jazz beats started invading the Soviet area, rapidly gaining resonance.  It is no coincidence that, on the eve of the upcoming Perestroika freedoms, the protagonist—an Odessa music school student and Komsomol member—has to choose between his education and his music and makes his choice in favor of the beloved music, associated with the spirit of liberty.

The best music film of 1983 according to a poll in Soviet Screen magazine.