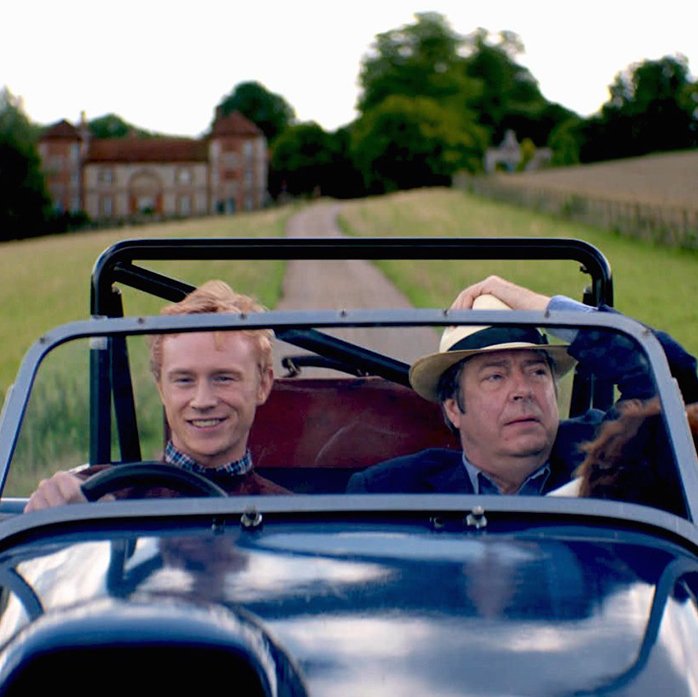 One of this summer’s most anticipated films is the first film adaptation of Steven Frye’s prose, based on the famous British writer’s 1994 novel of the same name. The plot is based on a paradoxical detective story: asked by his god daughter, the protagonist heads to her uncle’s country house to investigate a series of miraculous events.

Ted Wallace, nicknamed The Hippopotamus and played by Roger Allam, is a charismatic loser: a poet and a booze lover, who hasn’t written a line in many years, earns his living as a theatrical critic and, at the start of the film, is sacked for a tipsy brawl. Soon afterwards, however, daughter of his ex-girlfriend, who had been dying of leukemia, claims that she has been cured at her uncle’s manor in Norfolk, and asks Wallace to learn what kind of miracles are going on there.

The dramaturgical unity of space, typical characters (a former minister and a TV producer, a theatrical director and a businessman, accompanied by their eccentric wives and teenage kids), as well as the mystical healing of Lady Logan, one of the guests, and even a horse named Lilac all combine for a sardonic parody on classical detective stories a-la Agatha Christie. The quintessence of the genre is the climax, where Ted, remaining the only rationally thinking person, brings all characters together in a large room—to finally reveal “the great Swafford Hall mystery”.

The film will be screened in Native with Russian subtitles.
The event is accessible to deaf and hard of hearing visitors.