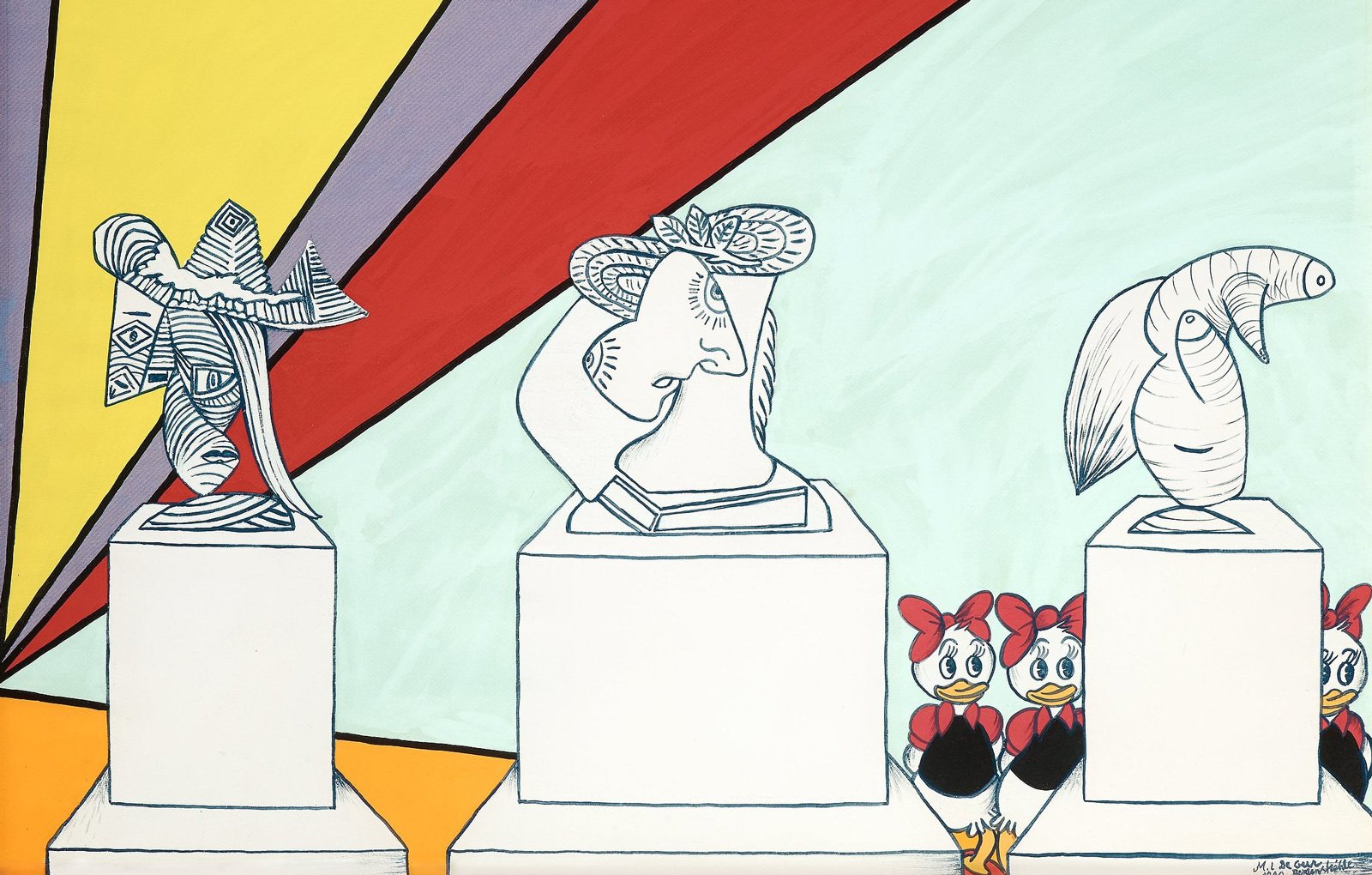 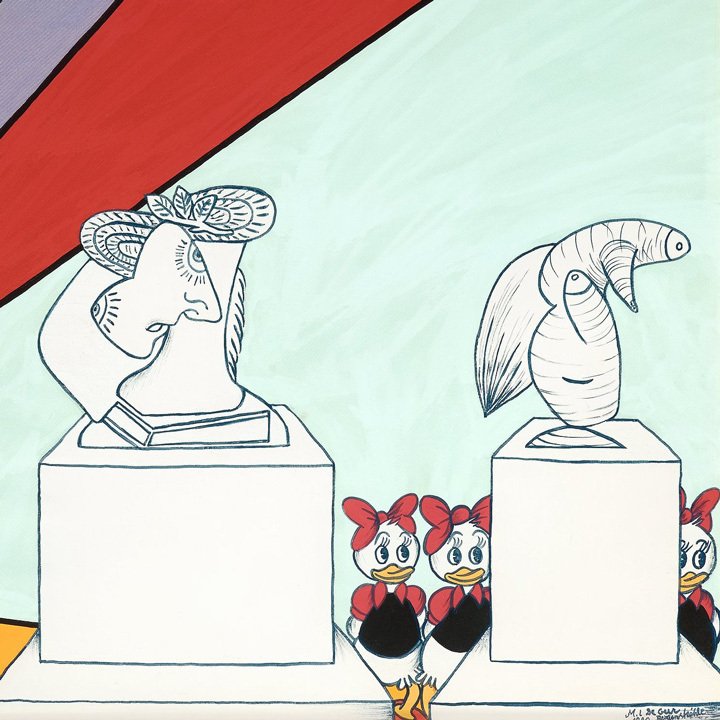 During the public program for the exhibition The Fabric of Felicity curator Maria Lind and artist Marie-Louise Ekman will acquaint the audience with Ekman’s artistic practice and strategy.

Images on garments usually reflect features that we want to help us stand out from the crowd, even if not for long: our sense of humor, our political views, our love for a particular mass culture phenomenon. In her limited series of shirts designed specifically for The Fabric of Felicity, the Swedish artist Marie-Louise Ekman went further and drew an encyclopedia on a garment. The intended wearer identifies themselves with the world and humanity rather than with particular objects or images. This approach is characteristic for Ekman, who rethinks sexual and social roles using the language of comics. Danish researcher Lars Bang Larsen places Marie-Louise Ekman alongside contemporaries who “made the sign ‘woman’ a seemingly endless concept.” Ekman’s work affirms not so much the concept of universal equality as the inalienable right of all people to look ridiculous and to use an important tool for regulating mental health: self-deprecation.

Marie-Louise Ekman (b. 1944, Stockholm, Sweden) is an artist and film director. Since the late 1960s, Ekman has been involved in the struggle for women’s rights on a variety of fronts, from fine art and theater to newspaper op-eds on socially important topics. In 1984, she became the first female professor at the Royal Institute of Art in Stockholm. She lives and works in Stockholm, Sweden.

The lecture will be held in English with translation into Russian. 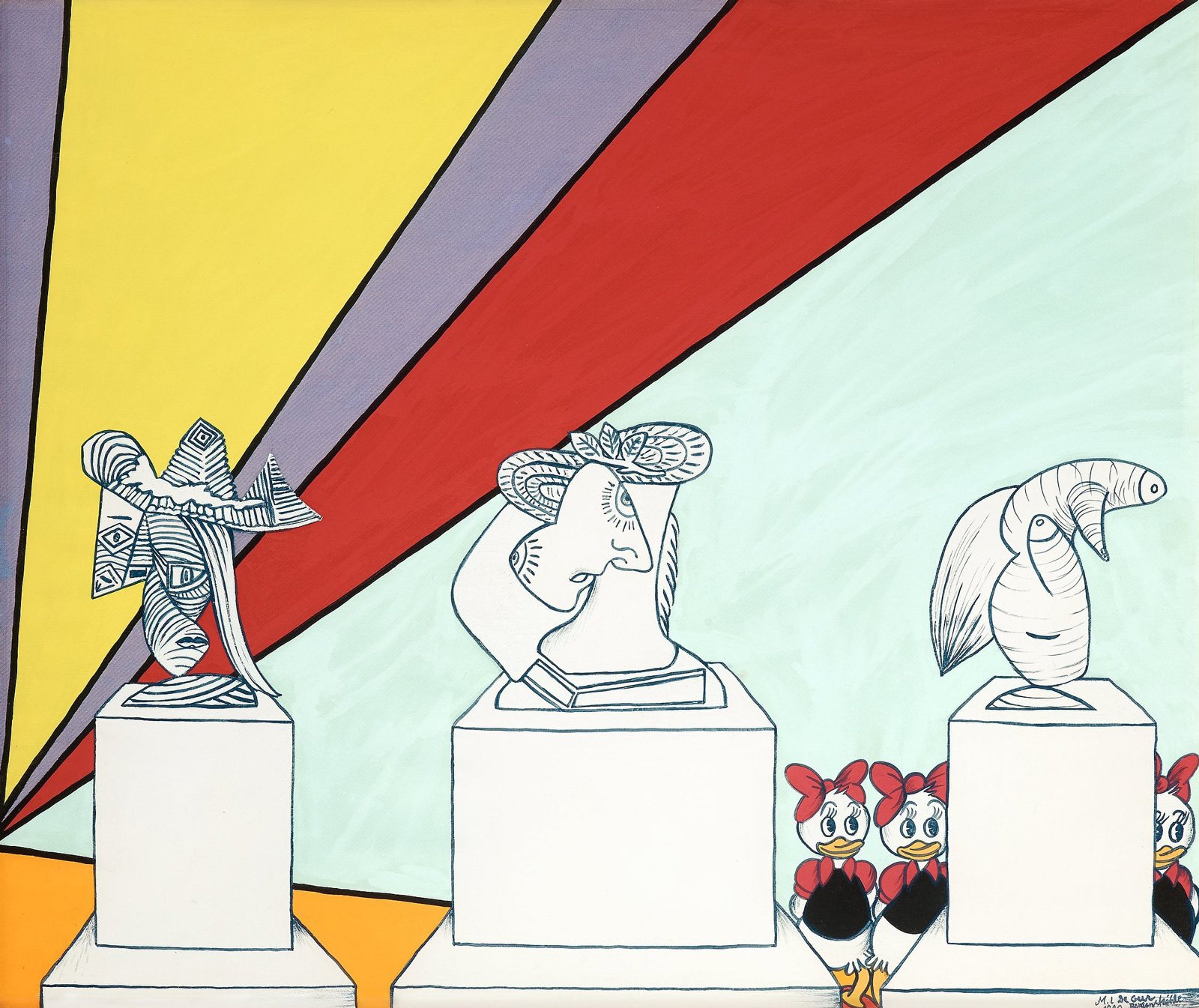