Presentation of Nahum Kleiman's book Studies on Eisenstein and Pushkin 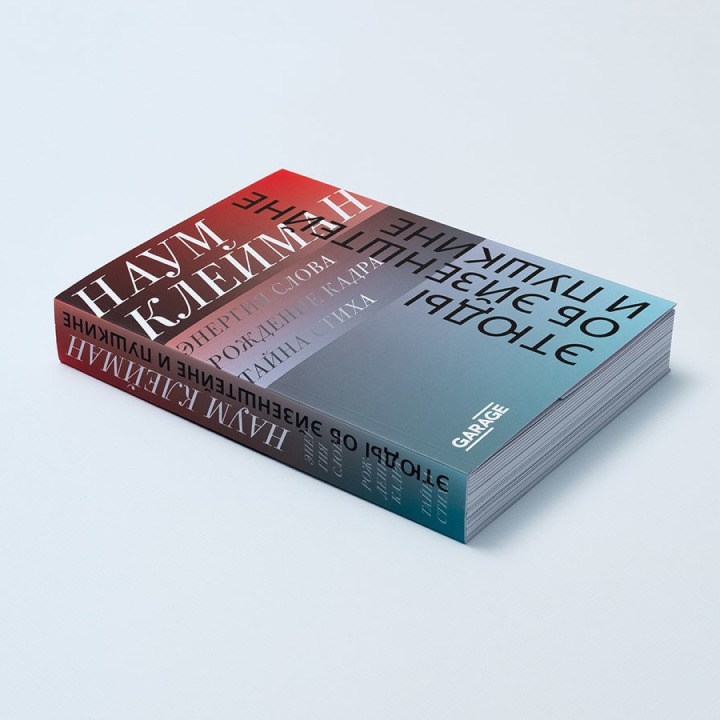 Sergei Eisenstein’s films Battleship Potemkin and Ivan the Terrible, which are covered in the first two sections of Studies on Eisenstein and Pushkin, are classics of world cinema.

They are the subject of numerous books and articles in various languages. There is an entire library of research and commentary on Alexander Pushkin’s Eugene Onegin, the work which Kleiman analyzes in the third chapter. While studying past and present researchers, he has tried to work directly with the texts of these classic works, including drafts as well as the final versions, and with the documents and evidence surrounding them.

The book presentation will take the form of a discussion. Alongside Naum Kleiman will be film historian and translator Natalya Ryabchikova and literary historian Ekaterina Lyamina. Together they will discuss the importance of Eisenstein’s discoveries and reflections in our time (the era of digital cinema and streaming, the global and the local, the age of post-colonialism); how to take a contemporary look at classic and canonical works and names, and the reconsideration of canons; the trajectory of Eisenstein’s practice and theory from Battleship Potemkin to Ivan the Terrible; and the publication of archives and what they can tell us.

On December 14, Garage Shop will be offering 10% discount on the book Studies on Eisenstein and Pushkin.

Naum Kleiman is a film historian. He has written books and articles on the theory and history of cinema and is a specialist in the work of Sergei Eisenstein. From 1992 to 2014 he was director of the State Central Film Museum and the Eisenstein Center in Moscow.

Natalya Ryabchikova, Ph.D. is a film historian and translator. She is scientific editor of the film scholars’ co-op 1895.io, editor of the journal Iskusstvo kino, and a lecturer in the School of Design of the Higher School of Economics. She compiled the books Sergei Eisenstein. Behind the Shot. Key Works of Film Theory and Ivan the Terrible. Eisenstein’s Chronicles.

Ekaterina Lyamina is a literary historian. She holds a Candidate of Philological Sciences degree and is a professor in the School of Philology of the Humanities Faculty of the Higher School of Economics. Her interests include Russian literature from the late eighteenth century to the early nineteenth century and its diverse contexts: the ideological, historical, and social context of the everyday. She has written and compiled monographs, articles, and reference books and also publishes and researches archives, including the memoirs, diaries, and letters of Russian nobles and members of the imperial family.