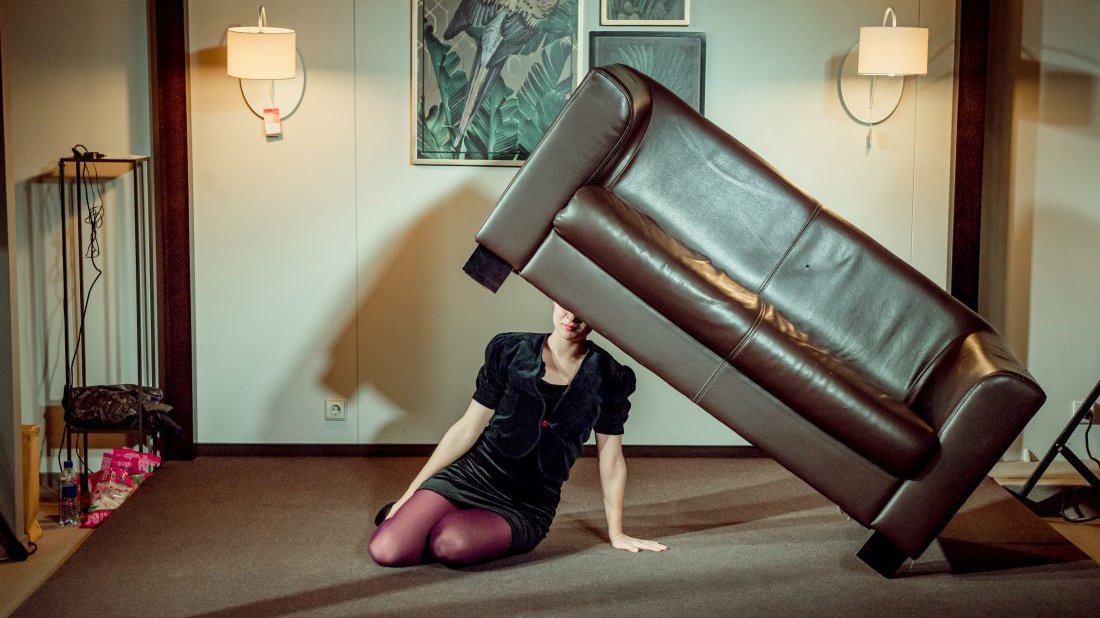 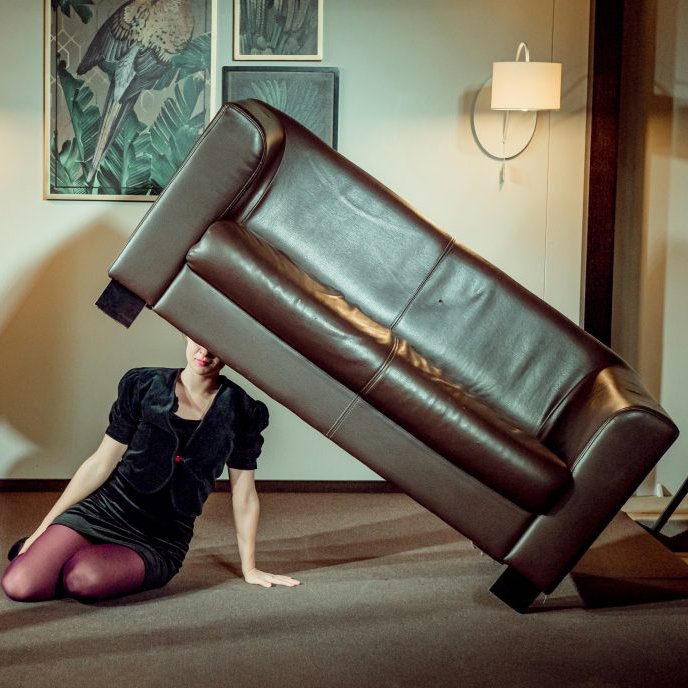 Participants will talk about promoting dance in Russia and the difficulties that dance producers might face.

Russia has no infrastructure to support the development of contemporary dance, and local dance producers are often individual enthusiasts who are willing to contribute their effort. This discussion brings together are some of these promoters and producers. Who are contemporary dance producers and what do they do? What practices and tactics do they use today? How is producing dance in Russia different? Which strategies and practices work in the Russian context and which don’t and why?

Dina Khuseyn is a choreographer and dance activist. She graduated in Ballet from the Choreographic Lyceum (Moscow), Dance Academy Rotterdam, and EX.E.R.CE program in experimental choreography (France) under tutor Mathilde Monnier. Since 2005, Khuseyn has been producing works in the realm of contemporary dance, performance, and contemporary art. Often involved in collaborations with artists, directors and theorists, she also initiates her own platforms, festivals, and research projects. Recipient of scholarships from Jardin d’Europe, DanceWEB, and American Dance Festival. She has worked with renowned choreographers as a dancer, including Tino Sehgal, Loïc Touzé, Anouk van Dijk, Philippe Jamet, Regis Obadia, etc. Her own pieces have participated in many European, American, and Russian dance festivals. Based in France since 2009, Khuseyn visits Moscow while working on projects there.

Elena Tupyseva has been director of Ballet Moscow since 2012, and is a co-founder of TSEKH Contemporary Dance Center. She has previously worked as a manager at Golden Mask Festival and headed TSEKH from 2001 to 2012. She studied theatre production at Russian Institute of Theatre Arts and Law at Gubkin Russian State University of Oil and Gas. She has represented Russia at the European dance performance network Aerowaves since 2000.

Vadim Kasparov has been head of Contemporary Dance at Boris Eifman Dance Academy since 2015. He has launched and organized a number of contemporary dance festivals and projects, including Open Look (running since 1999), Kinotanets (since 2001), Dance 4 Kids (since 2011) and the cycle Look@Dance. He studied at Lesgaft National State University of Physical Education, Sport and Health and in 2004 completed a program in Art Management. In 1997 he co-founded the dance studio Kannon Dance with his wife Natalya, and in 1999 created a dance company of the same name with their first students. Kannon Dance have performed at various Russian and international festivals, including in Finland, Estonia, Armenia, Sweden, Italy, USA, Germany, and Poland.

Anastasia Yatsenko is the programming director at Context. Diana Vishneva Dance Festival and curator of Young Choreographers Contest. She is a Distinguished Artist of Russia and a teacher. Yatsenko studied at the Moscow State Academy of Choreography and from 1991 to 2003 was a soloist at the Bolshoi Theatre, where she danced leading parts in classical ballets Cinderella, Giselle, Don Quixote, The Nutcracker and Anyuta, and took part in neoclassical performances by Alexei Ratmansky (Capriccio, The Bright Stream, Bolero, The Bolt), George Balanchine (Rubies, Symphony in C, Agon, Serenade, Tarantella) and William Forsythe (Herman Schmerman). At the Bolshoi, she was also the assistant of choreographers Christopher Wheeldon, Alexei Ratmansky, George Balanchine, Nacho Duato, William Forsythe, Mauro Bigonzetti, Wayne McGregor, Mats Ek and Jiří Kylián. In Diana Vishneva’s On the Edge she collaborated with Jean-Christophe Maillot and Carolyn Carlson.

Ivan Estegneev is the art director of Dialogue Dance contemporary dance school and company in Kostroma, Russia, as well as a director, performer, and producer for the same company. He studied at the School of Theatre Leaders in Moscow (project supported by Moscow City Department of Culture) and in 2015 was on the jury at Golden Mask Theatre Award. He is the art director of Diversia—a festival of contemporary dance duos—and Stantsii—an independent performance art platform in Kostroma. As a choreographer, he has collaborated with some of the biggest Russian directors and theatres, including The Gogol Center, The State Theater of Nations and Meyerhold Center. From 2016 to 2020 he was an invited choreographer for the performances of Grzegorz Jarzyna in Russia, Poland, and China. He has been collaborating with the Theatre Union of Russia since 2018 and is one of the organizers of Dialog Lab physical theatre studio in Moscow.

Veronika Chernysheva is a producer and marketing expert in culture, founder of the project Pro Dvizhenie and an online school for dancers and choreographers, curator of the education program Contemporary Dance Production Practice. She is a representative of the Franco-Russian festival DansePlatForma. From 2013 to 2019 she ran Pro Dvizhenie Festival of Contemporary Dance. She studied at the Moscow State Institute of International Relations and holds a Doctoral Candidate’s Degree in political science.

The event is free and will be broadcast on YouTube. 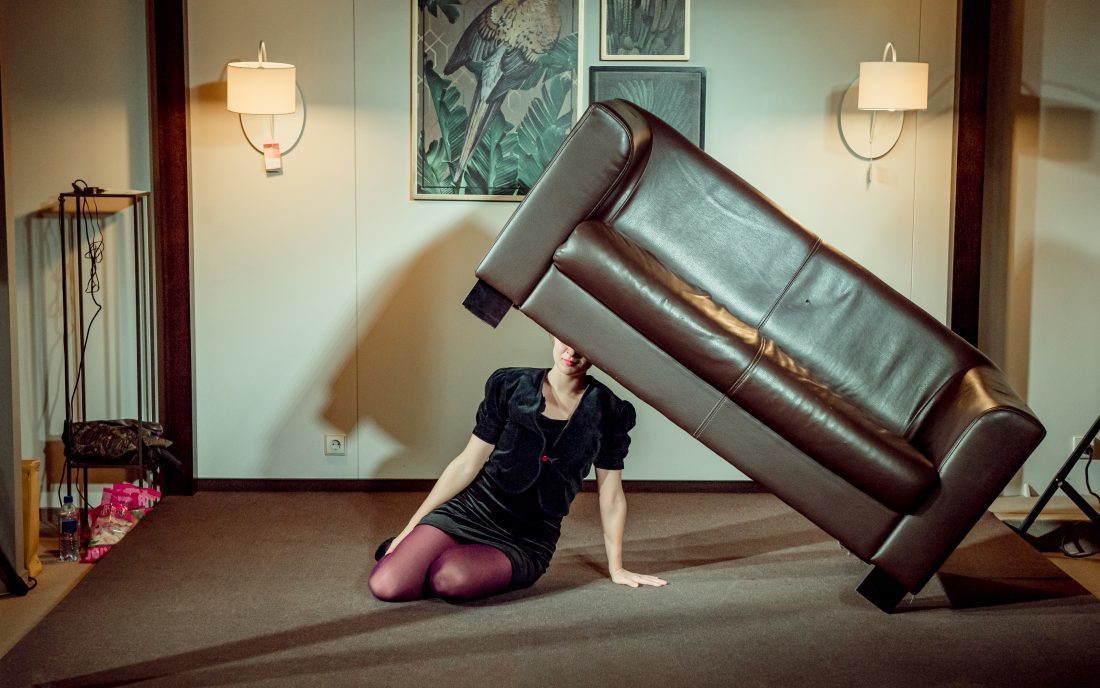 Go to event
The Art of Dance. On the Path to Self-Identification