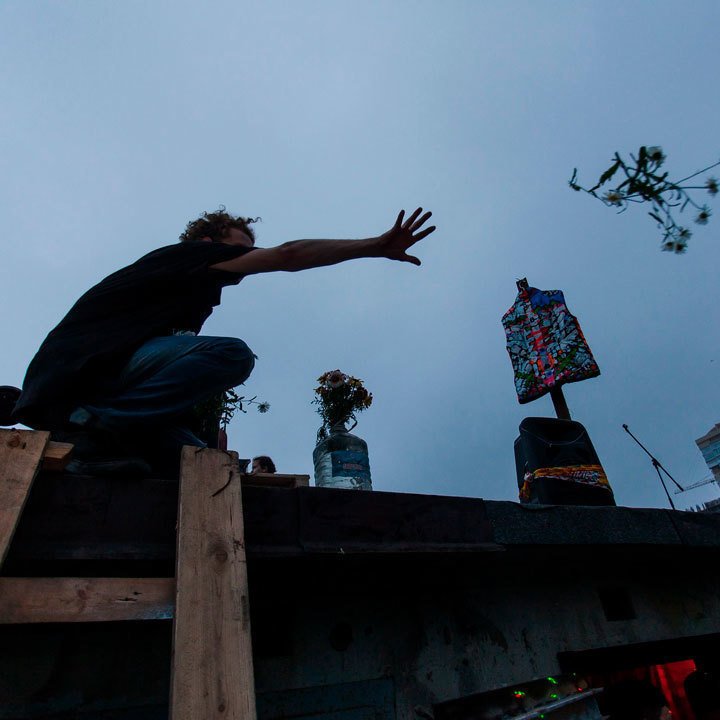 The exhibition in Vladivostok completes the three-year journey of the Open Systems project. During this time, the exhibition has been held in seven cities, and twenty-nine initiatives have been added to the initial research.

The goal of the Open Systems project is to identify various types of artistic self-organization, their characteristics and regional specifics outside of large institutions and habitual museum formats. Artistic communes and creative workshops, "apartments" and street assemblies—all these and many other versions of self-organized art communities were conditionally divided into four groups depending on the place where the exhibitions, promotions, and other events took place.

In Vladivostok, the exposition will be supplemented with materials on Far Eastern non-commercial initiatives. Artists' street festivals and apartment displays, exhibitions in factory workshops and underground passages reflecting the obvious desire of young artists to achieve autonomy and work independently of public or private institutions of activity.

The exhibition features such self-organizations as Vladivostok School of Contemporary Art, Korobka Centre Of Everything, the Yakut artists' project #ArtBox, and CHICKEN ZIN from Khabarovsk, as well as Vladivostok’s 3kp, Caesar And The Triple Total Studio, Far Eastern Homewreckers, and Fashion Yurodivy.

Vladivostok School of Modern Art is an educational self-organization, uniting in 2015 not only artists, but also personalities with the potential of curators and critics. Korobka Centre Of Everything is the apartment of Natasha Korobka, which she has provided as an exhibition space for the artists of her circle. #ArtBox—an annual exhibition in Yakutsk, organized by artists for artists. Khabarovsk will be represented by artist Vlad Lukyanovich, who created CHICKEN ZIN—a printed publication serving as a platform for the utterance of several artists from all over the country.

The group 3kp ("Three cool guys") practiced graphics, street and video art from 2006 to 2011, and subsequently broke up into independent art units (Alexey Sukhov) or other collectives ("Quadrolamp"—with the participation of one of the founders of 3kp George Kosenko). Caesar And The Triple Total Studio—a project of Alexei Krutkin, transformed from design work into artistic practice. Far Eastern Homewreckers and Fashion Yurodivy—initiatives of Tatyana Olgesashvili, which together with like-minded people practice performative and socially oriented formats of interaction with the audience, and also performs with concerts and displays of clothes, involving more and more artists from Vladivostok and other cities.

The public program for the exhibition includes concerts by Korobka Centre Of Everything and Far Eastern Homewreckers, reading groups and discussion with participants of self-organizations.