International Competition. Program: In the Ritual of Remembering 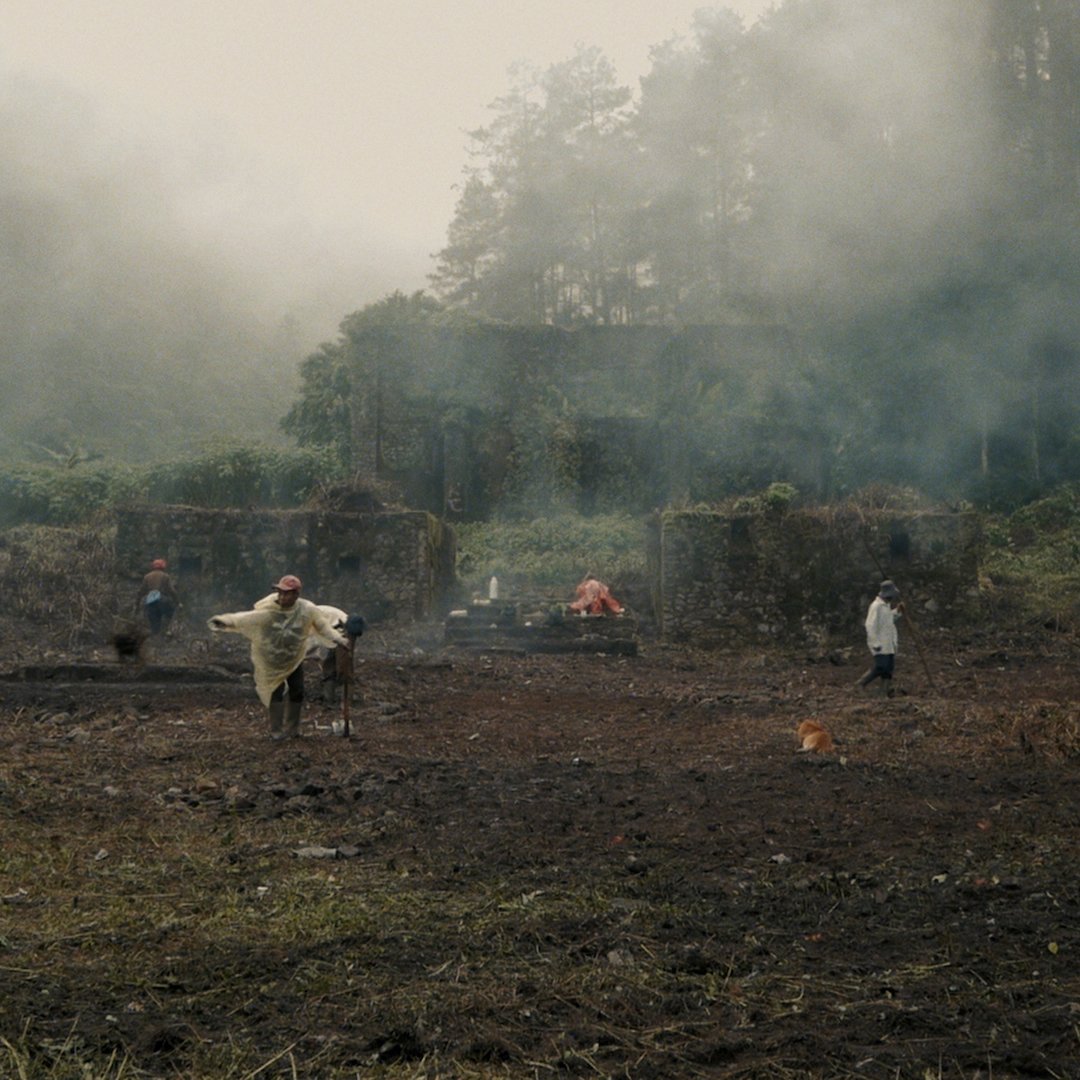 Memory is a fluid and unstable substance filled with gaps, distortions, and substitutions. The dominant ideologies use these lacunas to construct a social reality, where the privileged narratives drive out and repress the weaker or the embarrassing ones. But the memory of the past can also be a source of knowledge that can help us resist this pressure and search for our own place in history. Directors featured in The Ritual of Remembering explore intersections between cultures, power structures, and layers of time—and invent rituals to discover common ground in the circulation of artifacts and the web of collective memory.

On May 5, 1923, the Dutch East Indies government celebrated the opening of a new radio station in West Java. It was called Radio Malabar. In March 2020, the local government of Indonesia (which received independence from the Netherlands in the 1940s) plans to reactivate the station as a historical site and tourist attraction. Riar Rizaldi investigates what happened between the two dates, raising questions of decolonialization, technology, and the historicity of communication. His film-essay touches upon the invisible power of indigenous ancestral, the role of mountains in the country’s history, and colonial ruins as a geoengineering tool.

During the 2020 global pandemic, director Lynne Sachs and her daughter Noa collaborated with poet Anne Lesley Selcer to create Girl is Presence. In an uncertain and anxious domestic atmosphere, Noa’s heroine tirelessly arranges and rearranges a collection of small mysterious objects that illustrate a poem, voiced off-screen, based on a disquieting list of nouns borrowed by Selcer from Georges Bataille’s essay The Solar Anus. The set of actions performed by the girl resembles a ritual and resonates with the tone of the poem, devoted to the problems of representation, power, and gender.

The Bearers of Memories

Tuvans believe that the past is in front of us, and a person can see the life they have lived before their own eyes. One of the meanings of the word “future” in Tuvan is “to return,” since it is impossible to see future events. In order to face the future, you need to move blindly backward. This is how each new moment contributes to our baggage of memories. But memory sometimes fades, and that little that remains becomes hazy. Miglė Križinauskaitė-Bernotienė’s experimental documentary raises the problem of the erosion of memory and sense of time.

The film will be screened in Lithuanian with Russian and English subtitles.

Tonalli is an abstract shamanic composition in three parts. The opening one, dealing with the preparation for a Flower war (Xochiyáoyotl), is followed by images of a ceremonial brazier (Tlecaxitl), where Xolotl, the god of heavenly fire and protector of the sun, emerges in his turbulent opacity. Finally, Tonalli itself opens up to the eye—a solar irradiation that manifests in the world as the flowing cosmic blood in which all beings are immersed. A Mesoamerican spell in action.

The new film by Barbara Wagner and Benjamin de Burca references the oeuvre of Irish director Bob Quinn, whose productions in the 1980s were dedicated to deconstructing the hegemonic Eurocentric imaginary and exposing the role that North African cultures played in the formation of Irish culture. The film is in two parts: the first unfolds in a luxurious seventeenth-century Anglo-Irish colonial estate, the second, in a stately nineteenth-century mansion located in the center of Marseille. Each of these houses has retained the atmosphere of the nobility’s privileged life, the history of which has become the property of the public today thanks to museumification.

The film will be screened in English, Gaelic, French, Occitan, and Arabic with Russian and English subtitles.