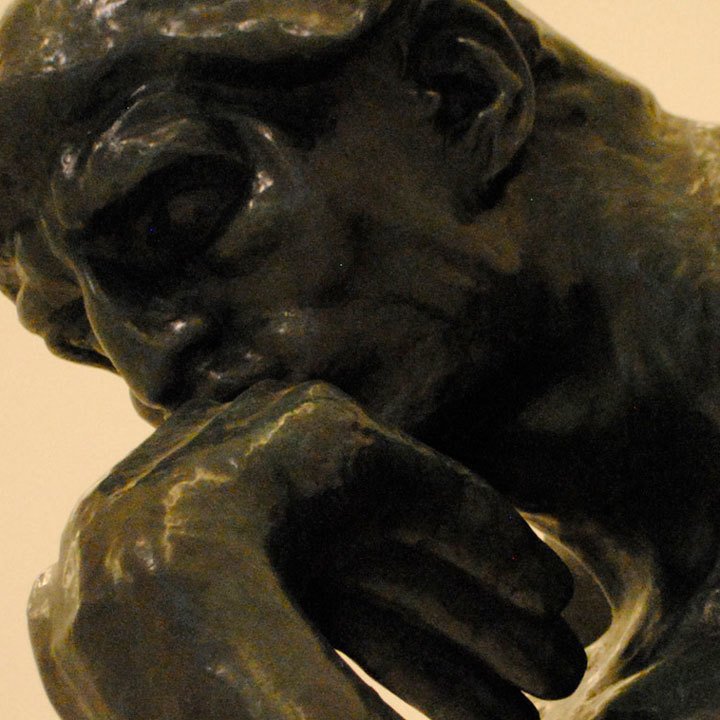 The lecture traces the development of thinking—one of the greatest tools humanity has at its disposal.

In the myths of Ancient Greece, humans never become heroes, but are born so by the grace of gods. The hero’s thoughts and feelings do not matter, as his life and feats are nothing but manifestations of his pre-determined fate. Myths enabled people to maintain adhere to a particular culture, but Ancient Greeks also discovered that humans could be subjects acting of their own accord. That was when humanity realised the uniqueness of each man and woman—and their responsibility for their actions in the world. The development of free thought required a transition from myth to logos—or from the word that one needed to believe to the word that one had to understand, and therefore doubt. It was doubt that allowed Descartes to formulate his famous, "I think, therefore I am."

"[T]he very same thoughts (presentations) which we experience when awake may also be experienced when we are asleep, while there is at that time not one of them true, I supposed that all the objects that had ever entered into my mind when awake, had in them no more truth than the illusions of my dreams. But immediately upon this I observed that, whilst I thus wished to think that all was false, it was absolutely necessary that I, who thus thought, should be somewhat; and as I observed that this truth, I think, therefore I am, was so certain and of such evidence that no ground of doubt, however extravagant, could be alleged by the sceptics capable of shaking it, I concluded that I might, without scruple, accept it as the first principle of the philosophy of which I was in search"

(René Descartes, Discourse on the Method, 1637)