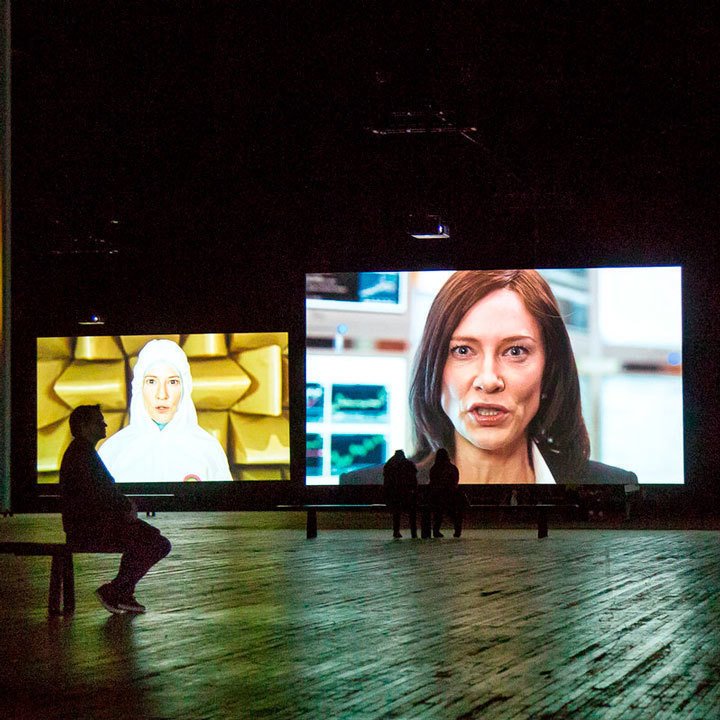 In the year of its tenth anniversary, Garage Museum of Contemporary Art will show the best films about art and modern culture during Garage Screen Film Festival, which will take place in ten cities in Russia and CIS. In Saint Petersburg, Kazan, Ekaterinburg and Nizhny Novgorod the festival will be supported by the Museum’s partner—UNIQLO. The screenings in Belgorod will be included in the program of the art festival ART-OKNO and will be held jointly with the patron of the educational program of the Museum—The Art, Science and Sport Charity Foundation.

From the time Garage Museum of Contemporary Art was founded, it has been introducing its audience to the current state of Russian and foreign art, culture, and cinematography. The Museum does not limit its work only to the city of Moscow and is establishing partnerships with a number of regional exhibition institutions since the goal of the Museum is to create a single cultural space that can provide access to the knowledge of contemporary culture to everyone. The Museum's regional program includes exhibitions, public events, professional training events, and concerts that will take place in all federal districts with the involvement of the Museum's partners. In 2017, the Museum held the Triennial of Russian Contemporary Art, the first regular exhibition in the country aimed at exploring art throughout the country.

All the films will be divided into two sections: “Art in cinema” and “Cinema in space and time”

The section “Art in cinema” includes six documentaries about the lives of outstanding contemporary artists as well as narrative films about different artistic practices. Among them, there are very unlikely films such as indie drama Columbus, where the story unfolds against the background of monuments of modernist architecture; a film-performance by Lukasz Ronduda A Heart of Love about the life of the modern Polish artistic underground; a festival blockbuster by Julian Rosefeldt Manifesto starring Cate Blanchett.

The section “Cinema in space and time” is a compilation of modern experimental cinema containing nine films. Viewers will be introduced to statements by authors on acute public topics as well as to reflections on the nature of art, including a poetical video essay El Mar La Mar about the experience of a long stay in a desert; a documentary chronicle Austerlitz by Sergei Loznitsa about the possibility of preserving the memory of the Holocaust tragedy in the Nazi concentration camps turned into museums; Dawson City: Frozen Time by Bill Morrison, in which a story about the Gold Rush is intertwined with the history of cinematography.

The festival will also introduce the public to the works of Russian video artists filmed in the recent years. The works of Eugene Granilshchikov, Polina Kanis, and the groups Provmyza and Volnye Prostory combine an analytical approach to the video image, a distinctive mark of contemporary art, with cinematic imagery.

Film screenings at the Victoria Gallery and Khudozhestvenny Cinema, Samara

Film screenings at the Smena Center for Contemporary Culture, Kazan