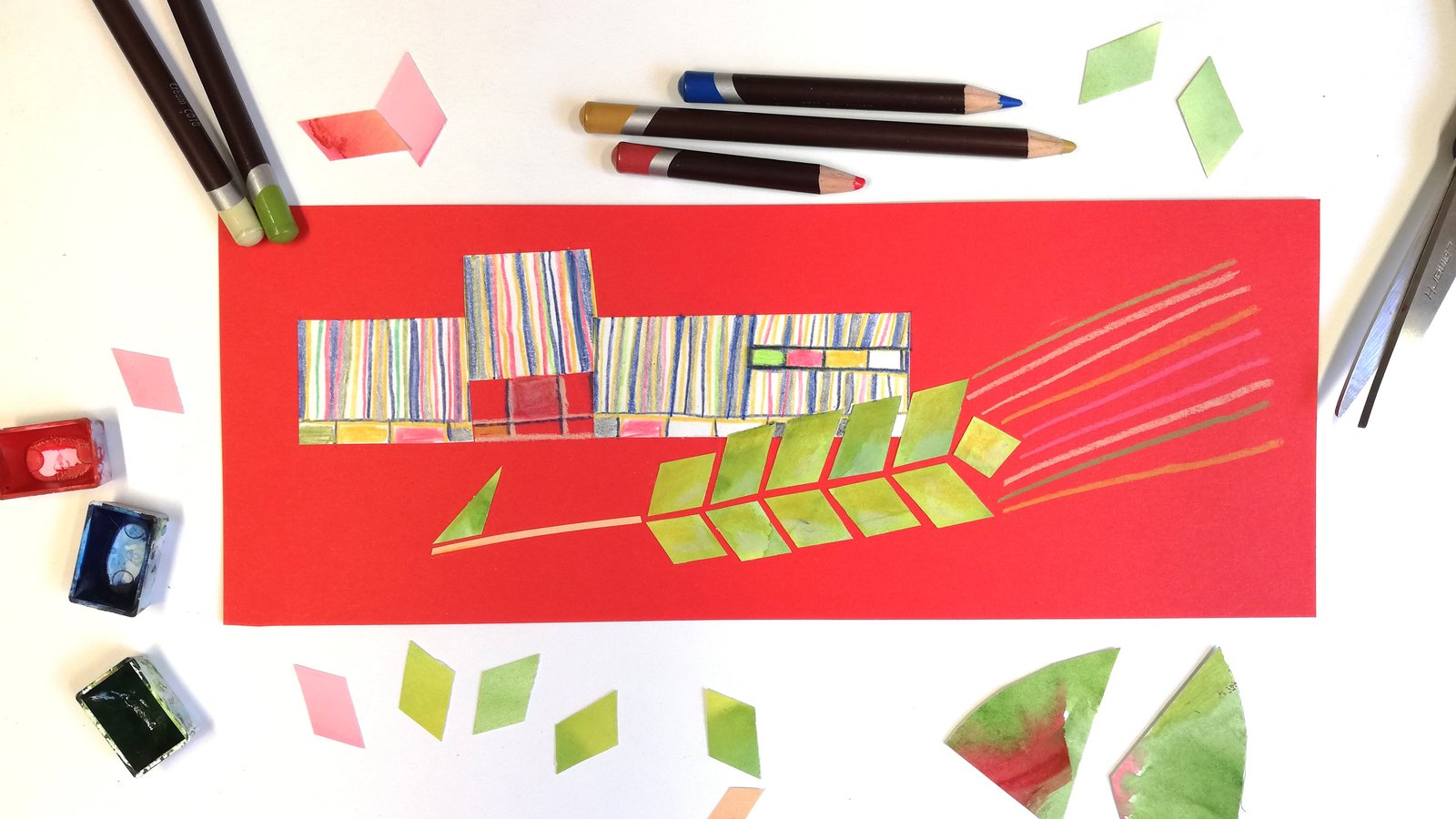 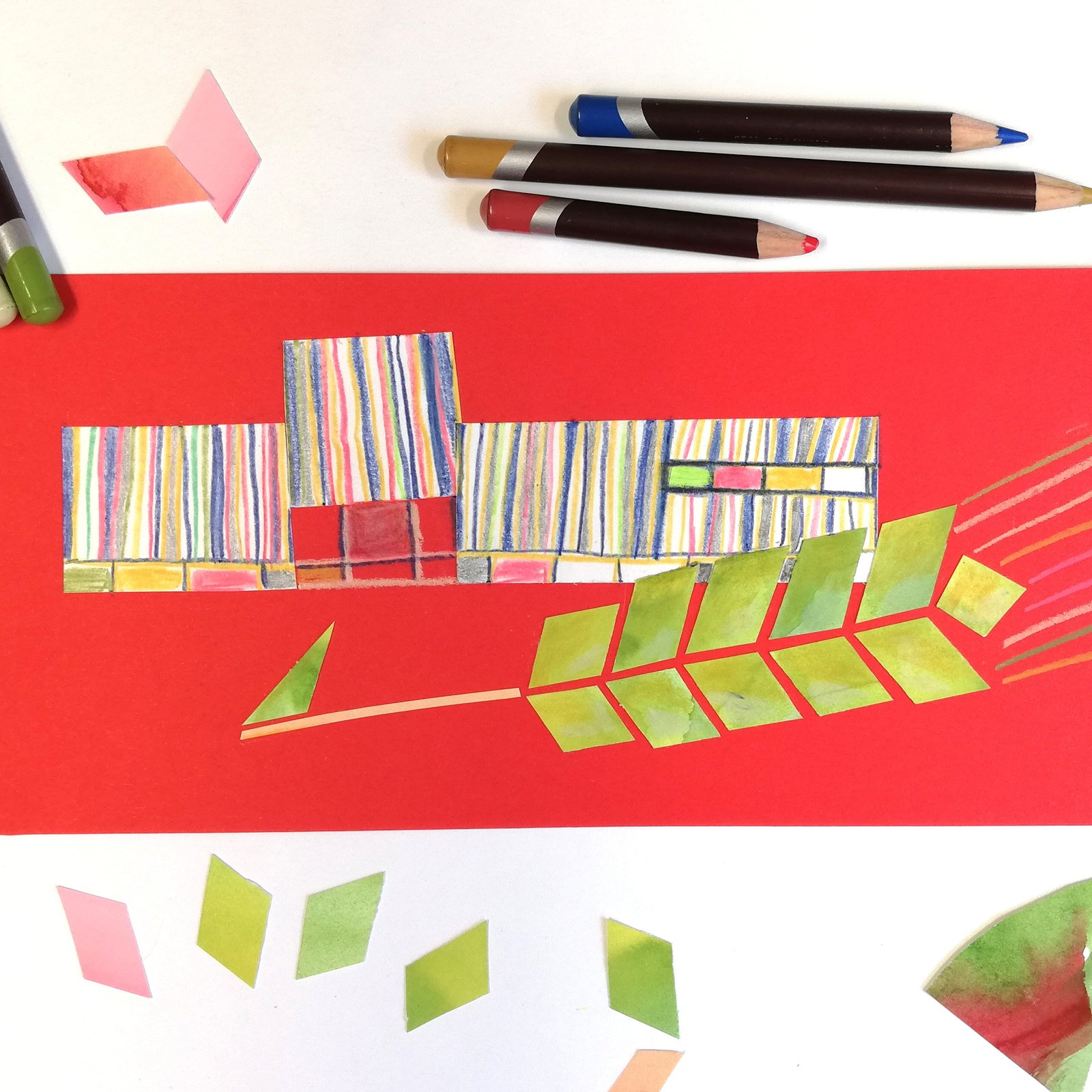 Garage Museum of Contemporary Art and Tselinny Center for Contemporary Culture, Almaty, invite participants to a walk around the studios of Russian and Kazakhstani artists.

What makes up the life of contemporary artists? Which topics do they choose to explore artistically? Participants will have the opportunity to “visit” an artist, learn more about them and their practice as well as make something with their own hands.

By blurring boundaries, the open online workshop format allows teens to find themselves in both places—Garage in Moscow and Tselinny in Almaty—simultaneously.

Free with advance registration.
Sessions are in Russian.
Link to the Zoom session will be sent via the email indicated upon registration.
Teenagers aged 13–19 are invited to take part.
Class time is standard Moscow time.

“Inventing a Metaphor” with Madina Zholdybekova

Madina Zholdybekova is an artist and illustrator, author of illustrations for iPad games at Rocketfirm, and the cover of the popular science magazine for schoolchildren OYLA (which is published in Russia under the name Dumai (Think). Kazakhstan-born Madina previously lived in Instanbul and is currently based in Germany. She draws illustrations and comics “catching” characters in parks and cafes and is raising a son.

Materials you will need for the workshop

Theater under Cameras with Anna and Vitaly Cherepanov

An ongoing project launched by Anna and Vitaly Cherepanov in 2014, Theater under Cameras is a series of videos shot on city webcams. In 2019, the project was shortlisted for the Innovation Prize—Russia’s state award in contemporary art. Most of the videos document the Cherepanovs’ own performances, but some of them have captured other people, animals, or weather phenomena.

The artists will present their videos and speak about the making of Theater under Cameras, explain how similar videos can be produced, and offer several simple scenarios for collective actions or performances that can be shot using a program. Three days after the workshop, participants will be sent a link to an edited video.

Anna and Vitaly Cherepanov work as a duo as well as independently under various names, including Cick in Dunt, Tagil Group, Yugo-Zapad [Southwest], and Beskonechny Chastny Sektor [Endless Private Sector]. Their practice encompasses performance, video art, installation, street art, and painting. They are known for their self-organized projects involving many other artists as well as for their research into art communities and street art. They collect works by contemporary artists and have taken part in the 4th and 5th Ural Industrial Biennials. They live and work in Yekaterinburg.

A Journey through Nizhny Novgorod Art with Artem Filatov

Artist and co-author of the book A Brief History of Nizhny Novgorod Street Art Artem Filatov invites participants to plunge into the context of contemporary street art in Nizhny Novgorod and make a virtual trip around Tikhaya studio to get acquainted with its residents, watch a silk screen printing machine in action and engage in an art project!

Artem Filatov (b. 1991, Nizhny Novgorod) is an artist and curator. Author of installations and projects developed through the interaction with the history and cultural landscape of Nizhny Novgorod, including the festival Nizhny Novgorod: The Ancient (2014–2016) and the exhibition Back Home (2017). In 2019, Filatov and the artist Aleksey Korsi launched the project Sad im. (Garden named after) on the territory of the Nizhny Novgorod crematorium. Recipient of Garage Museum of Contemporary Art’s grant in support of emerging Russian artists (2016), a Cosmoscow Art Fair award, and winner of the All-Russian contemporary art competition Innovation Prize in the Regional Project nomination (2018). He lives and works in Nizhny Novgorod.