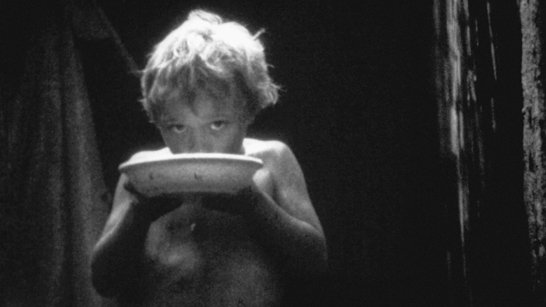 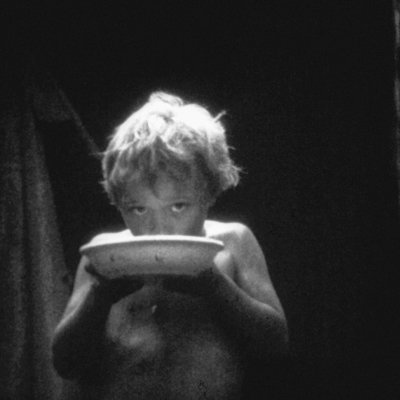 Stories of people living at the bottom, excluded from society, beyond the norm and its language, combine into a narrator’s letter to his unborn son—an intimate and philosophical message raising anew some of the key questions regarding human life on planet Earth. Artur Aristakisyan’s visually radical yet ultimately delicate film fuses document with fiction, and dream with revelation. The picture will be screened on 35mm film.

Artur Aristakisyan filmed Ladoni (Palms) in his native Chisinau during perestroika, at the time of the tectonic breakdown of epochs, in a distorted and unreal space made of faults and ruins. At the same time, it was a timeless realm nondependent on social and political circumstances, a realm that is inherently present in any era but remains hidden from sight, invisible, pushed to the periphery of vision.

In Aristakisyan’s picture, fictional plots and expressive portraits of the disabled, homeless, beggars, lepers, and all those living outside of the norm and society grow into a monumental fresco depicting a naked man on the bare Earth. Its vanguard and revelatory (deriving from “revelation”) imagery emerges on the junction of muted documentary footage and a lyrical narrator’s text, on the border of rough reality and sublime parable, intimate confession and surreal dream.

Technical partner of the screening: Kinoperedvizhka.

Artur Aristakisyan is a filmmaker, screenwriter, and author. Since 2012 he has run his own directing laboratory at the Moscow School of New Cinema.