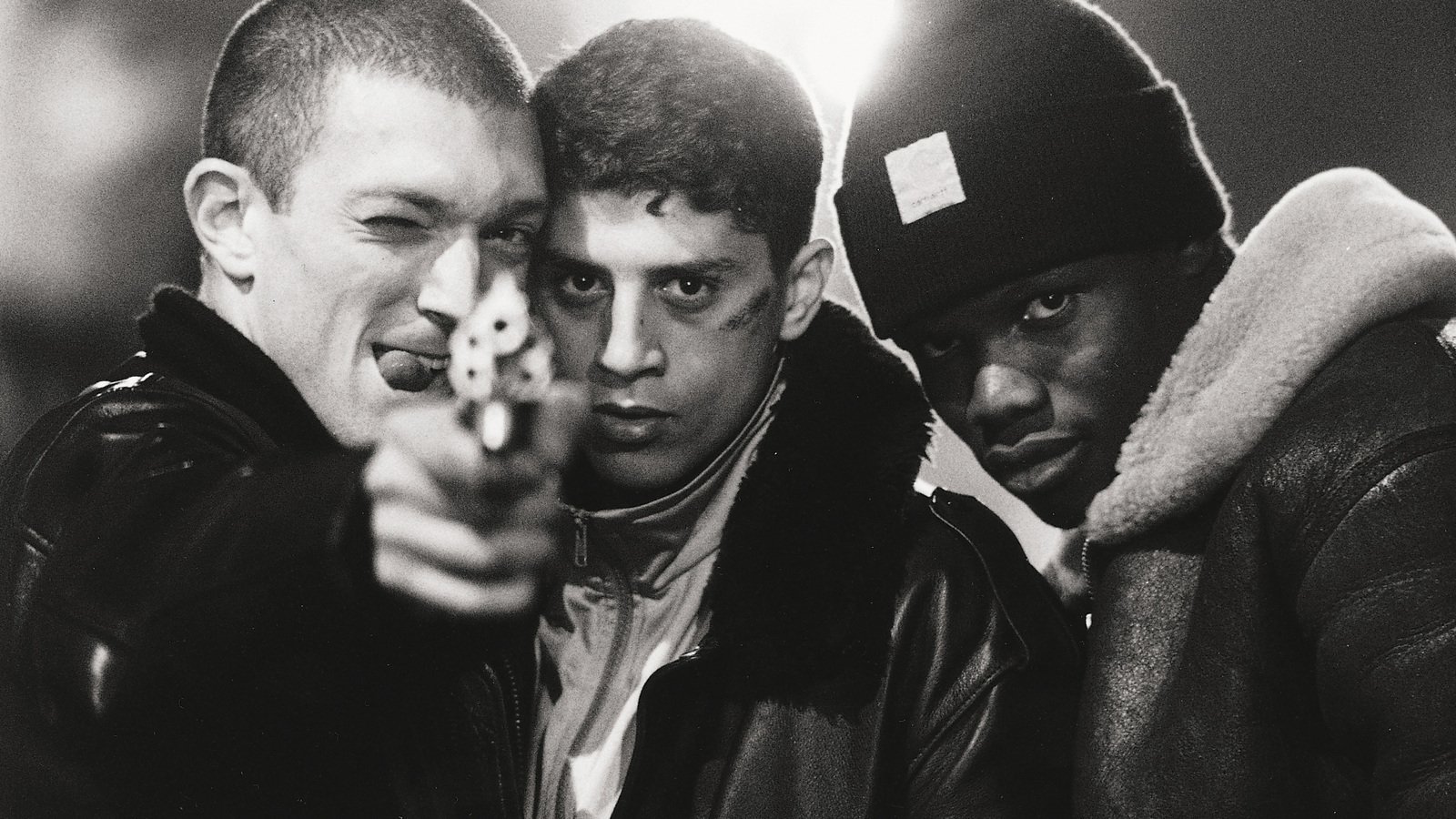 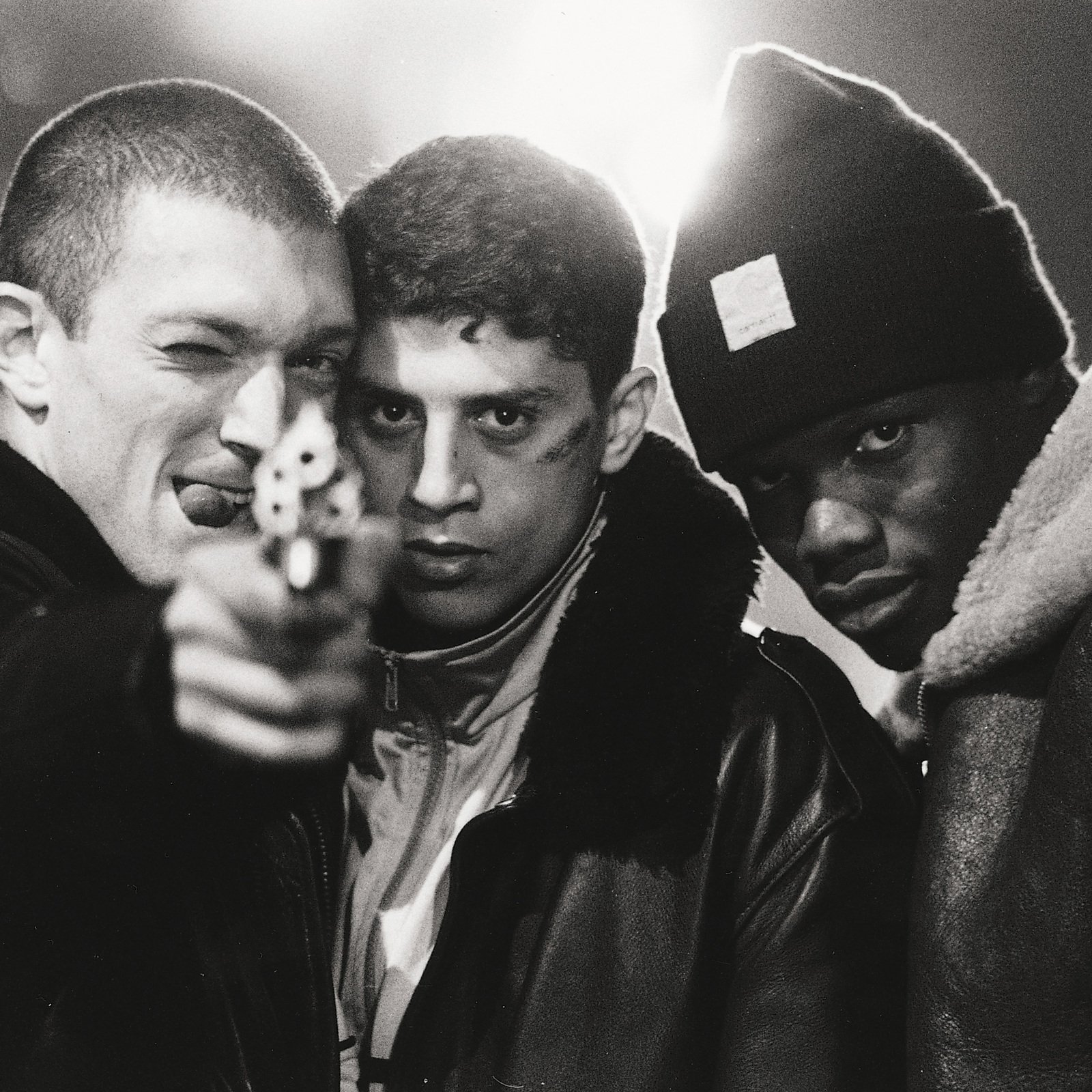 “A cult thriller about the circle of violence filled with comedy and drama.”

Structurally, La Haine is a collection of dramatic and comic episodes from a day in the lives of three hoodlums: encounters with the unstable and armed cocaine addict nicknamed Asterix and a very drunk man played by the star of French cinema Vincent Lindon; the unforgettable story told by an old GULAG survivor in the men’s room; an accidental visit to a contemporary art exhibition that ends in a class conflict… poetic moments, such as “I feel like an ant lost in intergalactic space” pronounced by Vinz. Apart from all their jokes and bravado, the protagonists’ lives are overshadowed by threats from skinheads and racist power-abusing police. When the two poles collide, violence erupts: there is a reason why the film is dedicated to all those who died at the time of its making.

Using vertigo and split diopter effects, Kassovitz masterfully stylized the image to reference Hitchcock and de Palma’s classics and created a film as cinematically inventive as it was socially conscious. For the masterpiece, in which the director himself appears in a skinhead cameo, Kassovitz was compared to Spike Lee. As relevant today as at the time of its making, La Haine has inspired an entire wave of urban films by Abdellatif Kechiche, Jacques Audiard, and Ladj Ly.