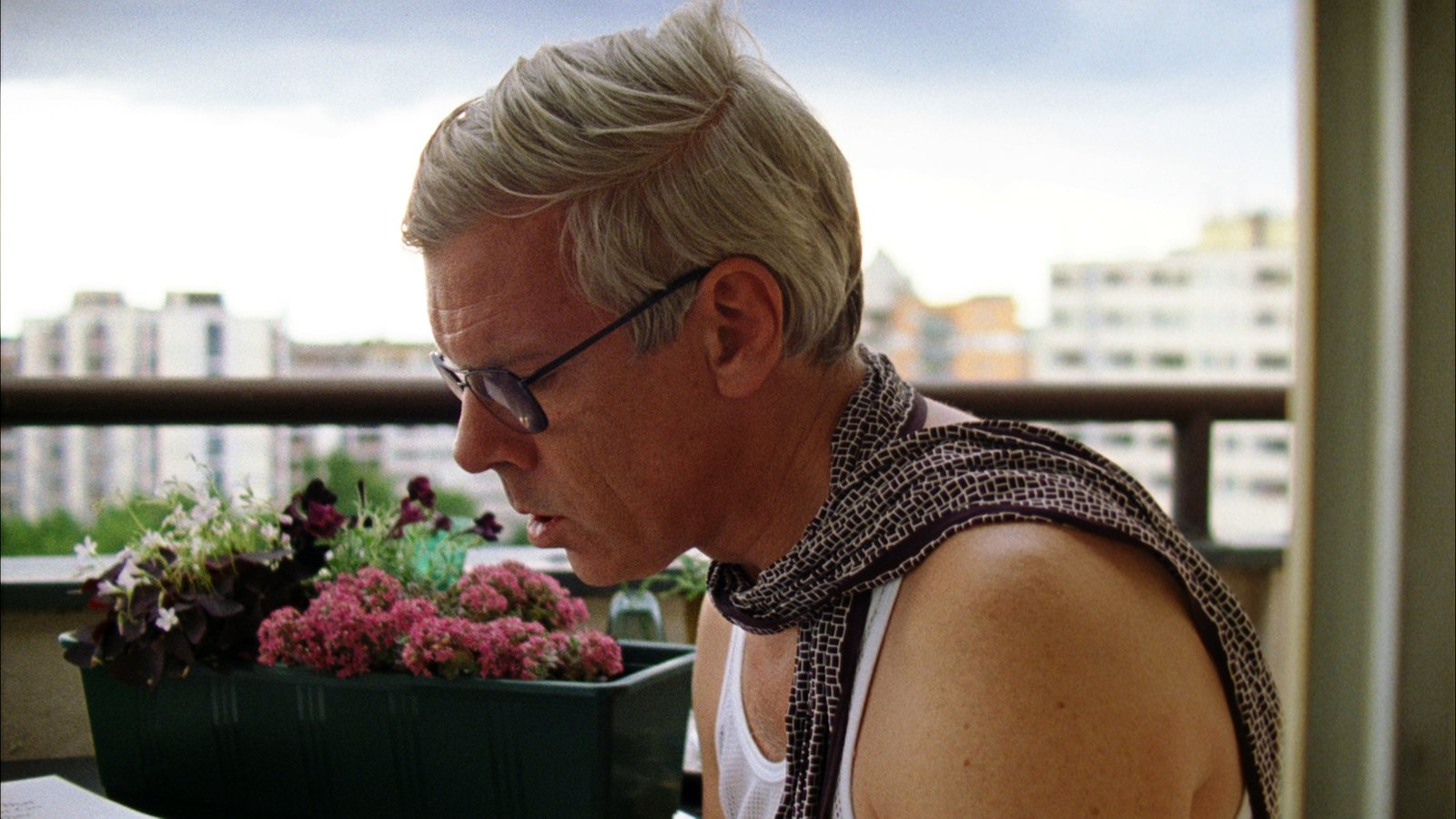 An odd-looking European man wrapped in a Roman toga waters his flowers and goes for a morning run, listening to Jay-Z. He gets dressed, puts on a fancy scarf, and cycles around Berlin and its outskirts, meeting friends. This Gentleman is Karl Holmqvist, a Swedish artist and poet who lives in Berlin, and the film presents a day in his life recorded by the Thai artist Rirkrit Tiravanija.

In 2015, Garage showed the first exhibition by Rirkrit Tiravanija in Russia. Tomorrow is the Question invited visitors to get involved in a variety of leisure activities, such as playing ping-pong, printing t-shirts, and cooking dumplings. Known for his relational-aesthetics projects, Rirkrit Tiravanija has shot not so much a documentary biopic but an atmospheric film about Karl Holmqvist's perfect day. The camera follows him playing with a Venus fly-trap in the garden of the Dada artist Hannah Höch, recreating a performance by American conceptualist artist Martha Rosler on his balcony and writing poems on the walls of his apartment. In the evening, he flirts with a young Moroccan man in a bar and takes him to a multinational party with his friends—artists Klara Lidén from Sweden, Heague Yang from Korea, and Shimabuku from Japan, and American musician Arto Lindsay. In this film, art is closely interwoven with life and expands into it, as if there were no borders between them. Tiravanija even follows Holmqvist up the ten flight of stairs in the block of flats where he lives to shoot the graffiti that cover its walls.

The film will be screened in English and Swedish with Russian subtitles.