Deaf Cultures in Russia and the USA: The Role of Sign Languages. A lecture by Viktor Palyonny 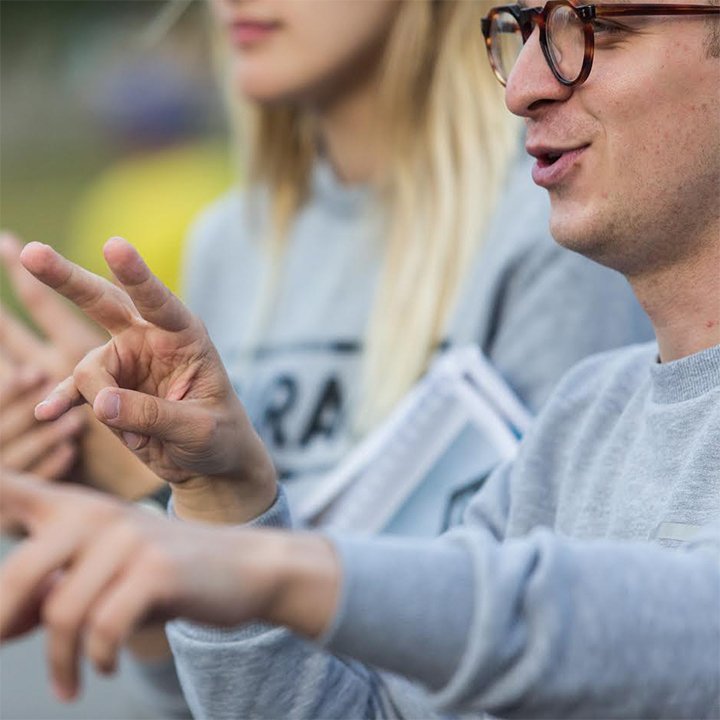 Viktor Palyonny will speak about the beginning of the deaf culture in the USA, the culture’s ‘entry requirements’ and the current strategies of its development in Russia and America.

Professional teacher and journalist Viktor Palyonny, who reads part of Garage’s museum guides training course for the deaf, will explain why sign languages are essential for entering the deaf community. For a long time, the use of sign language was prohibited and it was not until the 1960s that American linguists concluded that it was an adequate communication system. Since that discovery, sign languages have been increasingly regarded as a valid alternative to spoken languages, and deafness as a ‘cultural phenomenon,’ while the deaf community around the world has been developing a cultural identity of their own.

Although, as any other sign language, Russian Sign Language (RSL) is a separate linguistic system with specific grammar and vocabulary that has been forming over centuries, it was recognized by the Russian state as a means of interpersonal communication only in 2012. This status change has raised public awareness of the deaf culture.

Garage Museum of Contemporary Art has been supporting the development and promoting the use of Russian Sign Language since 2014. In October 2016, the Museum launched a training course for deaf museum guides to provide competent guides for RSL tours at Moscow’s art institutions and develop an accessible environment for deaf and hard of hearing visitors.

Viktor Palyonny is a doctoral candidate in Pedagogy. He is deaf and is the chief editor at the journal V yedinom stroyu of the Russian National Deaf Society. He has written many articles on the history and culture of deafness and co-authored the book The Man from the World of Silence (2003). He reads lectures on the history of deafness and Russian Sign Language Interpretation at the Moscow State Linguistic University and was one of the authors of the module on the history of the deaf community and deaf artists of Garage’s training course for deaf tour guides.

The event is accessible to hearing visitors: the lecture will be interpreted into Russian Language.

Go to event
Public program for Raymond Pettibon: The Cloud of Misreading