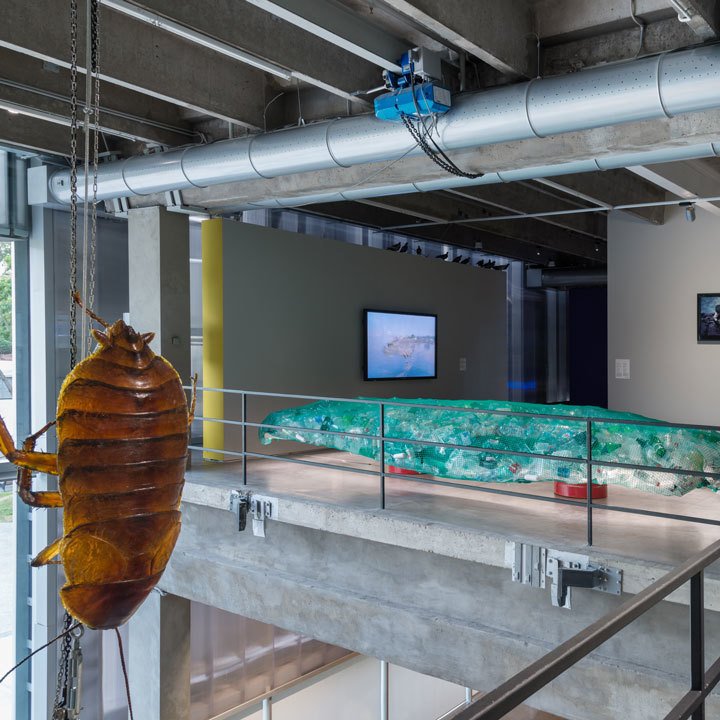 The Coming World is a major exhibition project that brings together historical and new works by over 50 Russian and international artists. It takes a look at a future already in the making, when the environmental agenda will become one of the main political questions.

Snejana Krasteva is a curator at Garage Museum of Contemporary Art. She has a bachelor’s degree in Chinese Language and Literature from Nanjing University and a master’s in Curating from Goldsmith’s College, London. From 2007 to 2009, she worked at the Ullens Center for Contemporary Art, Beijing. From 2011 to 2013, she was a curator at Art on the Underground, London, where she realized a series of public art projects. She has curated numerous exhibitions at Garage, including NSK: FROM KAPITAL TO CAPITAL (2016), the first Garage Triennial of Russian Contemporary Art (2017), The Other Trans-Atlantic. Kinetic and Op Art in Eastern Europe and Latin America 1950s–1970s (2018), and The Coming World: Ecology as the New Politics 2030–2100 (2019). Lives and works in Moscow.

Ekaterina Lazareva is a curator at Garage Museum of Contemporary Art. She graduated from the Faculty of Art History of the Russian State University for the Humanities and from the Rodchenko Art School, Moscow. She is a Candidate of Sciences in Art History. Since 2002 she has organized contemporary art exhibitions in Russia and abroad as an independent curator. Since joining Garage in 2017 she has curated the exhibitions Bone Music (2017), Kholin and Sapgir. Manuscripts (2017), The Fabric of Felicity (2018), and The Coming World: Ecology as the New Politics 2030–2100 (2019). She has published several books, including monographs on Boris Orlov and Viktor Pivovarov, and numerous scholarly and critical articles and essays. In 2019, she and Garage colleagues Valentin Diaconov and Iaroslav Volovod were awarded the Innovation Prize in the nomination Curator of the Year. Lives and works in Moscow.

Do you want to become a part of this? It is easy to join!