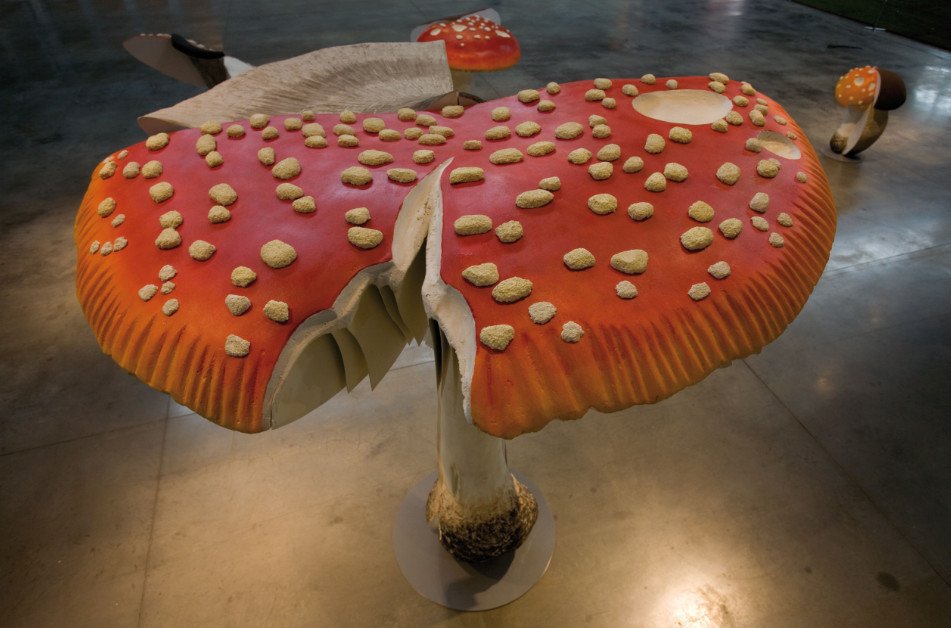 Carsten Höller's five Giant Triple Mushrooms are 3-dimensional collages of enlarged replicas of mushrooms occurring wild in Eurasia, they vary in size from 1 meter to 2.6 meters. Half of their composition is created from a fly-agaric mushroom (Amanita muscaria), which is poisonous and psychoactive, the other half is composed of two randomly chosen mushrooms. The six month installation will mark the beginning of a twice-yearly series of contemporary works to be exhibited within our Entrance Space.

Carsten Höller has realized several works with the fly-agaric mushroom, including the Mushroom Suitcase series and the Upside Down Mushroom Room (2000), which was shown in 2005 at MOCA in Los Angeles. His fly-agaric replicas are large-scale and often spin or hang upside down from the ceiling. The artist has also created photographic works based on the fly-agaric, entitled Mushroom Print (2003) and Soma Series (2008).

The artist’s interest in fly-agaric mushrooms is based on their phenomenological and psychoactive properties. Carsten Höller is fascinated by the idea that the fly-agaric might have played a major role in the development of schamanism and human culture long before the occurrence of the now dominant forms of religion, which is still reflected by its use in folk handicraft. It is a symbol which has lost its meaning, and therefore becomes an even stronger hint at the possibility of another culture, old or new (Baldo Hauser).

The Giant Triple Mushrooms have also evolved from the artist's continued exploration of the idea of ‘divided’ and ’double’. He uses either a simple formula of division or more complex mathematical solutions to divide and re-divide spaces and objects. For example, in association with Fondazione Prada, he opened The Double Club in London (2008-2009) - the now famous bar, restaurant and discotheque, where the experience of the interiors, music and dining were divided completely into ‘Congolese’ and ‘Western’ parts. Earlier this year, he opened the exhibition Divided Divided at Museum Boijmans Van Beuningen in Rotterdam, the Giant Triple Mushrooms were first shown as part of this exhibition. 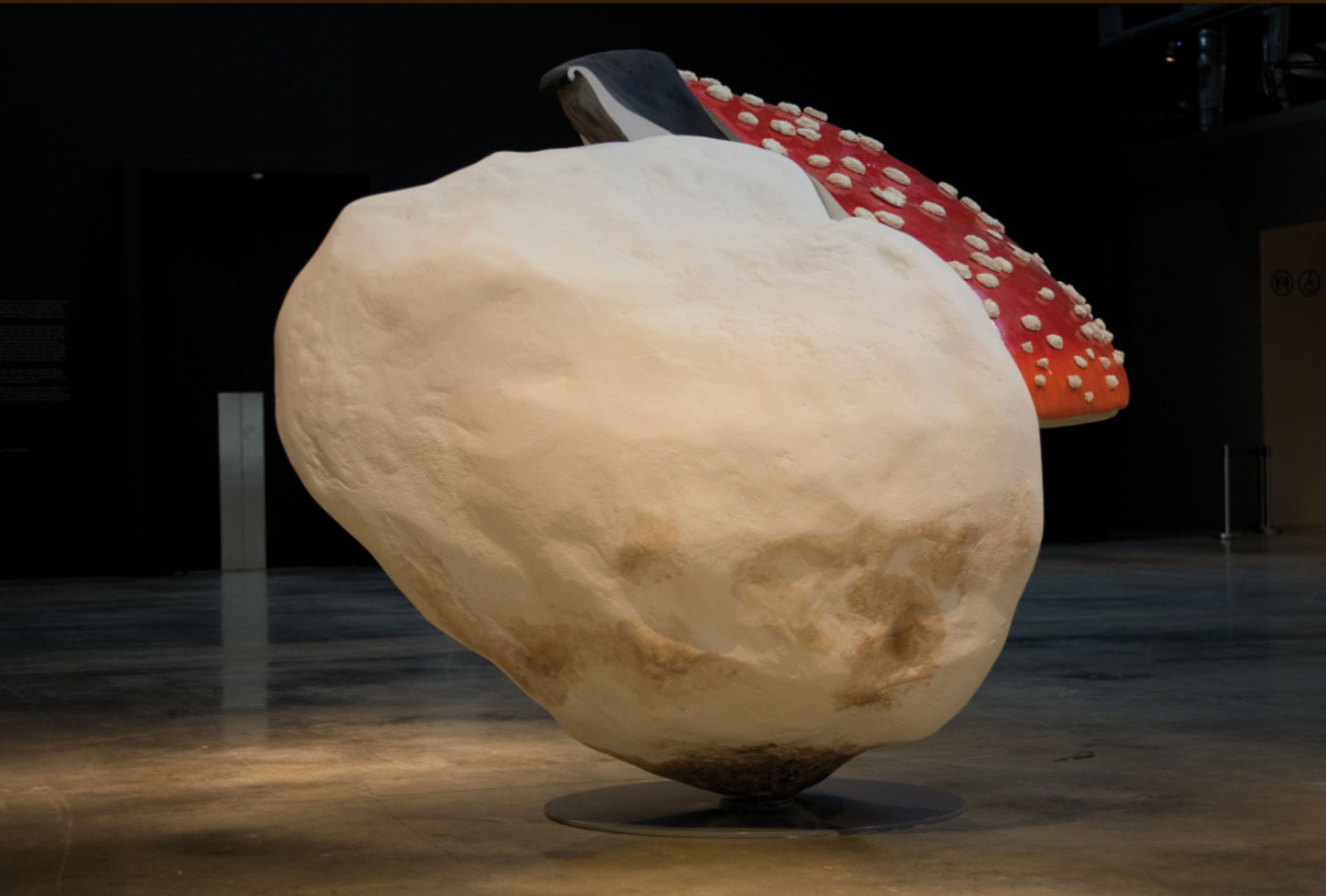 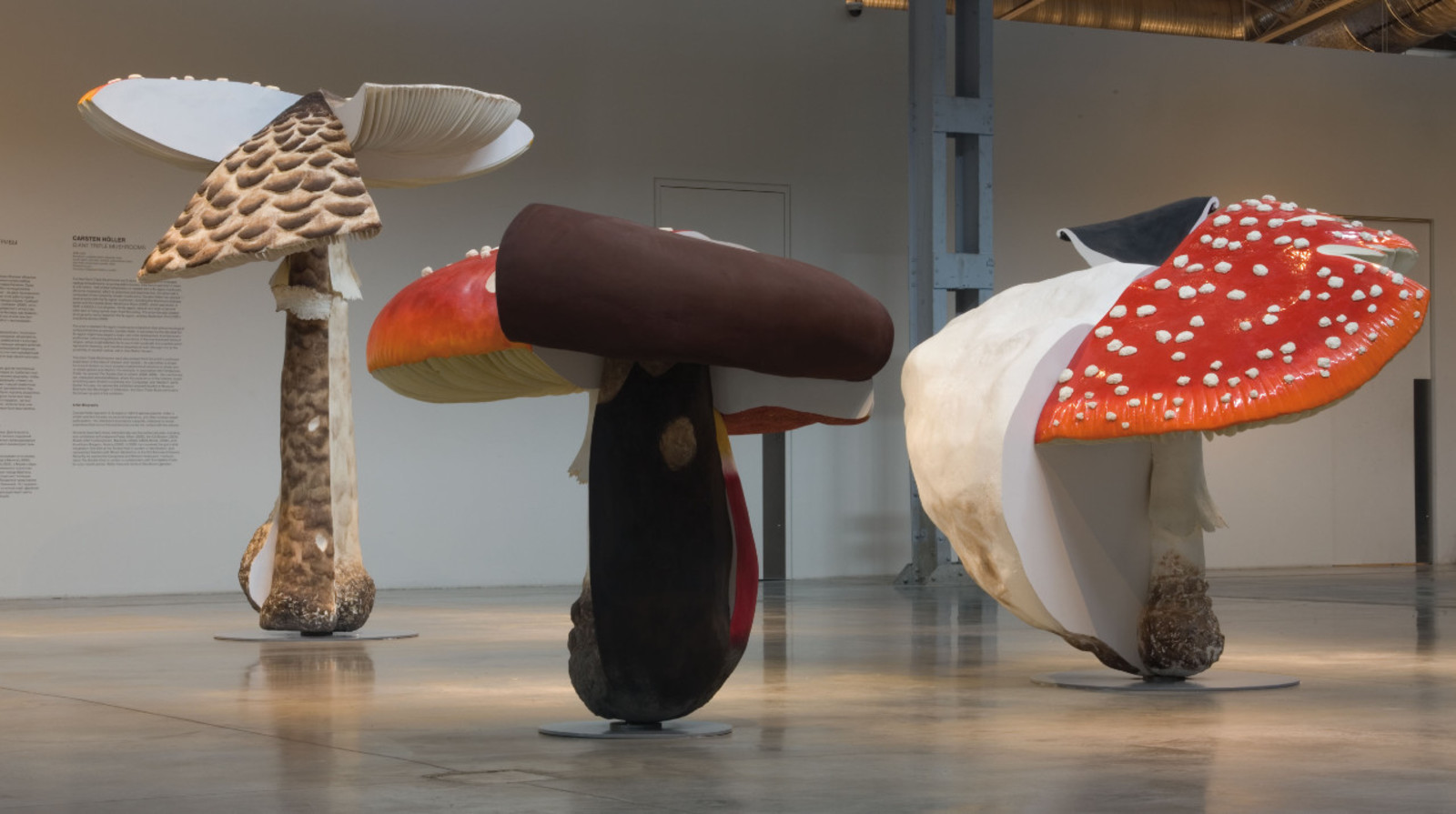 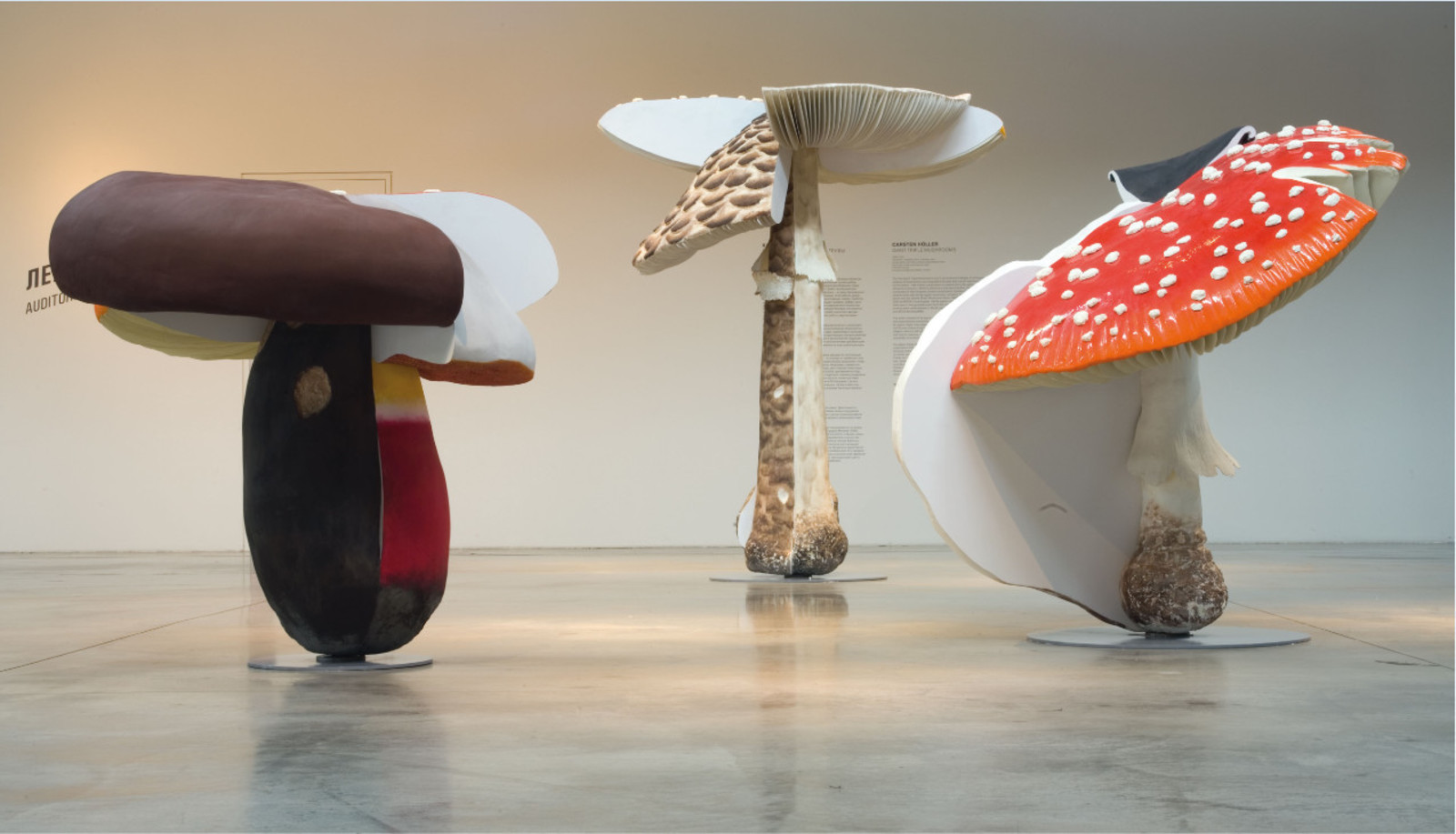 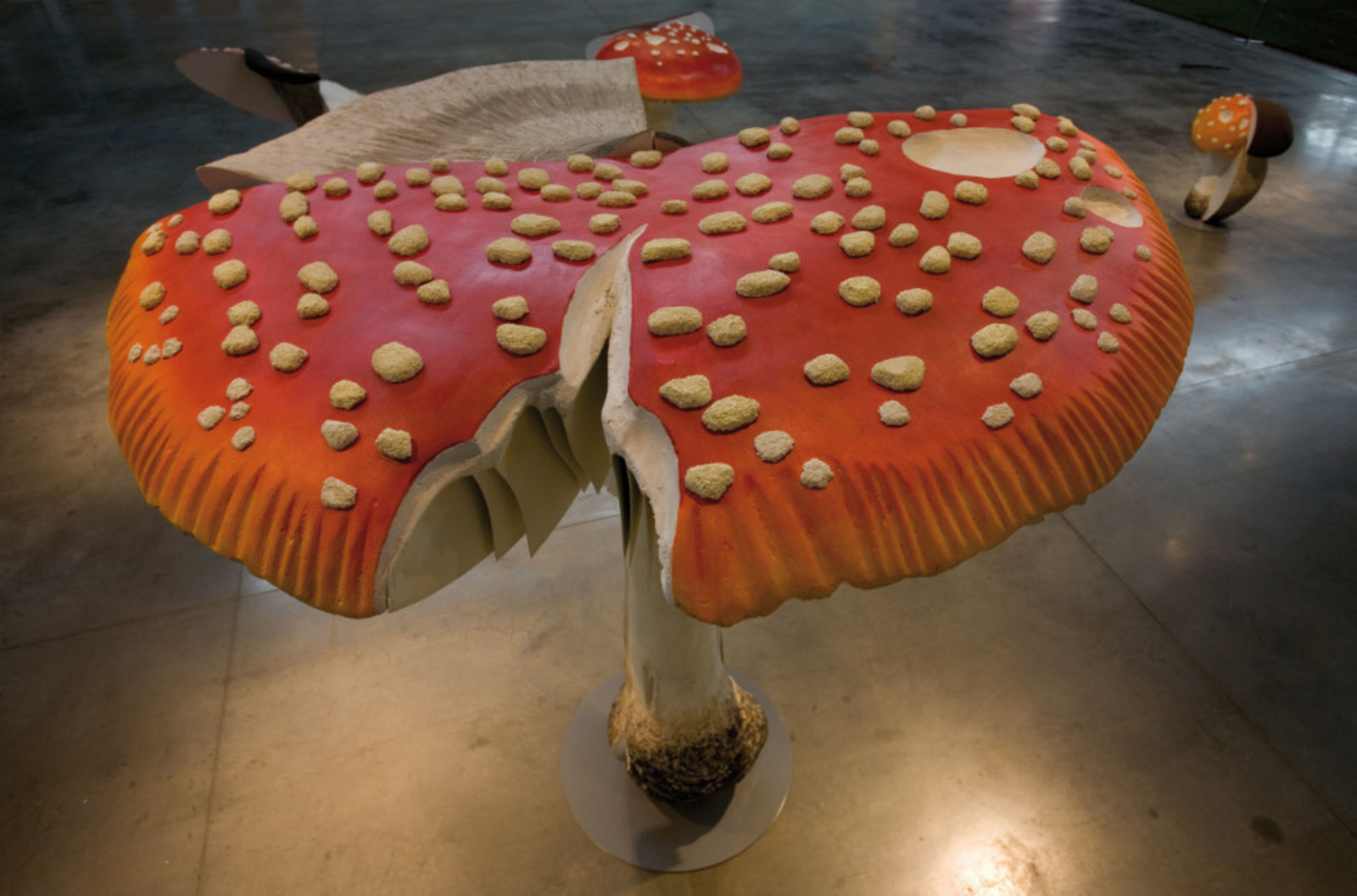