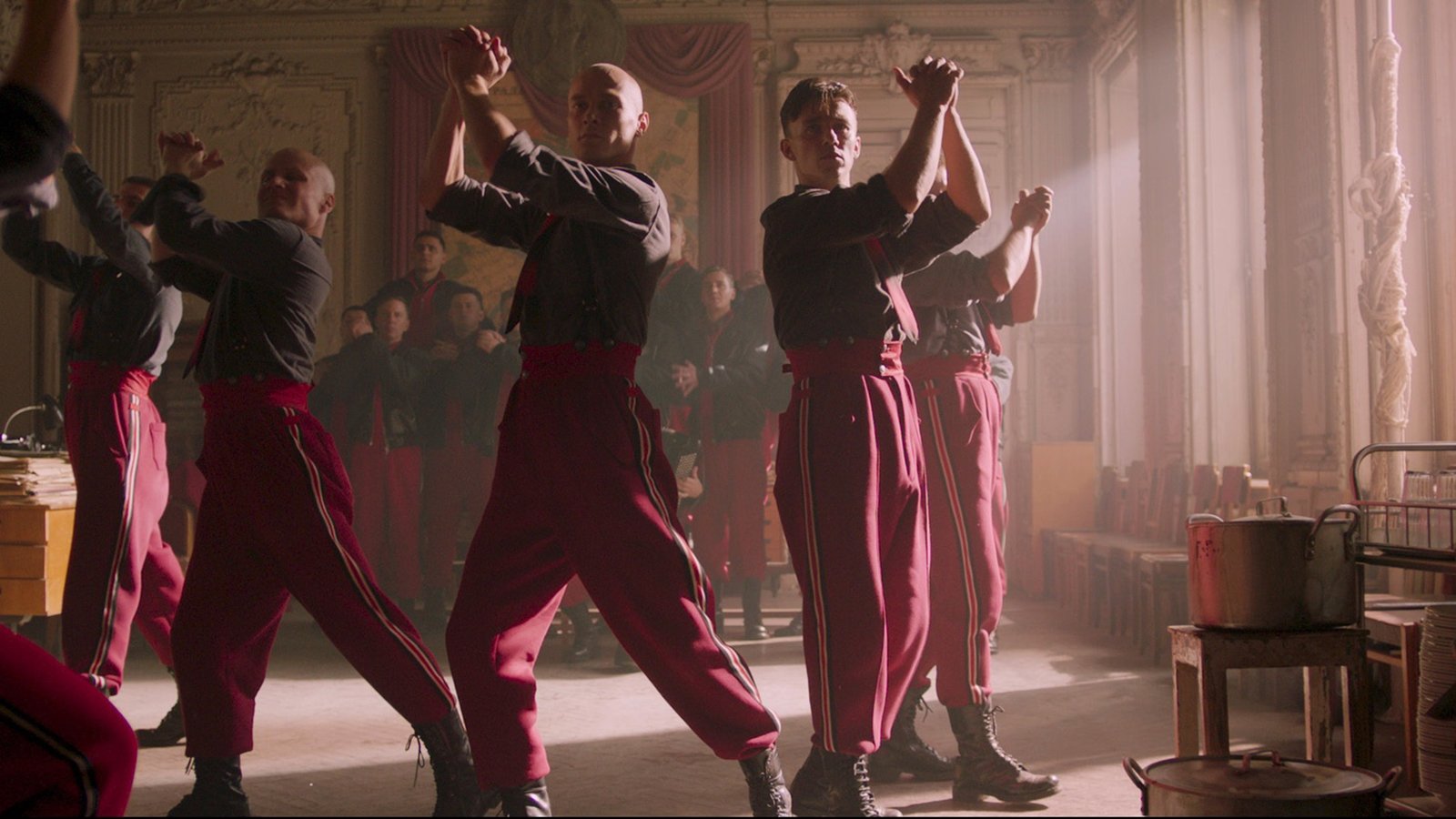 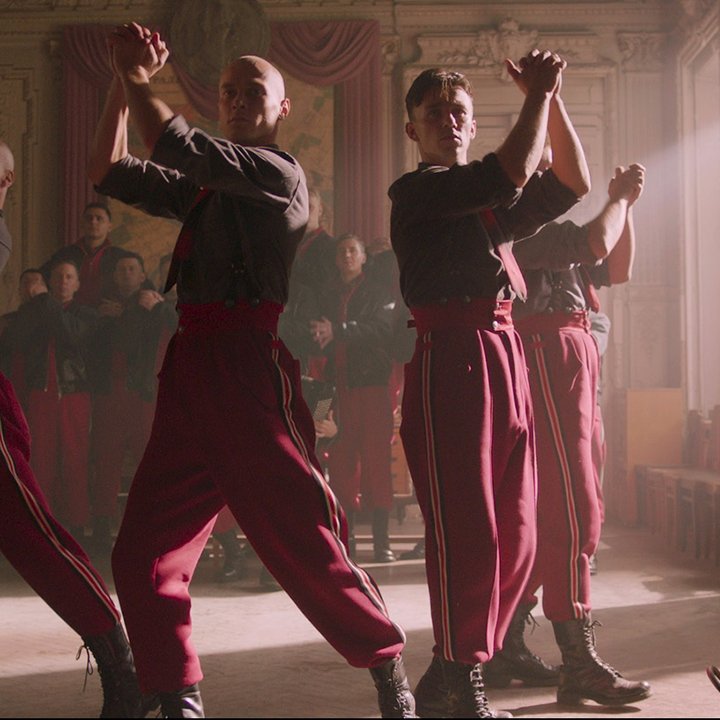 Leningrad, 1938: law enforcer Volkonogov finds out that he will forever suffer in hell for his crimes against humanity—torturing and murdering innocent people. His only chance to avoid such fate is by repenting and being forgiven by at least one of his victims. The new work by Natasha Merkulova and Aleksey Chupov is perhaps the first in the history of the new Russian film to revisit the frightening, cyclical, and once again concealed reality of Soviet Russia through art comics. At Garage Screen summer cinema, the film will be introduced by the directors Natasha Merkulova and Aleksey Chupov and followed by a Q&A.

In an imaginary 1938, as if created by an avant-garde artist, the grey Leningrad is covered in images from the paintings of Malevich and Filonov. Law enforcers (the National Security Service, or NKVD, is not directly mentioned in the film) are behind their plan for arrests: people are being detained, tortured, and executed. During occasional purges, the executioners themselves fall victim to the state violence.

Captain Fyodor Volkonogov (Yuri Borisov) does not want to be a victim and decides to escape. To further complicate his situation, a ghost of Volkonogov’s former colleague appears and tells him that his soul is doomed to suffer in hell—although Volkonogov still has a chance to save himself. What he needs is to be forgiven by one of his victims.

Without trying to reconstruct the actual events of the era of the Great Terror, Captain Volkonogov explores it through the aesthetics of genre cinema, fantasy, and superhero tropes. The law enforcers in the film look like the oprichniks from the second series of Eisenstein’s Ivan the Terrible and Gosha Rubchinskiy models at the same time. Neither does the gloomy Leningrad with dilapidated pre-revolutionary mansions resemble the city you will find in an old photograph. The world of the film is made of avant-garde imagery with elements of steampunk, retrofuturism, and conceptual anachronisms. This approach has allowed Natasha Merkulova and Aleksey Chupov (Intimate Parts; The Man Who Surprised Everyone; Call Center) to work with the important collective trauma and create a fable about Russian history. The other side of the myth about the strong state is a story of the death of the soul and the impossibility of saving it. The film premiered at the 78th Venice Film Festival.