Garage Auditorium
Go to event
Public program for The Coming World: Ecology as the New Politics 2030–2100 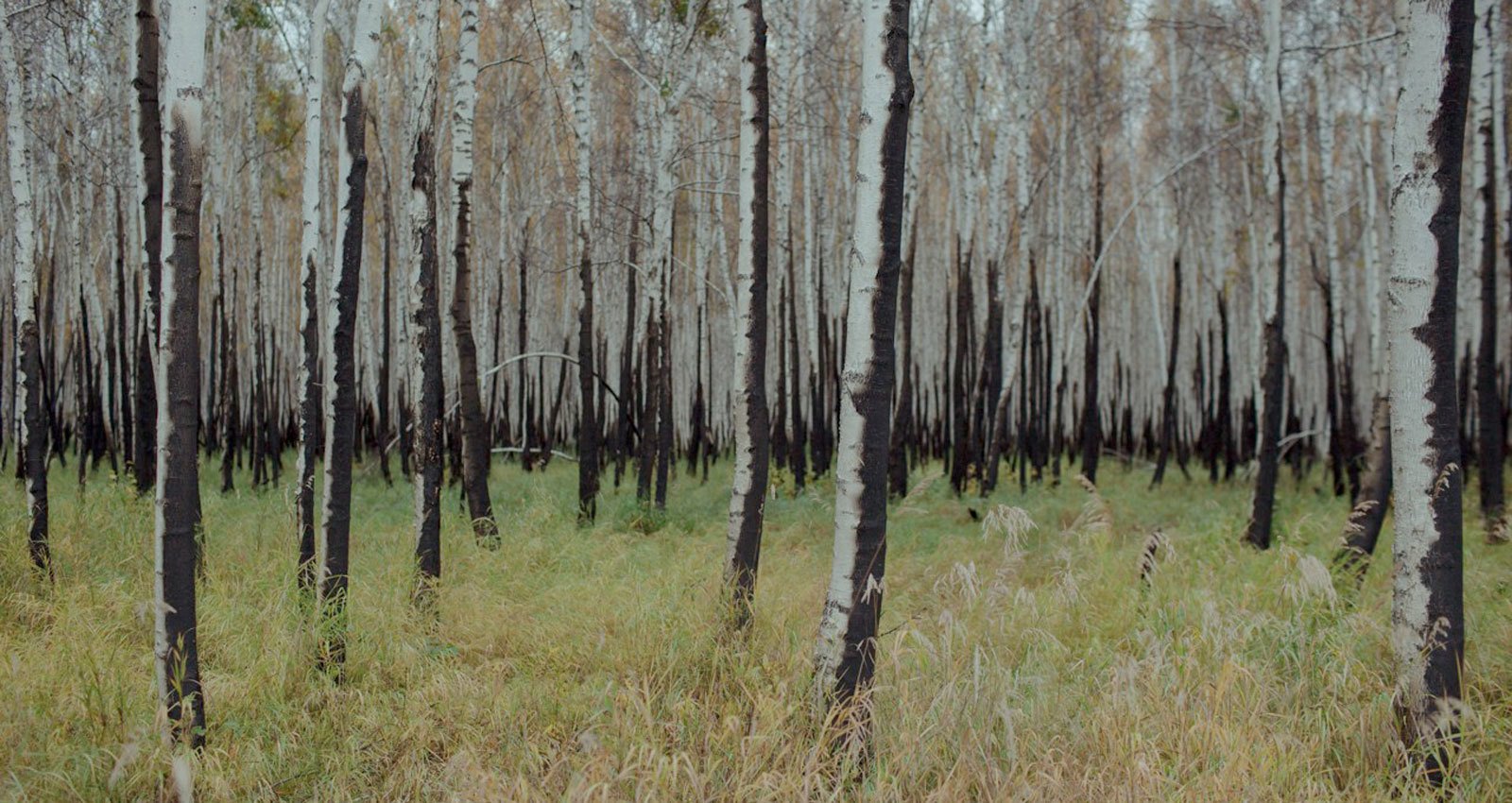 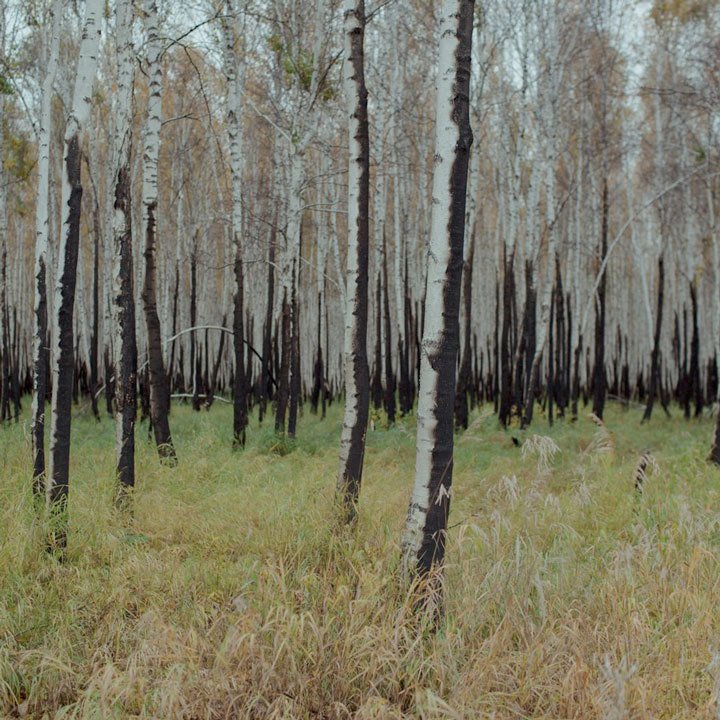 As the exhibition The Coming World: Ecology as the New Politics enters its first weekend, Garage will be running a two-day Artist Talk Marathon, featuring artists Tori Wrånes, Gints Gabrāns, Erwin Driessens and Maria Verstappen (Driessens & Verstappen), Sergei Kishchenko, Anastasia Potemkina, Martin Rosengaard (Wooloo), Boryana Rossa, Tita Salina, Bill Fontana, Mella Jaarsma, and members of finger group, who will speak about their works on show, their respective practices, and the philosophy of art, along with answering questions from the audience.

Why is it important that lips don’t cry? How is it possible to eat paper for the benefit of the coming world, without consequences for one’s health? Are honey bees really dying out, and what do they teach us? What happens if yeast bacteria are endowed with the gene of spirituality? Thirteen artists, many of whom are visiting Russia for the first time, will share some exciting ideas that challenge common opinions and knowledge, expanding our understanding of ecology and the environment.

Moderators: Snejana Krasteva and Ekaterina Lazareva, curators of the exhibition The Coming World

Driessens & Verstappen — Erwin Driessens (b. 1963, Wessem, The Netherlands) and Maria Verstappen (b. 1964, Somerem, The Netherlands) have worked together since 1990. They studied at the Academy of Fine Arts in Maastricht and the Rijksakademie in Amsterdam. Driessens & Verstappen have participated in numerous exhibitions in galleries and museums, and they give lectures and presentations at universities, art academies, festivals, and conferences worldwide. Solo exhibitions have taken place at Young Projects, Los Angeles (2017); DAM Gallery, Frankfurt (2014); Mediamatic, Amsterdam (2002); Le Sous Sol Gallery, Paris (1996); and Optica, Montreal (1995). They have taken part in group shows at the Centre Pompidou, Paris (2018); Science Gallery, Dublin (2017); GEM Museum for Contemporary Art, The Hague (2013); Cordoaria Nacional, Lisbon (2009); and Centraal Museum, Utrecht (2007). In 1999 and 2001 they were awarded first prize at VIDA, an international competition for art and artificial life. In 2013, the couple received the Witteveen+Bos Art+Technology Award. They live and work in Amsterdam.

finger was founded in1998 by Florian Haas and Andreas Wolf. In 2008, they founded an apiary on the rooftop of the Museum of Modern Art in Frankfurt. This was a base for their artistic practices until 2018. The group’s activities there included beekeeping, contemporary art, environmental education, and participatory social projects. Since 2012, finger has been presenting The New Museum of Bees, which addresses both human visitors and bees. The group members live and work in Frankfurt.

Bill Fontana (b. 1947, Cleveland, USA) is a composer and media artist who has developed an international reputation for his pioneering experiments in sound. He studied philosophy and music at the New School for Social Research in New York, USA. Since the early 1970s, Fontana has used sound as a sculptural medium to interact with and transform our perceptions of visual and architectural spaces. His work has been exhibited at the Whitney Museum of American Art, New York; San Francisco Museum of Modern Art; Museum Ludwig, Cologne; the Art History and Natural History Museums in Vienna; the Tate, London; and the 48th Venice Biennale (1999). He won the 2012 Prix Ars Electronica Collide@CERN Prize. He lives and works in Los Angeles.

Sergei Kishchenko (b. 1975, Stavropol) makes installations, performances, photographs, films, and videos. After studying theatre and the economics of culture, Kishchenko focused on artistic practices. He studied at the Institute of Contemporary Art, Moscow and Open School Manege/Mediartlab, Moscow, and completed an internship at Goldsmiths University, London. Solo exhibitions include: Observation Journal, Vavilov Institute of Plant Genetic Resources, St. Petersburg (2017). He lives and works in Moscow.

Anastasia Potemkina (b. 1984, Moscow, Russia) lives and works in Moscow. In 2008, she graduated from the Moscow Institute of Architecture where she majored in experimental architectural design. In 2012 and 2013, she studied at the Academy of Fine Arts in Vienna. Since 2011, she has been a member of the group Urban Fauna Lab that has organized shows Urban Sauna. How I Learned to Stop Worrying and Love the Pollution at the Winzavod Contemporary Art Centre, Moscow (2017), New Leaders of Regional Development at the GULAG History State Museum, Moscow (2017) and Outer Green at the All-Russian Exhibition Centre / VDNKh, Moscow (2014). Her solo shows include Bad Seed Renaissance at Triumph Gallery, Moscow and Pavilleon, Zurich (2016) and A Few Words about Politeness at Taiga Space, St. Petersburg, as part of Manifesta 10 (2014). Group exhibitions include: 7th Moscow Biennale of Contemporary Art, New Tretyakov Gallery (2017); Hosting the Inhuman, MMOMA, Moscow (2017); 1st Garage Triennial of Russian Contemporary Art, Garage Museum of Contemporary Art, Moscow (2017); Expanding Space. Artistic Practice in the Urban Environment, GES-2, Moscow (2015); IK-00: The Spaces of Confinement, Casa dei Tre Oci, Venice (2014); Angry Birds, Museum of Modern Art, Warsaw (2012); and The Way of Enthusiasts, Casa dei Tre Oci, Venice (2012).

Boryana Rossa (b. 1972, Sofia, Bulgaria) makes performances and bio-art installations. She has an MA from the Bulgarian National Academy of Arts in Sofia and in 2012 was awarded a PhD by Rensselaer Polytechnic Institute, New York. She is currently an assistant professor in Transmedia at Syracuse University, USA. Rossa has participated in numerous exhibitions worldwide, including the 5th Thessaloniki Biennale (2015). She is a recipient of the Ruf Award for contemporary art (2014) and the Essential Reading for Art Writers award from the Institute of Contemporary Art in Sofia (2008). She lives and works in Bulgaria and the US.

Tita Salina (b. 1973, Palembang, Indonesia) makes videos, installations, and performances which examine the social and ecological situation in Indonesia and surrounding regions. She studied graphic design at Jakarta Institute of Arts. Salina has participated in numerous exhibitions, including biennales in Singapore, Jakarta (Indonesia), Yogyakarta (Indonesia), Yinchuan (China), and Taiwan. She lives and works in Jakarta.

Tori Wrånes (b. 1978, Oslo) is a vocalist and artist, working with the mediums of performance, sculpture, video, and installation. Participant of exhibitions at the Uyazdovsky Castle Center for Contemporary Art (Warsaw), Charlottenborg Kunsthal (Denmark), Carl Freedman Gallery (London), as well as the 19th Sydney Biennial, PERFORMA 13 Festival (New York), Colombo Art Biennale (Sri Lanka), and other shows. She lives and works in Oslo.

The event will be held in Russian and English with simultaneous translation.

The event is accessible for deaf and hard of hearing visitors and will be interpreted into Russian Sign Language.