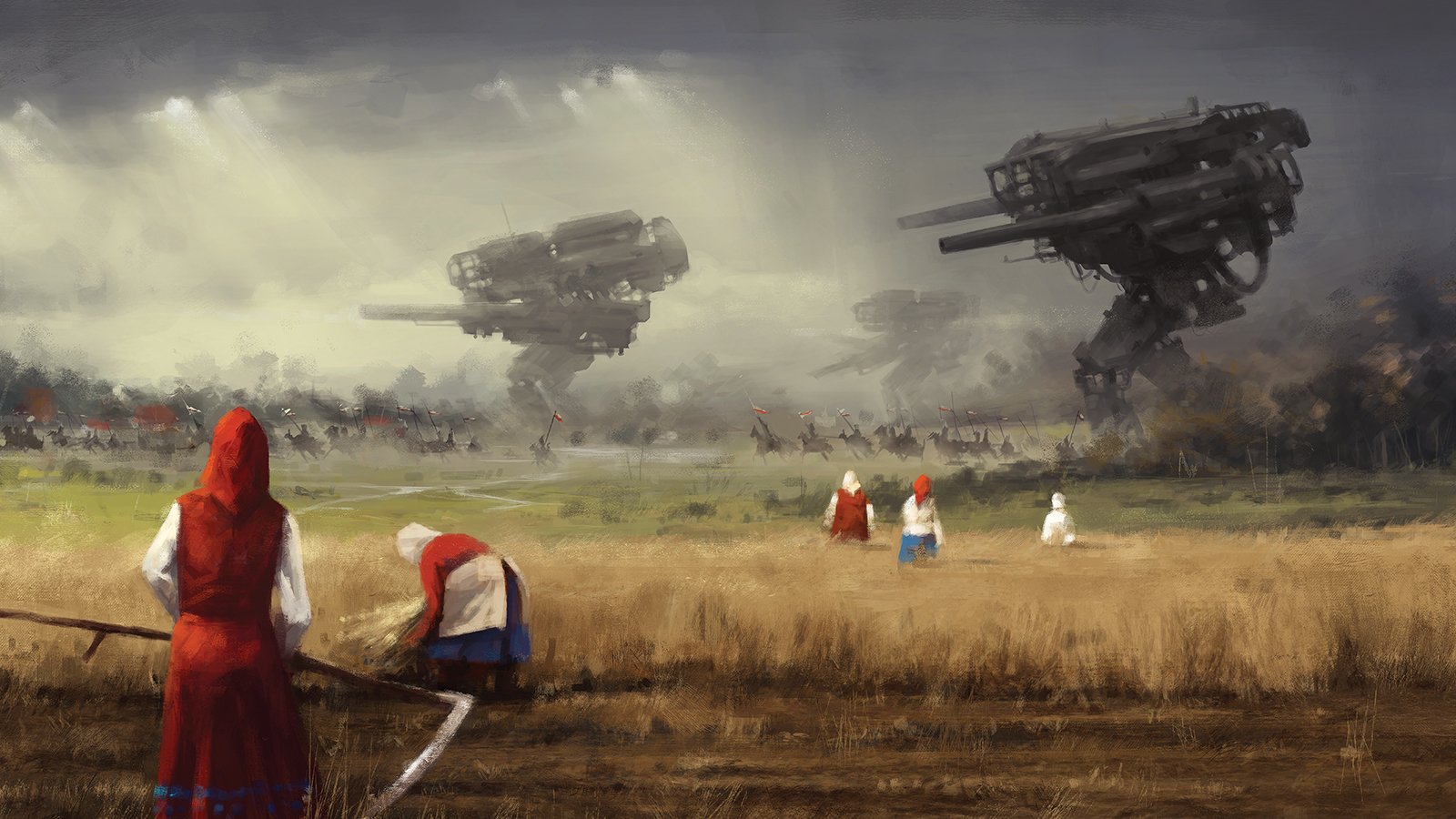 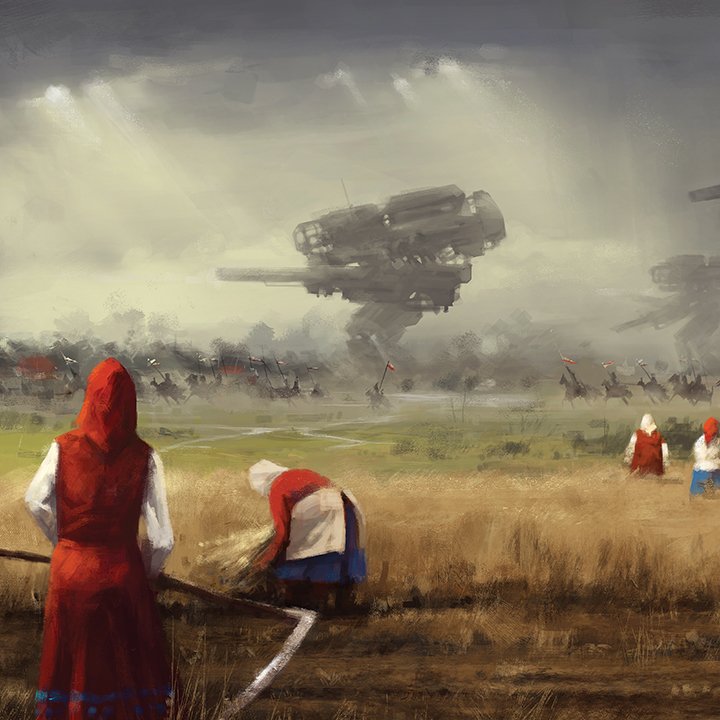 As part of the the public program for the exhibition by Thomas Demand, book club participants will study the best examples of alternative history fiction and discuss how and why their authors question the idea of historical progress.

“What would have happened if…?” This is a question humans have been asking themselves since antiquity—the time where the great deeds of statesmen and military leaders were not unlike those of the legendary heroes. Indeed, one of the earliest examples of AH writing was Ab Urbe Condita Libri [Books from the Founding of the City] by Titus Livius, in which he described a hypothetical clash between the Roman Republic and Alexander the Great as if he had not died over a century earlier.

Later, alternative history became an independent literary genre, which always flourished in times of turbulence, whether it was the fall of Napoleon, the Second World War, or an economic crisis. Today, we are witnessing another rise, with stories of Donald Trump not coming to power, Hillary Rodham not marrying Bill Clinton, and time travelers from Russia migrate to the past by the thousands to organize a conquest of Europe. The plots are countless.

Just like Thomas Demand’s works that shimmer between fact and fiction, the best AH writings reverse time to throw a spotlight onto particular specificities of the era they describe. Their main point is to question the assumption that progress has taken the path it had to, and to which there was no alternative.

Participants will discuss how authors come to AH writing: some, like Stephen Fry and Laurent Binet, use it as a device for a satirical review of our cultural givens; others, like Kim Stanley Robinson and Stephen King, are actually interested in modeling an alternative world. Others again, like Philip K. Dick, turn to the genre in order to question the objective reality. After all, an alternative history is not as frightful as its potential absence.

Sergey Lebedenko is a novelist, writer for the newspaper Novaya Gazeta, the author of the podcast Knizhnaya ssylka and the blog Knigizhar; a winner of the _Litblog Award. He has co-authored four books and has been a co-curator of the column Tests in the magazine Prochtenie. He is currently preparing his first novel for publication.

Free admission with advance registration.
Participants are recommended to read the books before the meetings. 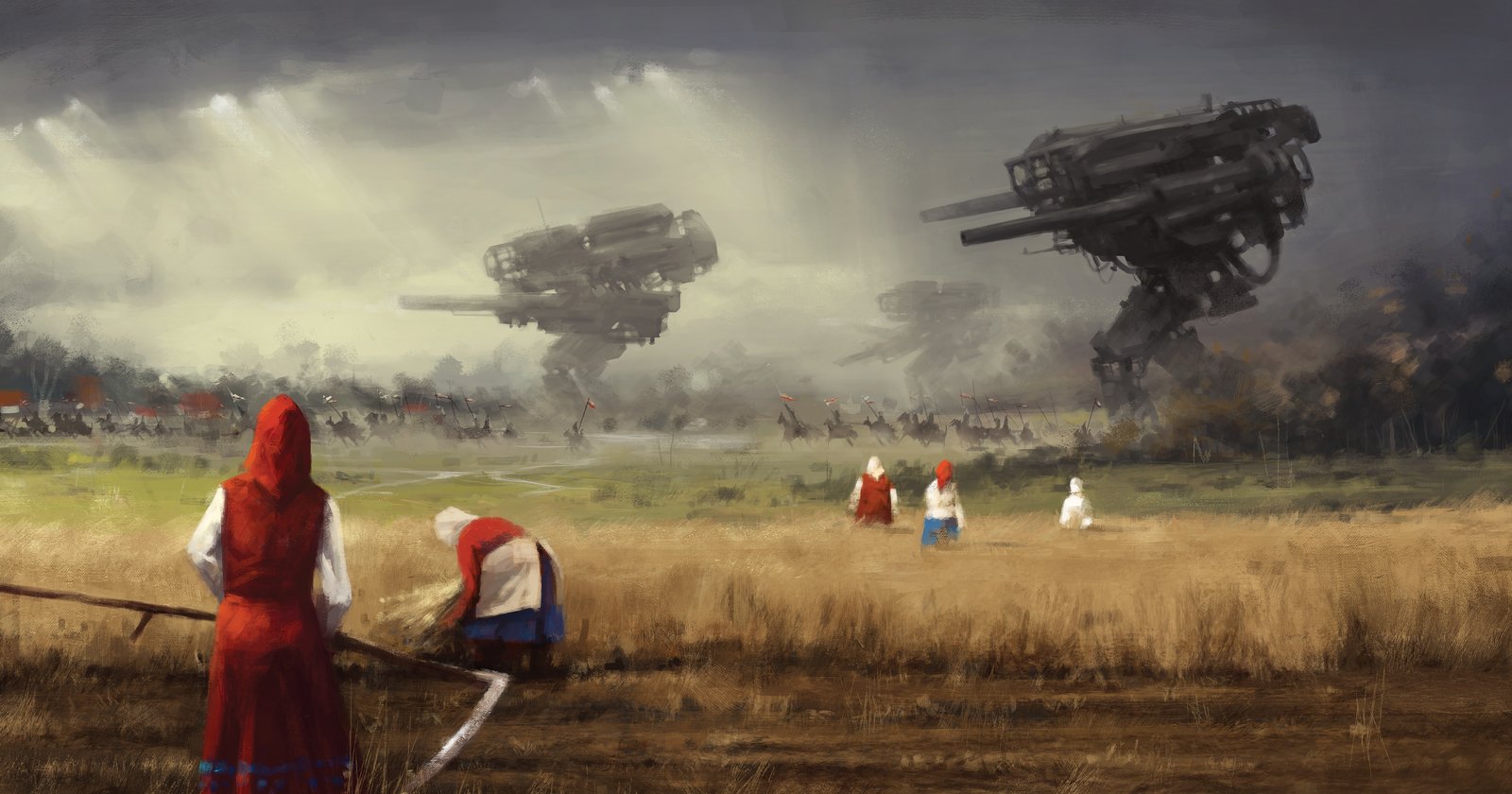 Jakub Rozalski, Before the Storm, from the series World of 1920+
Courtesy of the artist

Jakub Rozalski, Before the Storm, from the series World of 1920+
Courtesy of the artist

A history student at Cambridge University and a weary physicist decide to travel back in time to prevent the birth of Hitler. But will it actually change history? And if so, won’t the alternative be much worse?

The famous novel by the British author and comedian shows that alternative history can be a space for satire as well as for our fear and phantasy projections.

Kim Stanley Robinson, The Years of Rice and Salt (2002)

A medieval plague epidemic has wiped out the population of Europe, creating a universe where America is discovered by Chinese explorers, the industrial revolution starts in India, the world’s main religions are Islam and Buddhism, and reincarnation is real.

Driven out from their colony in North America, Vikings travel to Mexico and Cuba, bringing iron and horses to the local population.

Later, Columbus and his crew die in a battle with the Incas, and the Inca emperor Atahualpa lands in Spain.

Binet constructs an inverse world where Native Americans have colonized Europe and, through a clash of civilizations, shows how our contemporary views of the colonial era were formed and how colonialism itself has affected our literature and culture.

Interested in the assassination of John F. Kennedy since the 1970s, after a study of evidence and scientific research on the subject, in 2011, Stephen King finally presented his own theory of the conspiracy against the 35th President of the USA.

Most alternative worlds are better than ours, but what if a different reality was worse?

Quentin Tarantino. Once Upon a Time in Hollywood (2021)

The story about a western actor and his stunt double saving Sharon Tate from the Manson Family, previously released on film, is now available to read.

Once Upon a Time in Hollywood is also a study of the relationship between power and violence in the entertainment industry (we see a stunt double Cliff Booth murdering his wife without facing justice) and a novel about Charles Manson’s Family—a destructive sect that has exposed corners of the human soul so dark that many contemporary writers are still drawn to the subject today.

We will compare the book to the film and discuss how Tate’s murder became a decisive moment in the history of the film industry.

The Axis Powers have won the Second World War, the USA partitioned by Imperial Japan and Nazi Germany. In the buffer zone between the two countries, a mysterious book emerges written by “the Man in the High Castle” that describes a victory over the Nazis…

Exploring life in an alternative world, this AH classic also presents the radical possibility of our own reality being a mode or an alternative to a different one.