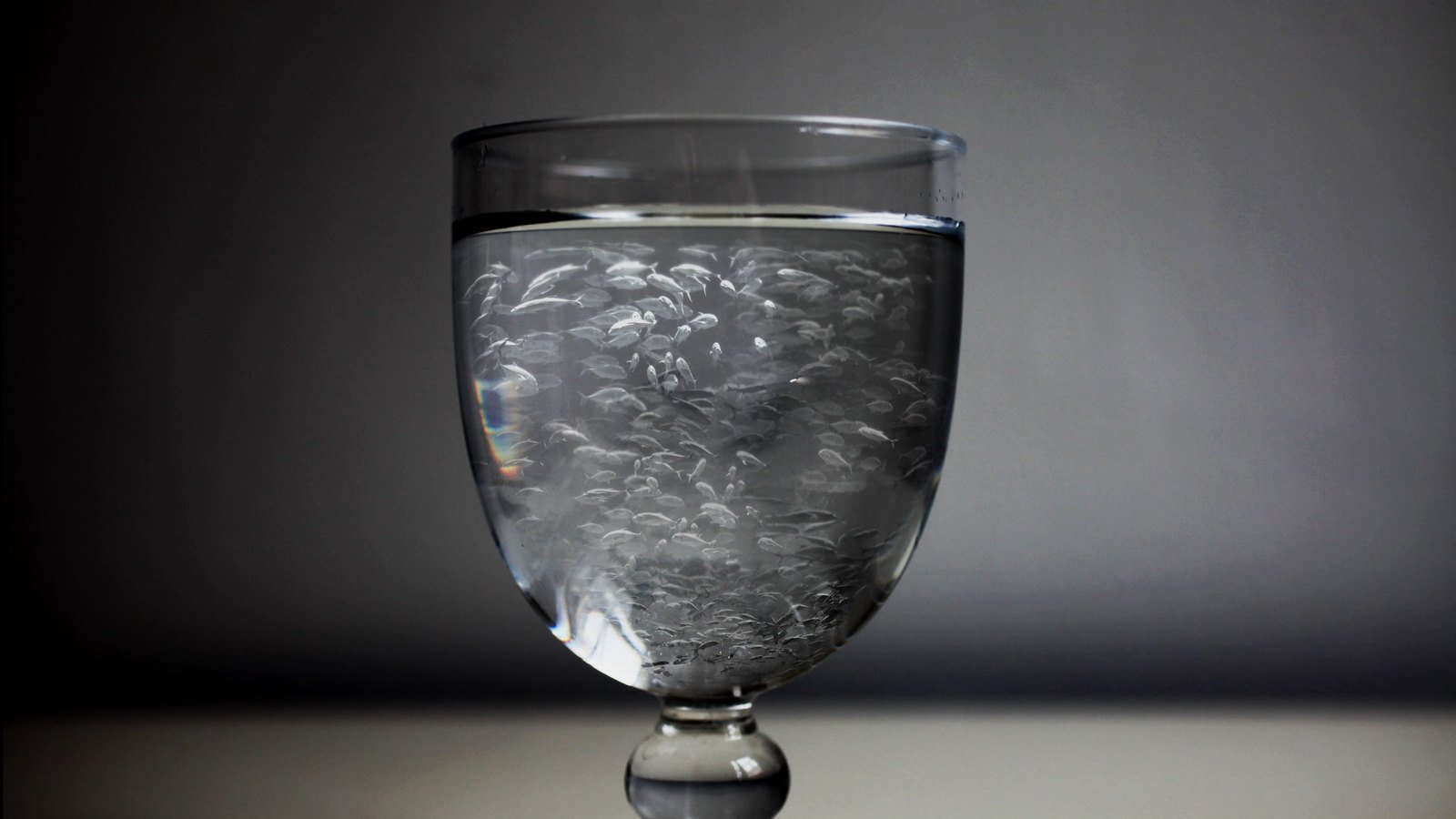 There are six minutes over which an optic illusion is presented as a sequence of mysteries. There is a yolk in fried eggs transforming into a substance resembling the sun surface. There is a big fish moving through a glass vessel suddenly falling into fry. 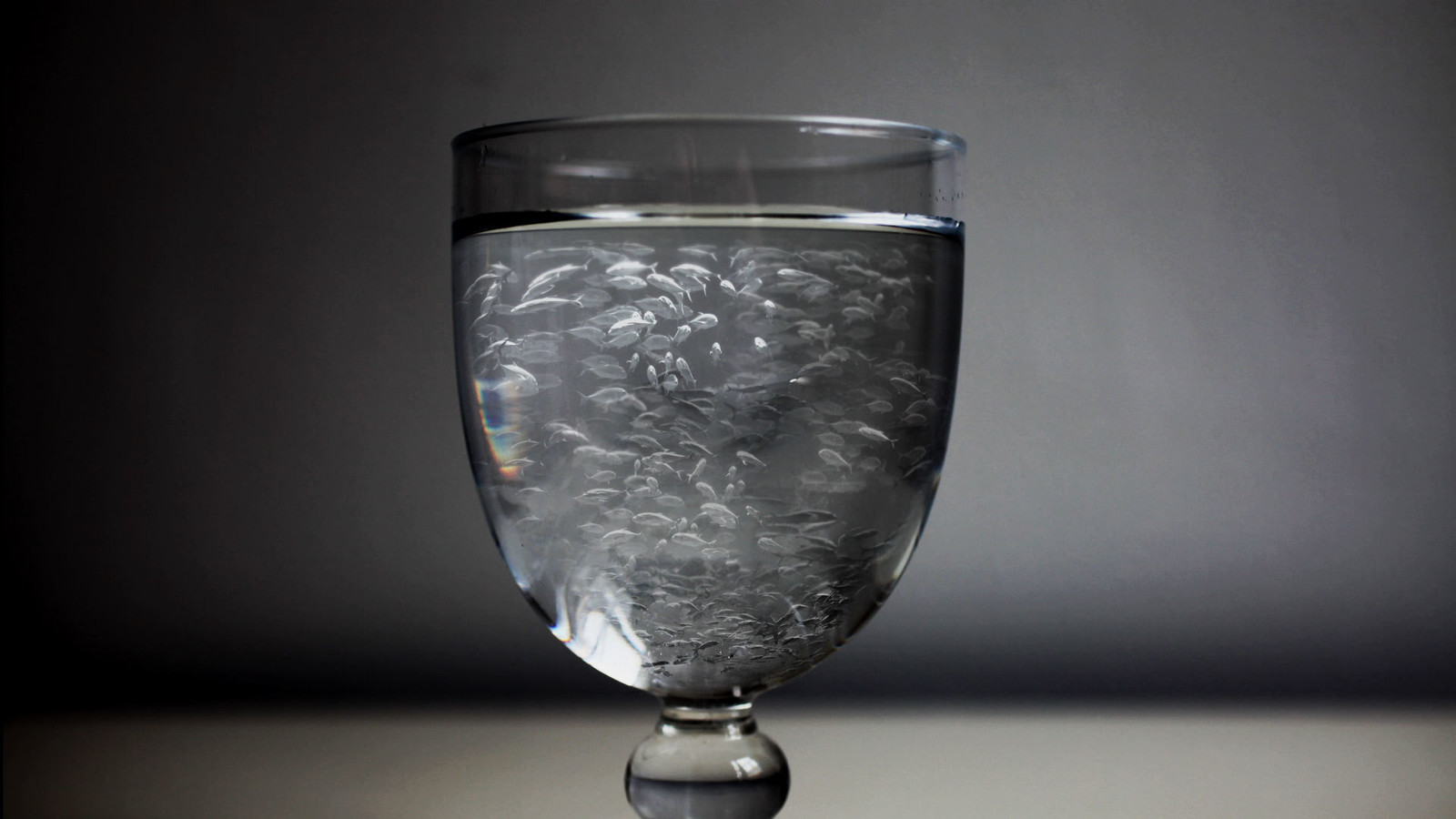